A cute little red-painted turf house catches one's eye in Bakkagerði village in Borgarfjörður-Eystri in East-Iceland. As you might know from my previous travel-blogs then I have written about almost all of the remaining turf houses and turf churches in Iceland.

These turf houses are of great interest to me and I seek these old houses out on my travels in Iceland. 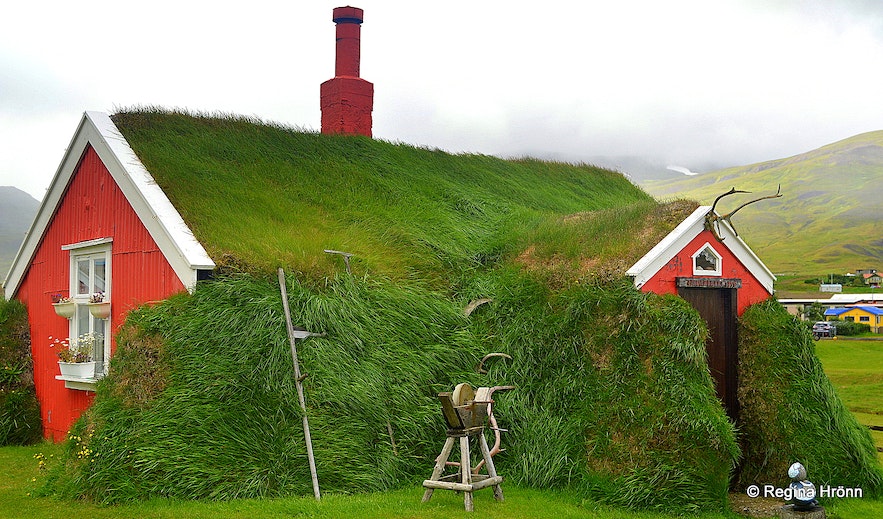 The turf houses are our architectural heritage, but unfortunately, there are only a few of them left, most of which belong to Þjóðminjasafn Íslands - the National Museum of Iceland.

The majority of Icelanders used to live in turf houses in the olden days and the last inhabitants moved out of the turf houses around 1966. 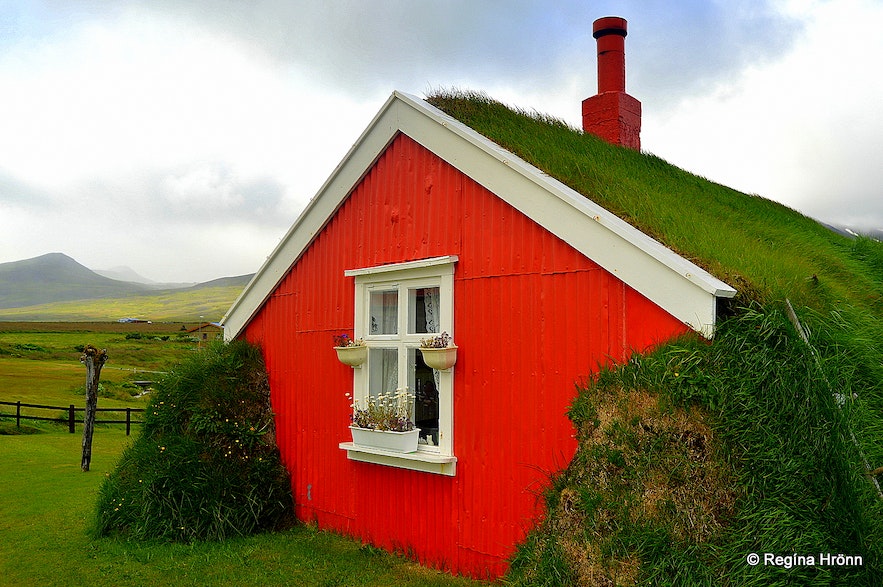 The lady who lives in this cute little turf house lives there only in the summertime, from mid-May until the end of August, so Lindarbakki is a summer house, as it were.

Her name is Elísabet Sveinsdóttir (85), called Stella, and she lives in Kópavogur town in the wintertime, but Kópavogur is part of the Great-Reykjavík area where I live.

Elísabet has stayed at Lindarbakki turf house every summer since 1979. 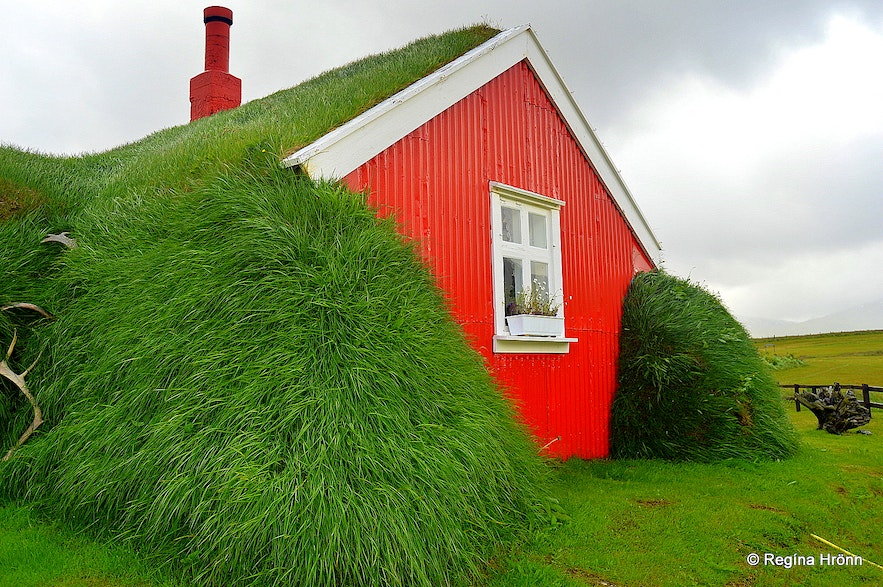 I had read in the newspaper before leaving on our trip from Reykjavík to East-Iceland, that Stella welcomes visitors. So we knocked on her door and she showed us around inside her lovely house.

I was too shy to ask her if I could take photos of inside her home, so I have only photos from the outside to show you.

The oldest part of the turf house dates back to 1899, but the woodwork is mainly from 1934. The cellar and the well are original. 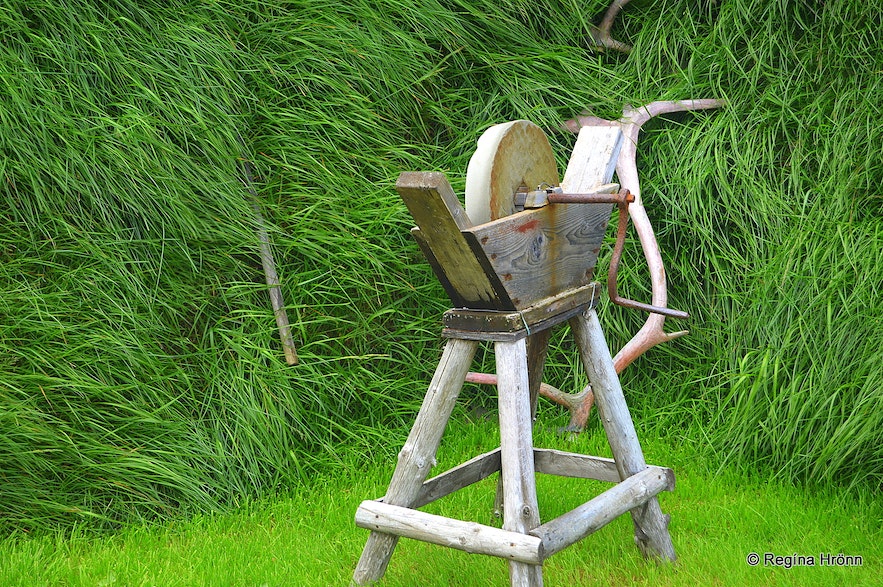 Elísabet and her late husband, Skúli Ingvarsson, bought this lovely little turf house in 1979. When they bought the house the deed said: "Lindarbakki is very old, built out of turf, stones, wood, and cement and is in many ways, not a fashionable property" :)

Elísabet and Skúli put a lot of work into rebuilding the turf house, which is a one-bedroom 30 sq.m. house, with a cellar and a well underneath the house. They added a shed behind the turf house in the same style as Lindarbakki turf house, a lovely red painted turf outhouse, containing old artifacts and equipment, which the couple collected through the years. 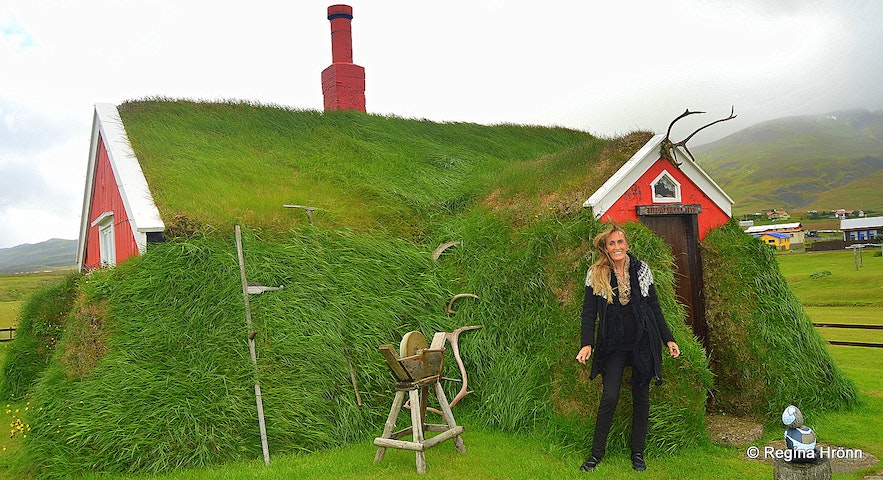 Lindarbakki is heated by an original old oil-heater, but nowadays the houses in Iceland are heated by geothermal water. Elísabet maintains the turf house with help from local people. One part of the maintenance is to mow the roof!

This cute little picturesque turf house is one of the landmarks of Bakkagerði village and it is a popular photo motive for tourists and Icelanders alike visiting Borgarfjörður-Eystri. 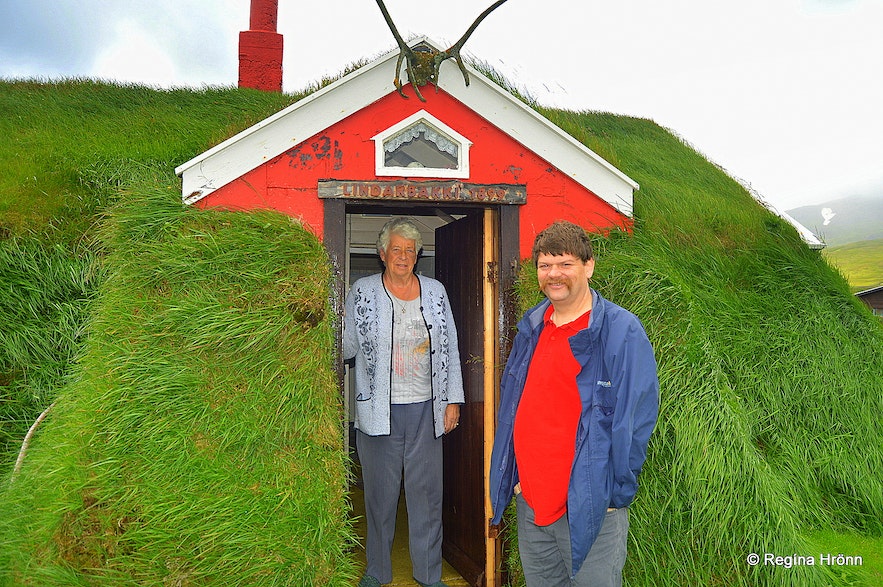 Elísabet and my husband at Lindarbakki

I have written another travel-blog about Borgarfjörður-Eystri as in the cute little village of Bakkagerði you will also find a myriad of puffins from April until mid-August, which is their breeding season. And here you will also find the residence of the Queen of the Elves of East-Iceland:

To visit this area you can rent a car in Reykjavík and include Borgarfjörður-Eystri on your ring-road tour.