I recently went on a fantastic tour with my mother, where I explored a beautiful canyon in Iceland - Stakkholtsgjá canyon.

We were a group of Icelandic people travelling together and were headed to Þórsmörk National Park on a day trip. One of the stops on the way was to hike into this beautiful canyon. 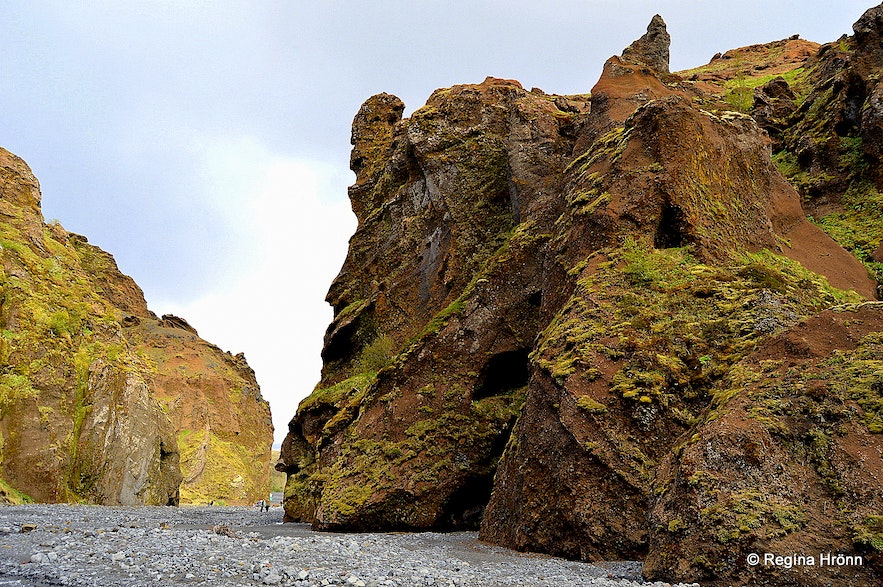 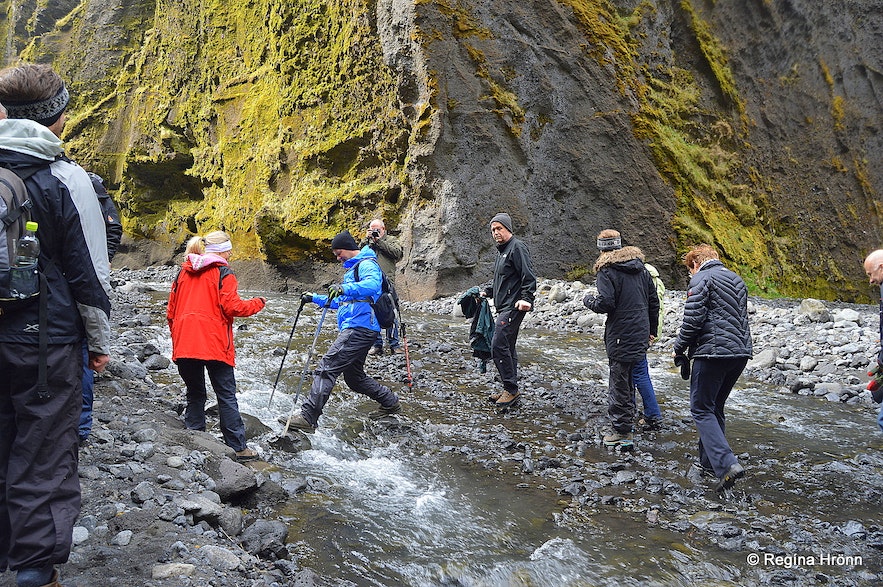 Hiking in Stakkholtsgjá canyon - there is a small river to cross 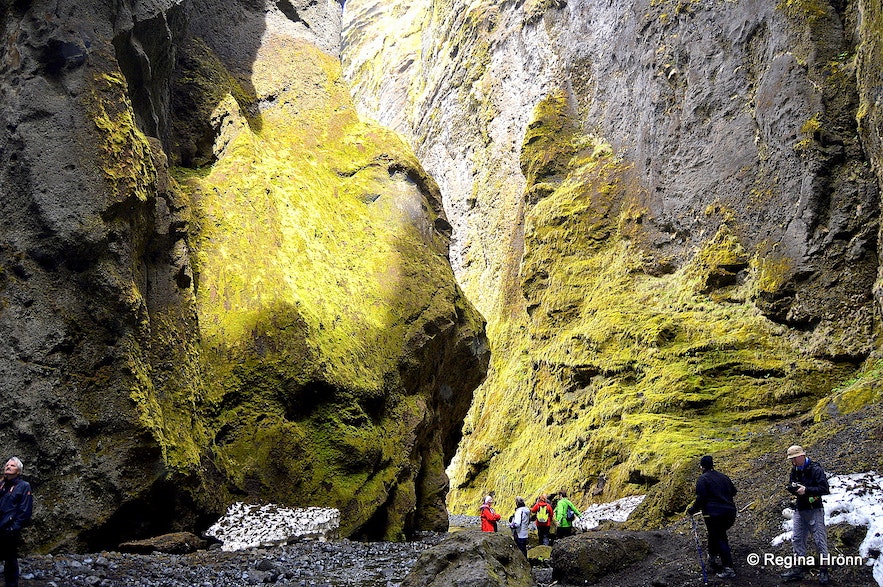 Hiking in Stakkholtsgjá canyon - the canyon got narrower

As we got closer to the waterfall the canyon got narrower and narrower. It was just out of this world for me to be there as I love canyons and waterfalls.

See also my travel-blogs: A Local's favourite Waterfalls in Iceland and The Picturesque Fjaðrárgljúfur Canyon in South-Iceland 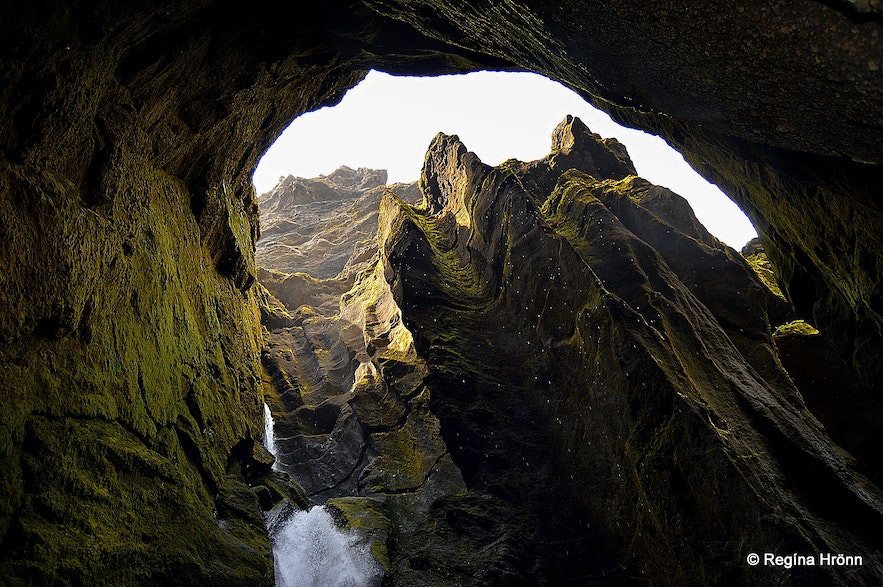 Half of the waterfall in Stakkholtsgjá canyon 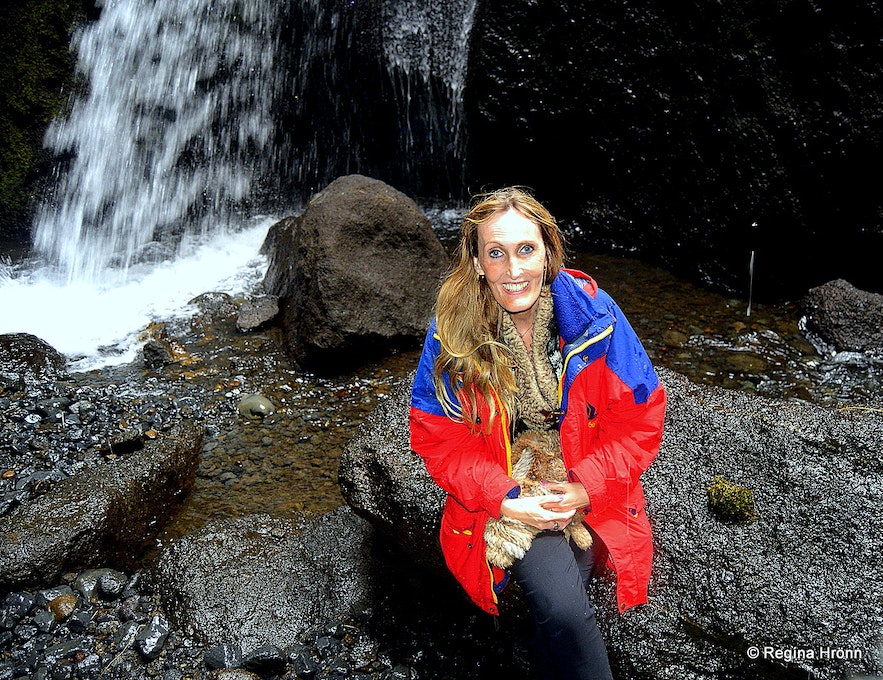 By half of the waterfall ;)

I asked one of my fellow travellers to take a photo of me by the waterfall. Only a very small part of the waterfall can be seen in the photo, as he didn't turn the camera upside down, but as you can see in my photo, then I was drenched, in an adrenaline rush and very happy :) 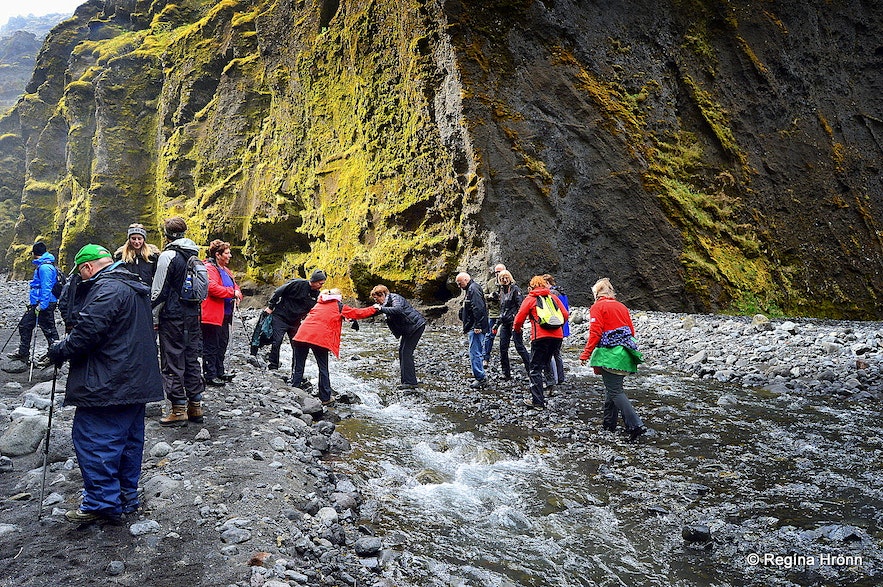 Crossing the river in Stakkholtsgjá canyon

Other beautiful canyons in Iceland:

The Spectacular Stuðlagil Canyon - the Gem of East-Iceland