So, when I found out about the Viking portrait in Reykjavík I asked them to take some photos of me and my husband to see what we would have looked like as Vikings of the Settlement age in Iceland.  Tell me what you think :) 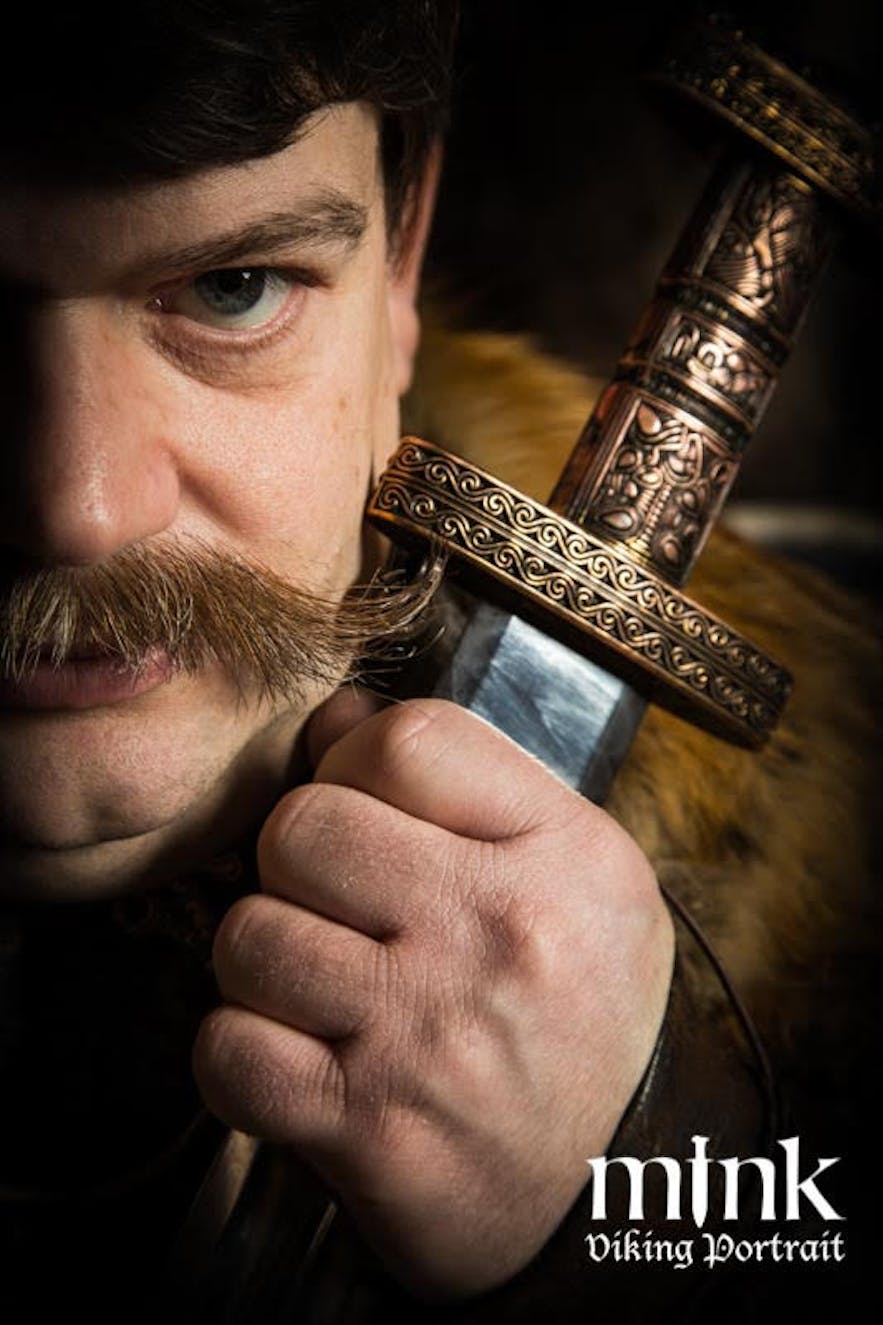 Now, isn't this photo of my husband like something out of Game of Thrones!  At least this is not the side of him I see at home ;)  My husband is a professional magician and far from being serious - the photographer Gustavo said that it kind of ruined the image of the genial and funny magician seeing him so fierce-looking with a sword :)  This only goes to show that the fierce Viking warrior inside you gets released during the photo-shoot! 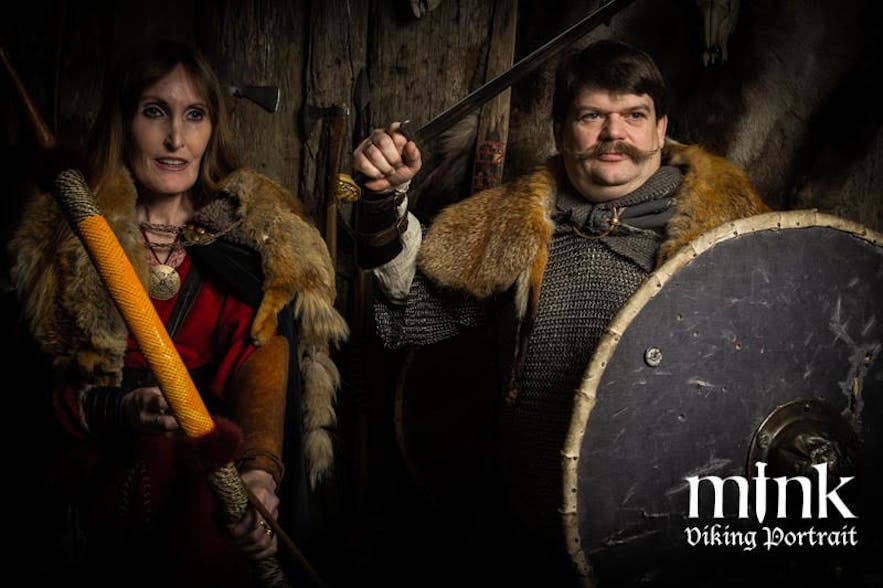 I have a hard time staying serious during a photo session, even though the serious photos come out very mysterious and Viking like. So every time poor Gustavo took a photo, no matter how hard I tried, I immediately put on a smile - habit, I guess :) 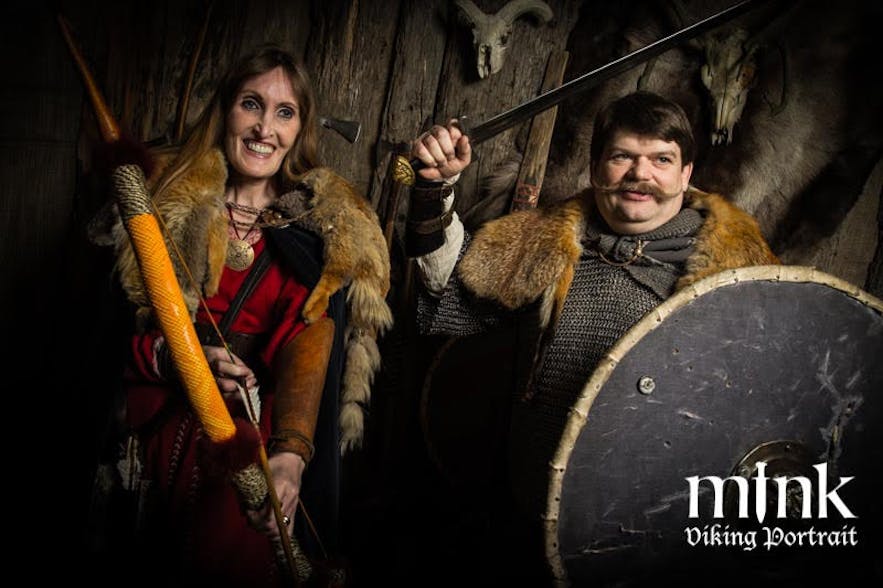 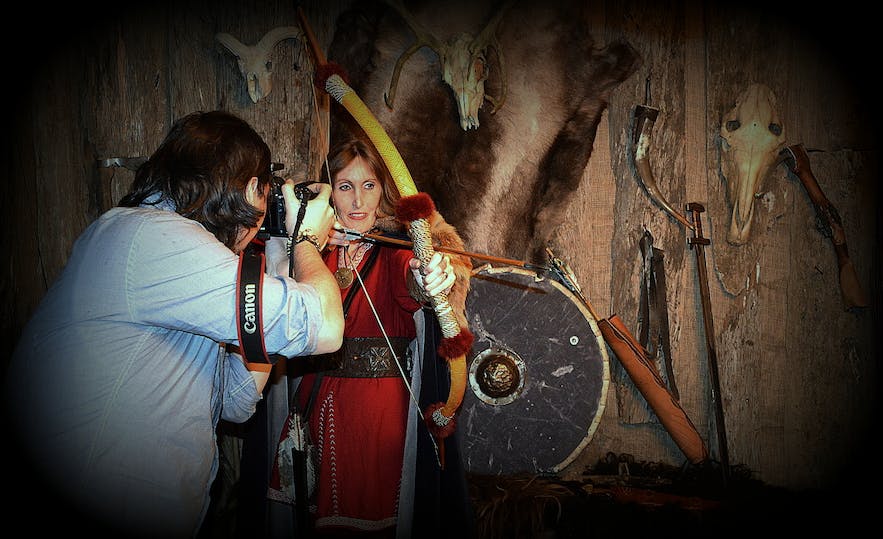 The photo above is shot on my camera by my husband to show you the photo-shoot in action.

Guðmann and Gustavo are both professional filmmakers and Guðmann is a member of the Viking club Rimmugýgur, which is located in Hafnarfjörður. Remember the Viking Village and the Viking Festival from my previous travel-blogs?

Guðmann will, of course, give you some professional advice and guidance on all there is to know about Vikings, as he possesses a great wealth of information. Guðmann, who has always been a Viking at heart, has a strong connection to his Viking genes and their handiwork and has even designed his own leather-belt. 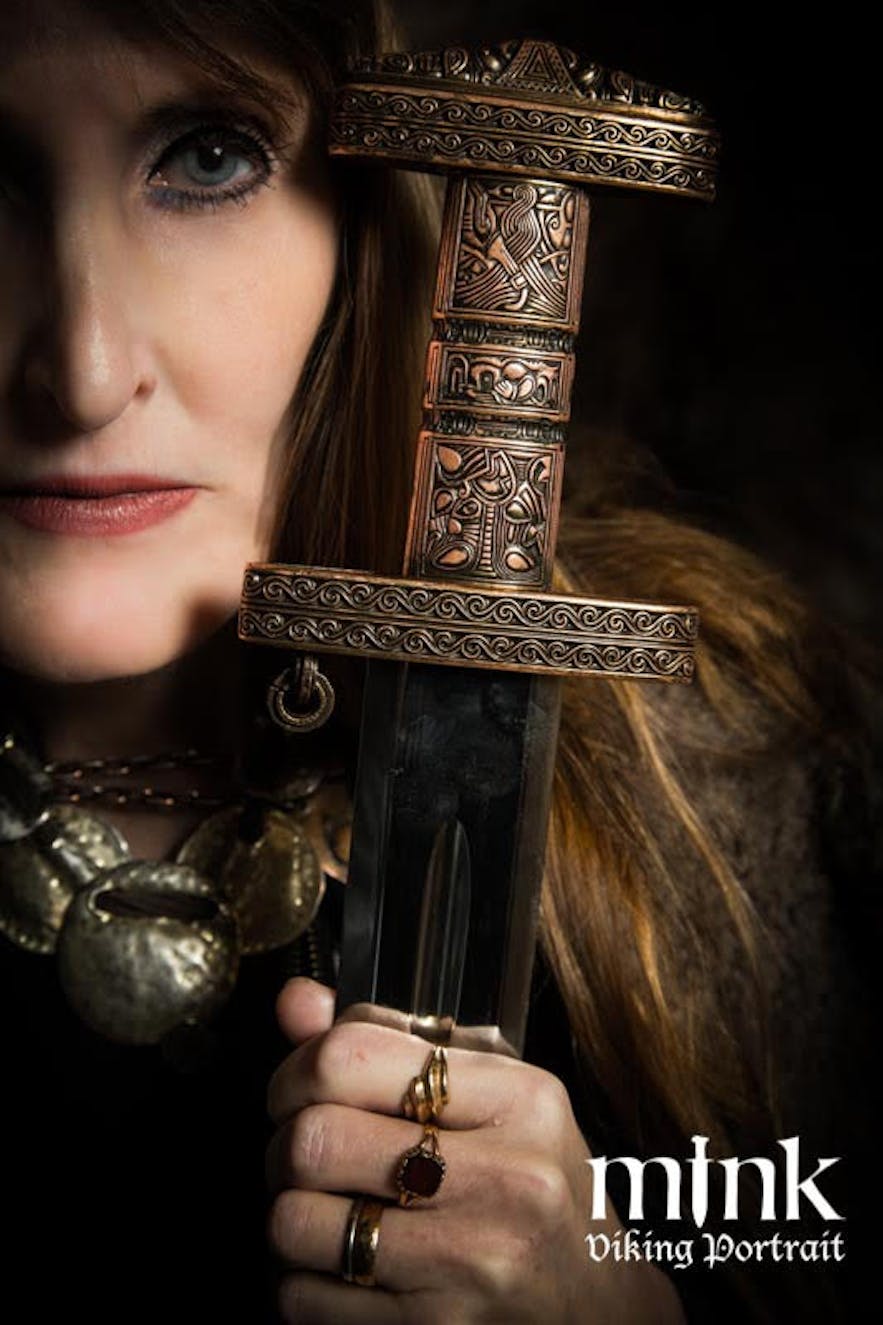 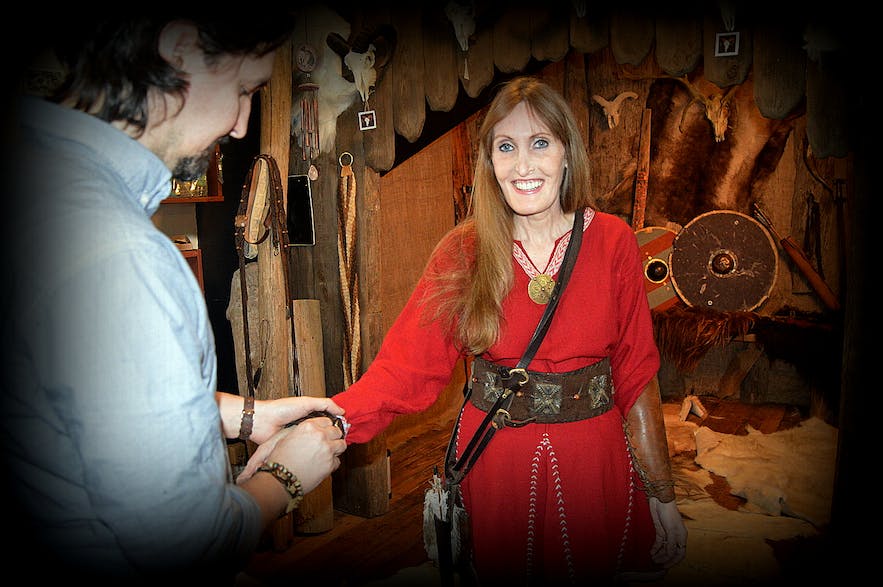 The photo above is shot on my camera as I wanted to show you the preparation for the photo-shoot.

Now, let's see how the transformation from a normal you into a fierce Viking begins.  You will be dressed up in Viking gear from head to toe and will be given Viking weapons to use. Everything in the Viking studio is hand-made and as authentic as can be. The Viking costumes are hand-made and made to look worn, so your Viking photo will look authentic - as you see everything is as authentic as possible, down to the smallest detail. 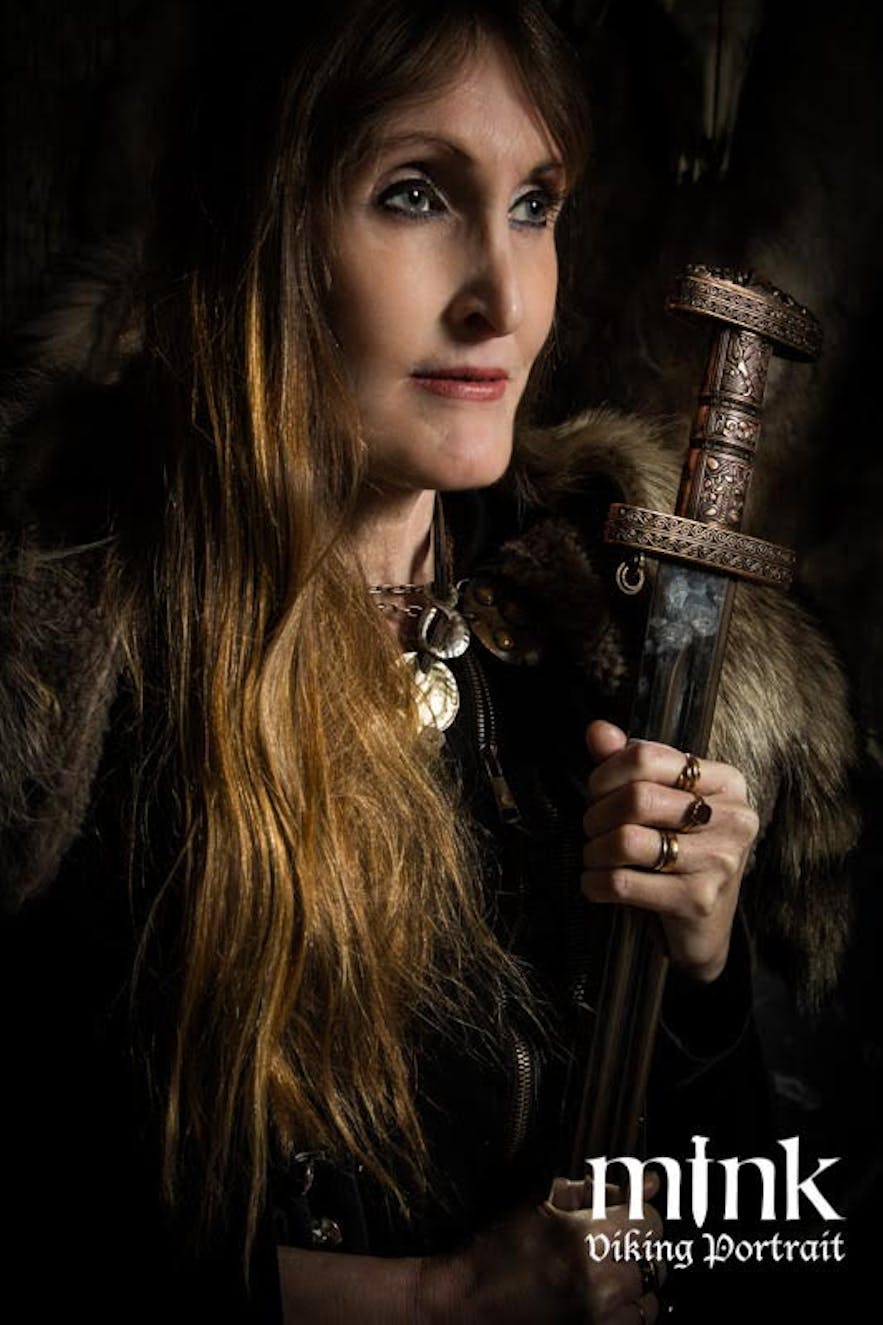 The Viking studio has lent their costumes to the Harpa concert and conference hall for the play on the Icelandic Sagas - the Greatest Hits in 75 minutes! When I went to that play I got to wear a cape, which I was told was used in one of the Game of Throne series here in Iceland, a really beautiful green cape, which you can see in my blog about the play. 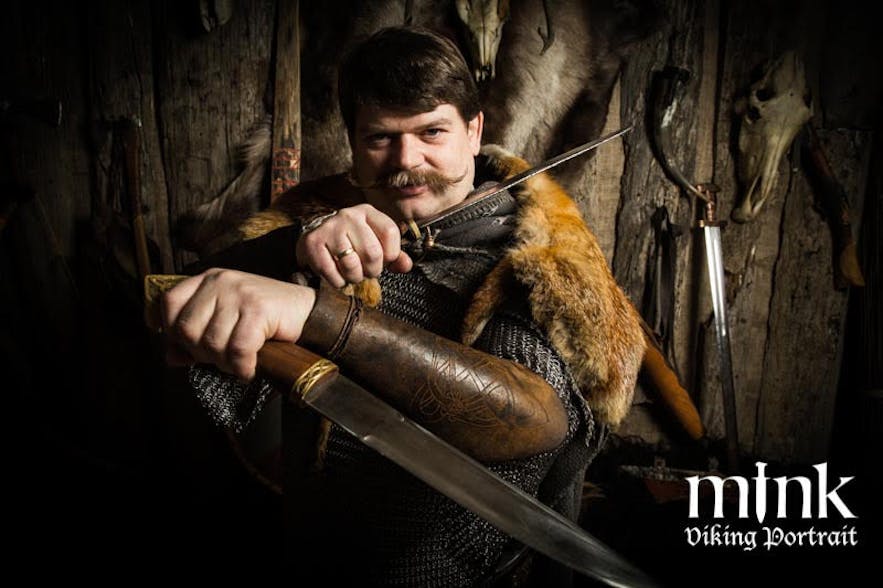 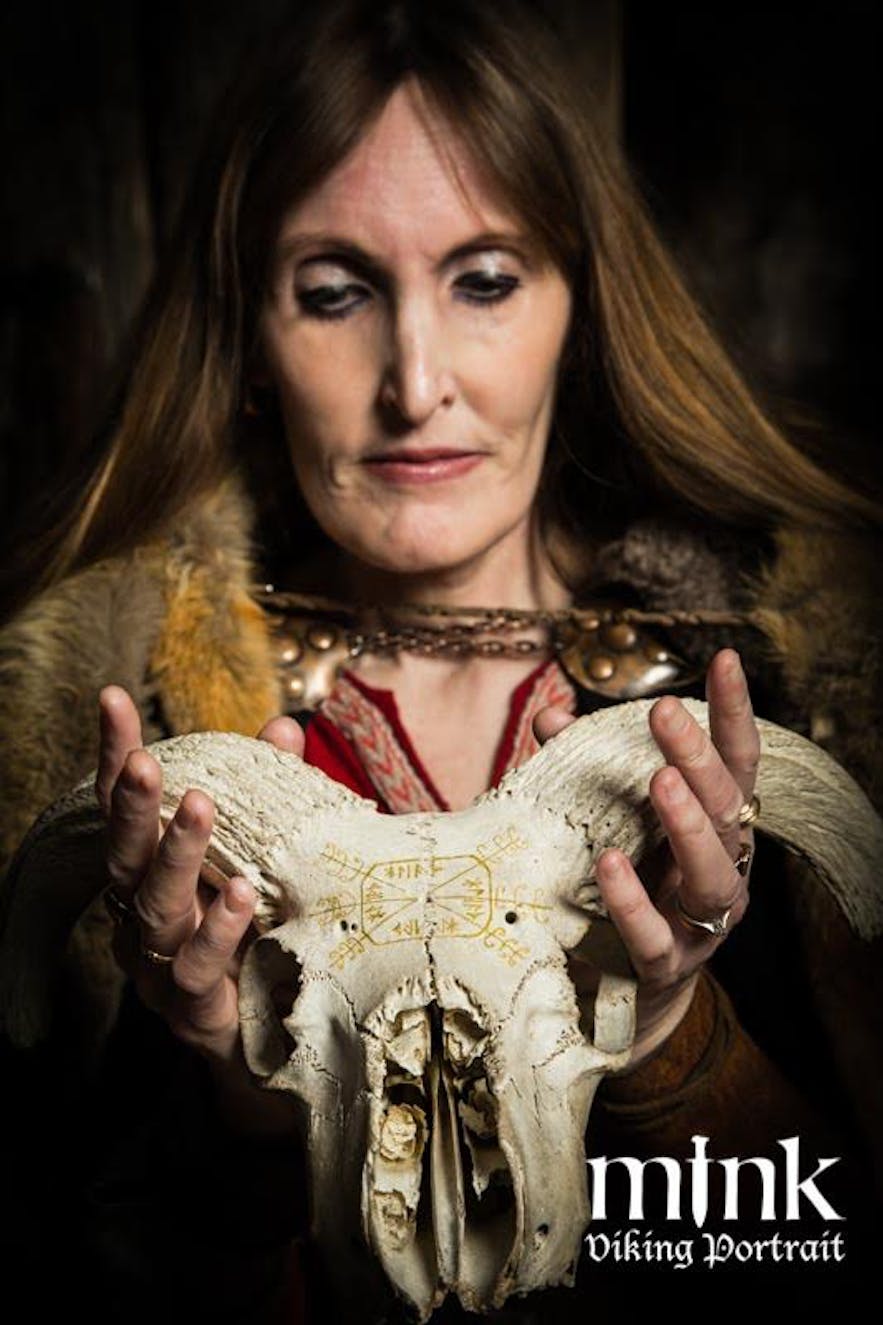 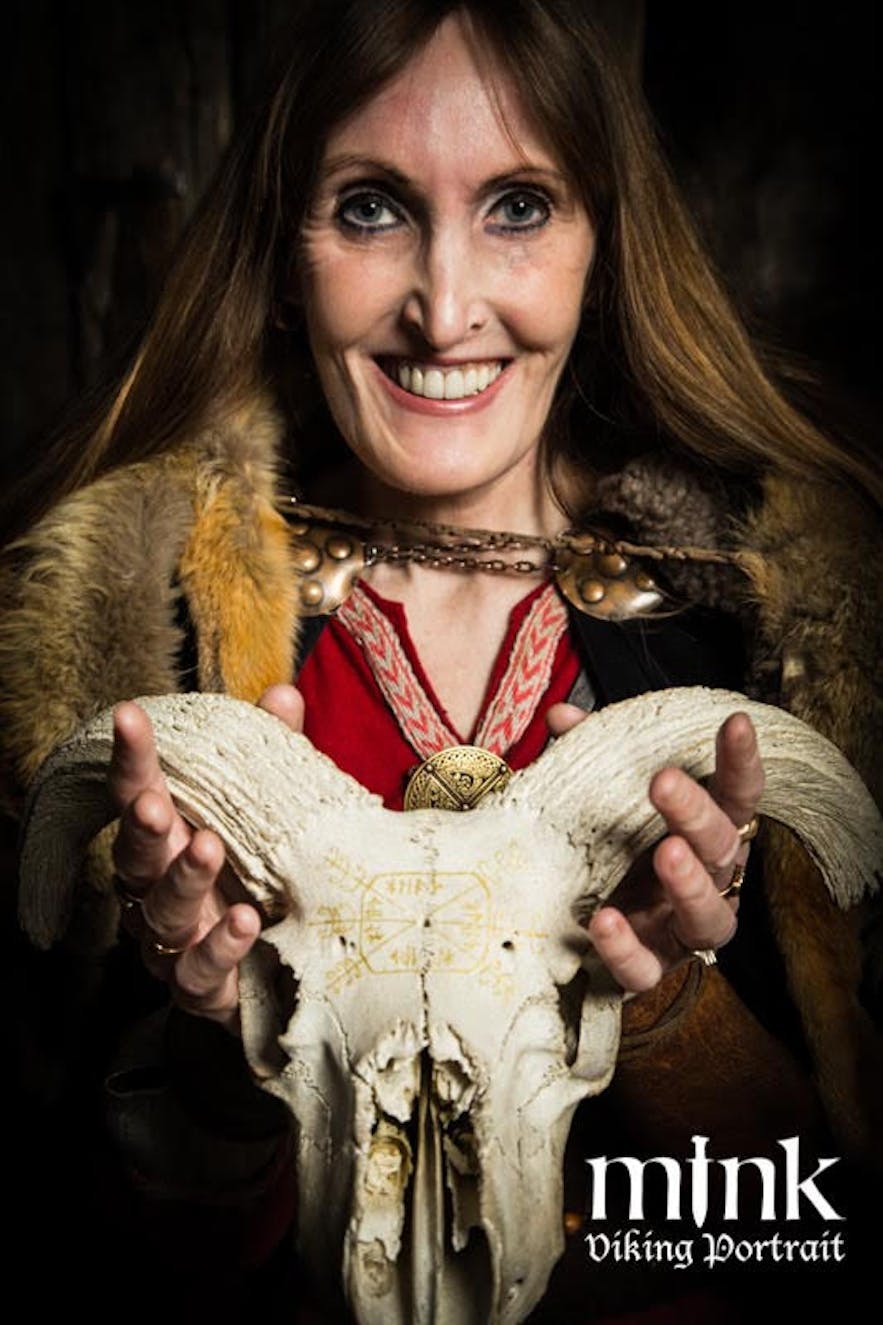 Guðmann and Gustavo opened up the Viking Portrait studio in Laugavegur a couple of years ago.  When you step into the studio on the second floor of the old building, hidden away from the hustle and bustle of our main shopping street, you will get a glimpse into the Age of the Vikings - and get in touch with your inner Viking. 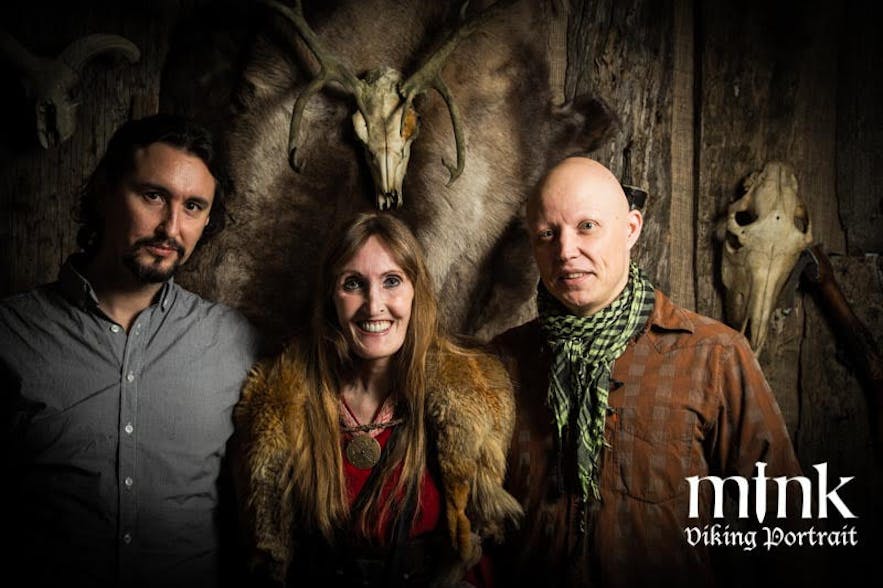 After the photo-shoot, you get to choose 6 photos to take home with you.

Be prepared for your inner fierce Viking to reveal itself and go home with a unique souvenir from Iceland! You can contact Mink here.