We were staying in Bjarnarfjörður for the night and one of the guests at the hotel had joined a whale watching tour of Láki Tours earlier that same day. She told us about the tour and couldn't hold her excitement - on this tour a humpback whale had put on half an hour "show" right in front of the whale watching boat! And it even breached (jumped) in front of the boat! 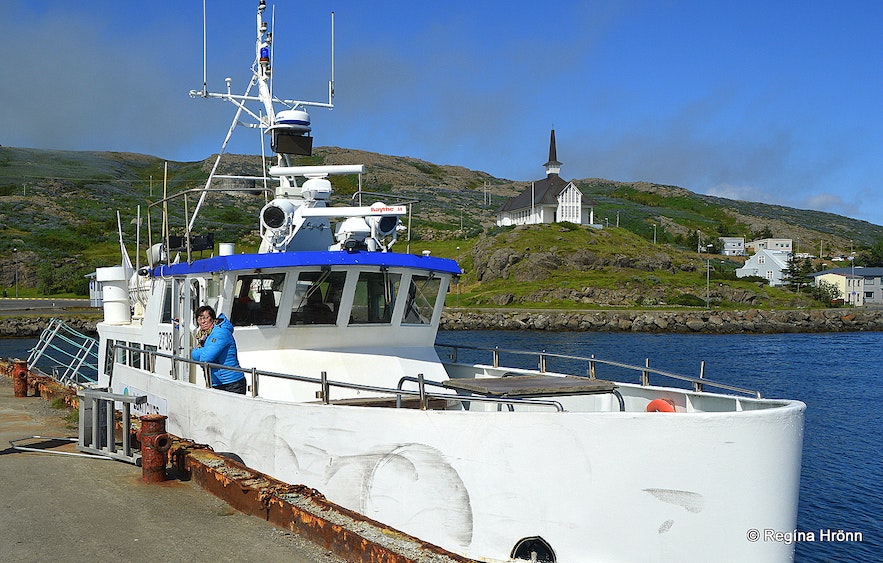 I love seeing humpback whales breaching, it is such a breathtaking sight, which I have only seen once on the tours I have joined. I immediately contacted Láki Tours and booked a tour for the following day.

The tour departed from the harbour of Hólmavík, which is also called the Sorcery town of Iceland as here you will find the Galdrasafnið - the Museum of Icelandic Sorcery and Witchcraft.

The beautiful Westfjords Region of Iceland is less visited than other parts of the country but so worth seeing, as the landscape is just amazing, tall mountains, a myriad of natural geothermal pools and puffins in abundance. Plus whales swimming in their natural habitat. 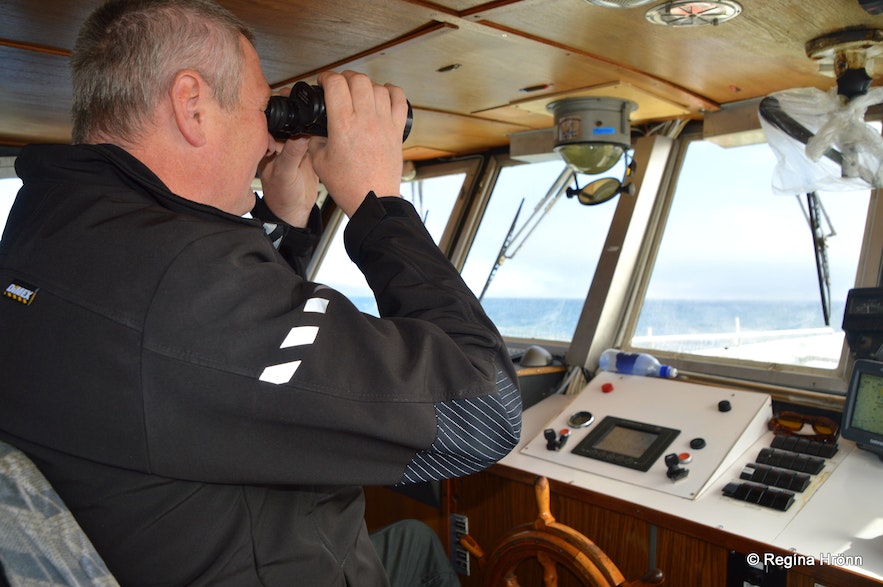 The captain of the whale-watching boat

Steingrímsfjörður bay by Hólmavík is a calm bay and the boat doesn't need to go that far from the village for us to spot a whale. The captain of the boat sailed for a short distance and took up his binoculars to search for any whales in the vicinity.  He knows where the best whale watching spots are located.

Aboard the whale watching boat, we had an experienced marine guide, Judith Scott, who has been a marine guide for years in different parts of the world, so it was a delight hearing her talking about the whales.

The playful humpback whale is the most common whale in Steingrímsfjörður bay. This species is often called the most entertaining whale, as it is both friendly and curious, so these whales often swim right up to the whale watching boat to check out the people on board ;)

The humpback whales are preserved so they have no reason to fear human beings anymore. Isn't that precious?

The humpback whales are huge, 16-18 metres long and weigh 25-40 tonnes, but they float gracefully on the ocean and they seem to wave to us by splashing their fins. These huge whales love to do some acrobatics. 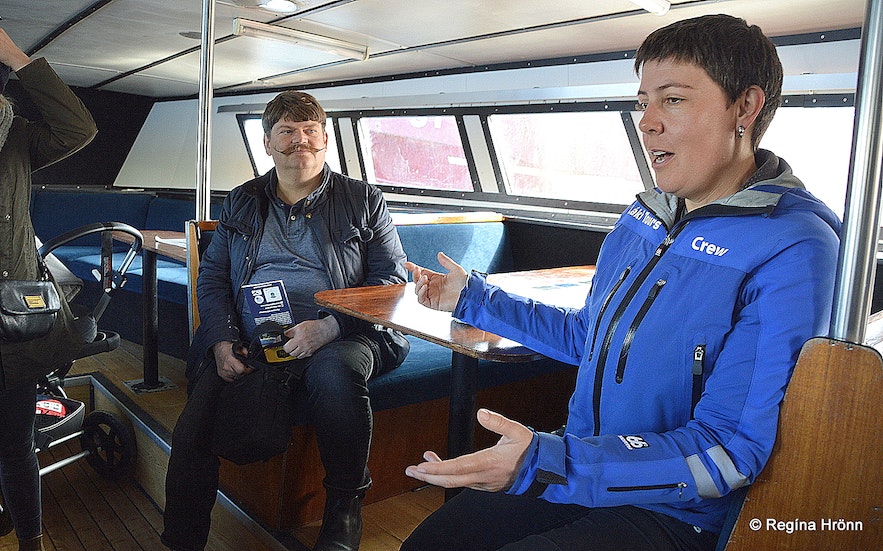 The marine guide told us all about whales

We were in luck on this tour as soon the marine guide pointed out some humpback whales to us by using the hands of the clock, f.ex. 9 o' clock - 10 o' clock etc and the whole boat rushed in that direction in the hope of spotting a whale ;)

We saw whales blowing, waving at us and fluking, but as they fluke and dive they are under for some minutes and it is time to be on the lookout for another whale.  Sometimes several whales can be seen in different locations, so you don't even know in which direction to look! 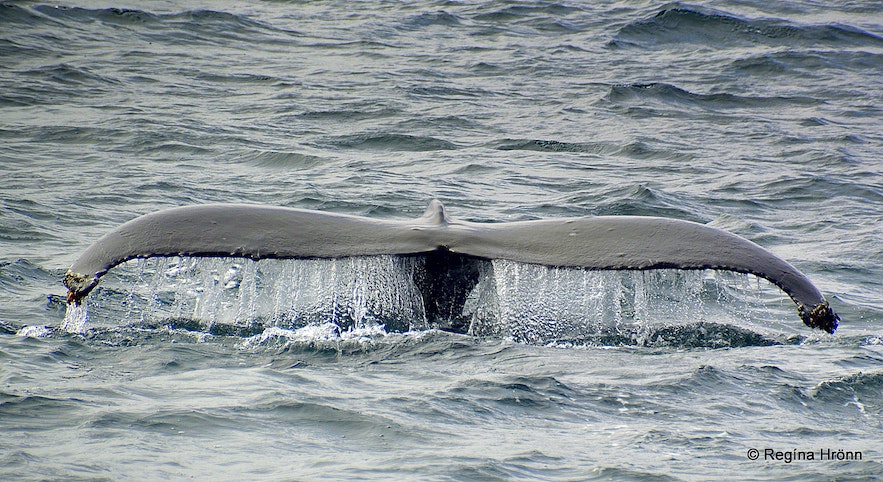 Apart from the humpback whales, minke whales and dolphins can often be seen on the tour. Sometimes other whale species have been spotted, like sperm whales, and blue whales. Orcas, a.k.a. killer whales and sperm whales can sometimes be spotted where Láki Tours operate at Grundarfjörður and Ólafsvík on the Snæfellsnes peninsula.

On some occasions, pilot whales can be seen from the Snæfellsnes peninsula. And on the same day, as we joined the Hólmavík tour a herd of pilot whales was seen swimming towards land and had to be directed from beaching on the shore!

It actually happened in 2013 that a herd of pilot whales beached on the shore by Ólafsvík, and died. I was present and it was was quite disturbing seeing all these dead whales on the beach.

Puffins in the sea as seen from the boat

Also, watch out for the sea birds flying around the whale watching boat and swimming on the sea. I have spotted a myriad of puffins on the whale watching tours, and who doesn't love the cute puffin with its colourful peak and bright orange coloured feet!

Of course, marine life is nature, so you never know what you are going to see, but on all the occasions that I have gone whale watching, I have left the boat thrilled by the experience, as just seeing a tail or having a whale wave at me is rewarding enough. Let alone having a whale jump in front of the boat, that is an adventure! So no whale watching tour is the same. 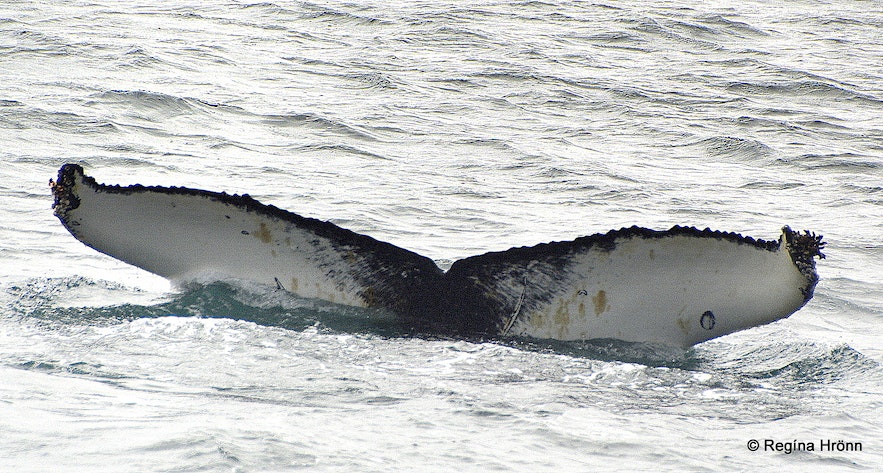 In my photo above you can see a humpback whale fluking, but the fluke and the large pectoral fins are characteristic of humpback whales. That and of course the lumps of tubercles on their head. The fluke of the humpback whale is similar to the human fingerprint; they are all different.

Do try to take a photo of the humpback whale fluking so you will see how different the flukes are. The marine guides can recognise the whales solely on their fluke. That is why they ask us to send in photos of flukes, as they observe the whales in this way and see how they are doing.

I loved it when our marine guide called the different humpback whales by their pet name when she saw them fluking, as she immediately recognised who they were. 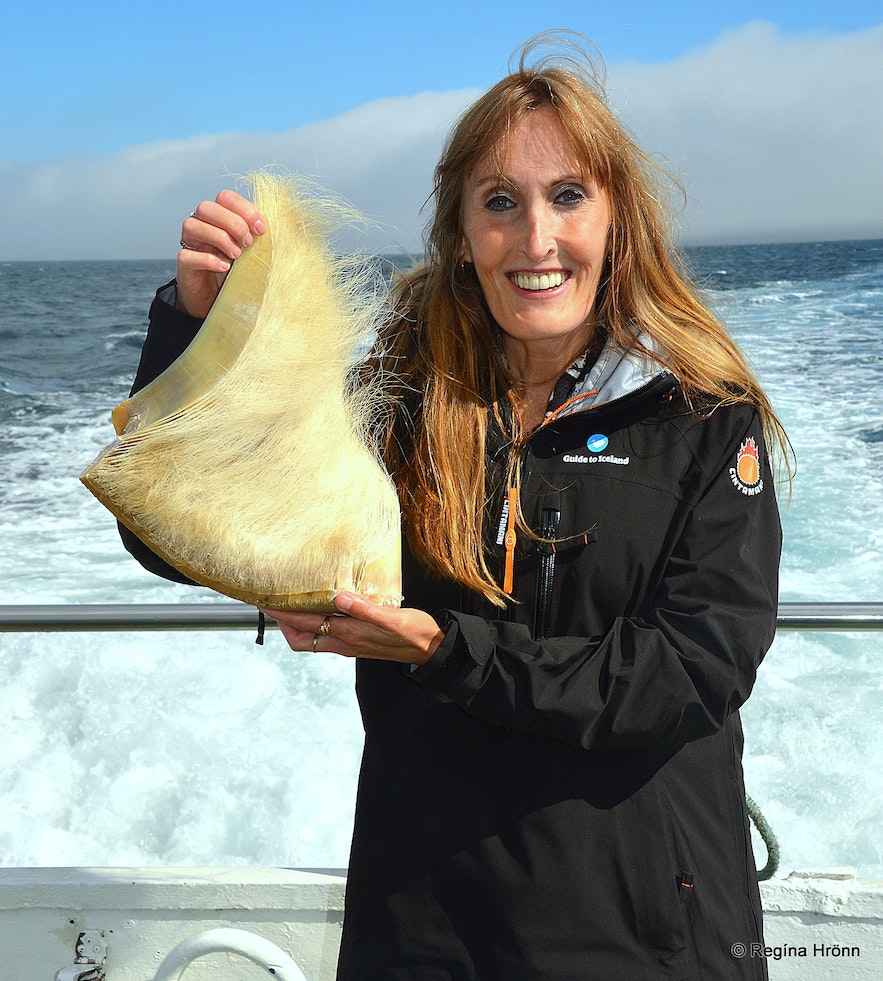 Baleen of a whale

In the photo above you will see baleen of a whale, which was on display on board the Láki Tour whale watching boat. I had seen baleen when I was a child but this was the first time that I was able to handle and examine them. 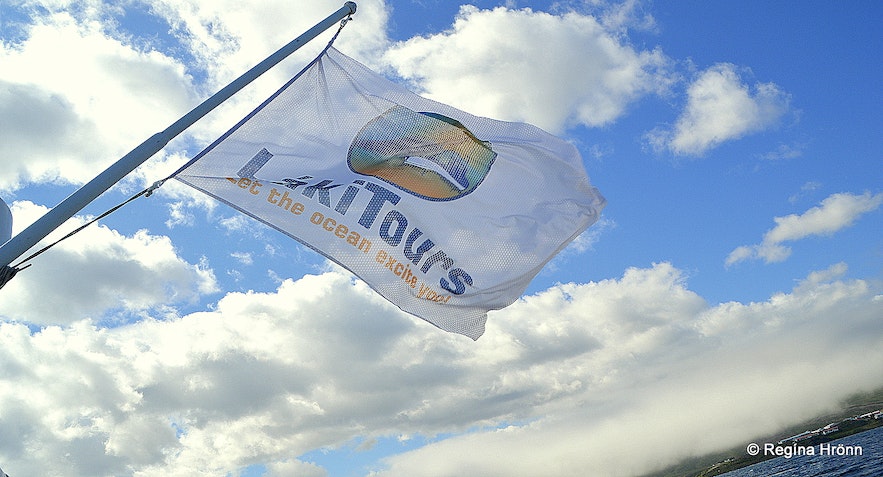 The Museum of Icelandic Sorcery and Witchcraft at Hólmavík

To visit this area you can rent a car in Reykjavík and drive to Hólmavík in 3 hours.

Have a lovely time whale-watching - I hope you get to see a lot of whales on your tour :)