Icelanders Who Deserve to be Deported Before Refugee Children

It is my absolute dream to be deported from Iceland. I have been stranded here ever since the government took my passport - they didn’t believe that the training course I did in Syria was on creative writing - and I am dying for an escape.

In spite of this, there are families in Iceland who actually don’t want to be deported but are facing it anyway, who have invoked a feeling in me that I have never experienced before. I don’t know what the word for it is (perhaps there isn’t one), but it’s like when I feel sorry for myself, except this time it’s for other people. 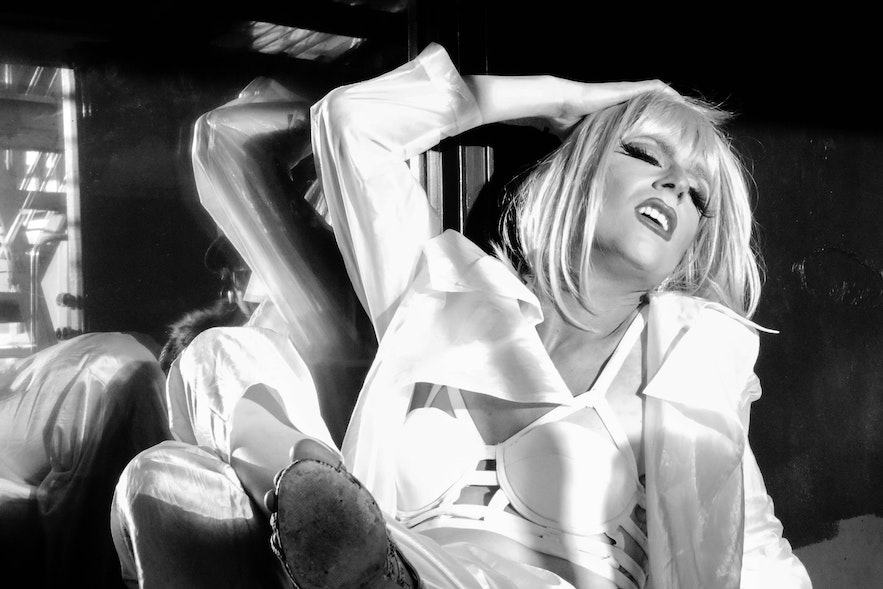 Is this feeling that Phil Collins has been whining about all these years?

Please leave a comment if you have experienced this horrible sensation before and have advice on its immediate resolution.

When I first heard about the cases of Joy, Mary and Sunday, a family from Nigeria, and of Haniye and Abrahim, a daughter and father from Afghanistan, I thought that they really should see their imminent deportations as a blessing in disguise. 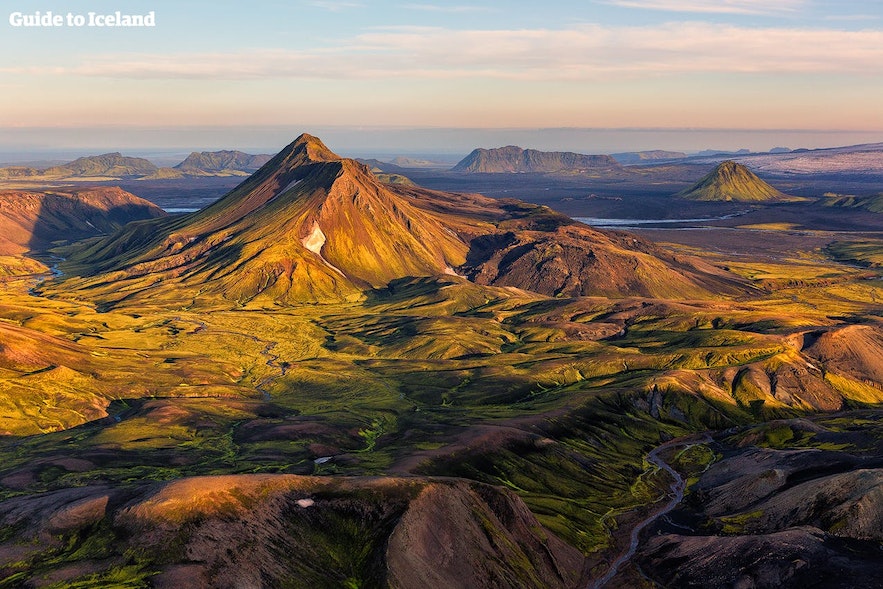 If I have to endure this bleak and boring country, they should at least be allowed to.

I’m not here to get into a debate about how to handle the refugee crisis. I’m also not here to tell the stories of these families, because sadly, they are total downers.

What I am happy to do, however, is compile a list of people who deserve to be ejected from Iceland far more than two girls of eight and eleven, whose families went through hell and high water to get them here (in the latter case, quite literally).

We start this list with the bizarre and terrifying entity that is Björk, Iceland’s biggest export. Björk has become internationally known for her ambitious style, creative lyrics, and most importantly, her unique, warbling voice, which sounds somewhat like one of Iceland’s vocalising whales, after being struck by an explosive harpoon.

Björk’s worthiness of deportation is not based, however, on the inhuman noises that come pouring from her body; thankfully, she inflicts that nonsense abroad far more than she does over here. It is because of her constant speal on protecting Iceland’s environment, a violent rhetoric that has oppressed, degraded and insulted multinational corporations across the globe. 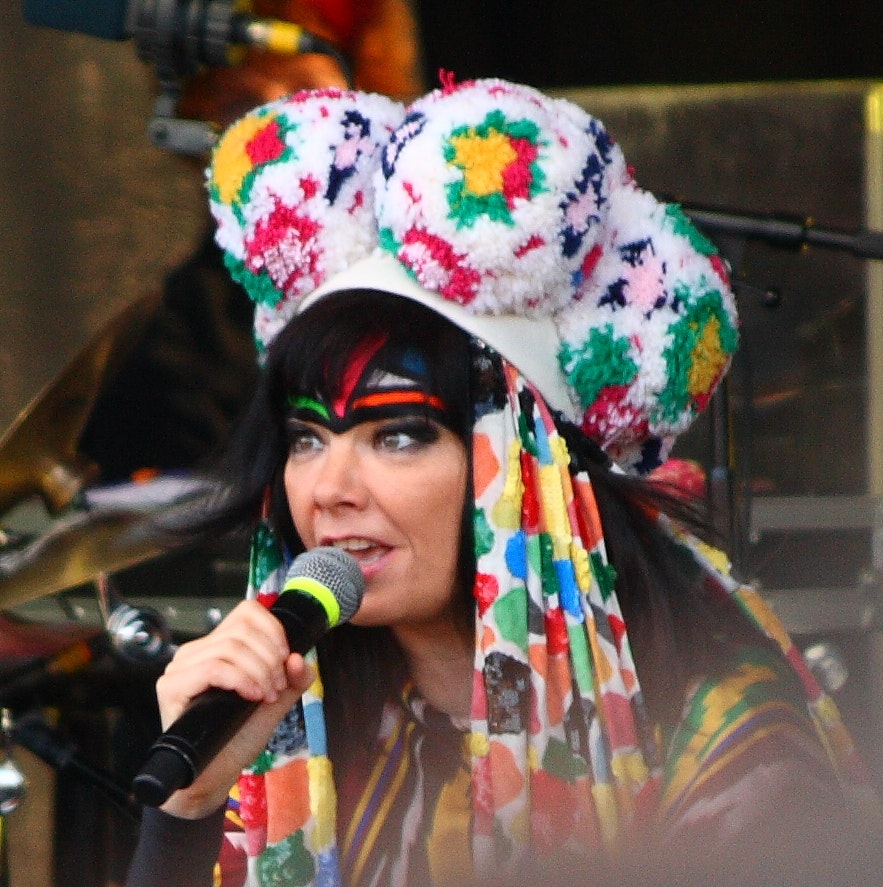 Björk, dressed to be taken seriously.

If Björk has her way, there will be no more aluminium smelters in Iceland. The industry would face huge damages, and the ripples would spread to places you could never imagine. After all, there is no such thing as a can of beer if you have no can.

And if you’re going to suggest I drink a draught beer that some Icelandic bartender has breathed on, you’ll find out that the only reason I ever buy draught beer in the first place is for throwing it in the faces of those who displease me.

It has been widely discussed, debated and finally resolved that I am without a doubt Iceland’s most spectacularly beautiful woman. Men fawn over me. They buy me clothes, send me love letters, shove their girlfriends aside in desperation for my attention.

As repugnant as it is to be clawed at by the calloused, fishy hands of an Icelander, I do have to admit that it is rather flattering.

This is the case for all men in Iceland, bar one. 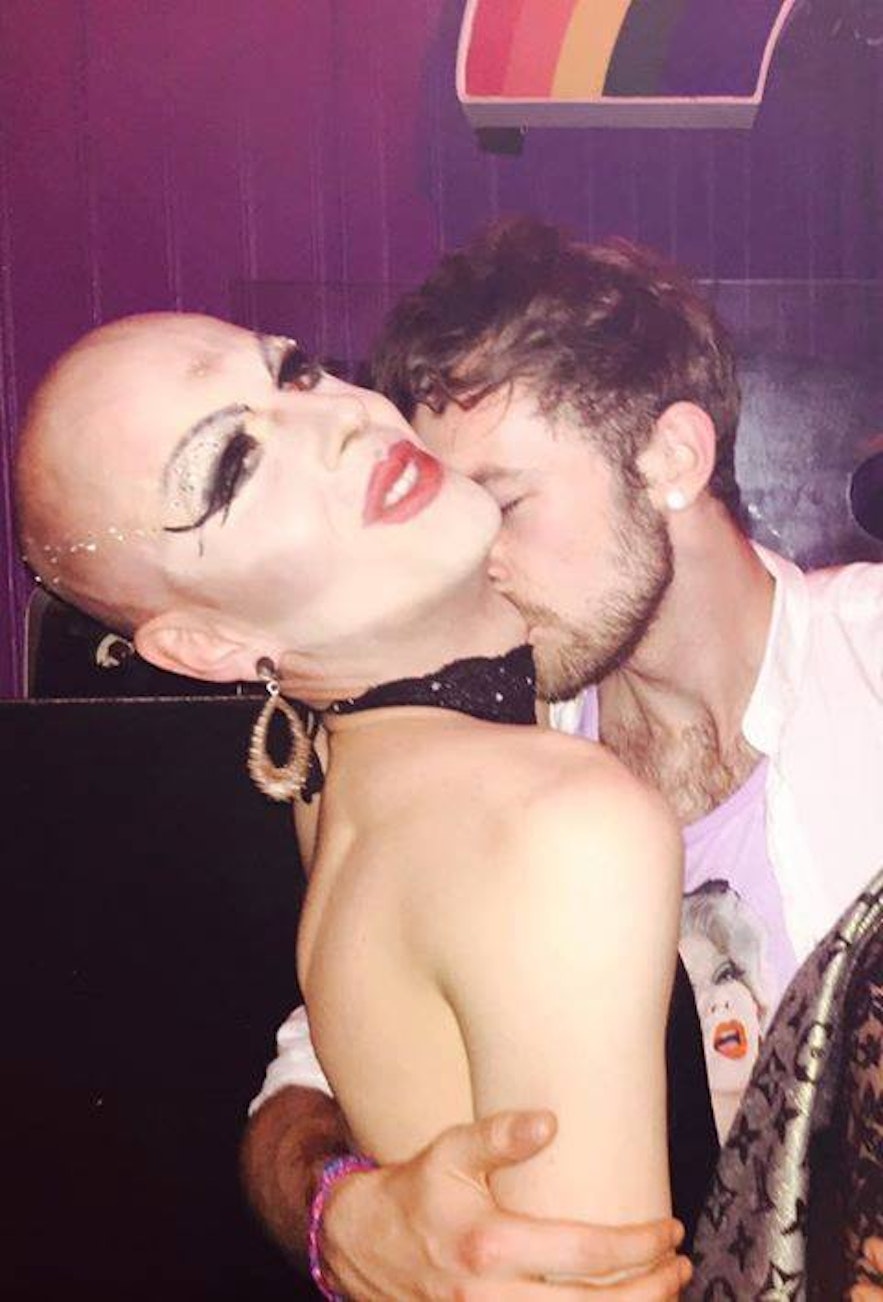 Being manhandled by a native and clearly hating it

Páll Oskar is Iceland’s most famous national celebrity, a singer and performer who draws crowds considered enormous for Iceland - up to twenty people at a time.

I have performed on stage with him, he has been around my house (I used to live with his music video editor), and I have even discussed him in previous blogs.

Páll riding an enormous swan, the phallic neck of which represents his virile masculinity

Not once has he made a move on me.

For my public image alone, I need him on my arm to present us as this nation’s power couple; only then can I properly begin to exact necessary cultural changes in Iceland (by which I mean actually create a culture). And yet every suggestion I make he laughs off, every stroke of the arm I grant him he shrinks from, and when I barricaded him in my bedroom and forced myself upon him, he slipped out of the window rather than where I was hoping he would.

What do they have that I don't?

Páll Oskar therefore deserves a place on this list for his misogynistic behaviour in refusing to submit to my sexual whims, and his lack of judgement in crossing me; at this point, he should be deported for his own safety.

If not, I will bring his reputation crushing to ground by spreading salacious, spiteful rumours around that he’s not interested in me because he’s some sort of gay or something.

That ought to do it.

This gentleman, since I have emerged on the scene in Iceland, has done everything he can to undermine me. He dominates my performance space, Drag-Súgur, just because he co-created it; he took over the advertisement campaign of Gló before they could even ask me; and he intentionally dominated the cover of Reykjavík Grapvine’s August edition to overshadow my feature in Fréttabladid.

All in all, the 3-year reigning Drag Queen of Iceland (two by default) is an attention seeking crossdresser who will do anything to get noticed, and should never be given a platform to espouse his views. He is unlike anyone else I know.

Getting rid of Gogo would allow Iceland’s truest Star to shine. It would also mean she leaves behind her wardrobe, which can be used for its intended purpose, compost, because it’s a hot mess.

Emilíana Torrini has more blood on her hands than Lady Macbeth. Her upbeat number ‘Jungle Drum’ has been utilised by the axis of evil within Iceland to help package this dire, dangerous country as a tourist destination. As such, she is a propagandist on the level of Joseph Goebbels, and responsible for the trauma endured by every visitor to the island.

The only reason why Emilíana does not top this list is because the music video above depicts incredibly dangerous behaviour that is, thank god, likely to reduce the number of tourists in my way when I'm trying to walk downtown. 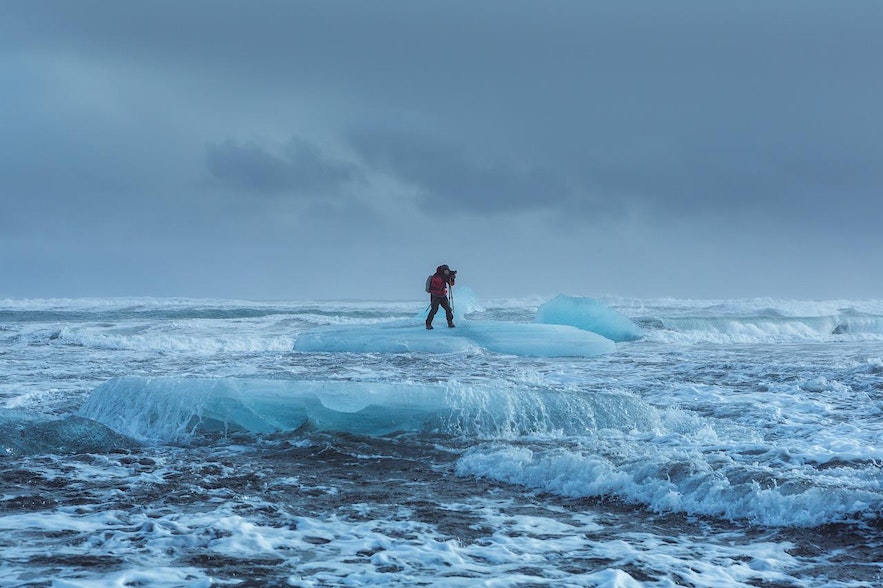 Dancing on top of icebergs and on the edge of boiling mud-pits is my most recommended activity to anyone who dares stop me in the street to ask for travel advice. It’s my personal way of guaranteeing that they won’t disturb me again.

Also, the man dancing all over the Icelandic moss is, at the very least, a decent role model; only when this ugly fungus is eradicated from the bleak landscapes can Icelanders stop whinging about its protection, and this country can finally be tarmacked over so we have more parking spaces. 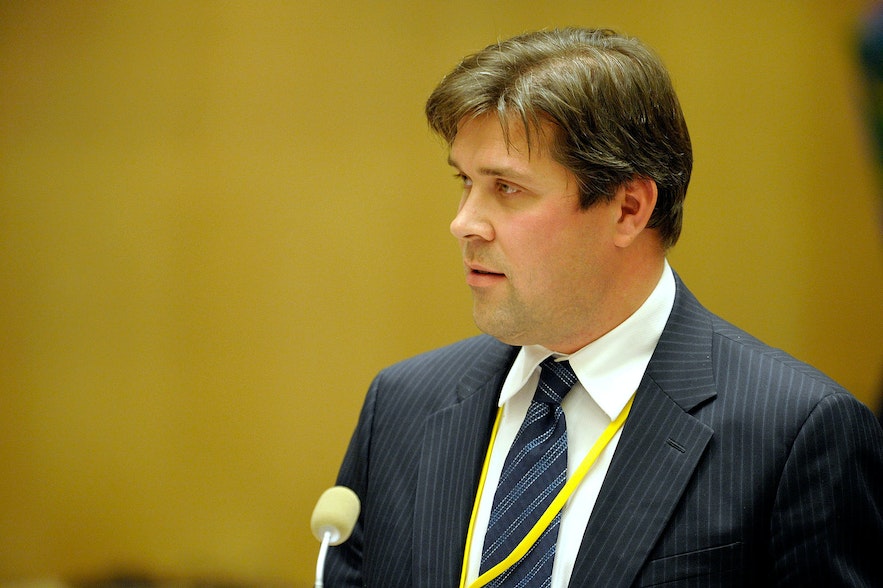 Congratulation Bjarni on coming top of this list, you're first win since the election

In the tradition of deporting families, our number one spot goes to crumbling, scandal-riddled prime minister Bjarni Benedicktsson, and his paedophile befriending father, Benedikt Sveinsson. Although Bjarni has done me proud by bringing a third successive Icelandic government crumbling to dust in a cacophony of controversy, the reasons why are disappointingly not funny at all.

To rid me of the temptation of making a tasteless joke about why these two elitists top the list, I will tell you their story in safe but humourless bullet points:

A government that deports vulnerable children and excuses child abusers is inexcusably repugnant, and that’s coming from woman who enjoys dismembering the cats of Hveragerði. 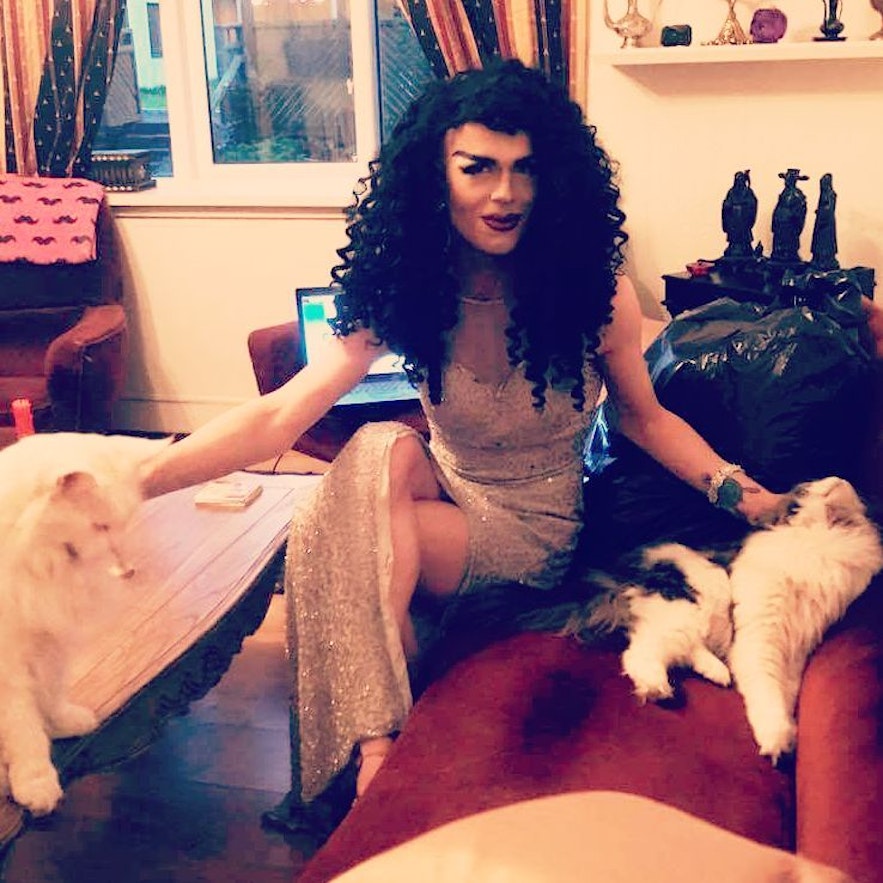 This is the biggest scandal of Bjarni, but by no means the funniest. He was implicated in the Panama Papers and controversies surrounding offshore banking, but most hysterically of all, by having an account on Ashley Madison.

Although he claims it was out of curiosity from him and his wife, the truth is emerging from one of the women he met up with. She is choosing to go public with the information after several intimate encounters, due to his inability to spank her with the force she asked for.

Seriously, it was like a butterfly landing on my buttocks.

I will not be silenced.

You may think that the two “men” who had their honour restored justify a place on this list higher than these two, but I feel more comfortable with them remaining in a country where the public knows their faces.

Restored Honour was removed three days before the writing of this blog, and about eighty years after it should have been. A day before this blog, a bill was approved by the Icelandic parliament to better protect the rights of refugee children and their families (with the support of all parties except, of course, Bjarni’s).

Therefore, we can hope that this article is futile, and the only person getting kicked out of Iceland soon is me. 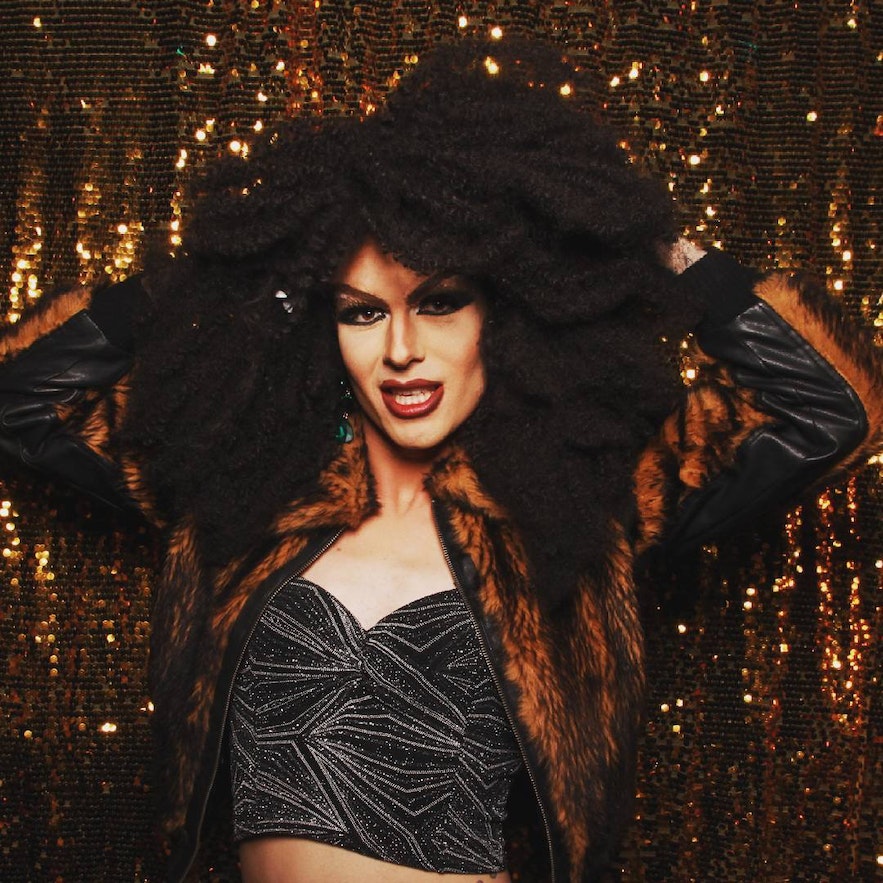 The rest of the world is much more deserving of the gift of this face.

As positive as these developments are, there is a negative side. With no stories of deportations or paedophiles, Iceland’s news will no doubt return to its usual mundane nature.

With these scandals dying down, I regret to say that this is back as the number one hot topic in Iceland, with the groundbreaking development that the horse is now going to be allowed to be called Mósan.

I'm not saying I prefer reading about crimes against children, but come on Iceland, find a middle ground.