The 6 WORST Tours in Iceland

To know whether or not something is for you, the best thing you can do is talk to someone who has lived it. In the case of tours in Iceland, however, it’s more a case of who has survived them.

The reckless Icelandic government and its puppet Guide to Iceland promote a vast variety of activities for thrill-seekers and nature-lovers to partake in when they get here. The scheme is that you pay for a tour before arrival, but then it’s cancelled because of weather, and they get to keep the money. It’s quite the plot, but it does not always work out.

You see two, perhaps three days of the year, the weather clears up, and when it does, visitors are expectant. 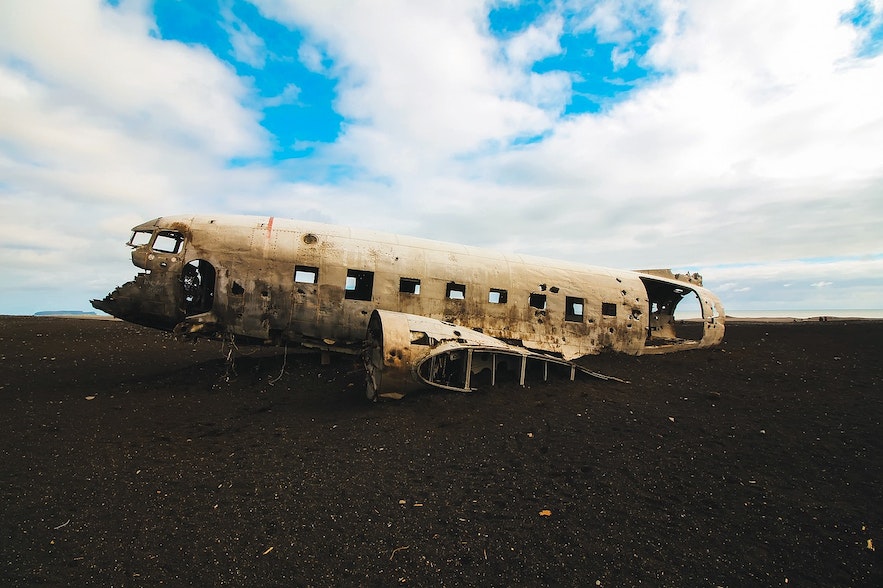 These poor people are plunged without warning into the midst of a terribly violent environment; they scale glaciers and fall like lemmings into the crevasses; they go on culture tours and die because you can’t breathe in a vacuum; they go hot-spring bathing, and cook like all of my dogs in all those hot cars.

There is no safe tour in Iceland, but as someone who has survived far more than any one person should, I can help you avoid the most harrowing. 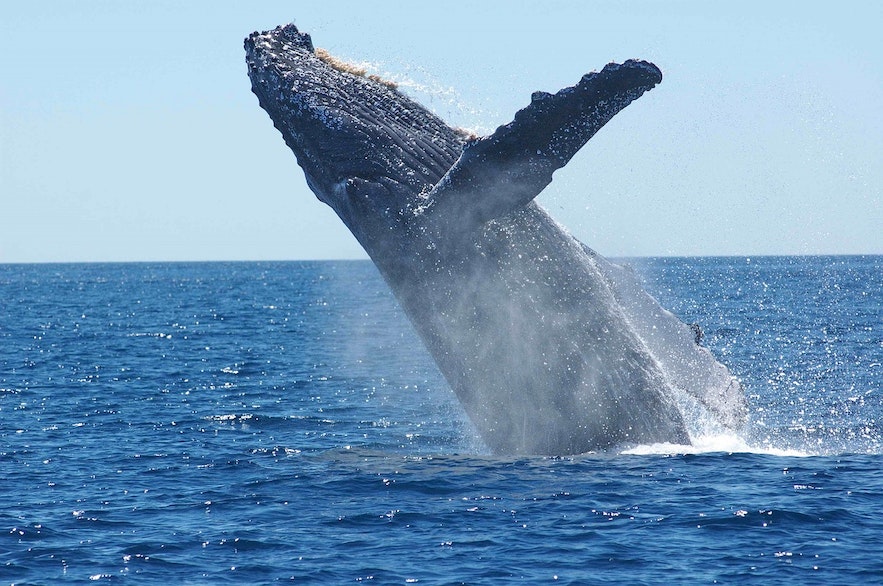 Iceland is one of three countries in the world that I thought I could get the exact kind of whale-watching experience that I wanted—it makes itself internationally known for the abundance of whales in its waters and its thriving whale industry.

As I boarded the vessel, however, my very high hopes instantly started to deflate.

I was told we were boarding an old whaling ship. So where were the explosive harpoons? I looked on the bow and stern, at port and starboard, and yet, I saw nothing. We left the harbour as I was checking the cabin and still, nada.

I started to feel panicked. I asked a member of the crew where they were, and she said, ‘we don’t use them anymore’.

‘Ok,’ I replied cautiously, ‘It’s old fashioned but I can play along. Where can I get a spear?’

‘We don’t have any of those either’. 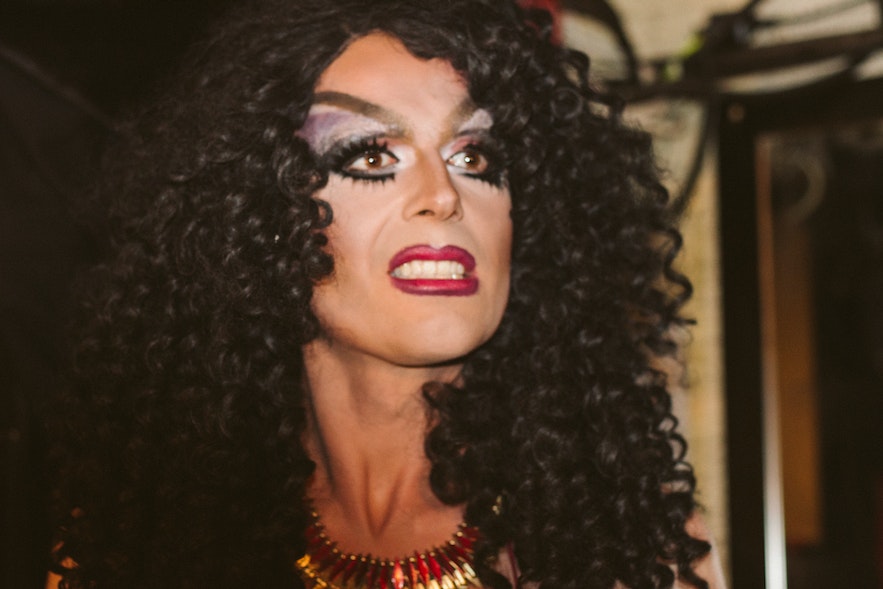 I was gagged, but couldn’t reply. Everyone on board had started making a fuss because a pod of dolphins was suddenly surrounding the boat. But all anyone was doing was looking at them.

One of the dolphins breached, giving us the easiest shot, but no one took it. No one did anything. They just stared at the dolphins like they were beautiful, and me like I should be punched, which is the exact opposite of what is true. 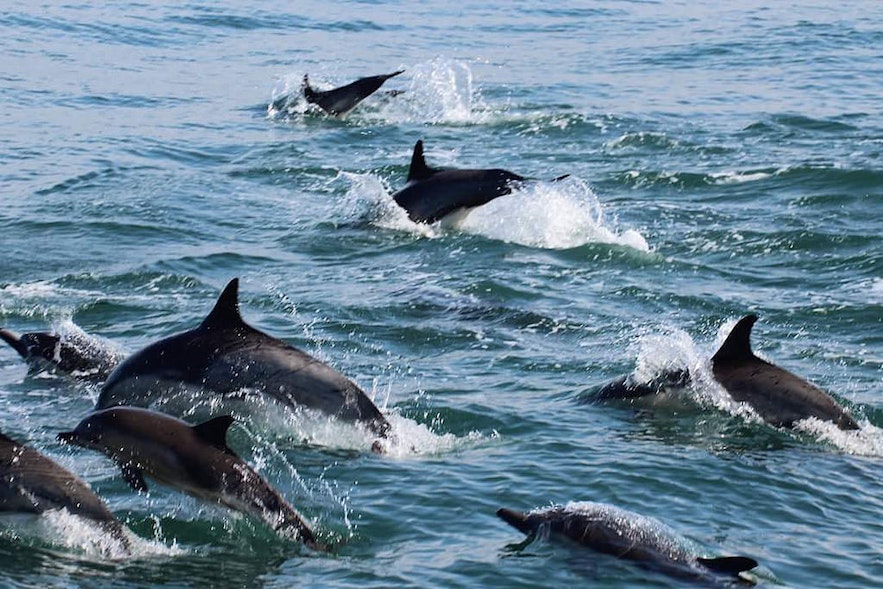 I realised what kind of politically correct tour I had put myself on. You would never get this kind of thing on a whale watch in Norway or Japan. I was livid, but more than that, I was starving.

I would love for this story to have a happy ending. I would love to say that the boat accidentally ploughed into an orca and I was allowed to fish its fresh meat out, allowing for some sort of compromise.

Unfortunately, however, the story ends with me throwing my heel at a dolphin’s blowhole and being imprisoned by the crew in the bilge for four hours. 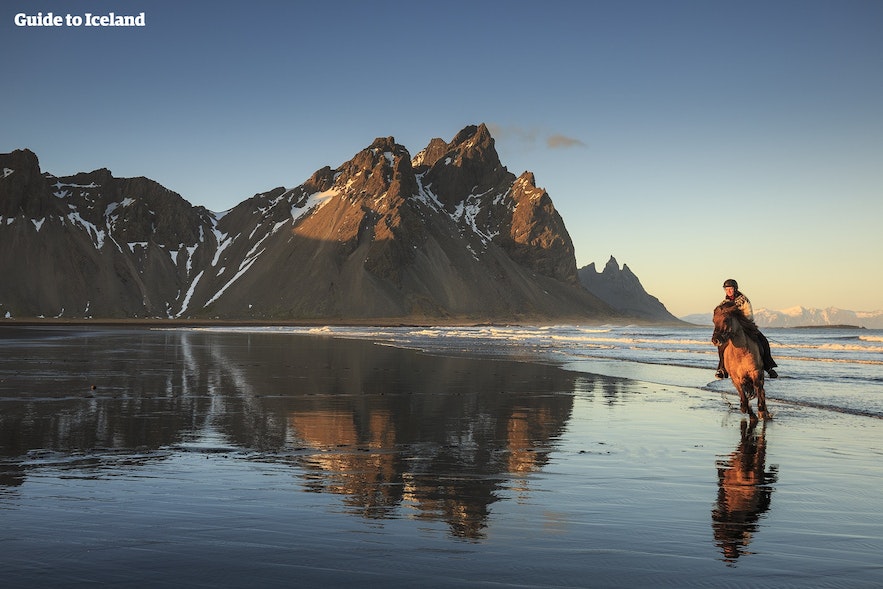 This one I take even less responsibility for. Saying ‘lunch included’ in the tour description is very misleading. 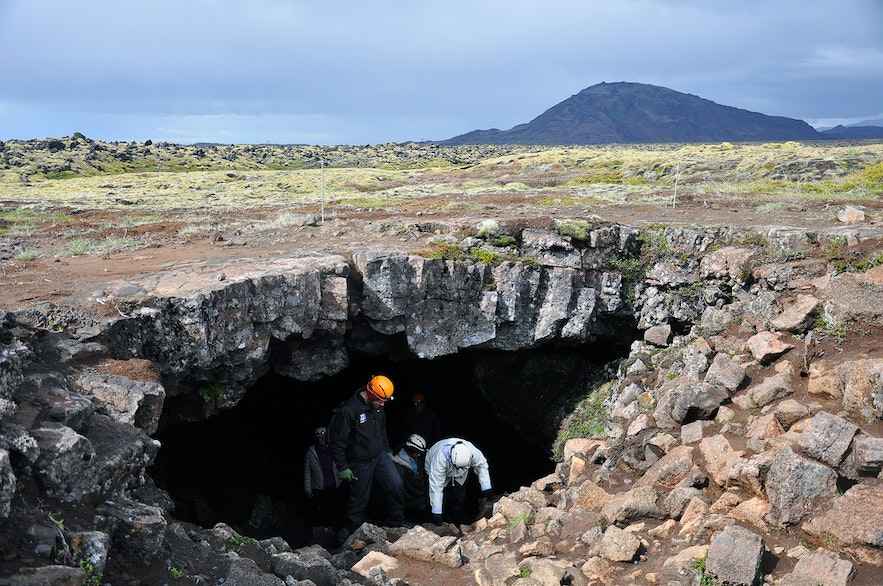 Never have I enjoyed squeezing myself into a little dark space less.

When I arrived, the guide had the nerve to tell me my outfit was inappropriate. He told me to change my shoes when I was wearing authentic Louis Vuittom, and the other women were wearing sneakers and hiking boots. As in actual hiking boots. Meant for hiking.

Of course, the lava caves are not beaches in France, so I was not going to be told what to wear. 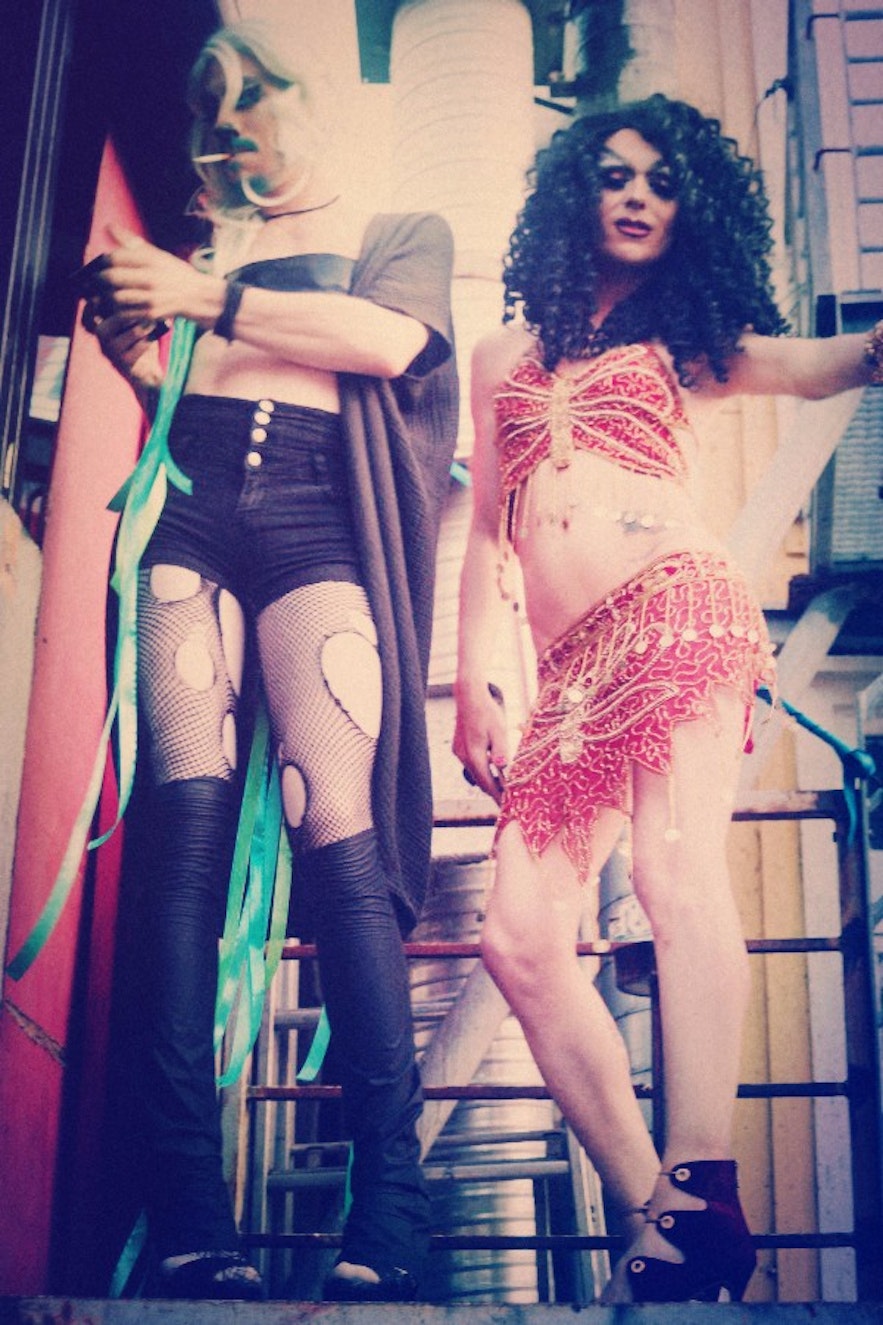 What turned out to actually be inappropriate, however, was how rough and grabby the rocks were. My heels were scuffed in moments and had snapped in minutes, my cape and the train of my dress were torn to shreds, and one of my hairs snagged on the ceiling, which somehow tore the whole lot out. I entered the cave looking like Princess Diana in 1981, and left it looking like Princess Diana in 1997. 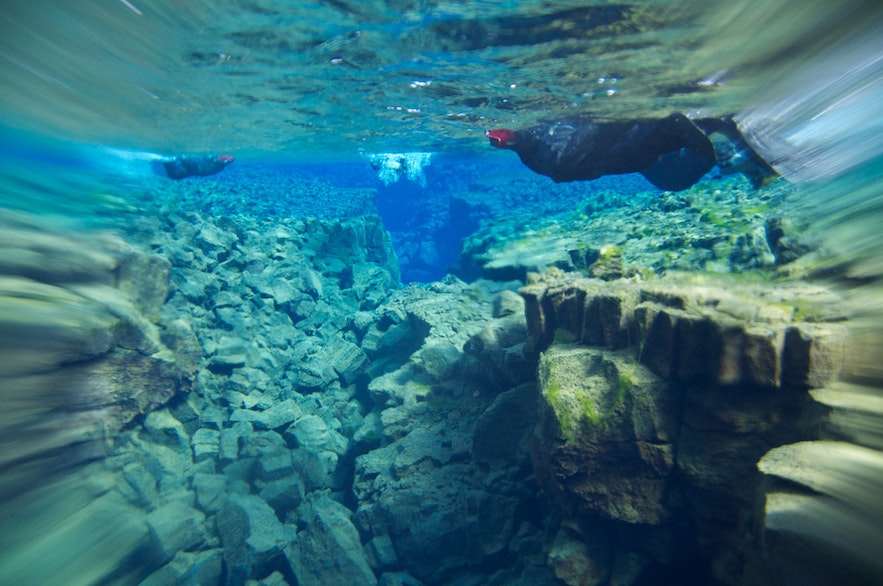 When Captain Quint, from the 1975 feature film Jaws, said ‘1100 men went into the water, 316 men come out’, he was actually quoting the survival rates of Silfra fissure at the time.

While safety has improved over the past forty years, Silfra cannot be described as anything but a nightmare. Freezing cold, devoid of life, accessible only in the frumpiest of safety equipment, it’s a wonder how any tourist industry managed to begin, let alone last. I know this quite intimately; as someone who despises tourists, I actually started my life in Iceland conducting snorkelling tours here just to watch them suffer. 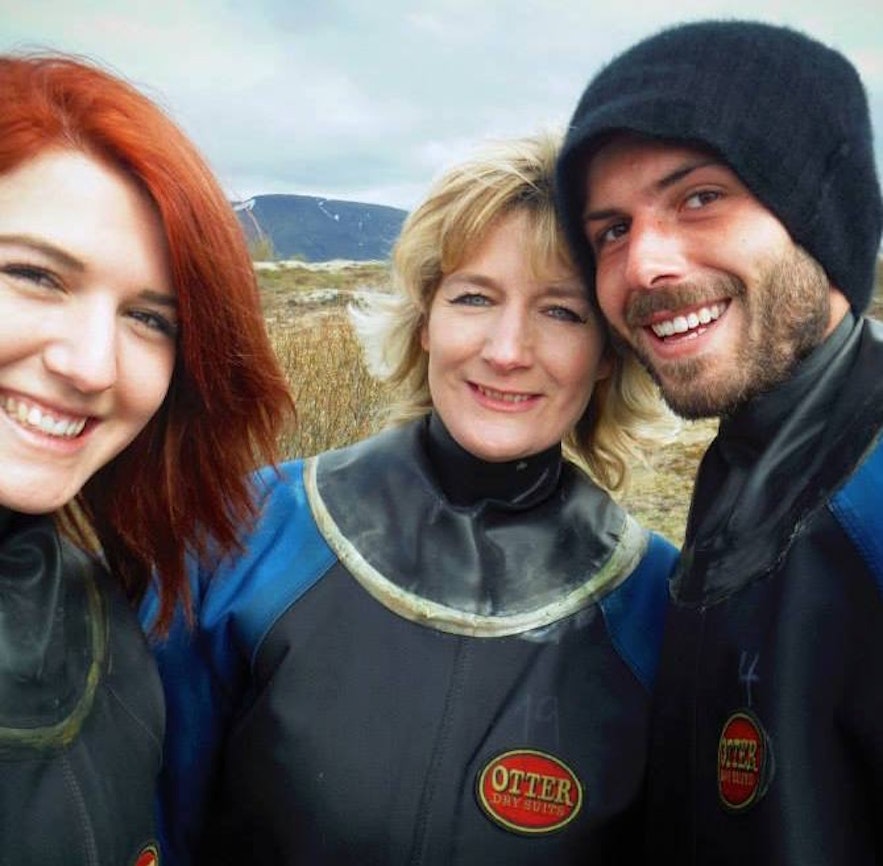 I lasted one shift.

It was a trauma. My customers were swept out into the lake, or else became stranded on an island screaming for rescue. One man’s drysuit ripped, another contracted hypothermia, and some child said they got bit by a fish.

Worst of all, however, one poor lady didn’t hear the part about not peeing in the suits because she was too busy finding a snorkel that matched her fins. When people saw, they laughed so cruelly that the poor thing was forced to set fire to the tour bus with everyone inside, run over two park rangers as she escaped, go into hiding, and become an internationally famous blogger/model. 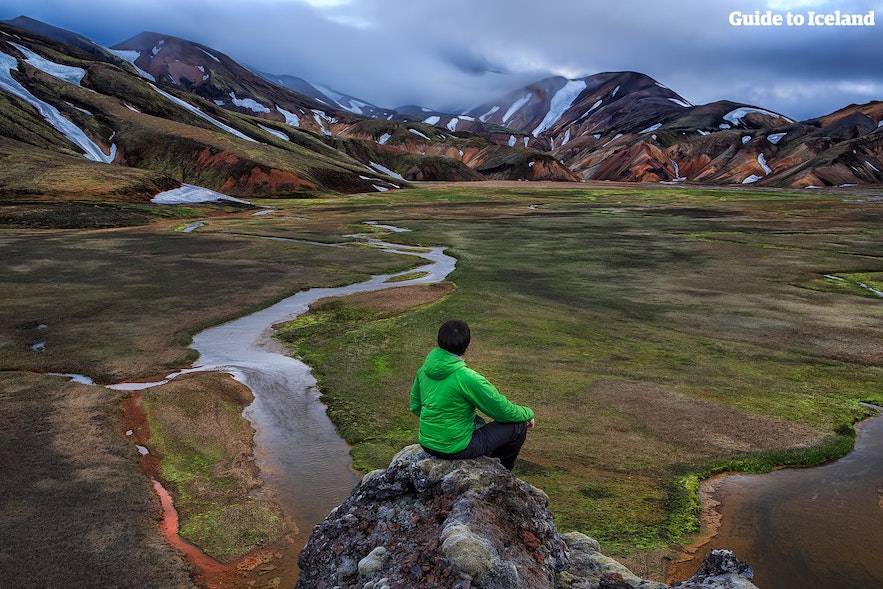 Hiking is the opposite of lying down, and thus I refuse to be part of it. Nature is on the internet, and the fact that anyone would not only stand-up to see it, but actually walk is completely archaic, ludicrous and obsolete. In fact, it’s nothing short of attention-seeking.

Besides, Iceland’s hiking trails are just rubbish. They somehow manage to be incredibly remote and isolated, yet still covered in human defecation. They also have no bars, so you have to carry any alcohol with you for the entire duration. Some of these hikes go on for a week, so I have no idea how anyone could expect someone to carry six gallons of vodka for that long.

If you need an explanation, you don’t deserve one. 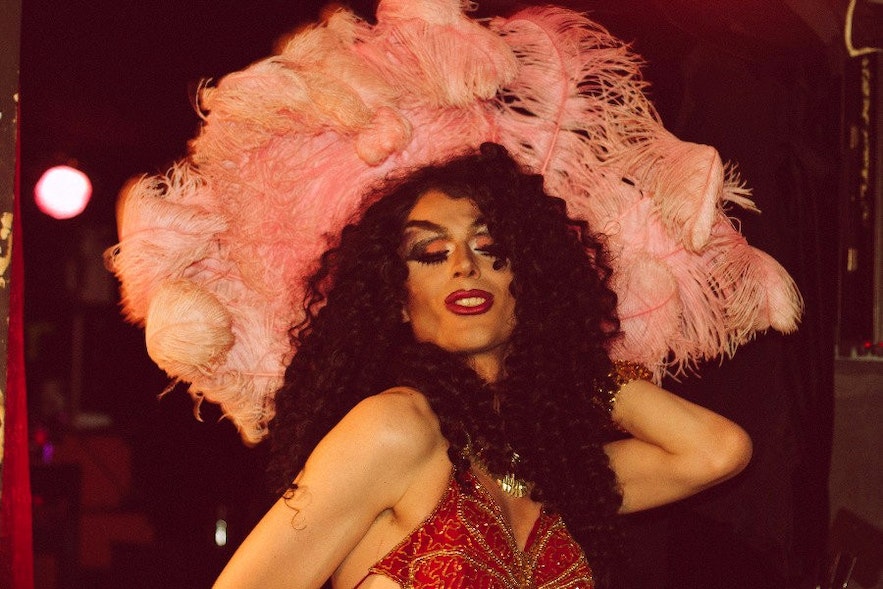 There are more to list, but currently, I’m undercover taking the Into the Volcano tour to escape the authorities. Unfortunately, the volcano is starting to erupt, so I can’t recommend doing this one either. Even as I climb to safety over all these bodies, however, I'm still having more fun than on the whale-watch.