The UGLY truth about Iceland

For any philistines who do not know, I am Wanda Star, Reykjavík’s premier local entertainer, and most beautiful woman. Having resided on this rock (I can’t stretch to calling it a country) for the past three years, I think it’s high time that someone dispelled many of the rumours about this god-awful place.

As an insider of Iceland, I can confirm that there is an ongoing international propaganda campaign to convince foreigners that this barren island on the edge of the Arctic Circle is a lovely place to have a vacation. Like the existence of the Northern Lights, this is a myth. It is a trap. After the financial crash and Eyjafjallajökull eruption, the corrupt government of this country will do anything for money, even if it involves cheating you out of yours.

This should be obvious. Iceland is home to the descendants of the world’s worst historical savages; the vast majority of it is an uninhabitable wasteland; the weather is nothing short of apocalyptic; and the land itself is prone to constantly and randomly exploding without warning. You may be told that this is the one of the only places in the world without cockroaches, but that’s not because they can’t live here; it’s because they don’t want to. 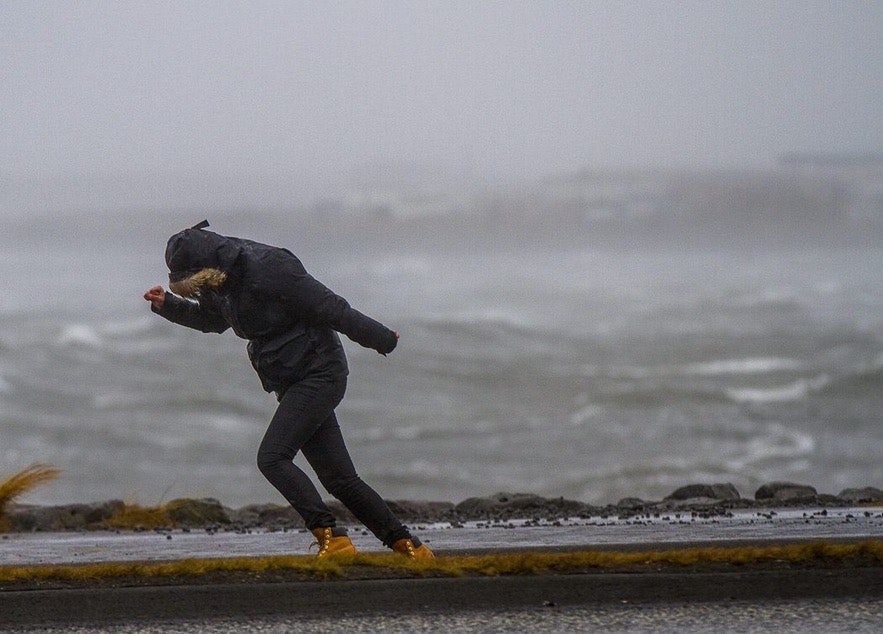 A beautiful summer's morning in Reykjavík. Picture from 'Things to do during storms in Iceland'

In my opinion, it’s time for someone to get real. And everyone knows, if there is one word to describe what Wanda Star is, it’s real. From the tips of my acrylic toenails to the top of my wig, what you see is exactly what you get. No frills or illusions.

So let’s get into it, and start dispelling lies.

Helena asks, 'What is the Number 1 thing not to miss when you come to Iceland?' 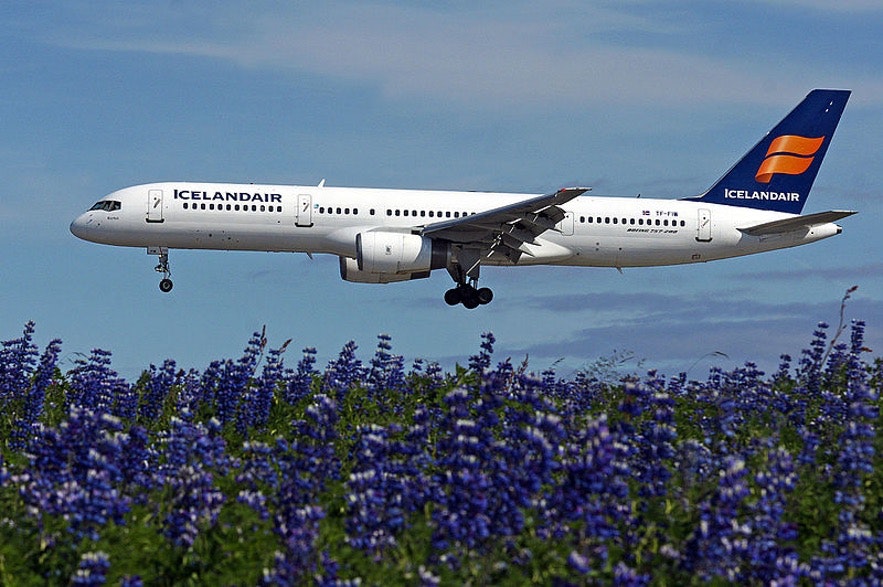 A Boeing 757-200, full of hapless, misinformed tourists about to experience a rude awakening.

You are likely to need to remortgage any properties you own to be able to buy a day’s worth of food in Iceland. Just one extra day here will cost you the equivalent of one of your kidneys on the black market, so you really cannot afford to linger. What’s worse, Iceland’s backward government, ever trying to oppress women, have banned all ways in which a girl can make a quick buck, so you can’t even fall back on your body if you do get stuck.

You’ll be gutting fish just to afford a bite to eat within hours.

Raul asks, 'What kind of shoes should I bring with me to the ice cave?' 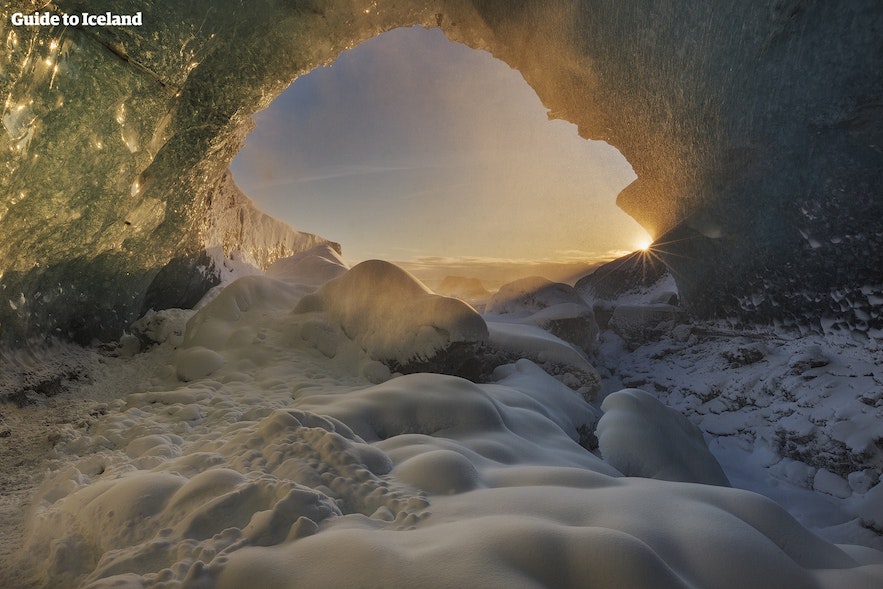 Ice caves do not have any kind of bar in them, so make sure to remember your own drinks.

Ice cave tours are largely conducted by sexy, bearded, brooding glacier guides, so you will want to impress them with your shoes. That means no flats. I recommend a heel of at least four inches, with a tiny point for hooking into the ice. That is sure to get your guide’s attention.

Just because you have the attention of an Icelandic man, however, does not mean you should pursue it. Icelanders have notoriously high life expectancies, so you will be a long time waiting for that alimony.

Jonathan asks, 'What’s the best way to see a glacier in Iceland?'

From your hotel room, on Youtube. It’s warmer and cheaper than a tour, and you don’t have to stand up or, god forbid, walk. And as soon as you are bored you can just rewatch Beyoncé’s Formation video.

If you are still eager to see the glaciers in person, just look to the bottom of your cocktail glass at the ice cubes, and decide for yourself whether it’s really going to be that different. Frozen water is frozen water, and frozen water really is not that exciting.

Videos such as this one are all over Youtube, meaning you can see the nice sites of Iceland without actually leaving the warmth and comfort of your home country.

Tony asks, 'Are there any nice ice cream places in Iceland?'

I applaud your optimism Tony, but there are no nice places at all in Iceland.

You would think that a country that never defrosts may be able to provide the basic service of ice cream, but Icelandic ice cream comes in three flavours: rotten shark, volcanic ash and lamb soup. I suppose the ash is alright, once you get a taste for it.

Berenika asks, 'Where can I take photos of abandoned places in Iceland?'

Contrary to popular belief, Reykjavík has not been deserted since the 1960s, it just looks like that. Photo from 'Top 10 things to do in Reykjavik'

Most places in Reykjavík have an air of abandonment and dilapidation that I guess you’ll really enjoy. Think Chernobyl, but with tourists. Outside of Reykjavík is a wasteland of ghost-towns, collapsing churches, and dilapidated farms, but I can’t recommend going out there, what with the constant eruptions and polar bears.

Eleanor asks, 'Can I bring my drone to Iceland?'

Iceland is a country with no armed forces so it seems a little excessive. Yes, you could bring your drone to scope out the scene and clear a path for you, but a small militia really could take Reykjavík’s government buildings with little to no effort. A drone would make more of a scene, gain you notoriety, and it’s not like it could make Reykjavík any less pretty, but it might draw unwanted international attention.

My advise is to forget the drone, just walk in, depose the president, and form a military government. I doubt NATO would even notice. In the UK, we just think Iceland is a supermarket.

As can be seen in this drone footage, Iceland is almost entirely deserted, meaning any invasion is likely to be swift and easy.

I have to stop answering questions at this point, as it’s morning and I don’t want anyone to notice I’ve broken into the Guide of Iceland office to type this and get the truth out. I hope that my words have helped to undercut the propaganda that covers your television, print media, and social media newsfeeds. This government campaign has become too much, and I could not sleep knowing I had not done my bit to prevent you losing your holiday time, hard-earned money, and most probably your life.

If you have any more questions about this dire island, please post them on the forum, and I will make sure the truth gets to you. Check back here every Friday for more revelations about this worldwide conspiracy from someone who sees what happens here first-hand. Until then, stay safe, and stay away from Iceland. 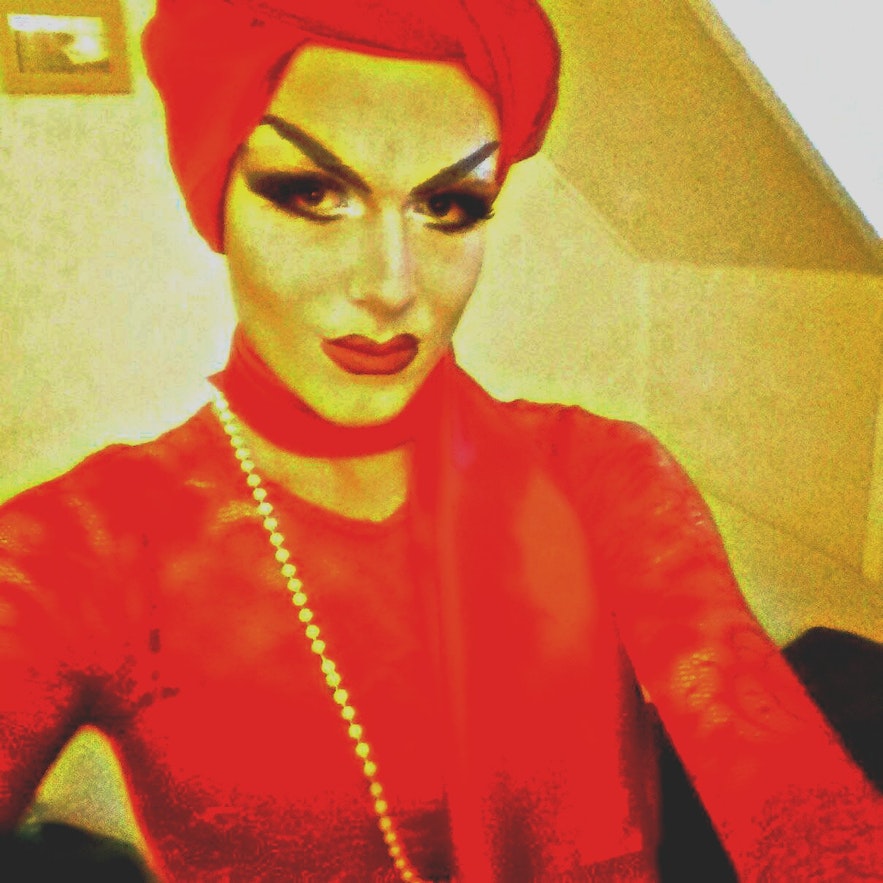