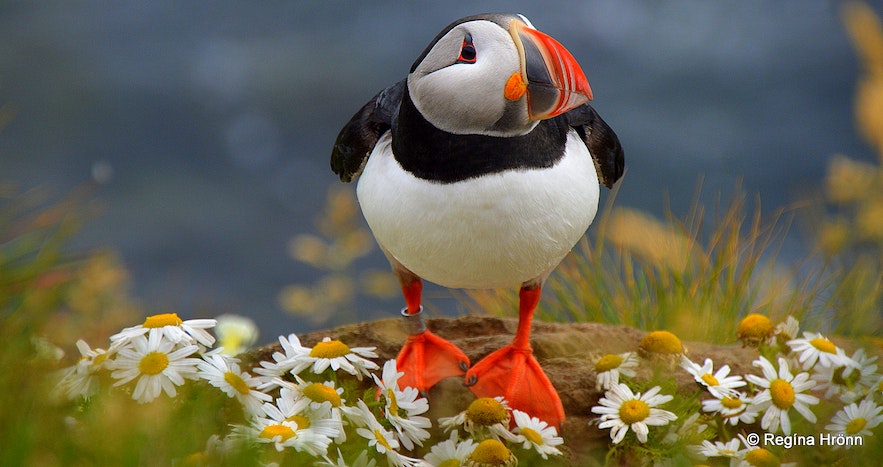 Puffins are so cute 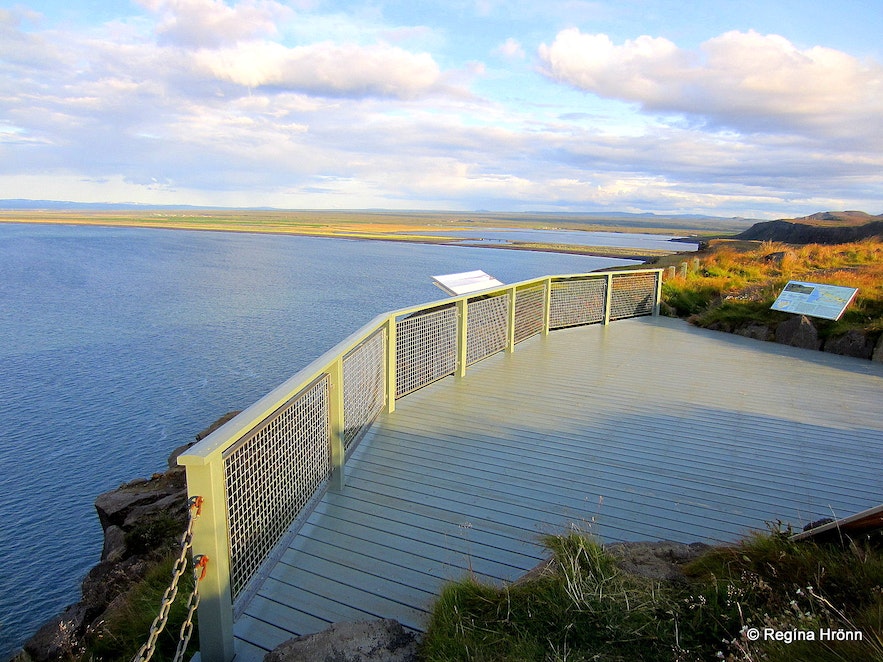 The observation platform at Hringsbjarg cliff

​I love how varied this area is, the very rugged Jökulsárgljúfur with my favourite spot in Iceland, Ásbyrgi canyon, and a bit further east the raging glacial river Jökulsá á Fjöllum - the second longest river in Iceland, which creates the most powerful waterfall in Iceland, Dettisfoss.

This massive glacial river has its source in Vatnajökull glacier, the biggest glacier in Europe, and its delta can be seen by Kelduhverfi county and Öxarfjörður. One cannot see this far on top of the Hringsbjarg cliff, but make sure to check it out when visiting the Jökulsárgljúfur glacial canyon. 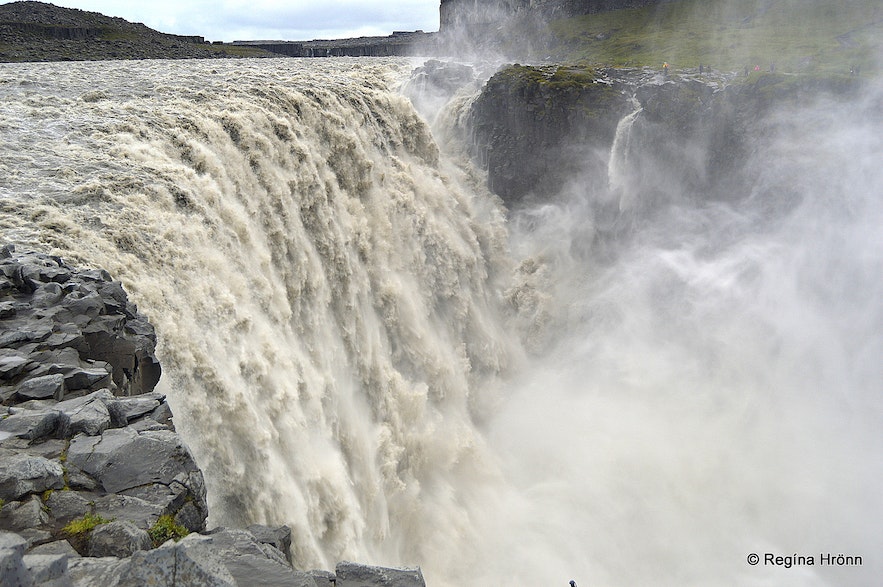 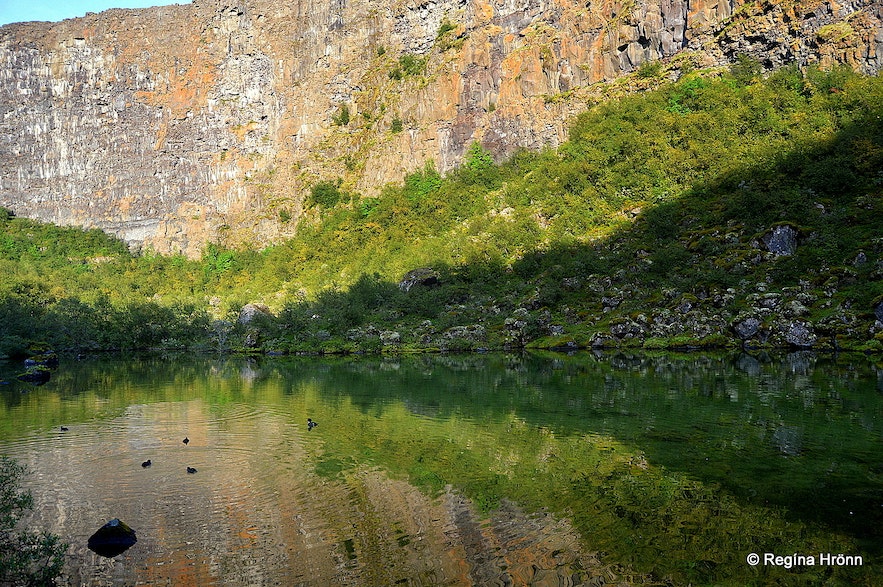 It is better to reach the view platform when driving from Húsavík, as it is located almost immediately as you drive up on Hringsbjarg cliff, so I am sure that a lot of people coming from Àsbyrgi, and being in Iceland for the first time, miss this observation platform. 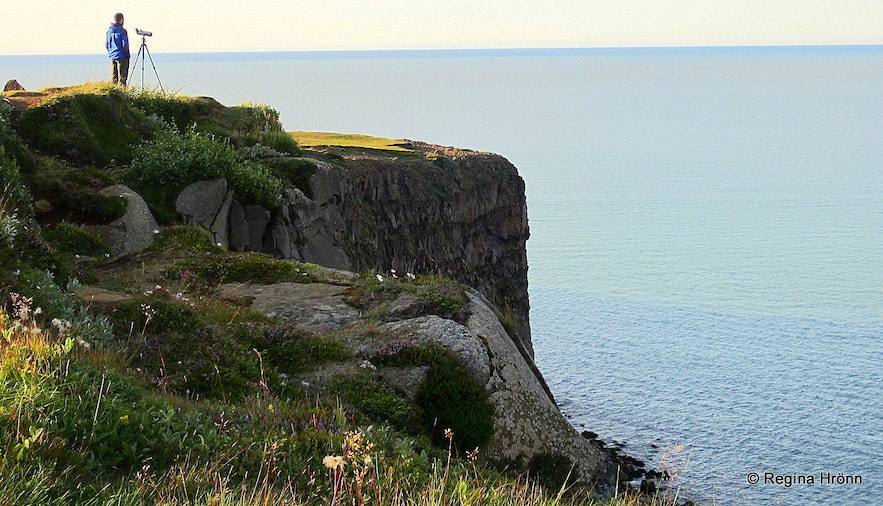 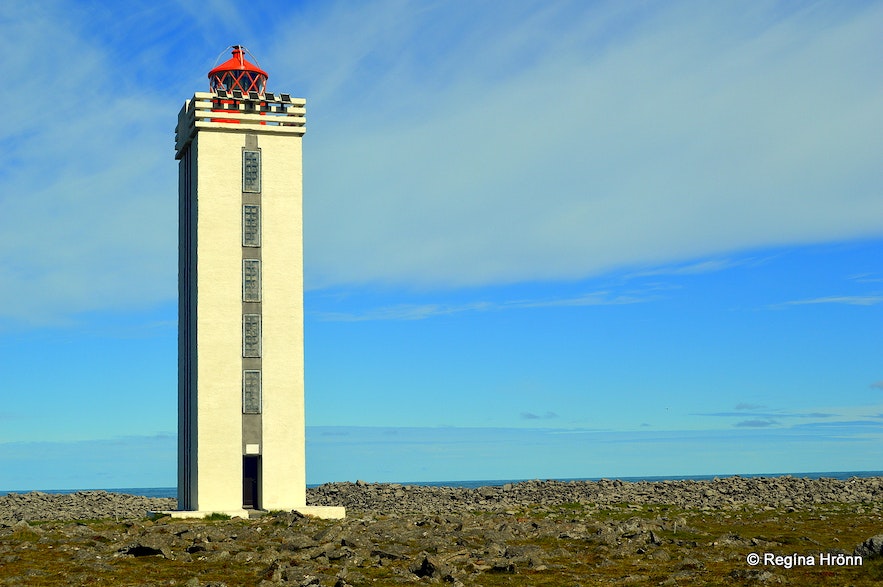 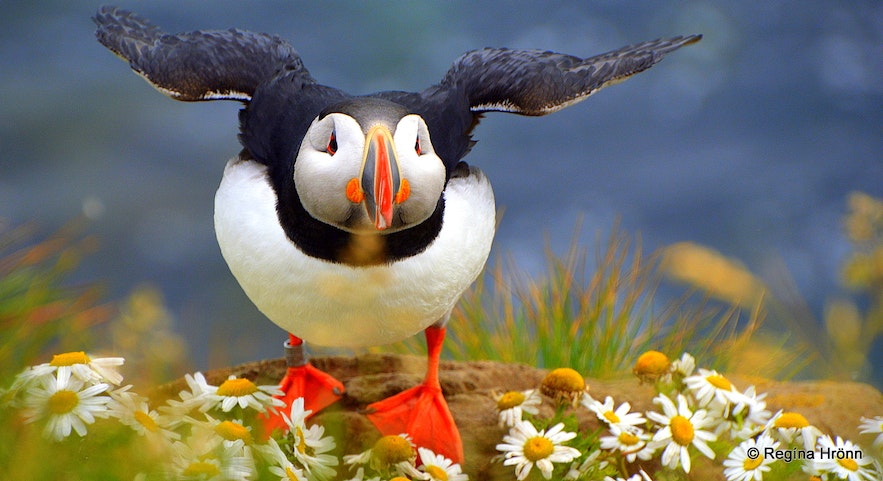 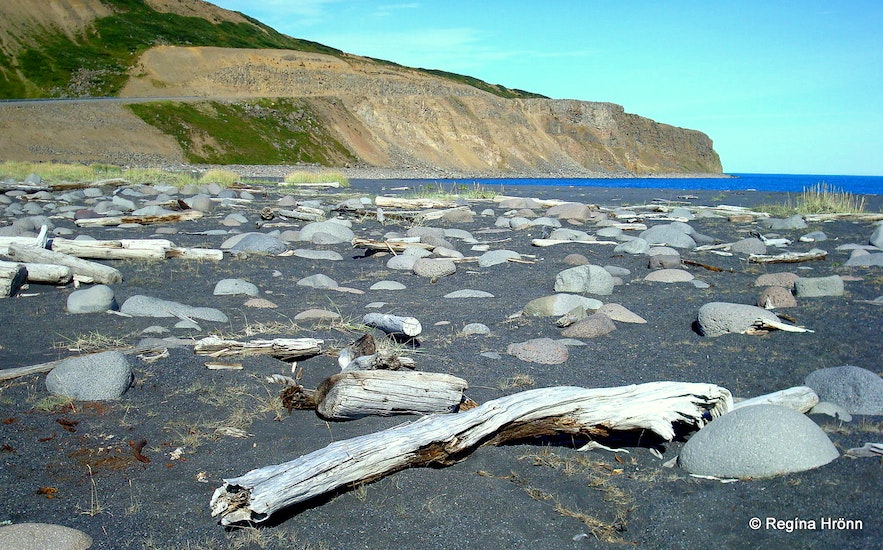 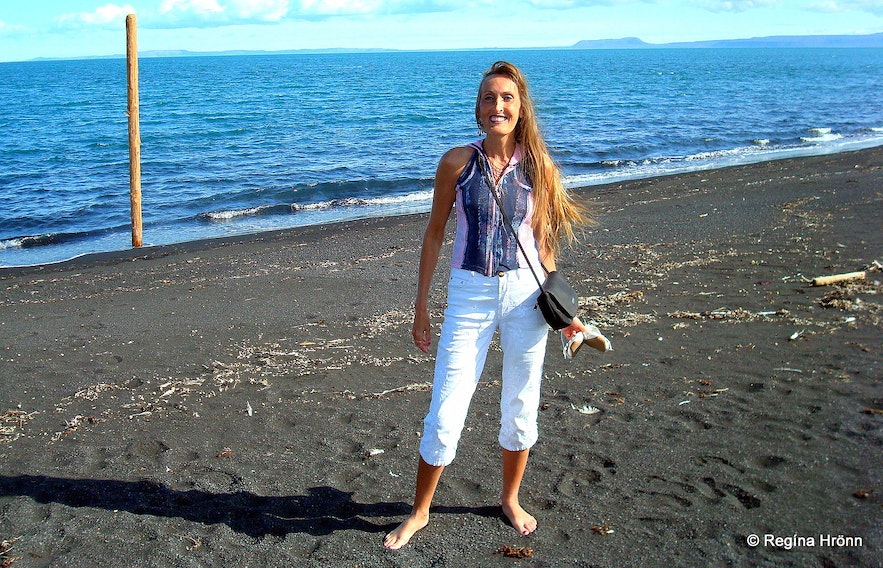 Visiting the Fjallahöfn beach on a sunny summer day - 20 degrees C (the following day I woke up in a tent in Ásbyrgi in 7 degrees C and heavy rain!) 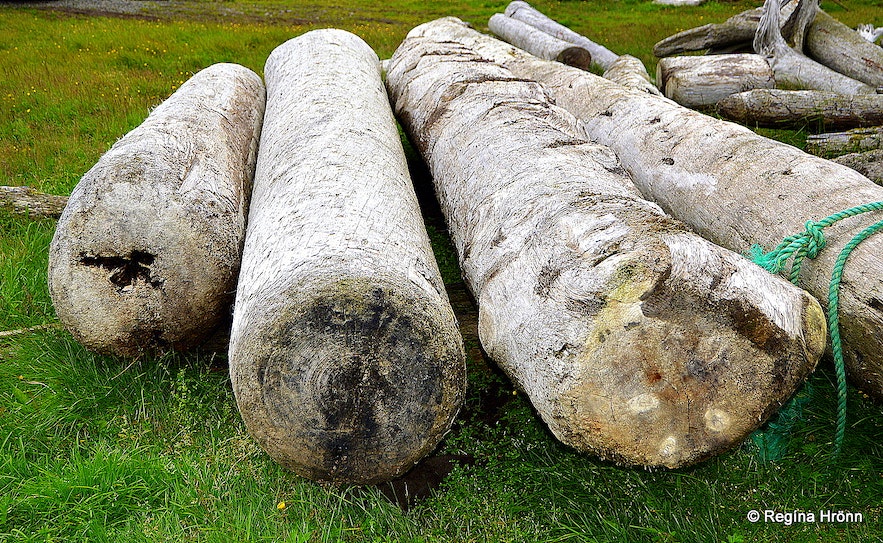 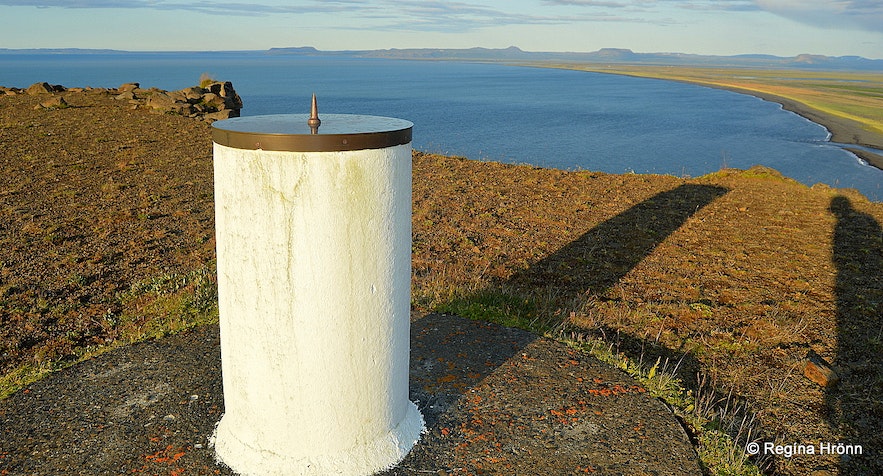 ​You will find another lovely observation-spot on Hringsbjarg, with a beautiful panoramic view of this vast area.

This spot is called Imbuþúfa. On top of the hill, which is 132 meters above sea level, you will find a view-dial, made by my father-in-law Jakob Hálfdanarson in 1980, and erected in 1981 by the Youth Association Leifur Heppni or Leif the Lucky.

The view-dial is a copper plate on a molten tube with a time of three hours (eyktir). The view-dial shows the names and height of the mountains in the surrounding area. 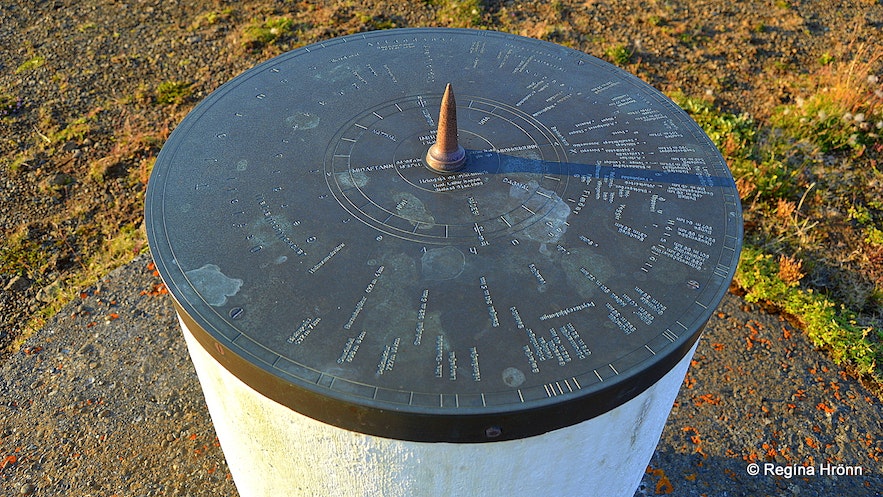 The first guest, which the Youth Association invited to see the view-dial was Vigdís Finnbogadóttir, our President at the time. 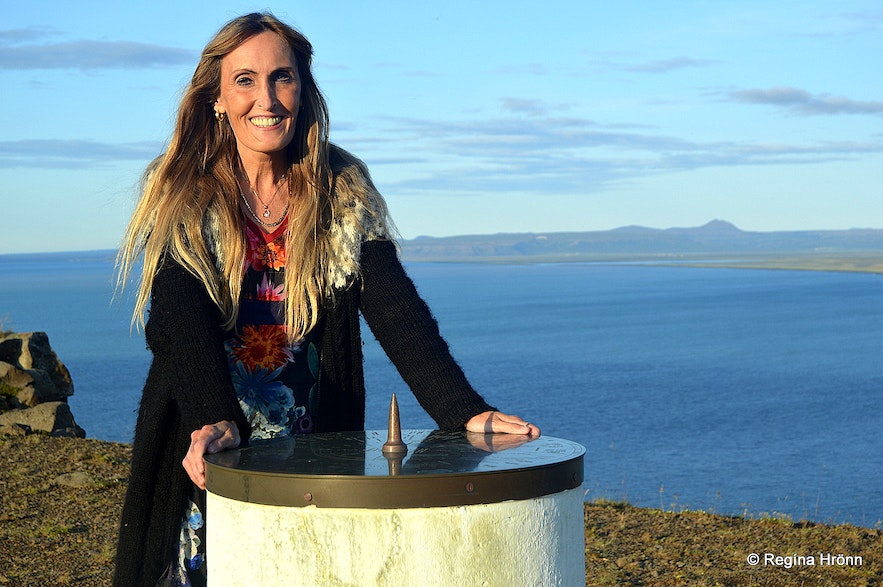 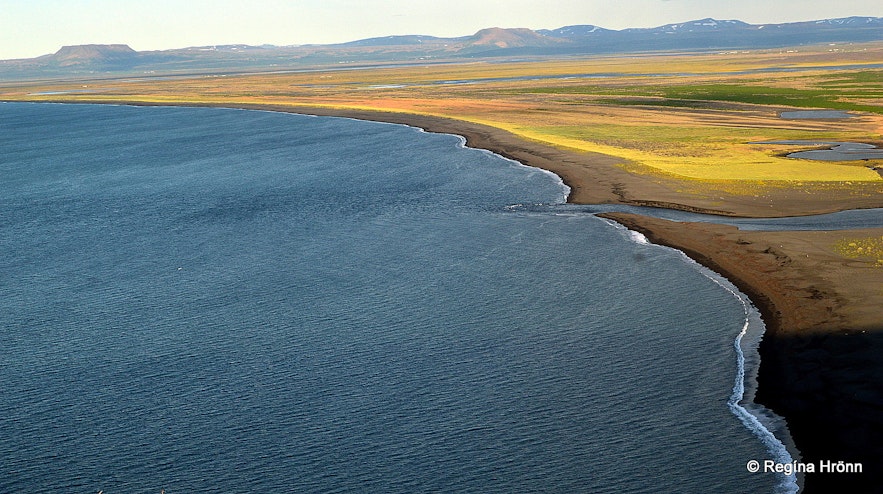 The view from Hringsbjarg cliff 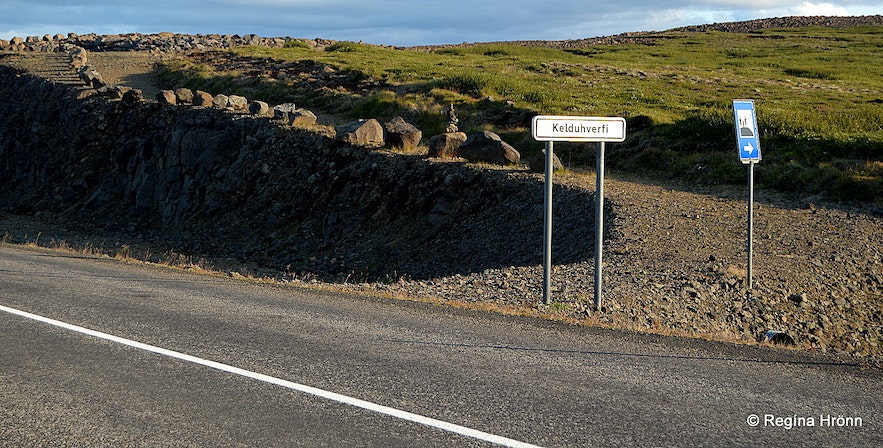