Gásir is a very special place in Eyjafjörður fjord. It is hard to believe it now, but Gásir was the main trading post in Northern Iceland in the Middle Ages. It remained a trading place for 4 centuries from the 11th century until the 15th century. During the summertime, a village (a camp) formed while the ships were arriving and leaving.

Gásir is quite unique as it is the only place where so many antiquities from a trading post from the Middle Ages can be found. 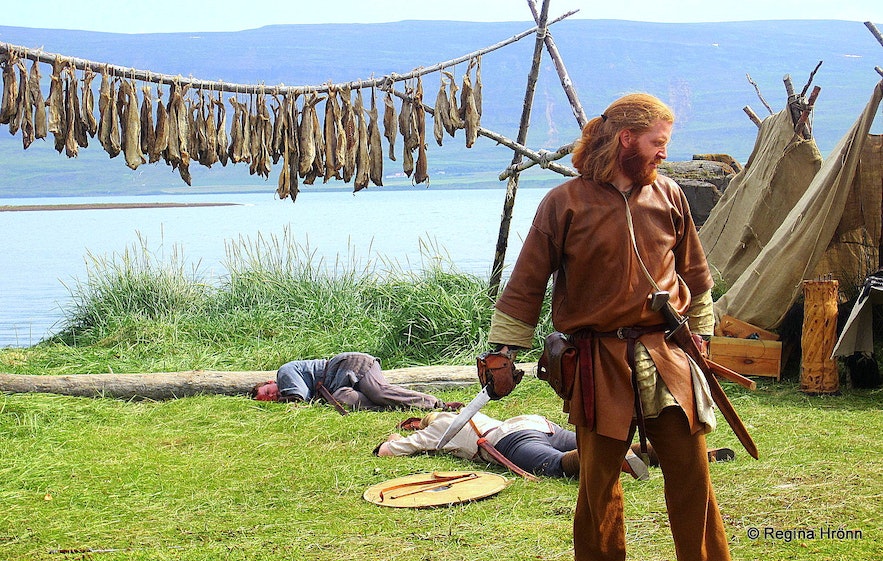 If you read the Icelandic Sagas you will find that Gásir is mentioned there many times. One of them is Sturlunga Saga, which was written from the first part of the 12th century until 1262.

In the third weekend in July each year, a 4-day-festival is held at Gásir, the Medieval Days, where the medieval trading place is recreated. The supposed villagers look like real people from the Middle Ages, as they are dressed up in medieval costumes. 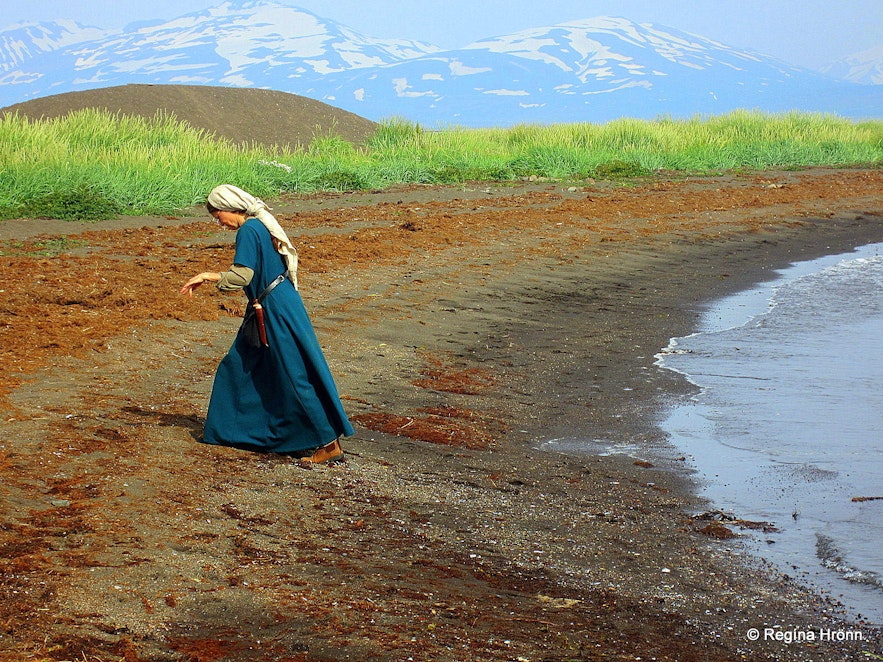 You can walk around the recreated trading place and learn about old Nordic crafts; how wool was spun, tanning, how sulfur was purified, and woodcarvers and black-smiths show their trade - just to name a few.

It is so much fun, like stepping back in time to the Middle Ages. Here one can watch medieval sword fighting, a medieval play showing events from Gásir, a market, etc. At the festival, one can learn some skills, f.ex. archery, where people can try to shoot a bow and arrow, and chop wood with an axe, and many more. 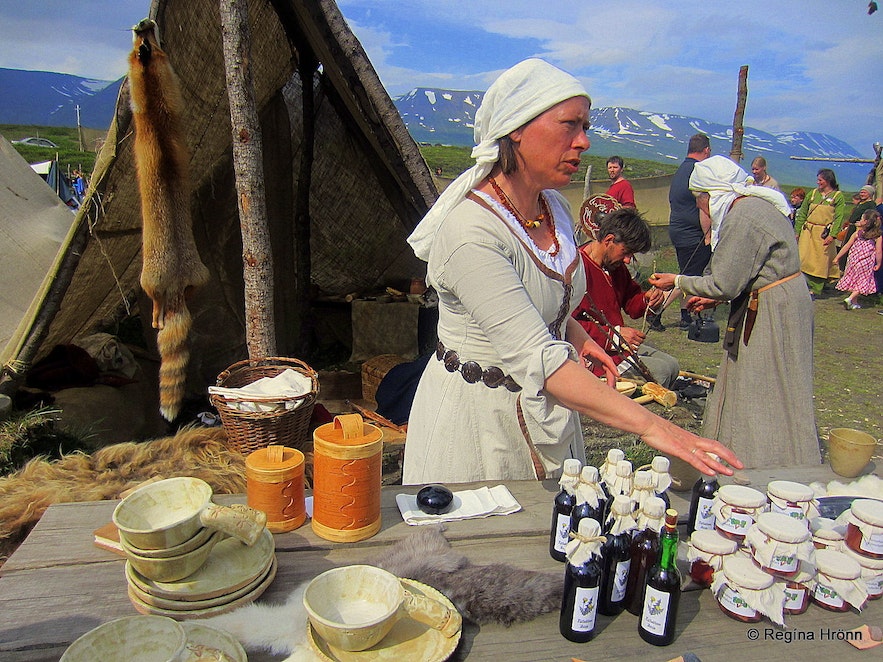 As the villagers are dressed in medieval clothes one can get some great shots here, I felt like I had just stepped back in time with my camera :)

Gásir is a preserved area under the care of the Icelandic Archaeological Preservation. We got to go on a guided tour to parts of the archaeological area during the Medieval Days festival. Our guide was dressed in medieval clothes and it was a delight listening to her telling us about this remarkable place. 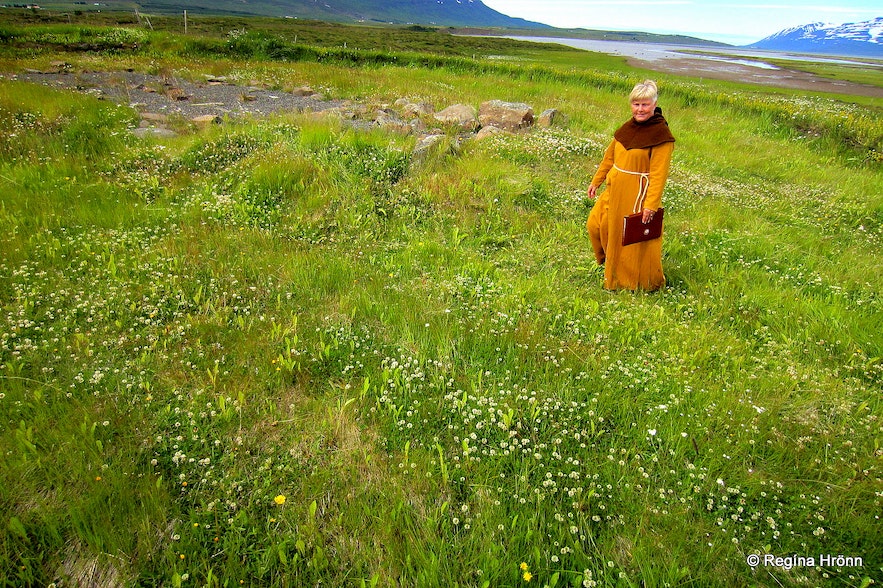 In 1907 and 1986 experimental kinds of research were performed at Gásir. And archaeological research took place at Gásir from 2001-2006, which was performed by the Museum of Akureyri (Minjasafn Akureyrar), the National Museum of Iceland, and the Icelandic Institute of Archaeology.

Nowhere in Iceland have been found such antiquities from a medieval trading post as at Gásir. 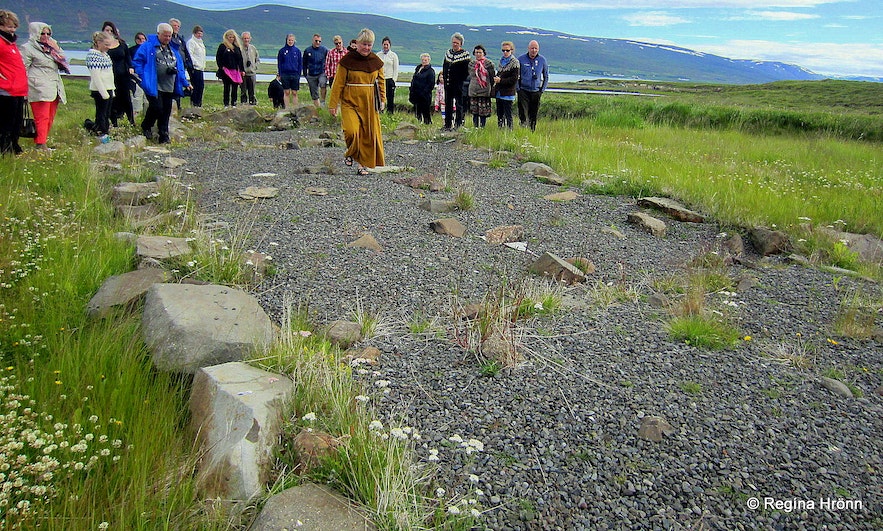 Here at Gásir the biggest collection of pottery breakage in Iceland has been found. The pottery breakage is from the 14th and 15th centuries and originated in Germany and England. A red cent has also been found here at Gásir. The archaeological digging has shown that Gásir was a trading post until the 16th century.

The archaeological site is to the north of where the festival is held and you will find an information sign just above the ruins. 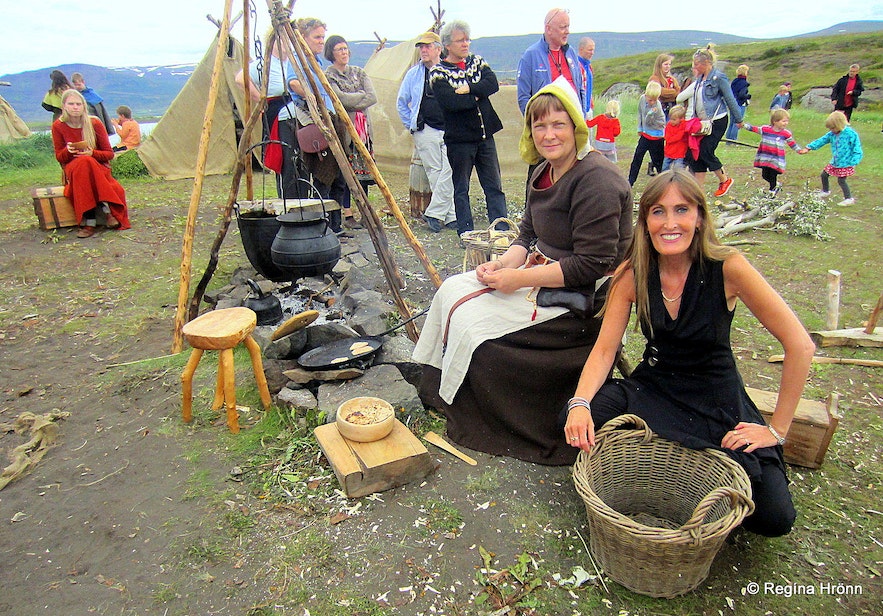 There is admission to the festival, but children shorter than a Middle Age sword visit the area for free :) We attended the festival for 2 days as we were staying in a cottage in the next village, Hauganes, for a week, but from that village, you can go both whale watching and sea angling.

If you are ever travelling in North-Iceland in the third week of July don't miss visiting Gásir. There is plenty of history, fun, and photo opportunities. Gásir is only 11 km north of Akureyri, the capital city of the North.

Many interesting guided tours by Saga Travel GeoIceland up north 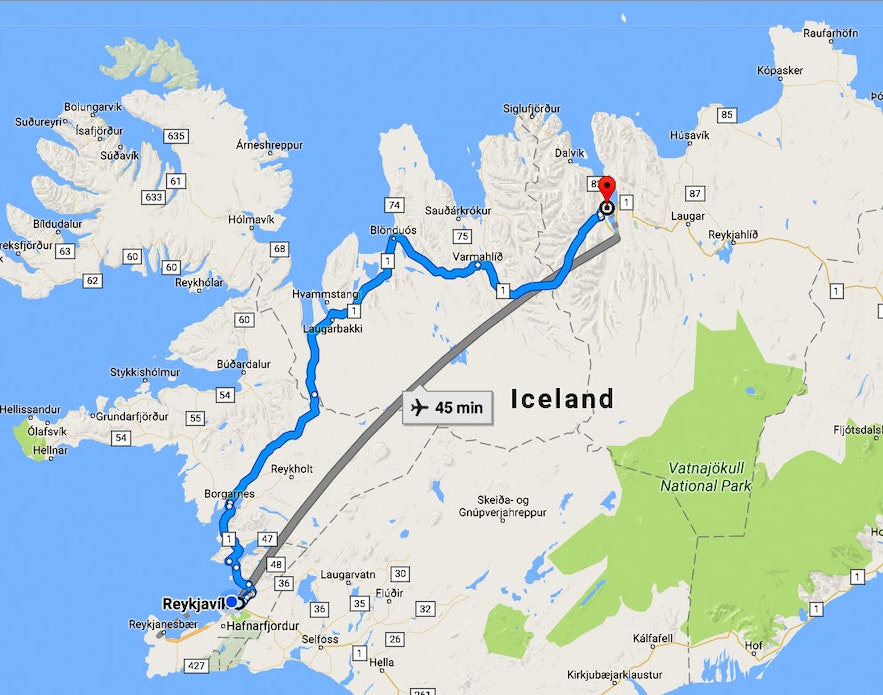 Now, if you want to carry on reading about what there is to see and do in Eyjafjörður, then there are 5 parts left of my 8-part travel-blog:

Eyjafjörður fjord up North - part  I - Hrísey Island, the Pearl of EyjafjörðurI

You can rent a car in Reykjavík and drive up north in a day or two, as Akureyri is 388 km from Reykjavík, with lots of interesting stops on the way.

Have a lovely time at Gásir :)