I have told you about the monolith Hvítserkur, which is a very popular monolith on the Vatnshes peninsula in North Iceland.

But dotted along the coastline of Iceland you will find many other interesting monoliths and arch-rocks, one of which you will find in North-Iceland at Bakkahöfði cape. It is called Gatanöf and is a very distinctive arch-rock.

Most people just drive by so it goes relatively unnoticed. It is very distinctive though and well worth a visit. 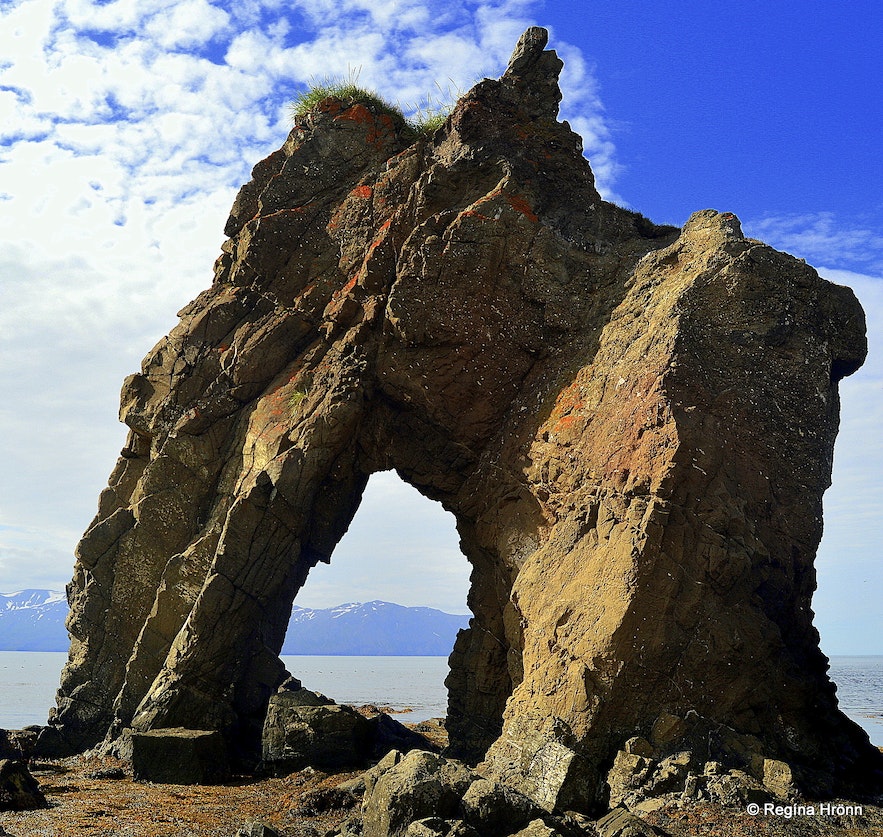 Gatanöf on Bakkahöfði cape looks like a majestic animal of some sort and you can take some beautiful photos on this spot. I visited it a couple of years ago and was trying to find out if some folklore is related to this monolith, so I never got around to writing about this beautiful place.

It sure is distinctive so it is fitting for folklore, but I haven't been able to find out any story related to it. My grandmother was born in Húsavík together with her 14 siblings and had she been alive I am sure that she could have told me some stories from this hidden-away-from-view arch-rock. 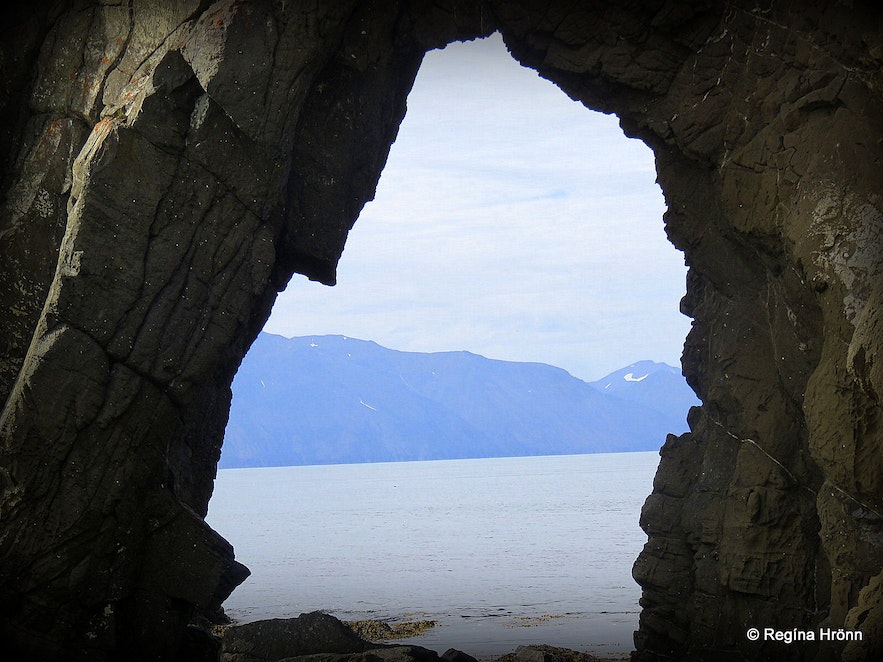 There is so much knowledge lost with the passing of our ancestors :(

Fortunately, Jón Árnason did a great job in collecting folklore from all around Iceland and I often refer to his 5-volume work Þjóðsögur Jóns Árnasonar - the Collection of Folklore by Jón Árnason in my travel-blog.

If it weren't for his effort and great work in saving Icelandic folklore all these wonderful stories and knowledge might have been lost.

Such monoliths and arch-rocks very often have a troll story related to them and many of them are trolls that have been caught by the rays of the sun and have been petrified. We have many such rock formations, which we refer to as Karl and Kerling, if two of them are standing together.

Karl means a male troll and Kerling a female troll in this instance and they are often a married couple who stayed out too late and got petrified. 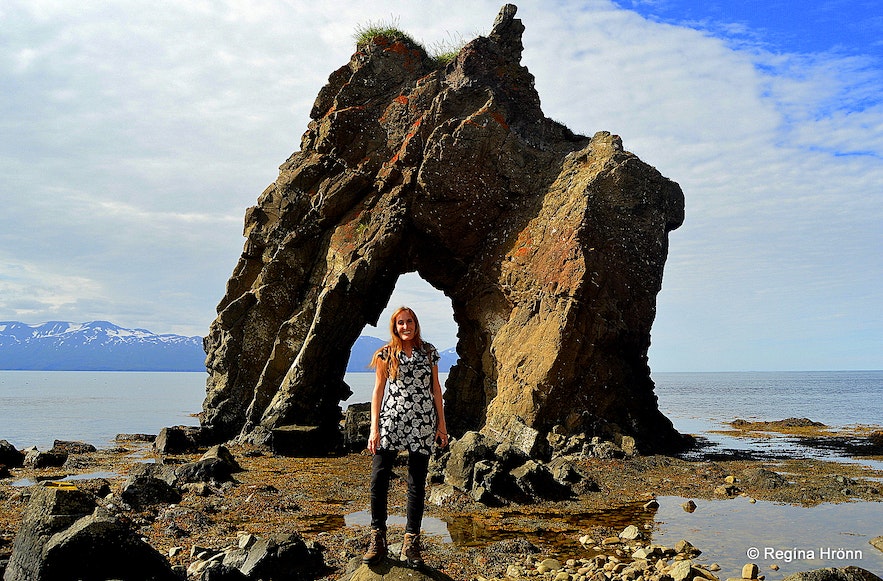 I have also seen the name Bakkastakkur used for this arch-rock.

But from what I can see from the map on the website of Landmælingar Íslands - the National Land Survey then there is Bakkastakkur, Illanöf, Gatanöf, and Selanöf in the right order. 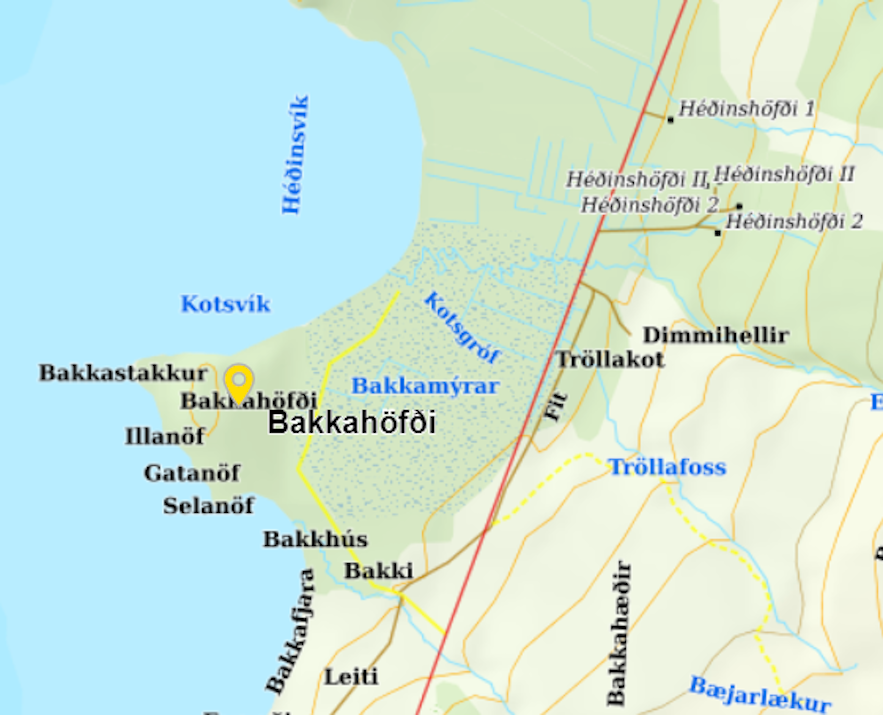 A map from the National Land Survey 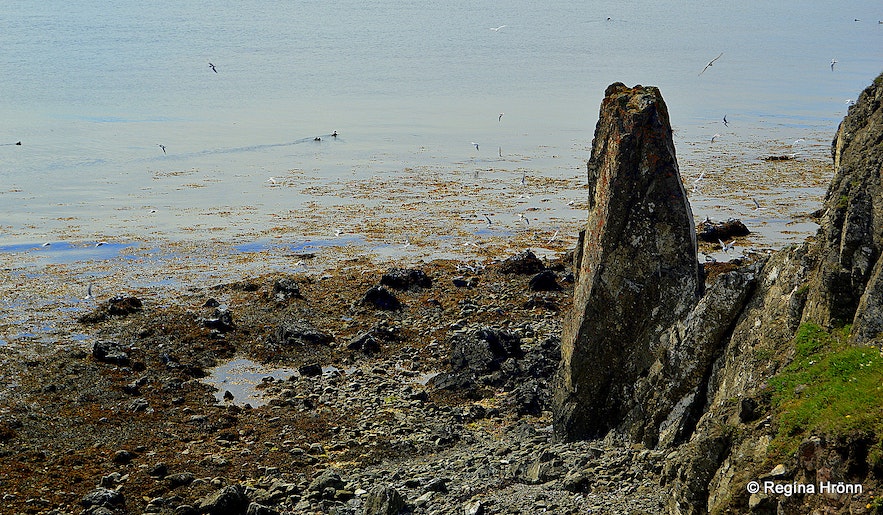 You can see and photograph Gatanöf from above, but a path (a sheep trail) will take you down to the sea where you will be able to stand right next to the arch-rock when the tide is out.

Let's always be careful when visiting such monoliths and remember that the rocks are slippery as they are covered in seaweed - and at some point, the tide will come in. 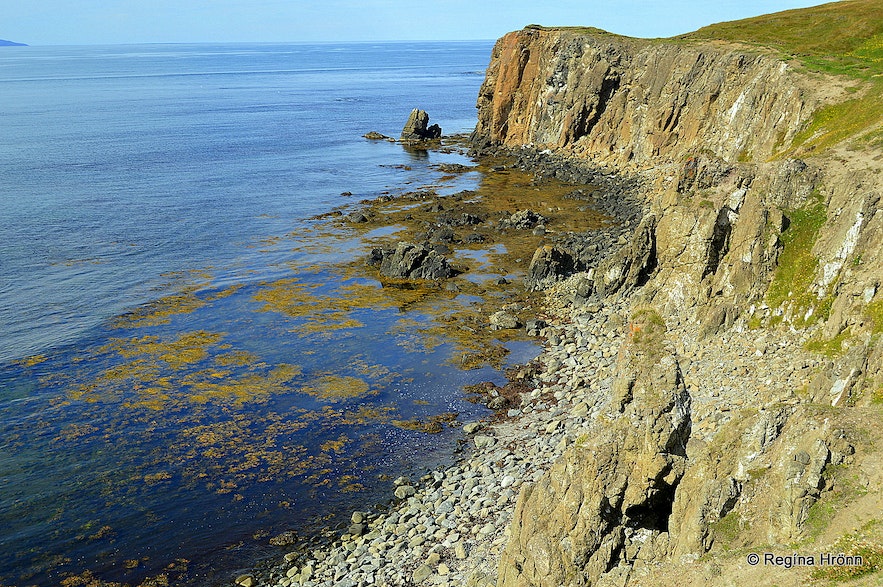 And here is another rock.

Beware of the Arctic tern - we carried an umbrella to defend us from its attack, but if it thinks that you are getting too close to its nest it will attack you. Sometimes it is just overly vigilant and will attack you anyway - just in case :(

I have way too often been attacked by this bird and it has kept me from seeing some beautiful spots. It is sometimes so fierce that the only thing you can do is to give up and turn back. 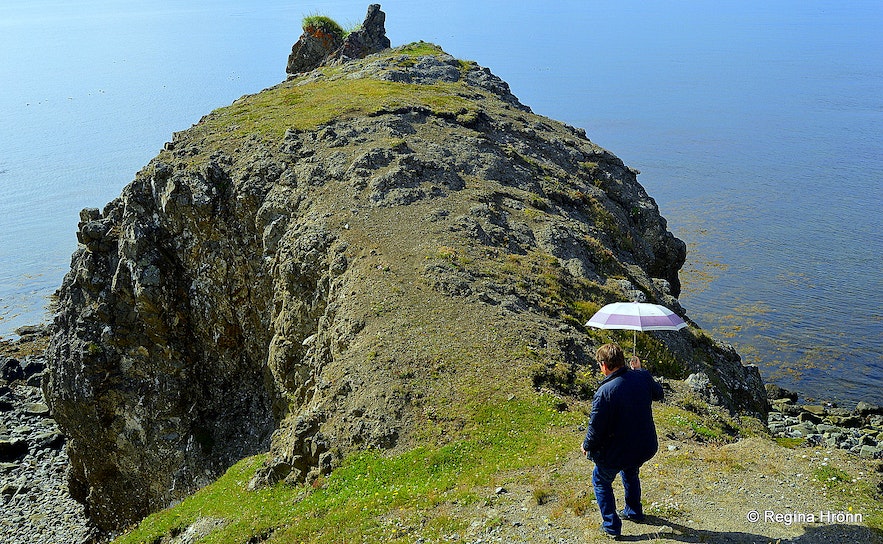 I have been keeping these photos and destination to myself for some years, but when I saw a chapter about Gatanöf in a new book; Photographing Iceland, with excellent information for photographers about how to make the most of this destination, I decided on finally writing this travel-blog - even though I haven't got any folklore to connect to Gatanöf.

I asked for this book for Christmas and can recommend it. It gives you such good pointers on when and how it is good to take the best photos at interesting locations around Iceland. I am a travel-blogger and just an amateur photographer, so these photos will have to do, but I have seen some awesome photos of Gatanöf by professional photographers. 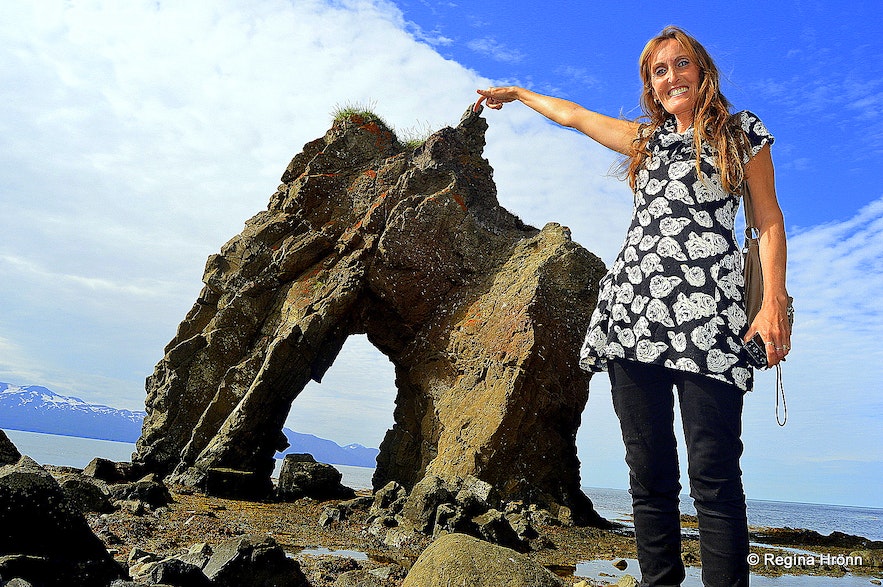 Gatanöf is located just 3 km north of the beautiful town of Húsavík. On the way, you will pass the latest addition to Húsavík, the lovely nature baths on Húsavíkurhöfði cape.

To reach this interesting rock-arch, Gatanöf, drive for 3 km north from Húsavík and turn left by the PCC Bakki Silicon factory. Yes, there is a factory here on this active tectonic plates area. 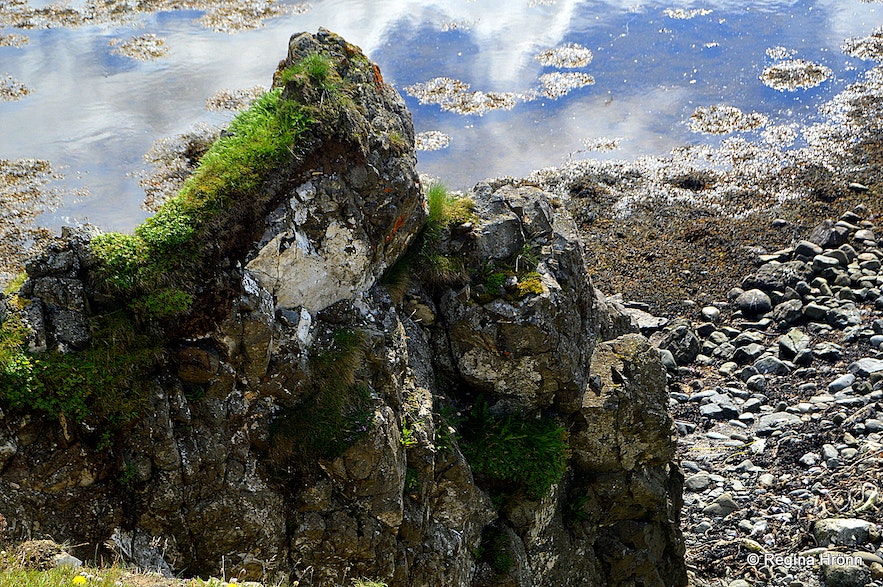 Drive straight in the direction of the sea. Leave the car at parking by the end of that road and walk to the monolith. It is not far, I don't know how far really, but you follow a dirt road until you reach the monolith.

I saw on the website of Húsavík that the entire hike is only some 2 km.

To reach this area in North-Iceland you can rent a car and drive around the Tjörnes peninsula.

This is a very interesting area which is a part of the Diamond Circle of Iceland about which I have written 2 travel-blogs: