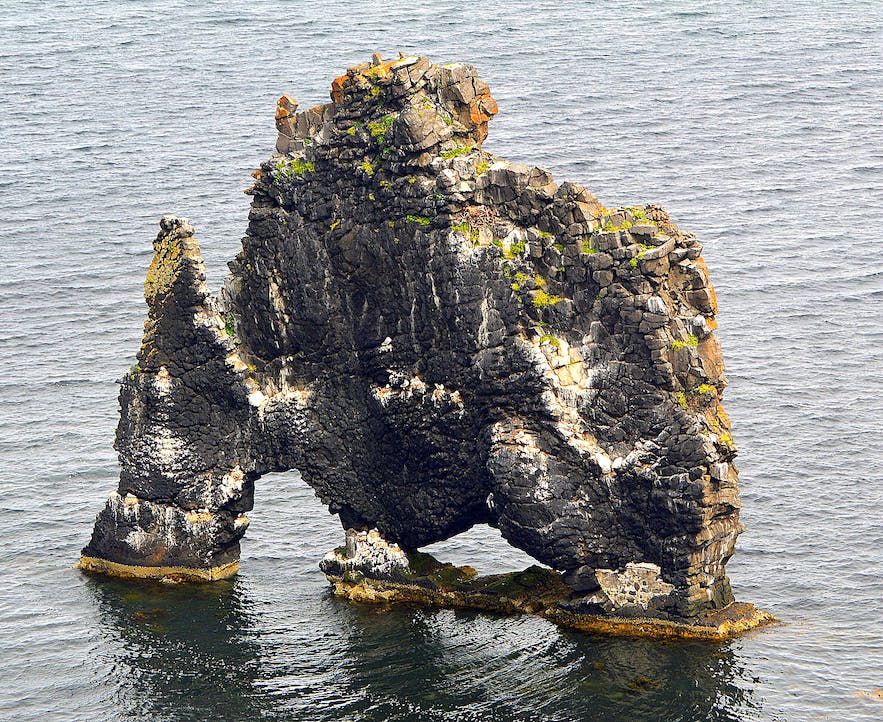 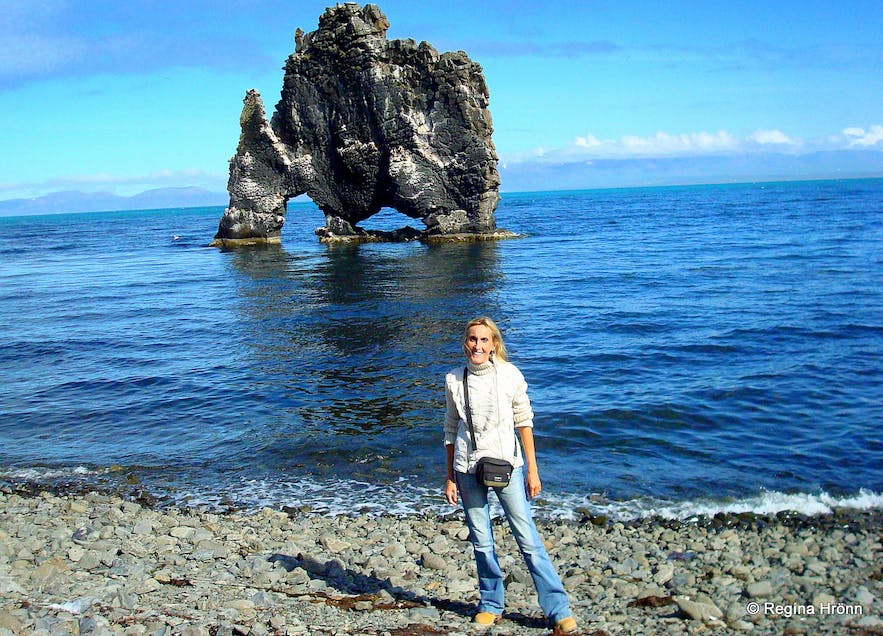 The legend goes that Hvítserkur is a petrified troll. The troll lived in Strandir in the Wesfjords and wanted to tear down the bells at Þingeyraklaustur convent. The Icelandic trolls are not Christian and don't like the sound or sight of churches or church-bells.

Fortunately, the troll got caught by the first rays of the sun and, as we all know, then trolls turn into stone by daylight ;) See also: 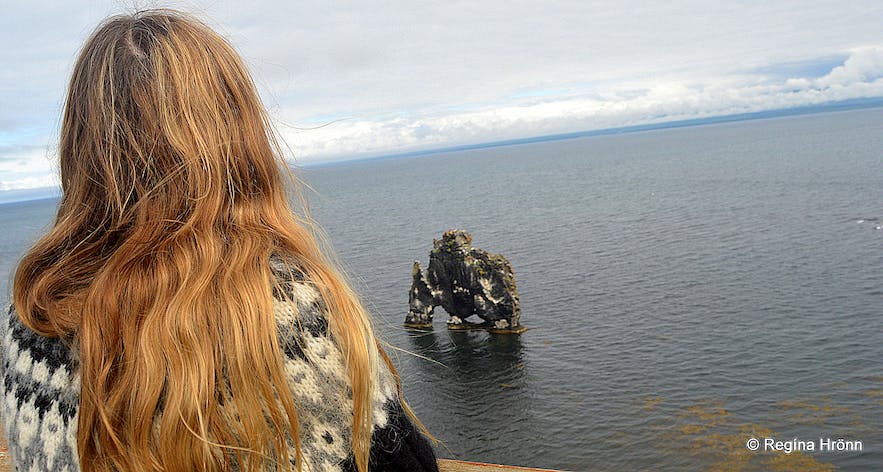 You can either see Hvítserkur from above or walk down to it.  A trail leads to it from the parking lot, and from there you can see it from above.  From there is a steep trail leading you to the beach. 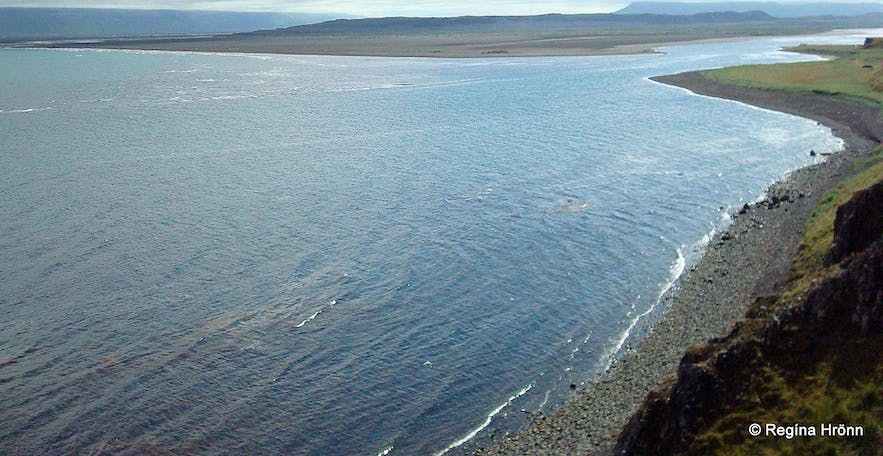 As so many times before you could see me running away in panic from this cranky bird, which loves attacking me :( Last time I visited Hvítserkur, I wasn't even able to drive this cranky bird away and had to return the same way from where I went down to the beach.  Next time I will succeed ;) 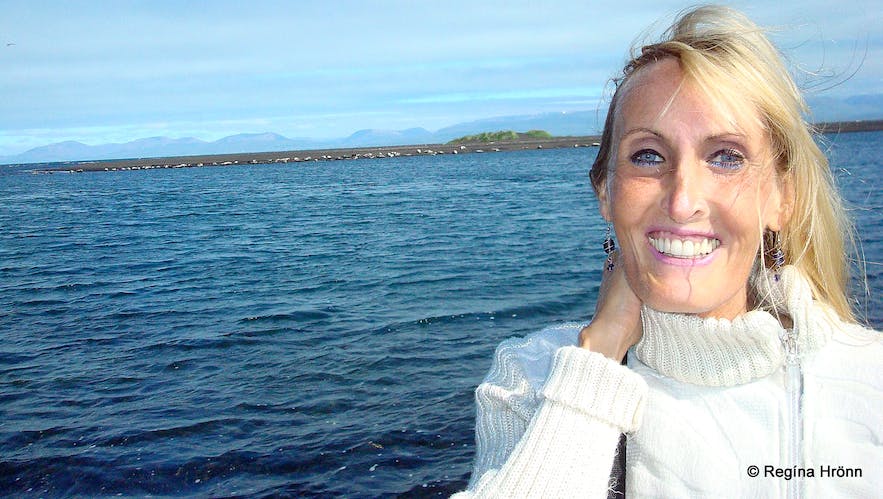 You will not see them as close as they are in my photos, as they rest on the opposite beach and on reefs, so you will need a good zoom to get good photos. No drones though, as that will disturb them. And we do not want to disturb animals in their natural habitat.

While I was visiting the shore was covered in very big, multi-coloured jelly-fish making this even more special. It was awesome seeing this, never in Iceland have I encountered such beautiful big jellyfish. 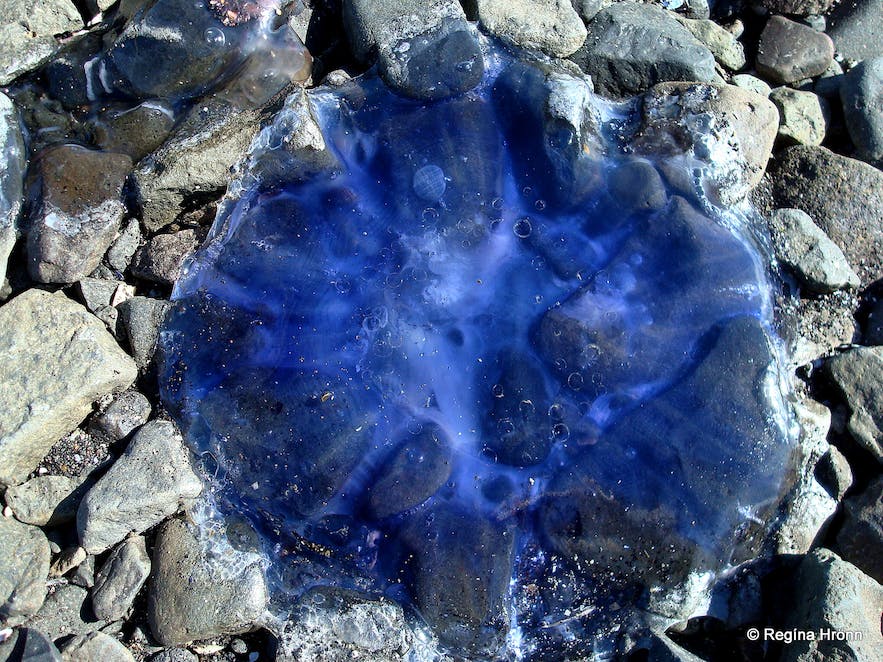 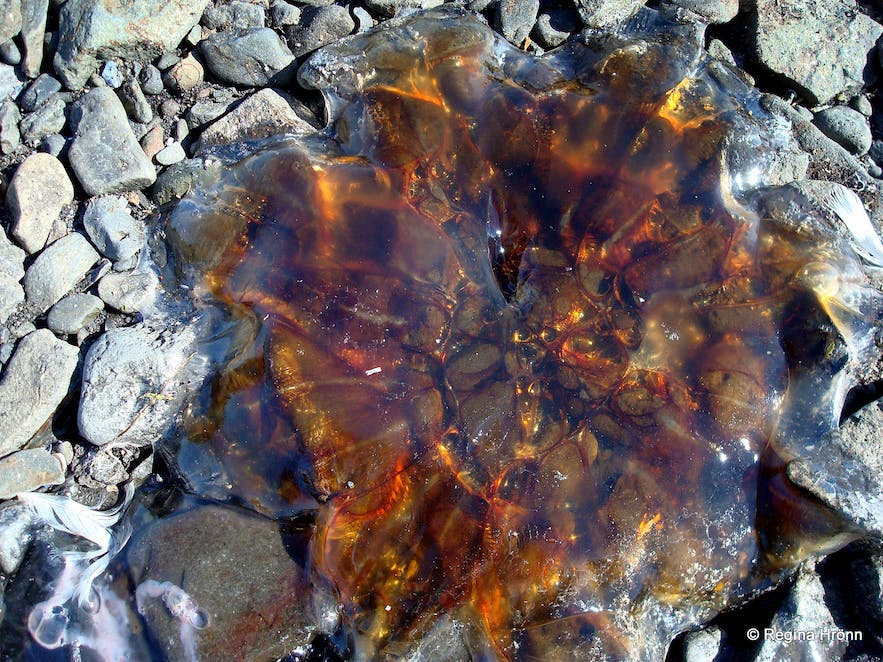 To visit it walk down a steep grassy hill for a couple of minutes or so on a path which leads to the monolith. It is much more colourful than Hvítserkur, but on the other hand, Hvítserkur looks like a dinosaur while Ánastaðastapi is just a beautiful monolith. 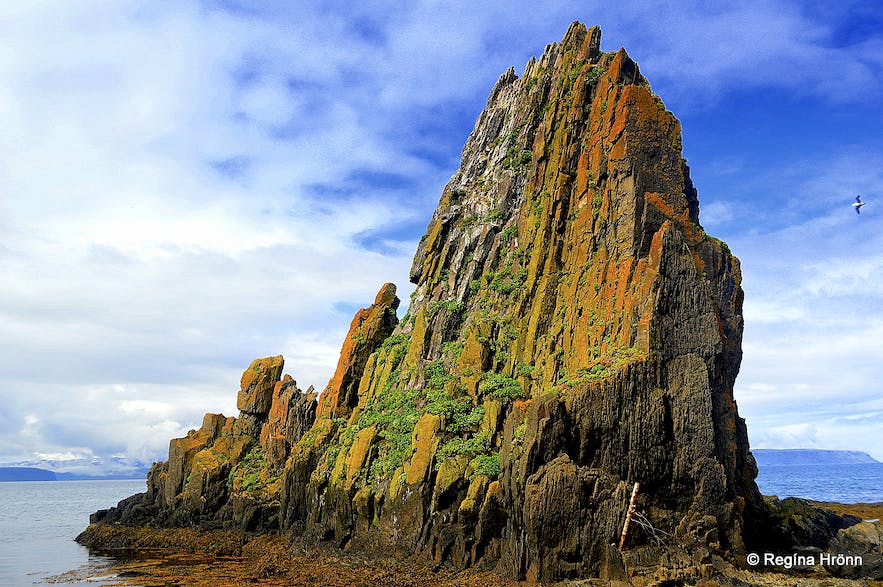 A little bit further you will see a beautiful white and green painted roundup for sheep, Hamarsrétt roundup. You will see such roundups in many places in Iceland. The Icelandic sheep roam around free in the summertime and are gathered in September. See also my travel-blog on the annual roundup of the sheep: 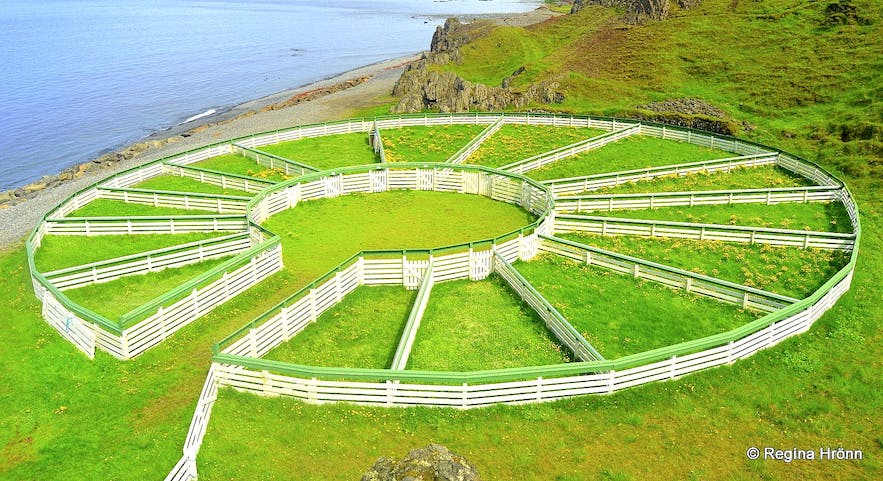 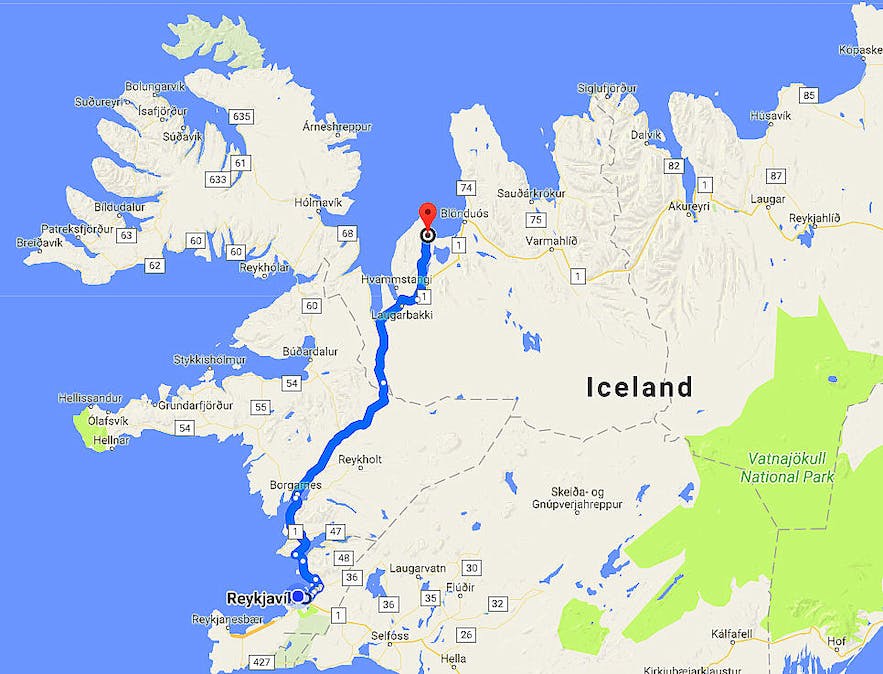 Also, check out the many self-drive tours around Iceland: