Grásteinn Rock in Reykjavík - is this Rock the Home of the Icelandic Elves?

A rock split in two can be found in Grafarholt suburb in the outskirt of Reykjavík, Iceland's capital city. It is located by ring-road 1 on Vesturlandsvegur road on the land of Keldur. In this rock, Grásteinn or Grey-stone, some elves are said to live, and it makes for an interesting story how we found out about the elves in this rock.

During road constructions in 1970-1971, the workers meant to move the rock, which weighs some 50 tonnes. But the machinery started breaking down, which invariably happens when the dwellings of the elves are disturbed.

Trout fish-farming in the neighbourhood suffered as a bulldozer cut a conduit supplying the fish farm with water, leading to the death of well over 90-thousand spawns at the fish farm. So the rock was moved to a location close to where it used to be, but it split in two, and apparently, it was upside down now.

My husband by Grásteinn rock

A woman living in this area said that she had once seen light coming from the rock and an open door on it - a typical account of the elves. But the woman went to the rock to check it out and this phenomenon had a natural explanation.

The rock was again in the news in 1994 because of a proposed doubling of this road, which would have meant that the rock had to be moved again some 27 meters north. An Icelandic psychic, Erla Stefánsdóttir, was called in to talk to the elves. She saw two homes in the rock with happy little people. They had moved in after the rock had been moved.

The road constructions started in 1999 when Vesturlandsvegur road was doubled, and the rock, which weighs 50 tonnes, the larger rock 35 tonnes and the smaller rock 15 tonnes, was moved again 37 meters north-west. It was placed in the same position as before - on its head - as to not disturb the dwellings of the elves who live in the rock.

Helgi Hallgrímsson, the Director of the Public Roads Administration, told our newspaper Morgunblaðið that there were two reasons why the rock had been moved - it was a good landmark and because of the elves. 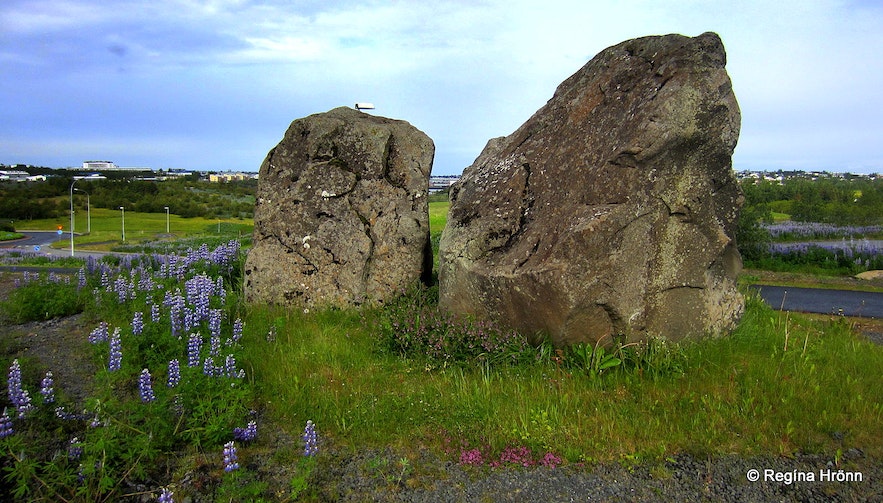 You can see a photo at Ljósmyndasafn Reykjavíkur - the Reykjavík Museum of Photography, taken on the 18th of October 1999 where they were moving the rock. It took them 4 hours to move the rock some 37 meters to the northwest. The only mishap during the move of the rock is that a wooden scoop broke.

In 2012 a new walking and cycling path was made from Reykjavík to Mosfellsbær, but the rock is located just between Grafarvogur and Grafarholt suburbs in Reykjavík leading to Mosfellsbær town. Ólafur Bjarnason, transport manager at Reykjavík city told our newspaper Vísir that he would not even think of moving the elf-rock.

And since they were not moving the rock, only making a path by it he didn't think that they needed to ask the elves for permission this time around.

We Icelanders take these things seriously and whether we believe in the elves of Iceland or not, we would never do anything to make them angry. We are brought up to respect elf-locations and know only too well that bad things can happen if you disrespect the elves. 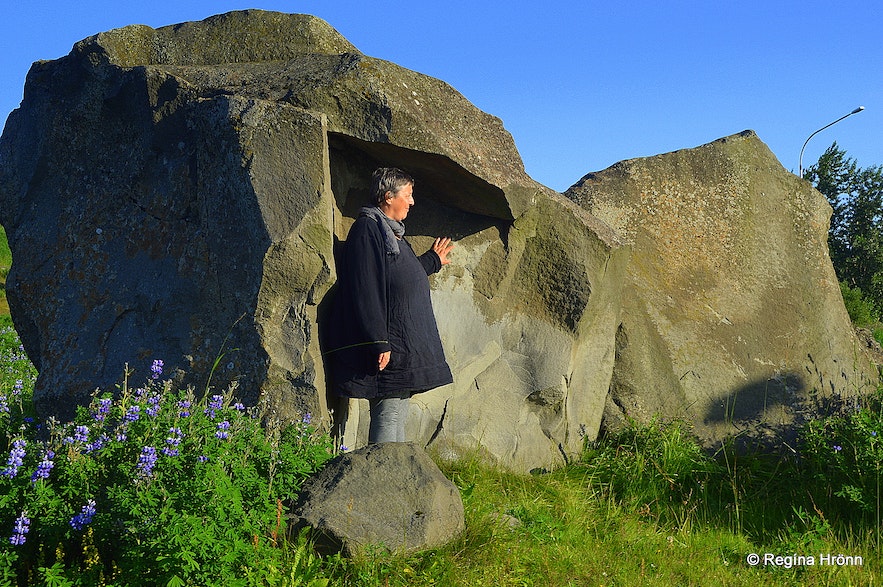 We sometimes take our guests to Grásteinn rock, but we always point it out when we are passing by it

So the paths swerve away from the rock and on the other side of the rock lies a bridle path for horses. That is respect, I say :) And I am sure that the elves in the rock appreciate this gesture.

Grásteinn was recorded and protected in 1983 as a álfasteinn - habitation of the elves by the National Museum of Iceland, and later on in Fornleifaskrá Reykjavíkurborgar - the Reykjavík Archaeological Survey. That was done even though the elf stories related to it are not 100 years old, as is the norm in such cases.

Due to that survey, it was considered that the rock was protected by archaeological laws, and could therefore not be moved without special permission from the Archaeological committee. Such deep-rooted is our belief in the elves and that their homes should not be disturbed. So when accidents start to happen construction workers refuse to carry on, as nobody wants to face the wrath of the elves or disturb their homes.

With friends by Grásteinn rock

Often instead of moving an alleged elf-rock - a home of the elves - you will see bends in the roads, as instead of moving the rock, the road is built around the rock. I always show my foreign visitors Grásteinn rock on our way to the Golden Circle and tell them the story behind it.

An elf-rock is of course also included in the guided Icelandic Mythical Walk | Trolls, Elves & Hidden People which you can join in Reykjavík.

Apart from telling you about the elves, the guide will tell you about the various mythical beings of Iceland, f.ex. the trolls and the Yule Lads, how to wake up an Icelandic zombie, and how to wear the necropants. A really interesting tour, which I have joined and recommend. 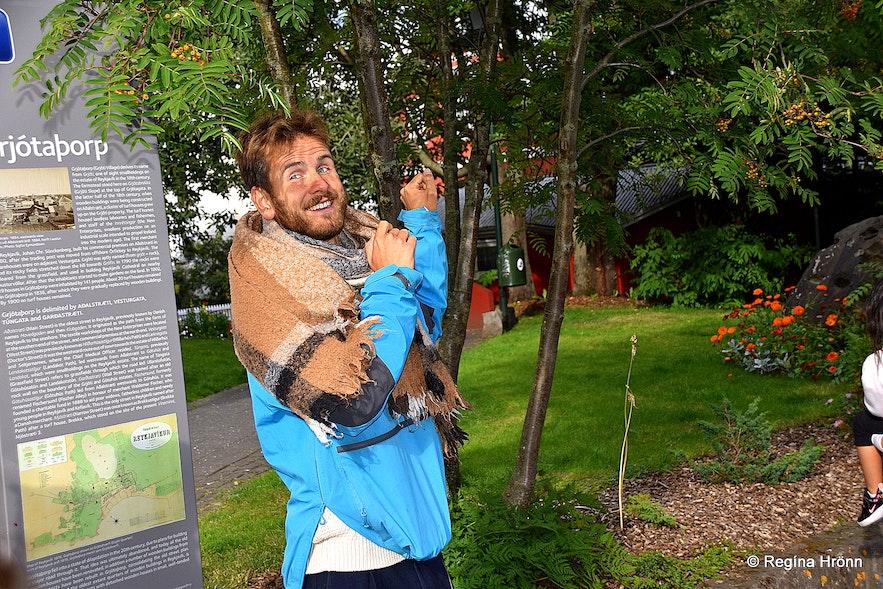 I have written several other travel-blogs about the elves of Iceland in the olden times, as the belief in the elves is very deep-rooted in the Icelandic folklore:

The location of the elf-rock