After our visit to Rauðinúpur cape on the northwest corner of the Melrakkaslétta plain peninsula, we continued on our journey south and visited one of only two villages on the peninsula, Kópasker village.

The inhabitants of Kópasker are only around 120 and meat processing is the biggest industry here. 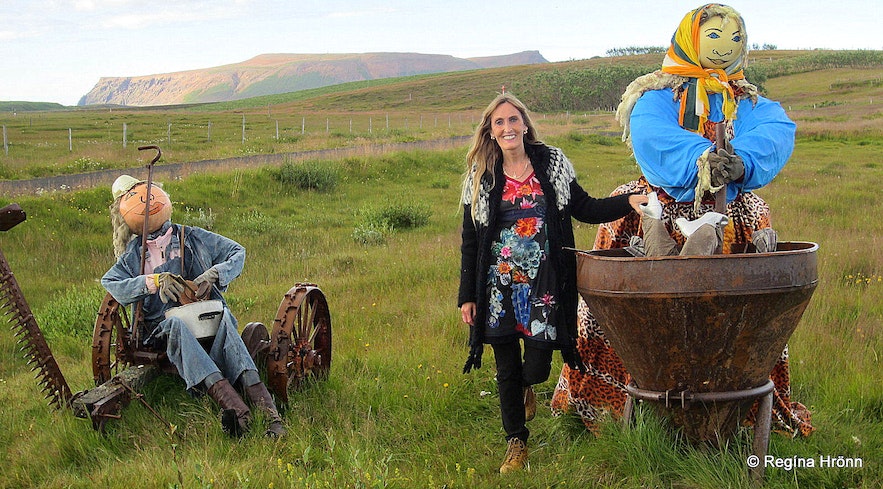 Just outside of Kópasker village we came across some more fun characters made by the Icelandic artist Sigurlína J. Jóhannesdóttir. We had seen these figures in Raufarhöfn, where we were staying.

The land by the farm Ás and Snartastaðir II was filled with these figures. I love stuff like this, it adds life to the surroundings :)

At Kópasker we first visited Skjálftasetrið - the Earthquake center. 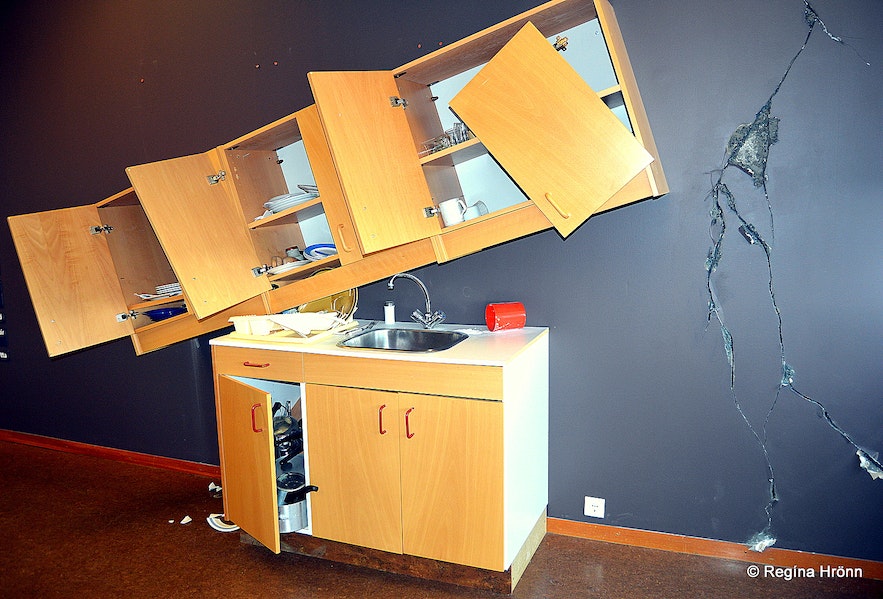 Back in December 1975 until January 1976 there was repeated seismic activity at Kópasker, which accumulated and resulted in a big earthquake on the 13th of January 1976. This earthquake is called the Kópasker Earthquake and measured 6.3 on the Richter Scale.

The earth ripped apart in the earthquake, the harbour wall exploded in several places, and the road was damaged. Houses got damaged and the water pipe broke, so the village was without water. People got injured, but nobody got seriously injured.

The Earthquake Centre is located in the schoolhouse at Kópasker and was opened on our National Holiday, the 17th of June 2009. Here one can get to know all about the earthquake and the effects it had on the inhabitants and the neighbouring areas. 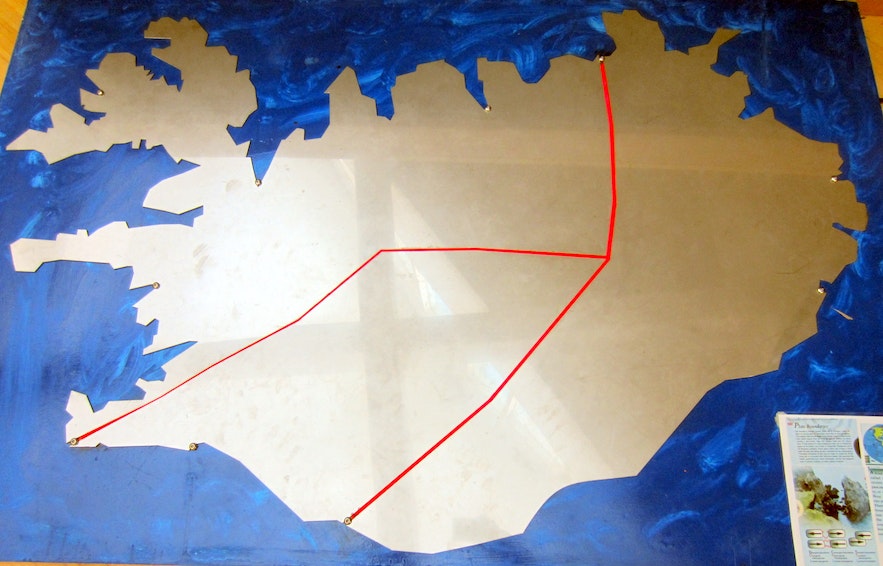 And learn about the plate boundaries in Iceland, but as is well known, then Iceland lies on the Mid-Atlantic Ridge, split by the North American Plate and the Eurasian Plate.

A new graben was created in the earthquake and a new lake was created south of Kópasker. It was appropriately named Skjálftavatnið or Lake Earthquake. 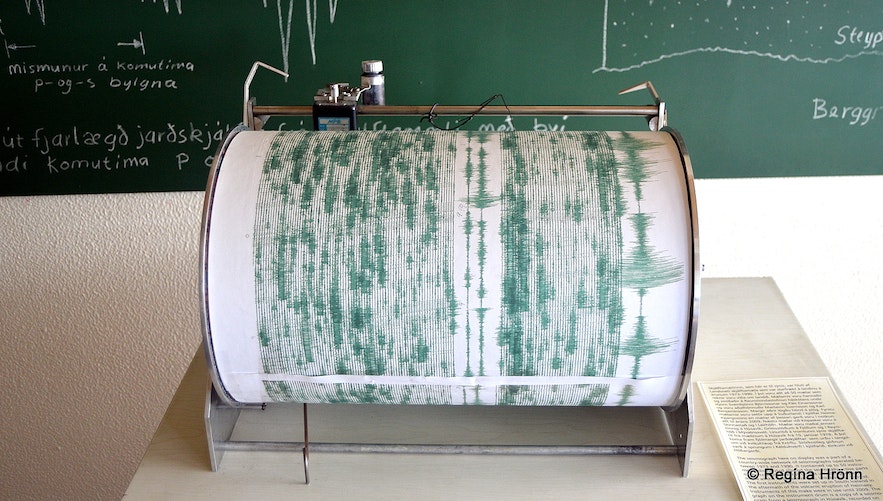 There are pictures on the walls and accounts of the inhabitants on how the earthquake affected their life. There is also an earthquake assimilator, where one can feel how strong this earthquake was. I tried it and it was pretty scary.

The Earthquake Centre is open during the summer months and there is free admission.

At Kópasker you will find another museum, the Folk Museum, called Byggðasafn Norður-Þingeyinga. I love visiting Folk museums and seek them out on my travels. 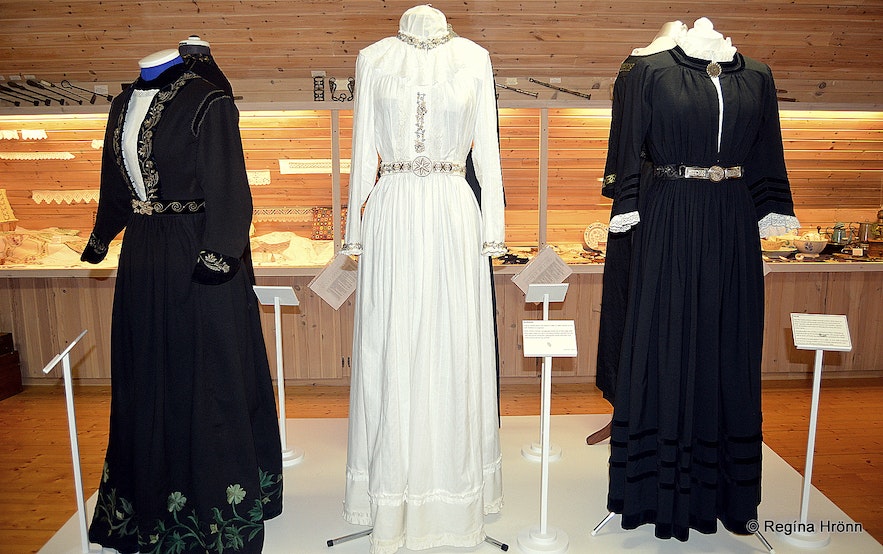 The national costumes and a wedding dress at the museum

At the museum, one can find all kinds of old artifacts. And a lot of homemade textiles. I loved the national costumes with the wedding dress in the middle. When I visited I had just got married and was very much into wedding dresses ;)

This particular dress belonged to Guðrún Halldórsdóttir (1882-1949), but she was 17 when she made her own wedding dress. I think it is absolutely beautiful.

A rug at the museum, made out of woolen patches, made by Unnur Árnadóttir in the 1940-1950s

What also caught my eye was a beautiful rug, made out of woolen patches, made by Unnur Árnadóttir in the 1940-1950s. It is quite unique.

On the second floor, you will find a small library, which was a gift to the Folk museum by a farmer in the vicinity. He was also a bookbinder and bound in the books and gilded them - amazing really. It is well worth a visit and one can borrow books there.

On display at the museum are a myriad of objects used at the farms in the olden days and the collection is very varied. It is a pure delight dropping by for a visit. Don't miss when you are travelling in this area. 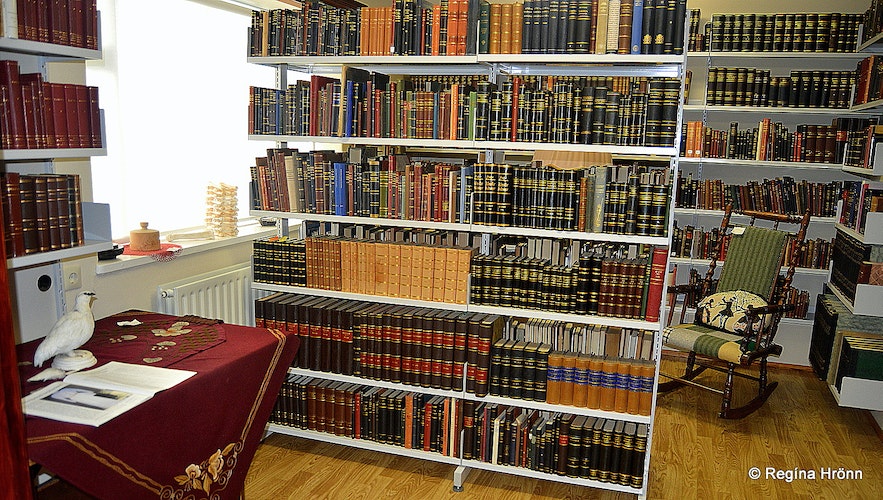 A small library at the Folk Museum at Kópasker

We now left Kópasker village and drove further south as we had heard of a Grettisbæli - a lair of Grettir the Strong in the mountains south of Kópasker.

I have written about Grettir in a previous travel-blog and will show you one of his lairs in my next travel-blog. 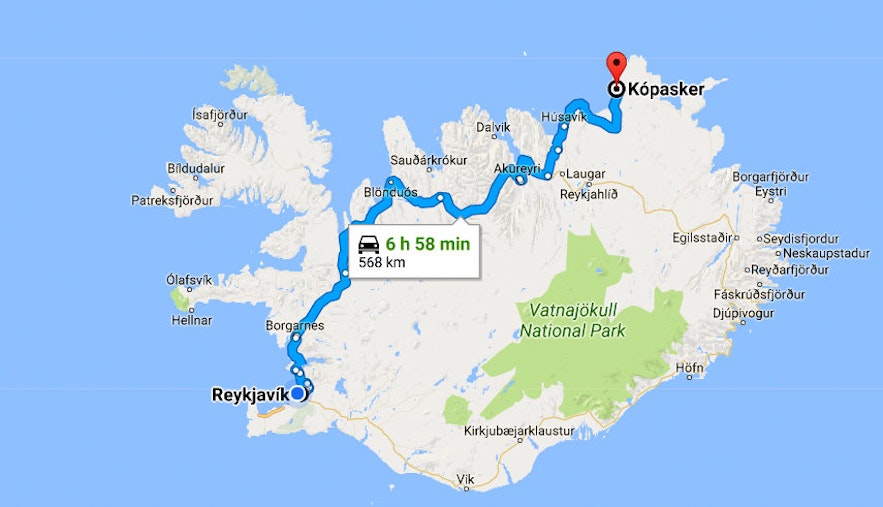 To visit this area you can rent a car in Reykjavík - the drive up to the northeast corner of Iceland will take a couple of days at a leisurely pace. In the vicinity, by the busy and ruggedly beautiful Jökulsárgljúfur canyon you will find a myriad of visitors.

Do take your time to visit these lesser-visited parts of Iceland, where you will experience the real pace of life of Icelanders living in remote areas.

Have a lovely time in Melrakkaslétta off the beaten path in Iceland :)