On my travels on the Melrakkaslétta plain peninsula in North-East Iceland I drove around the peninsula and visited as many of the beautiful sights there as I could. This area is very rich in birdlife and the tranquillity so far north is almost unsurpassed.

I was heading for Rauðinúpur or Red Cape, which protrudes 73 meters out of the North-West end of Melrakkaslétta plain. I had already visited one of the northernmost places on the mainland of Iceland, Hraunhafnartangi on the same day and was longing for more of the same. Rauðinúpur is located at 65°28'23.29" north.

Driftwood on the hike to Rauðinúpur

To reach Rauðinúpur you have to get off road 870, which had turned into a gravel road just outside Raufarhöfn village, and drive down to the farm Núpskatla.

On the way, there is a closed gate - remember to close it again. There is a warning not to get out of the car until one reaches the farm.

There is such rich birdlife here and it has to be protected in this way.

By the farm is a parking lot and from there one can hike to the cape. The hike takes some 30-45 minutes one way on a very rocky shore, so remember to bring good shoes for hiking.

On the way over to the cape, the Arctic tern will attack people. So I brought an umbrella to protect myself against this ill-tempered bird.

You can borrow sticks by the parking lot to protect your head from the attacks. The Arctic tern attacks the highest point of a person, and holding the stick above the head will give some protection. I have been attacked way too many times by the Arctic tern and dread it, so this time I wanted to play it safe and opened up my umbrella, which gave me full protection ;) 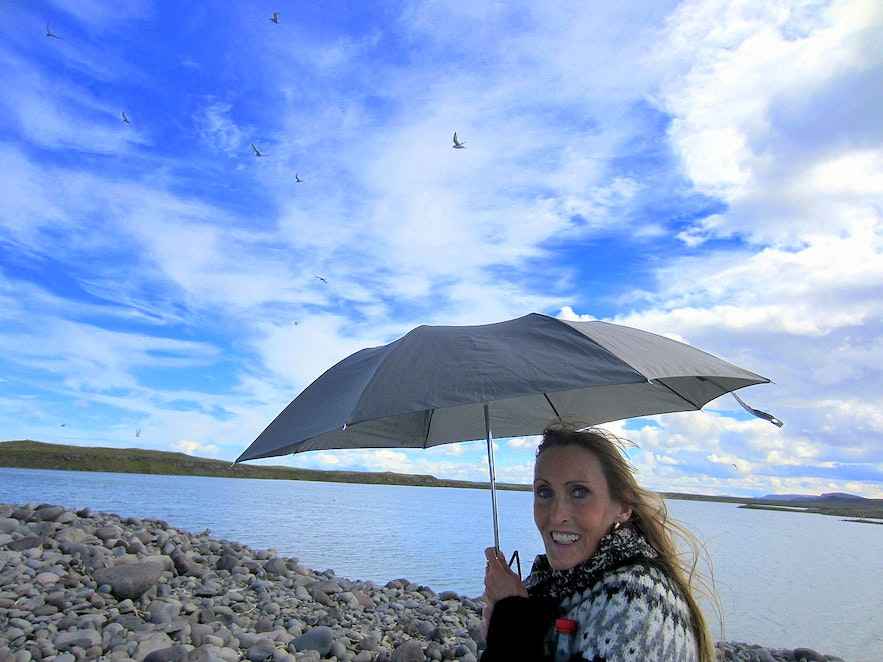 Protecting myself from the attack of the Arctic tern

Rauðinúpur is beautifully red in colour, the colour coming from red lapilli. This red colour can only be seen while walking along the shore, as the path then leads up to the top of the cape.

After passing the rocky shore hike up a slope that leads up to a lighthouse and two beautiful sea stacks in front of Rauðinúpur cape. 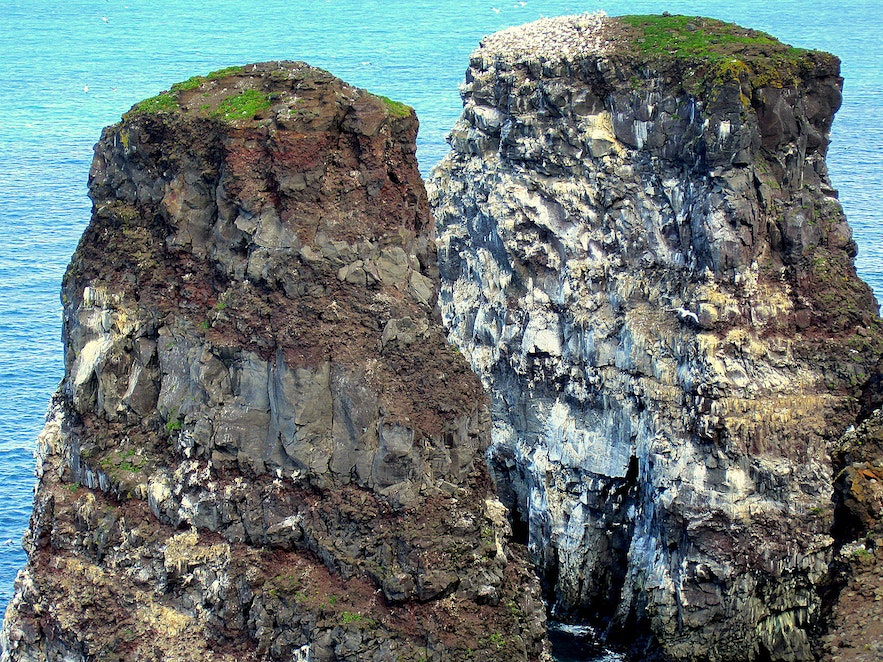 Different types of guillemot nest in the cliffs of Rauðinúpur and one can also see the fulmar and kittiwake here.

One can see a whole colony of gannets in the sea stacks. This is the northernmost habitation of the gannet on Iceland, but this beautiful bird is often called the Queen of the Ocean.

The birds were counted back in 1999 and there were 272 couples of gannets here! 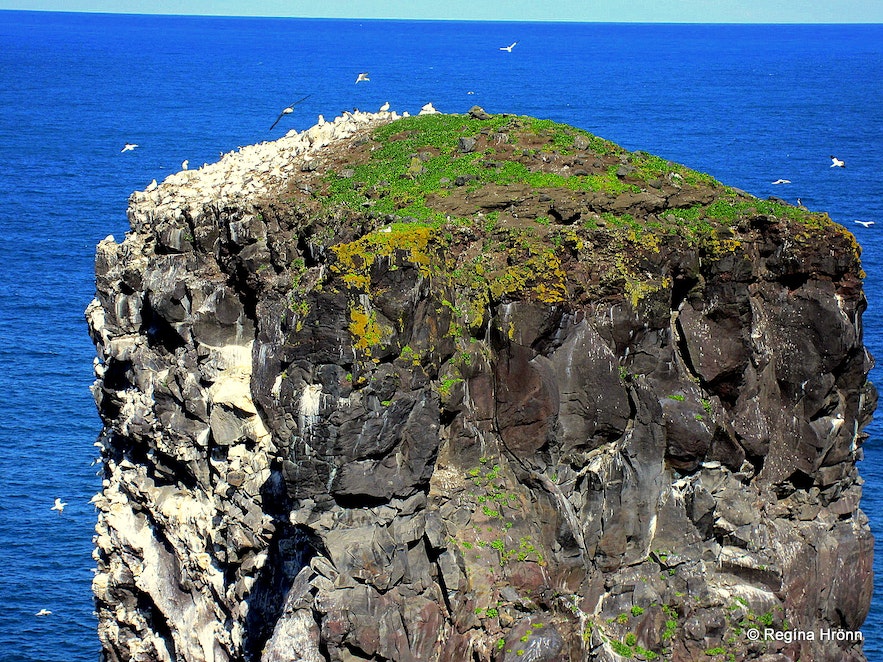 Gannet in abundance on one of the seastacks

I am fascinated by sea stacks and the birdlife on them, even though I am a bit afraid of heights and cannot go very close to them. There is just something surreal about being so close to so many birds, listening to their loud squawking.

One can get quite close to the cliffs, but I didn't dare to go any further, I just sat on the edge a bit further away and watched the birds. 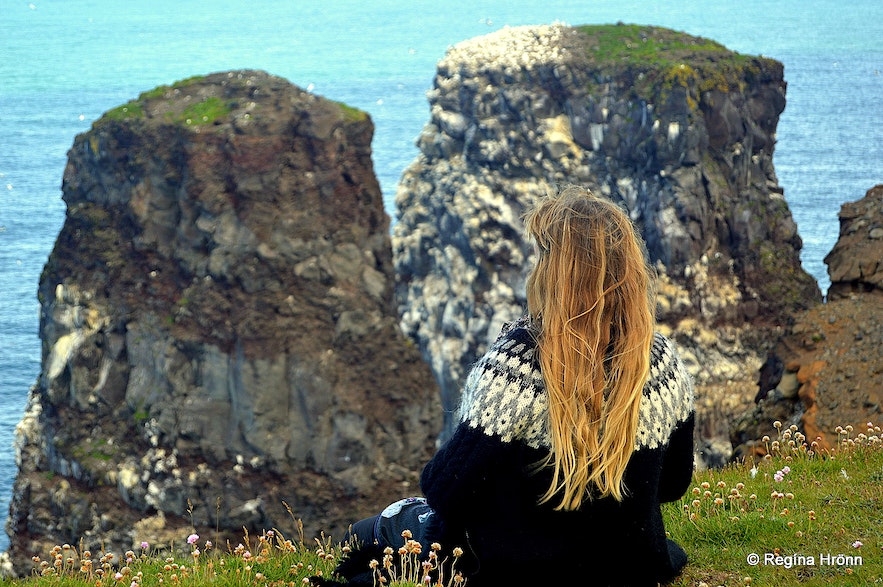 Admiring the two sea stacks and the gannets

Rauðanúpsviti lighthouse stands tall on the top of Rauðinúpur cape. It was built here back in 1958, but parts of it are from an older lighthouse dating back to 1929. The lighthouse and the cape are landmarks from the Atlantic ocean and from there one can see in all directions. 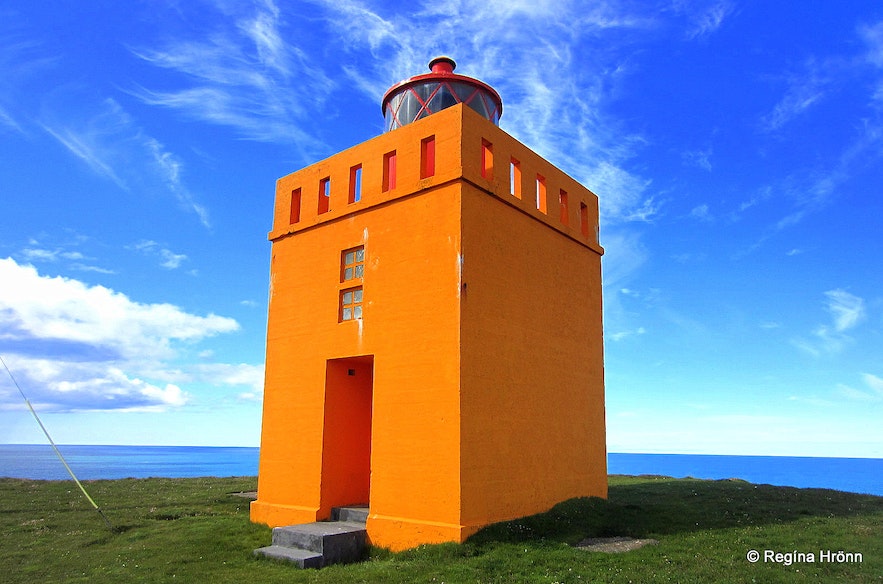 Walking further on the path leads to a crater bowl. Rauðinúpur cape is an old volcano dating as far back as the ice age and the red colour, from which Rauðinúpur gets its name, comes from red lapilli, as I mentioned earlier.

It is possible to walk into the crater and stand in the middle of the place where an actual eruption took place!

I have been told that the falcon can often be seen here on the edge of the crater. I would have loved to see a falcon :) 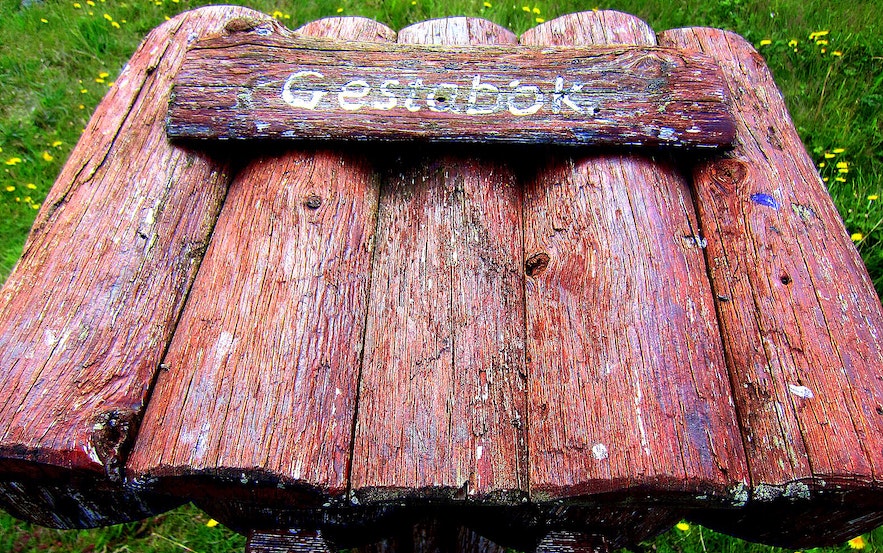 The guestbook by the beginning of the hike to Rauðinúpur

The same path is taken back to the parking lot. Again, beware of the attack of the Arctic tern!  And don't forget to write your name in the guestbook before leaving :)

After spending 3 wonderful hours at Rauðinúpur we now started heading south again and visited one of only two villages on the Melrakkaslétta plain peninsula, Kópasker village, where we visited the Earthquake Centre and District Museum. 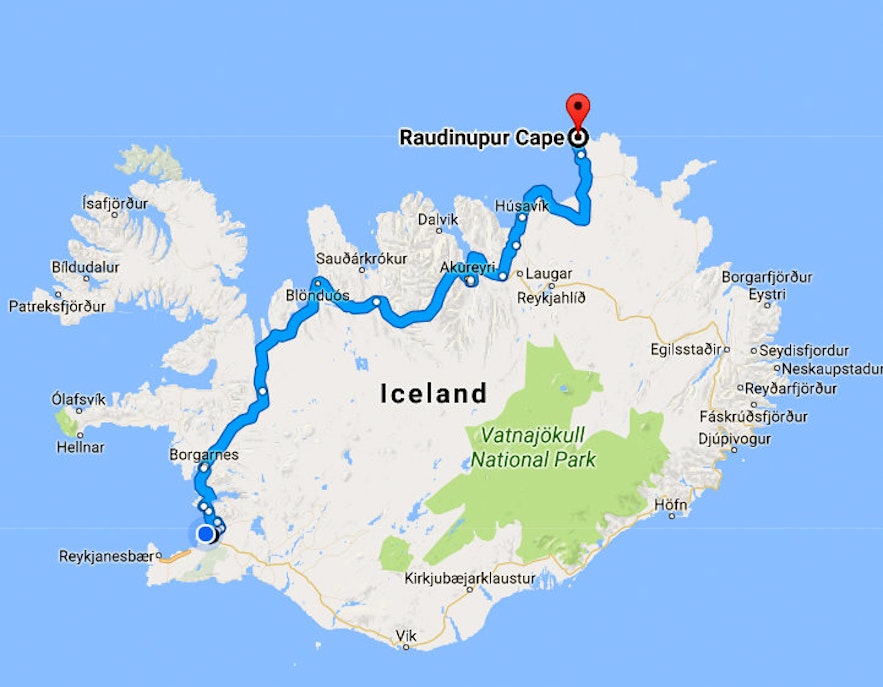 If you want to drive up to Melrakkaslétta and visit this place you can rent a car in Reykjavík and pop up north for a visit :)

Rauðinúpur is located 595 km away from Reykjavík with a constant driving time of 7.5 hours. But account for several days for this drive as there are many, many interesting stops on the way.

Have a lovely time visiting Rauðinúpur and the sea stacks :)