Lagarfljót lake, which is renowned for the monster in the lake, is Iceland's 3rd largest lake and warms the first place of Iceland's longest lakes at 25 km.

It is 53 square km long and its greatest depth is 112 meters. It has got bridges on both ends so you can drive around the lake, which makes for a beautiful drive.

Hallormsstaðaskógur forest, which is Iceland's largest forest covers around 15 km of the banks of the Lagarfljót lake. I have written another travel-blog on this largest forest in Iceland. 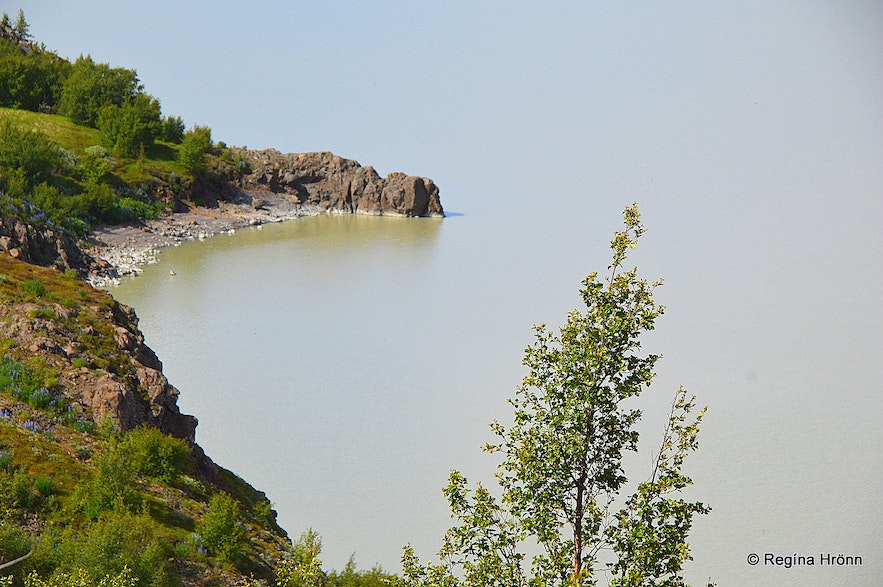 In the depths of Lagarfljót lives a monster, Iceland's equivalent to Loch Ness, which has been seen by people through the ages, called Lagarfljótsormurinn, the Lagarfljót serpent. So beware!

Even though the lake looks so innocent and serene, as you can see in the photo below, then a lurking monster can change this picture in a jiffy! 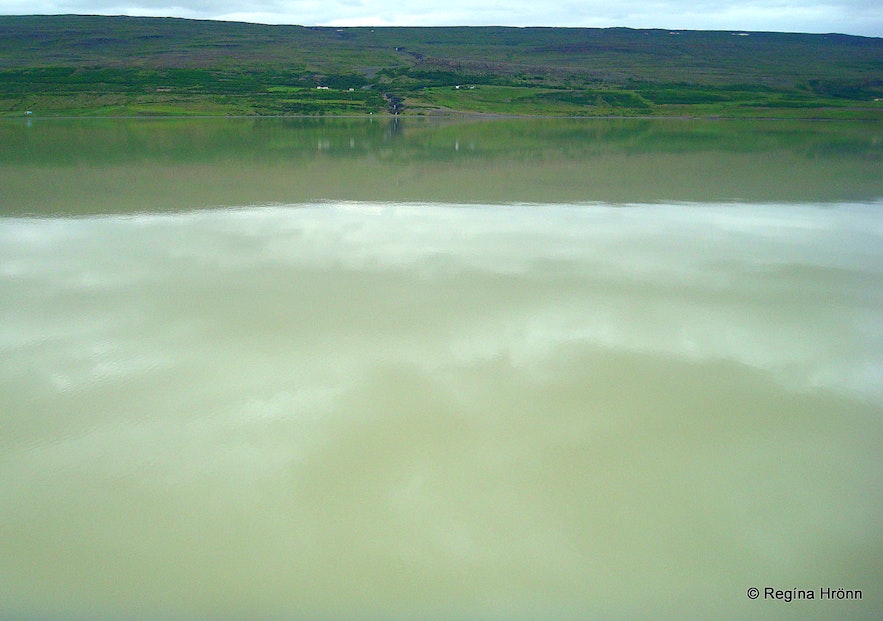 The first recorded report is from 1345 and in 1589 the serpent (worm, wyrm, monster) is said to have raised its hump so high above the lake that a ship with full sails could have passed under it!

When the serpent slapped its body down into the water the impact was so massive that the earth trembled. 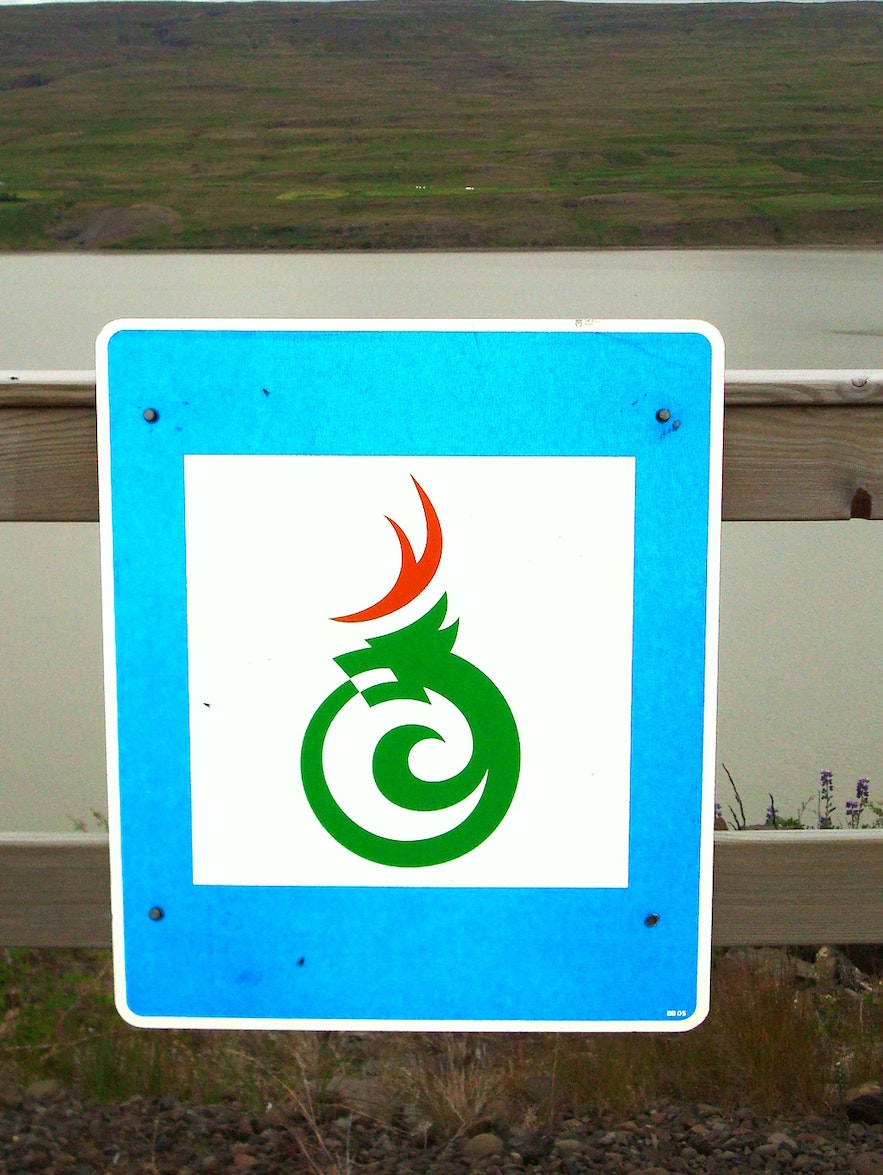 In 1861 some travellers spotted the serpent and in 1967 employees at the Hallormsstaður forestry station saw the serpent swimming up the lake. They followed it by car to the edge of the forest, but it disappeared further on by Klifá river, but you can read about this river and the legend connected to it in my Hallormsstaðaskógur forest travel-blog.

In 1998 a teacher and her students saw the monster when they looked out of the windows of Hallormsstaðaskóli school!

There was a video recorded in February 2012, which might be of the serpent. The video was recorded by the farmer at Hrafnkelsstaðir farm in Fljótsdalur valley. If you watch the video you will see that it has got over 5 million hits and it was in the world news!

So be on the lookout when visiting this area, you might spot a monster! 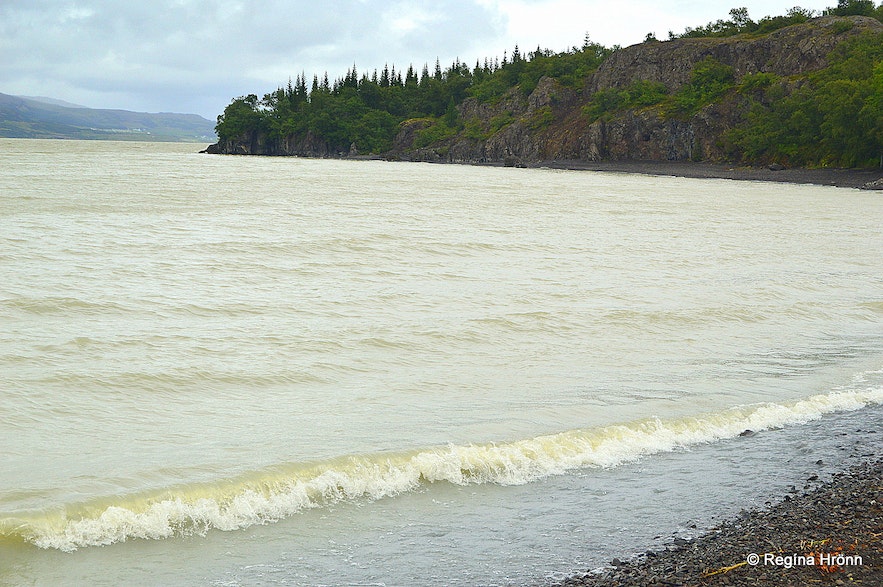 There are several accounts of the monster and some other creatures in the lake in the Collection of Folklore of Jón Árnason. The monsters are supposed to be three, the serpent, a skate, and a seal - all of them huge!

"Once upon a time a woman lived on a farm in Hérað by Lagarfljót lake. She had a grown daughter, to whom she gave a golden ring. The girl said: "How can I profit the most from this gold, mother?". "Put it under a heath-worm (lyngormur)", the mother replied. The girl picked up a heath-worm, put the gold under the worm, and put the worm into a coffer.

The worm lay in the coffer for a couple of days. But when the girl checked on her coffer the worm had grown in size and the coffer had started to fall apart. The girl became frightened, grabbed the coffer, and threw it into the lake. 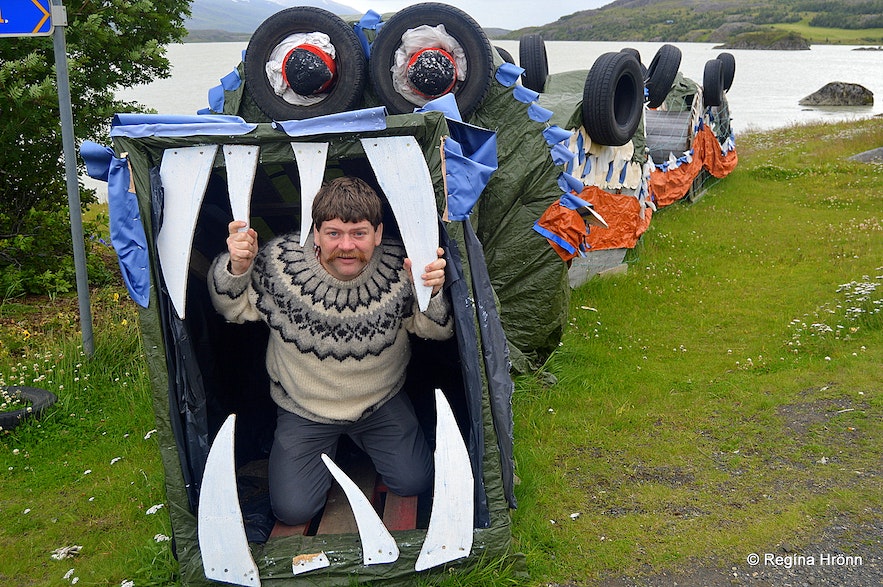 After a long while, people started to notice the worm (serpent) in the lake. The worm started destroying people and animals crossing the lake. Sometimes it would stretch onto the banks of the lake and spouted terrible poison.

The people in this area didn't know how to solve this awful predicament. Two Finns were called in. They were supposed to kill the worm and get the gold.

They jumped into the lake but reappeared soon. The Finns said that this was a being of superior strength and the worm could not be killed and the gold retrieved. They told of another worm under the gold and that that worm was far worse than the first one.

They then tied the worm with two ropes and put one behind the flippers and the other one around the worm's tail.

Since then the worm has not been able to destroy people or animals, but from time to time it raises its hump and when that happens it is a premonition of some big event".

Lagarfljót in the autumn

If you want to try to spot the monster then the round-trip from Egilsstaðir around Lagarfljót is around 70 km long on ring-road 1 and road 931 with a lot of interesting sights on the way.

I have written several other travel-blogs about interesting stops in Fljótsdalur valley:

The majestic Hengifoss and Litlanesfoss Waterfalls in East Iceland

The mythical creature Lagarfljótsormurinn or Iceland's Loch Ness is of course also included in the Icelandic Mythical Walk | Trolls, Elves & Hidden People which you can join in Reykjavík.

On the tour, you will also learn about the mythical beings of Iceland, f.ex. the elves and trolls, and how to wake up an Icelandic zombie. I have joined this tour and can recommend it.

Have a lovely time in East Iceland and be on the lookout for Lagarfljótsormurinn serpent :)