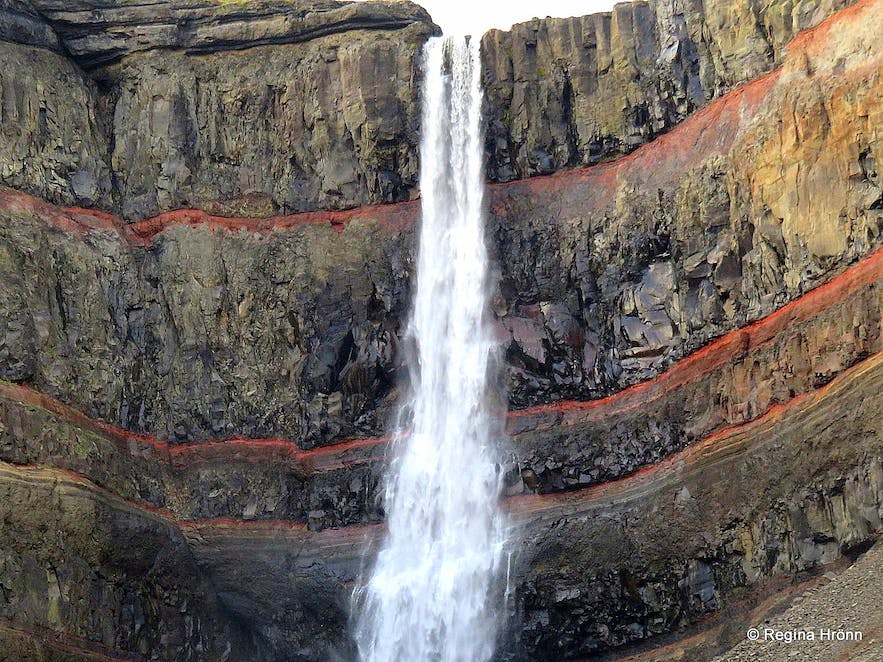 Now, this is my 100th travel-blog here on Guide to Iceland and I wanted to write about something very close to my heart - Hengifoss waterfall - the Hanging Falls.

Hengifoss waterfall is located next to Lagarfljót lake and faces Hallormsstaðarskógur forest, on which I have written another travel-blog. It is a beautiful waterfall, 128 meters high, making it the 2nd highest waterfall in Iceland if we don't count the waterfall in Morsárjökull glacier. 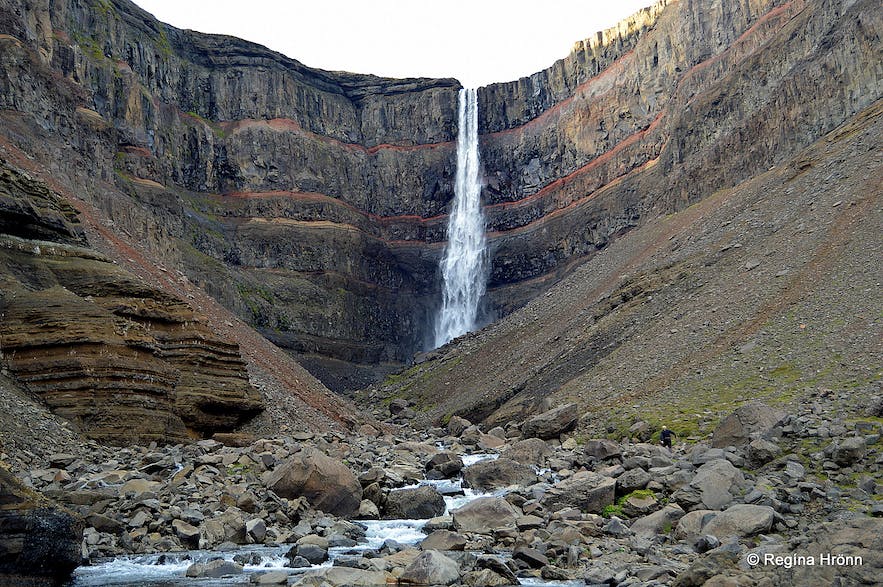 The spectacular waterfall drops into the gorge Hengifossárgljúfur in Fljótsdalur valley. Hengifoss is 145 meters above sea level and the hike to the waterfall is a climb uphill for an hour or so.

We were staying at Eiðar just north of Egilsstaðir for a couple of days, where my father-in-law and my husband were measuring for a view-dial (hringsjá), but my father-in-law is the main designer of view-dials in Iceland. 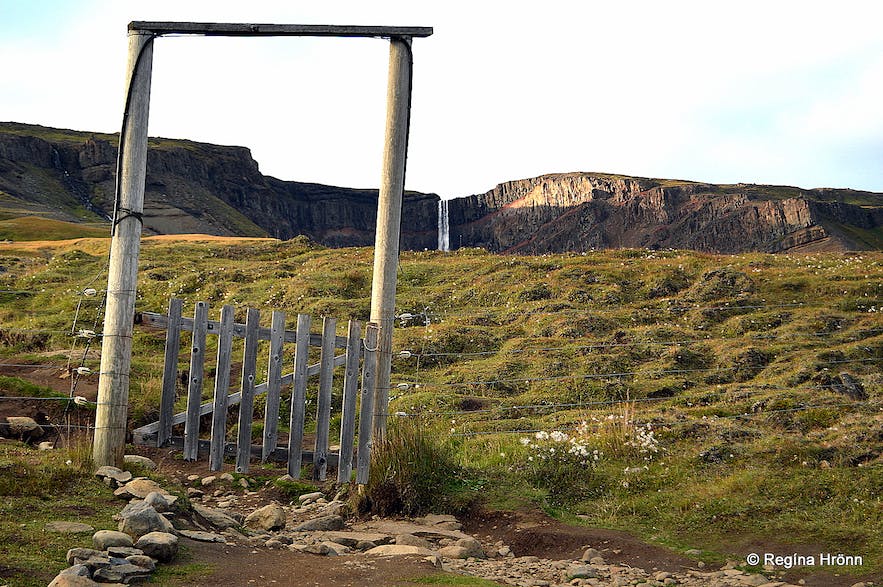 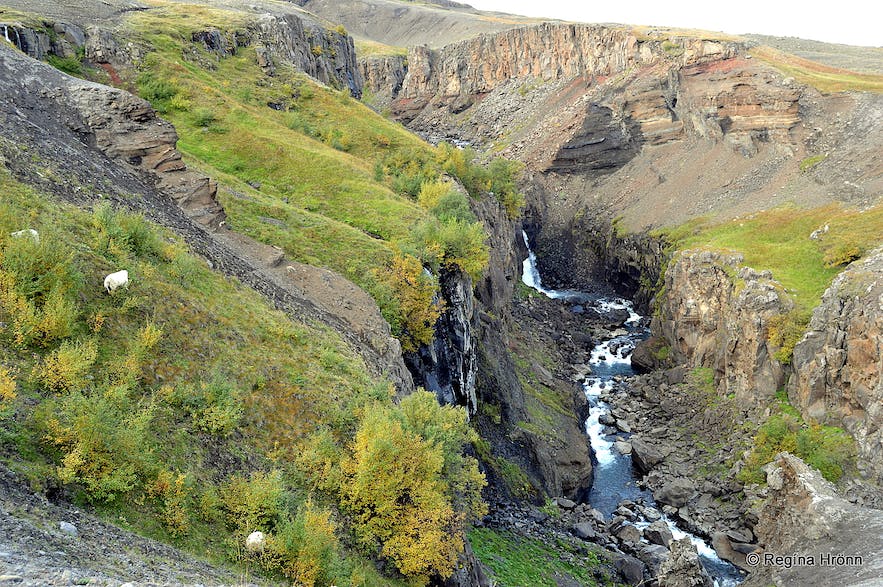 There is one story about elves in the gorge, which I found in the Folklore of Jón Árnason: "Hengifossárgil gorge is the name of a gorge in Fljótsdalur. For many years it has been believed that there were many elves in the gorge. A couple of years ago on New Year's Day, two men were travelling below the gorge. 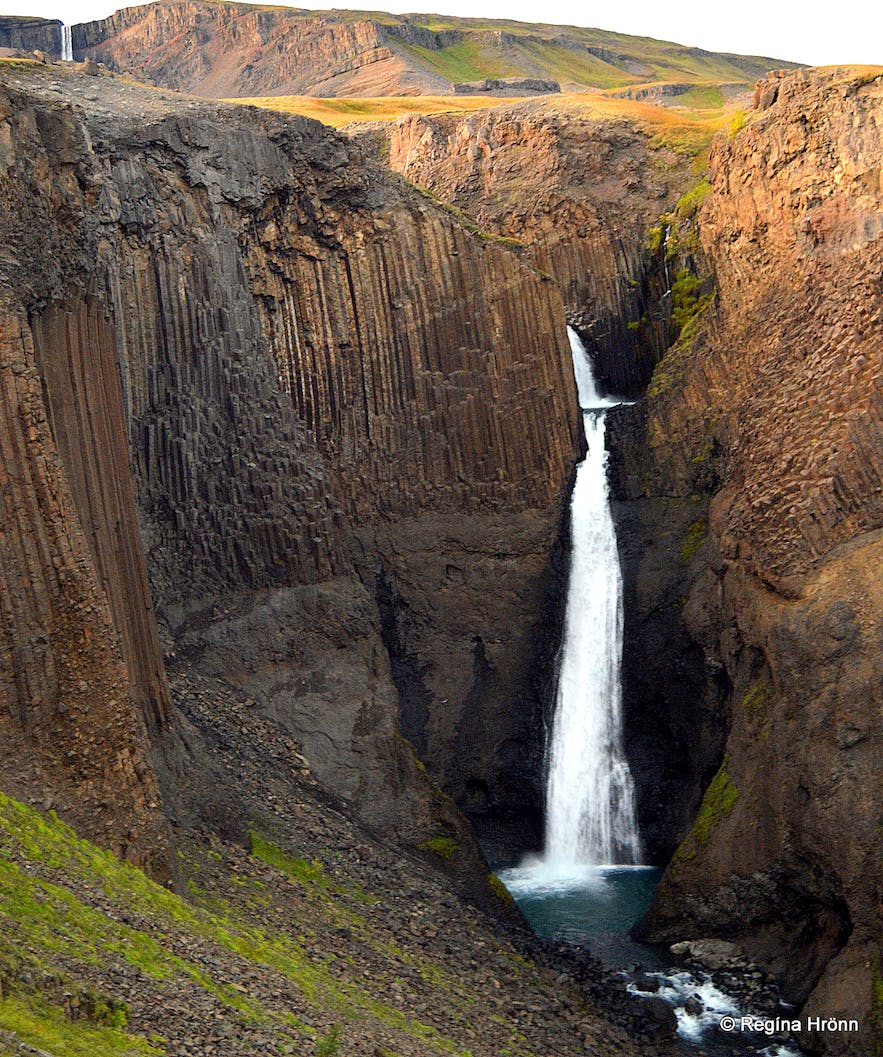 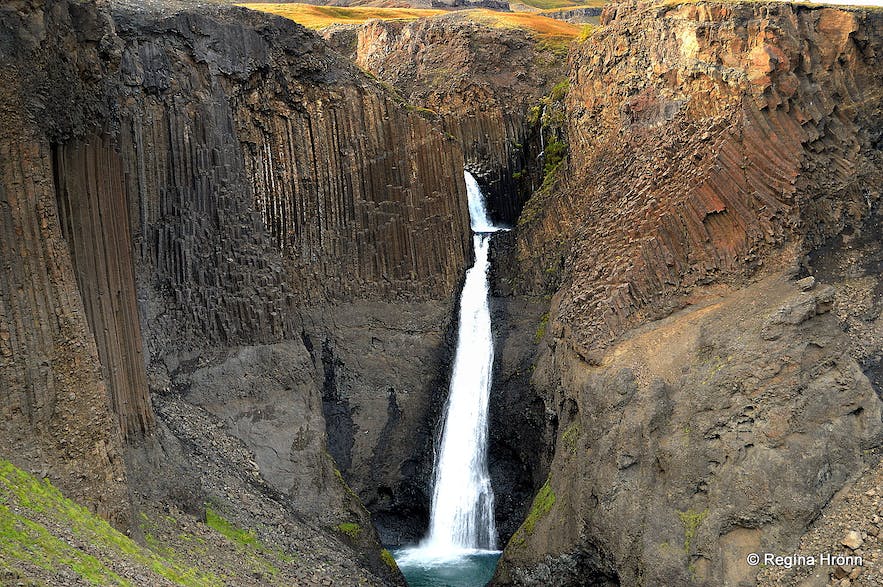 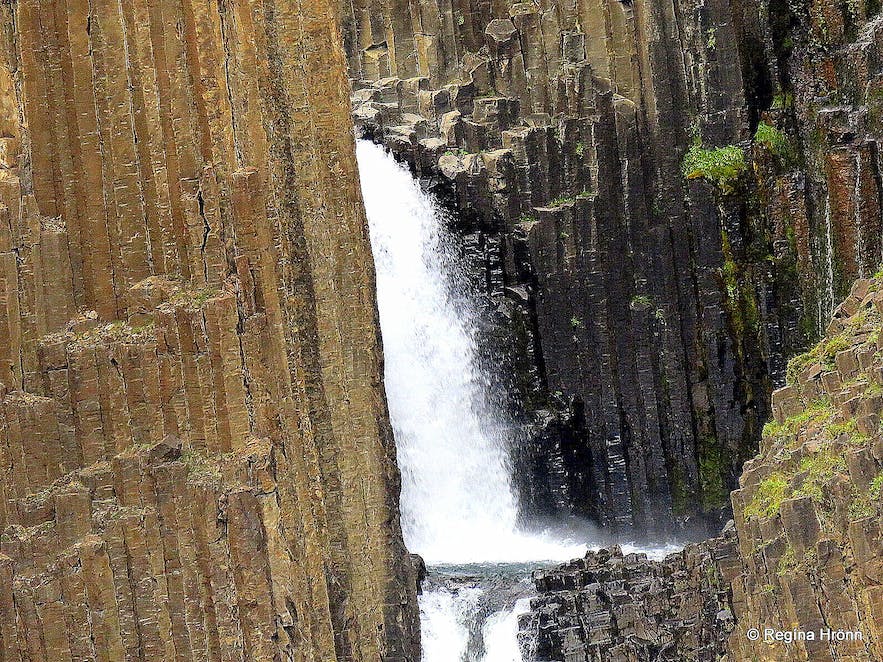 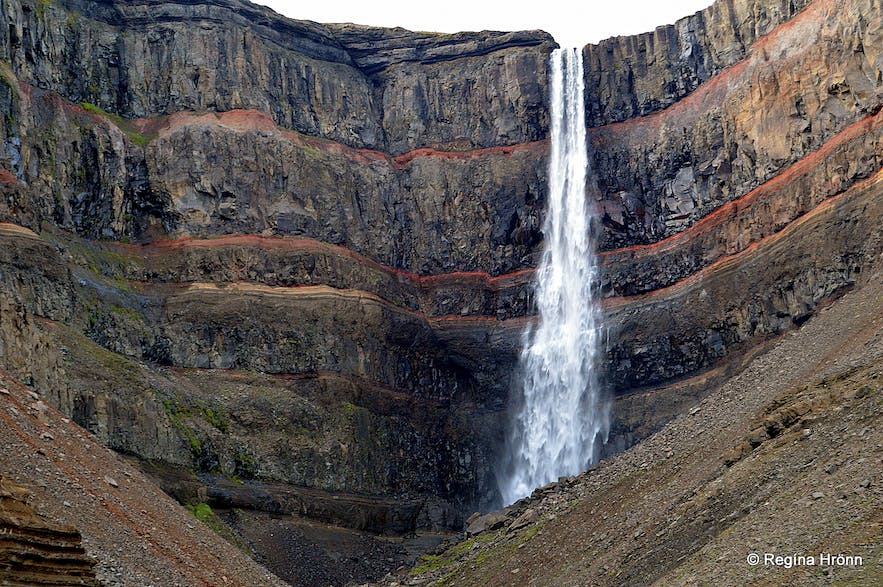 Some 40 minutes into the hike I could finally get a total view of Hengifoss in the gorge, but by then there was still half a kilometre left to the base of the waterfall. This half a kilometre of the hike is very beautiful, taxing in some parts though, but being so close to the waterfall gave me additional strength. 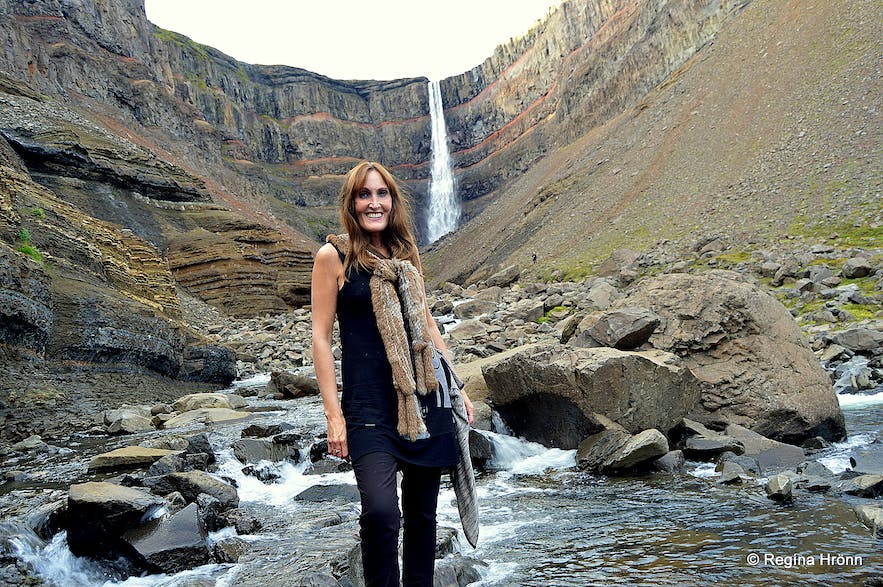 My father-in-law stepped on the rocks in the river and managed to get closer than I did, to the hill in front of the waterfall. You can see my father-in-law in the distance as a black spot behind me in the photo above the video :) 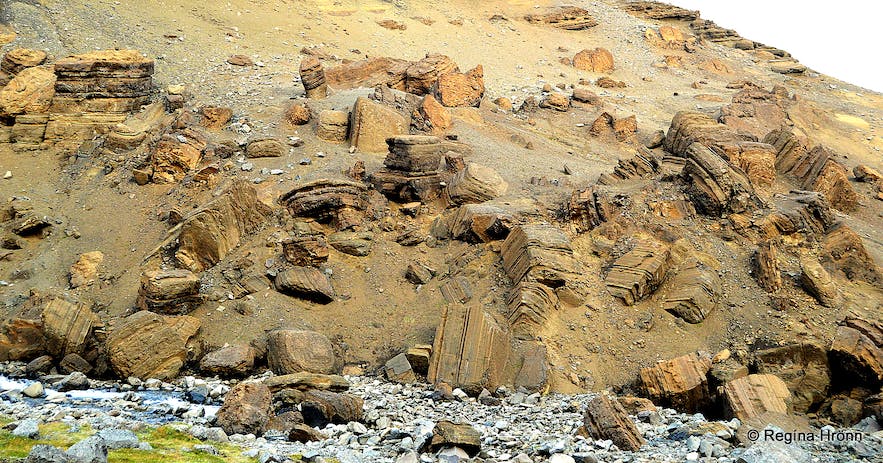 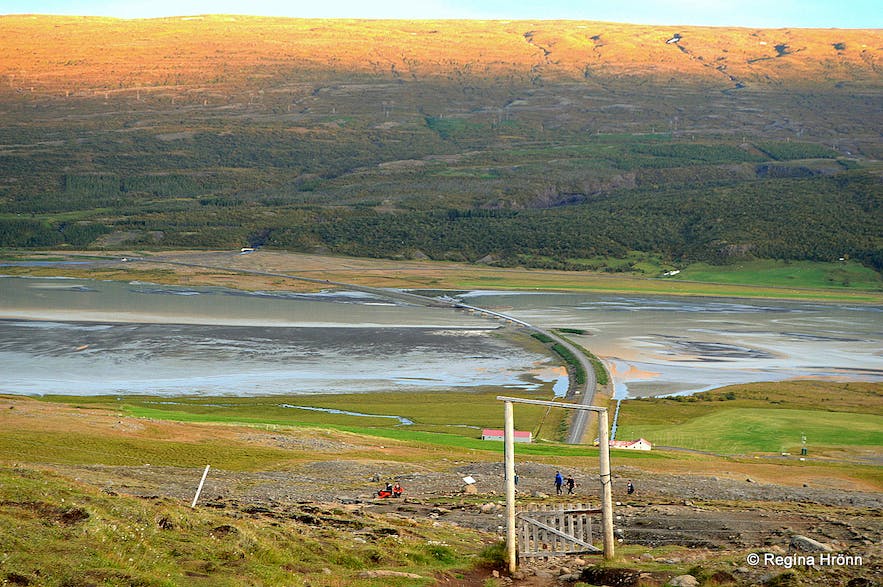 You can hire a car in Reykjavík to reach Egilsstaðir or check out the ring-road tours. It is possible to spend days in East-Iceland and join a myriad of tours:

I would like to stay here for a week and go on different tours each day. I guess I will have to bring a tent to keep the cost down.

If you are looking for a place to stay then check out the Wilderness Centre of Iceland. I have not yet stayed there, but would love to as I have heard good things about this place :) 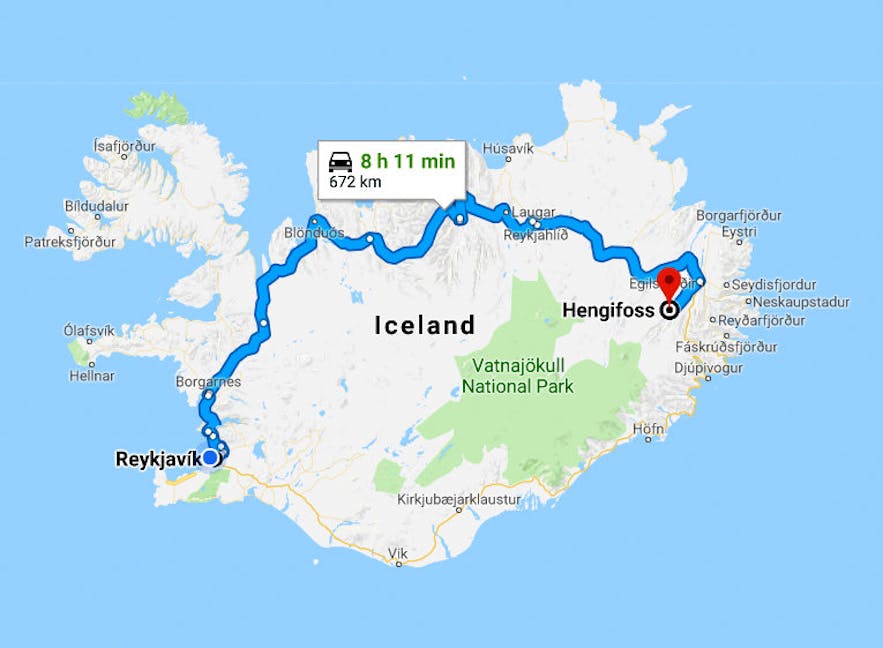 I prefer driving around the lake, but there are some 35 km on both sides of the lake, so all in all the drive to Hengifoss waterfall is 70 km. There is a gravel road on part of the route on the west side, but the east side is paved. Don't forget to drop by at the historical site Skriðuklaustur as well. 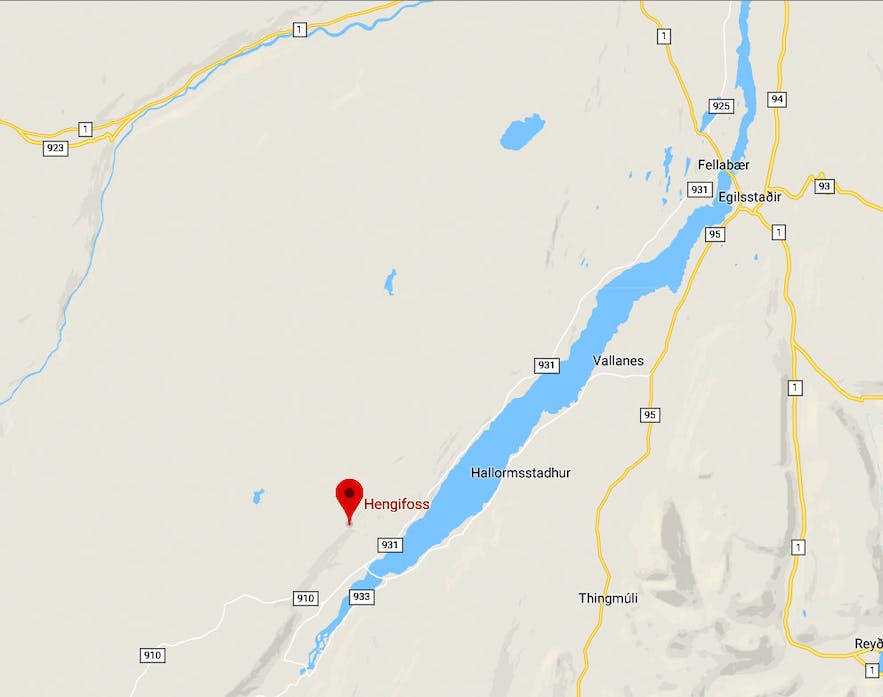