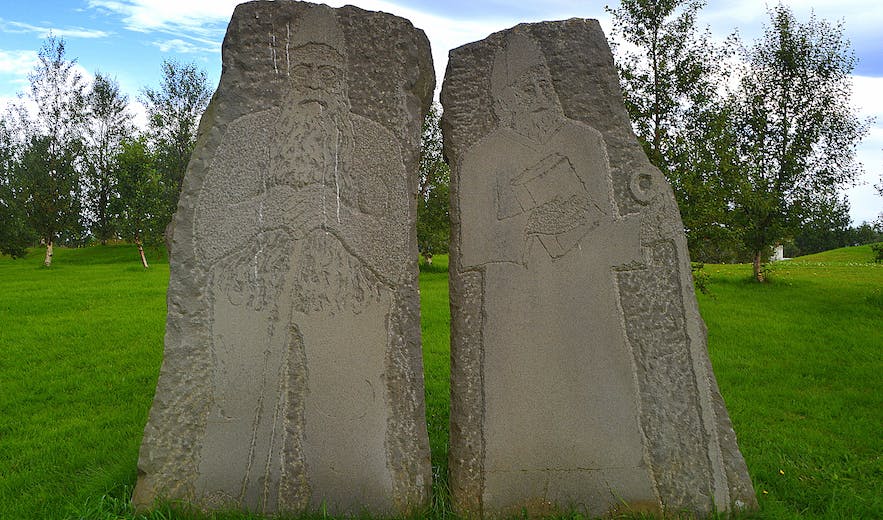 In my last travel-blog, I wrote about Hólar in Hjaltadalur in North-Iceland, which from 1106-1801 was one of 2 episcopal sees in Iceland - The Northern seat of the bishops and the educational capital of the north.

The other episcopal see was at Skálholt in South-Iceland, which is one of Iceland's most historic places and to us Icelanders a holy place. It was the centre of ecclesiastic power in Iceland for almost 700 years. The first bishopric was founded here in 1056, with the first bishop, Ísleifur, taking the seat. From then on it became the centre of learning, culture and worldly power in Iceland.

The first Cathedral was built in the 12th century, and altogether there have been 10 churches here built of wood, some of them burnt down, others were destroyed by bad weather etc. Some of them were much larger than the present memorial Cathedral, which was built from 1956-1963. 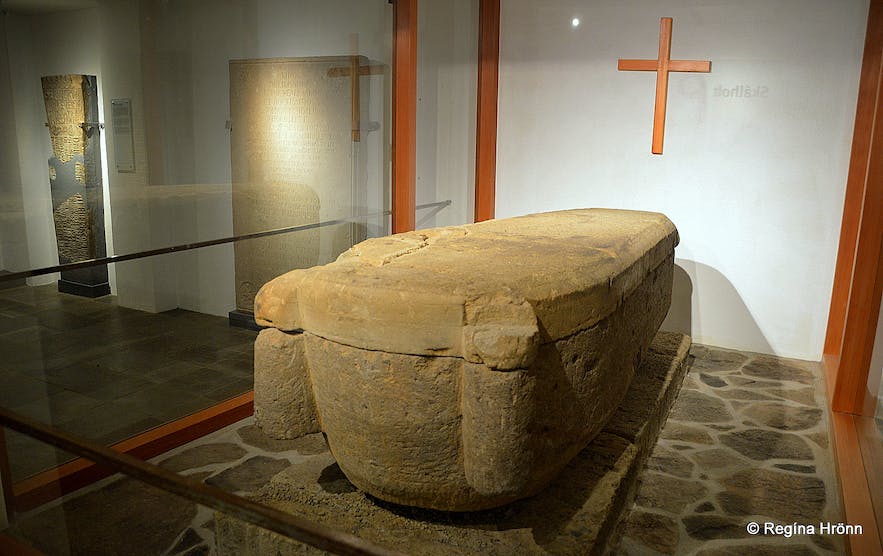 A sarcophagus was found in 1954 during the excavation for the foundations of the church, containing the remains of our bishop Páll Jónsson, who died in 1211. The sarcophagus is on display in the church crypt/cellar.

The sarcophagus is by far the most important old relic to be found at Skálholt. In the crypt, you will also find 2 Icelandic tombstones and foreign tombstones of 5 bishops and 1 councillor.

Over a period of 100 years, it became "fashionable" for bishops to buy foreign tombstones and the oldest one of these tombstones is from 1697 and the "youngest" one from 1796. 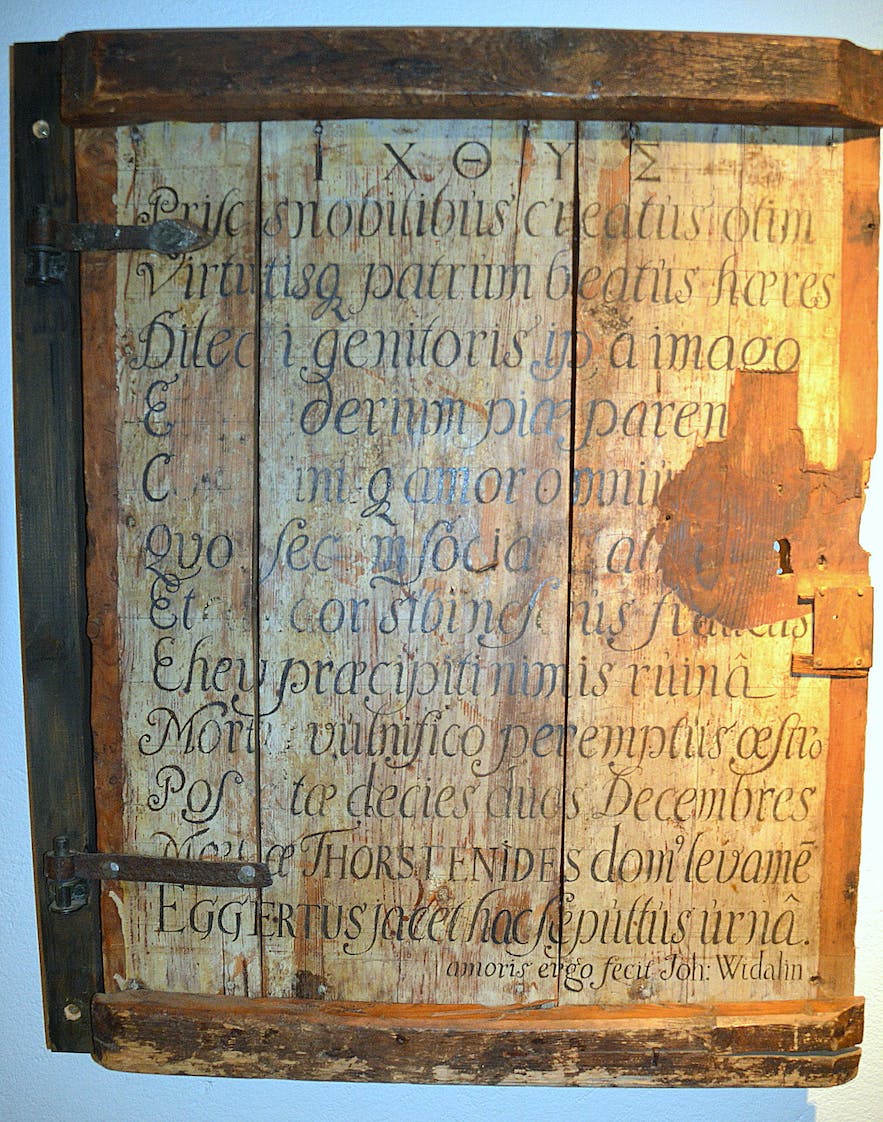 The medieval tunnel is mentioned in the Saga of the Sturlungs, when Órækja Snorrason, the son of the great Snorri Sturluson at Reykholt, attacked Gissur Þorvaldsson here at Skálholt in January 1242. Gissur the Chieftain of the Clan of Haukdælingar had had his former father-in-law, Snorri Sturluson, killed on September 23rd, 1241. Órækja wanted revenge for his father. 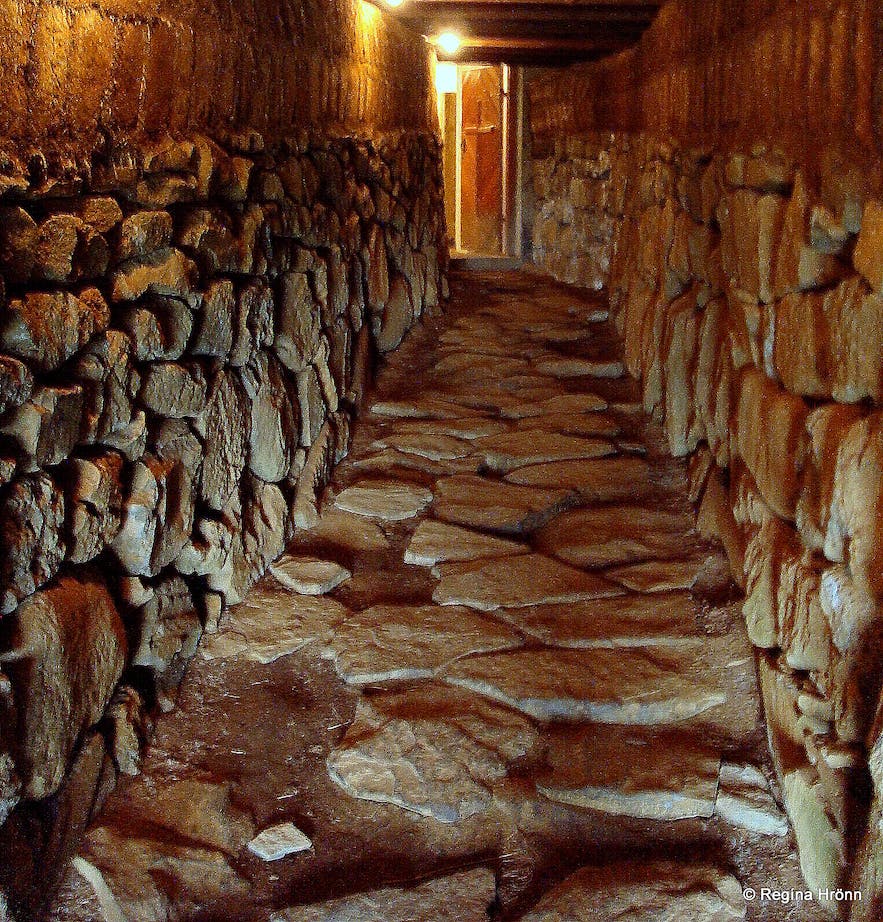 I have written a travel-blog on both Snorri Sturluson and the bloody Viking battles in Skagafjörður. These most powerful Viking clans in Iceland fought each other and their blood-relatives. Órækja was, by the way, married to Arnbjörg, the sister of Kolbeinn ungi, the Chieftain of the Clan of Ásbirningar up north.

I first visited the crypt/cellar when I was 7 years old and was staying at a Christian summer camp by Skálholt. I found it so scary back then that I didn't visit the cellar again until 35 years later. It was less scary when I visited it for the second time ;)

The exhibition in the crypt is run by the National Museum of Iceland and there is a small entrance fee. 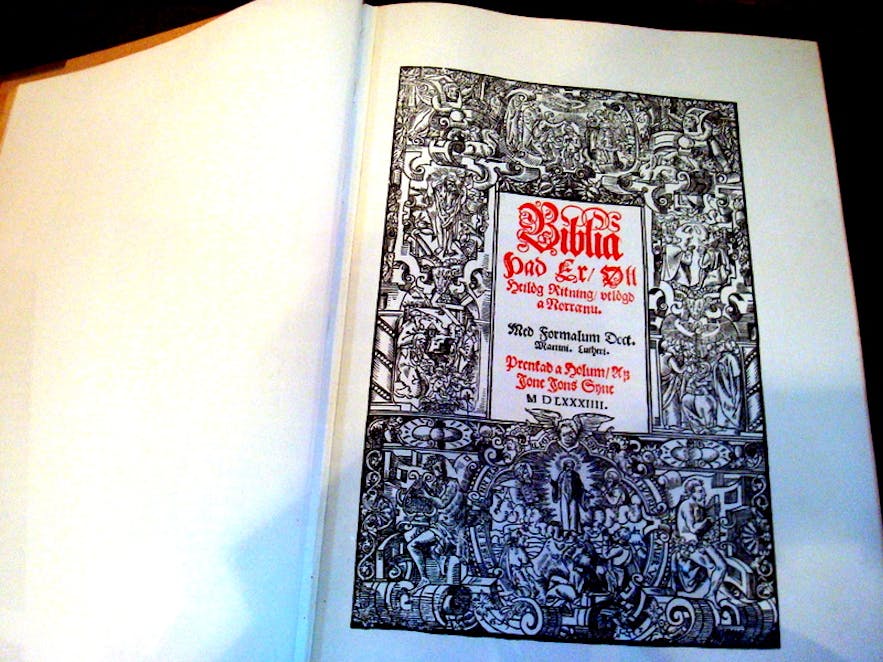 On display inside the Cathedral is The Bible of bishop Guðbrandur, called Guðbrandsbiblía in Icelandic, published in 1584. This Bible is the first edition of the Icelandic Bible and one of the few remaining copies still in its original bindings, so it is a great treasure to us.

Bishop Guðbrandur Þorláksson (1541-1627) at Hólar in Hjaltadalur published this Bible in Icelandic and it was indeed a great achievement and played a big role in conserving the Icelandic language, plus allowing the nation to get the knowledge of Christianity in their own language.

There is a small museum on the second floor of the church displaying books which were printed in the 18th century, among them the 1st book printed in our language. Other artefacts from at Skálholt are on display at our National Museum in Reykjavík. 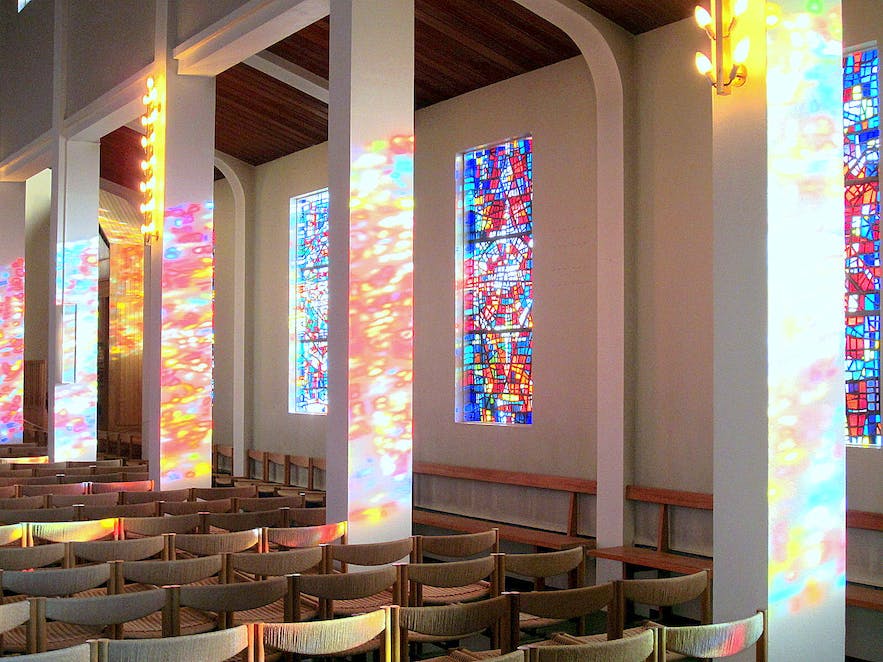 The Cathedral has some beautiful stained glass windows and an altarpiece of Jesus, made by two Icelandic women. The windows are a gift from Danish merchants and are made by one of our female artists, Gerður Helgadóttir.

The mosaic altarpiece is made by another of our female artists, Nína Tryggvadóttir. The windows show the story of the salvation.

When the sun shines directly through the stained glass windows the interiors of the cathedral turn into a magical multi-coloured wonderland. Even the altarpiece of Jesus reflects the colours of the windows, making it even more beautiful.

I have knelt down in awe in front of the altar more than once when I have been here alone. I feel a strong energy in Skálholt and sometimes it is so strong that it is just overpowering. 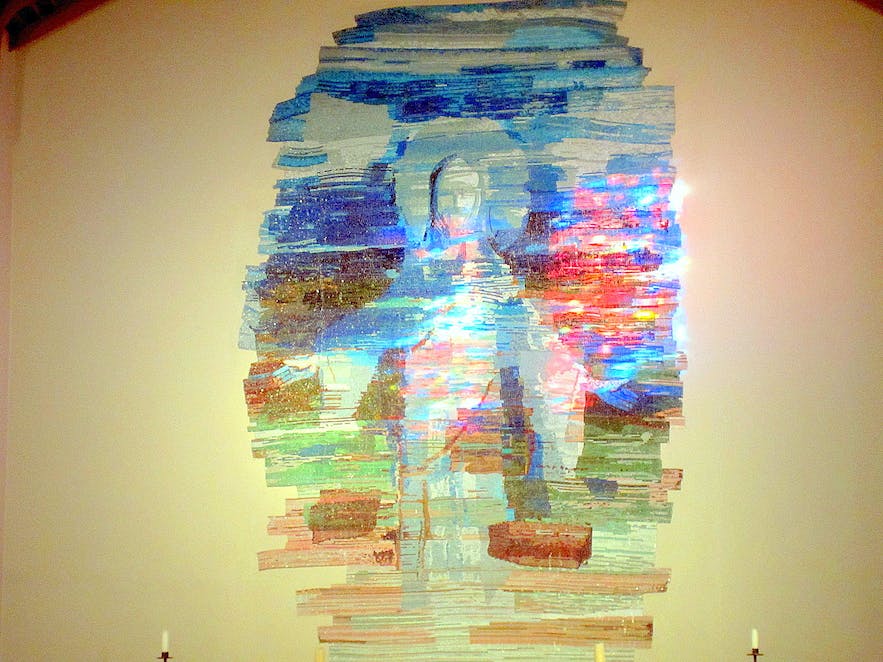 The archaeological site, which shows ruins from the 17th and 18th century, has been marked with rooms that have been unearthed there. You will find a dormitory, school, whey store, refectory, food store, meat store, children's room, kitchen, court, library and the Bishop's room. When I walked there I found such strong energy coming through the sole of my feet that it almost felt like I was walking on fire. 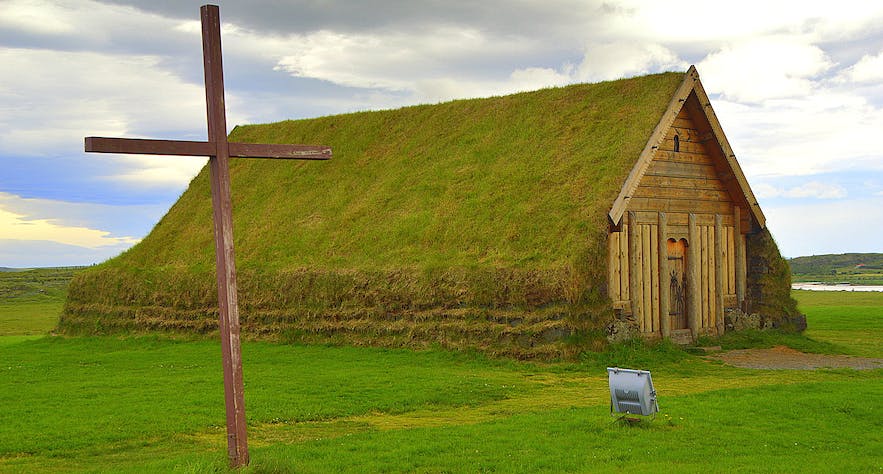 Þorláksbúð is a new addition to the buildings and Cathedral at Skálholt, built in 2011-2012. It is a hypothesis house, built on the ruins of the old Þorláksbúð, which was a temporary chapel, built after Árnakirkja church burnt down in 1527. 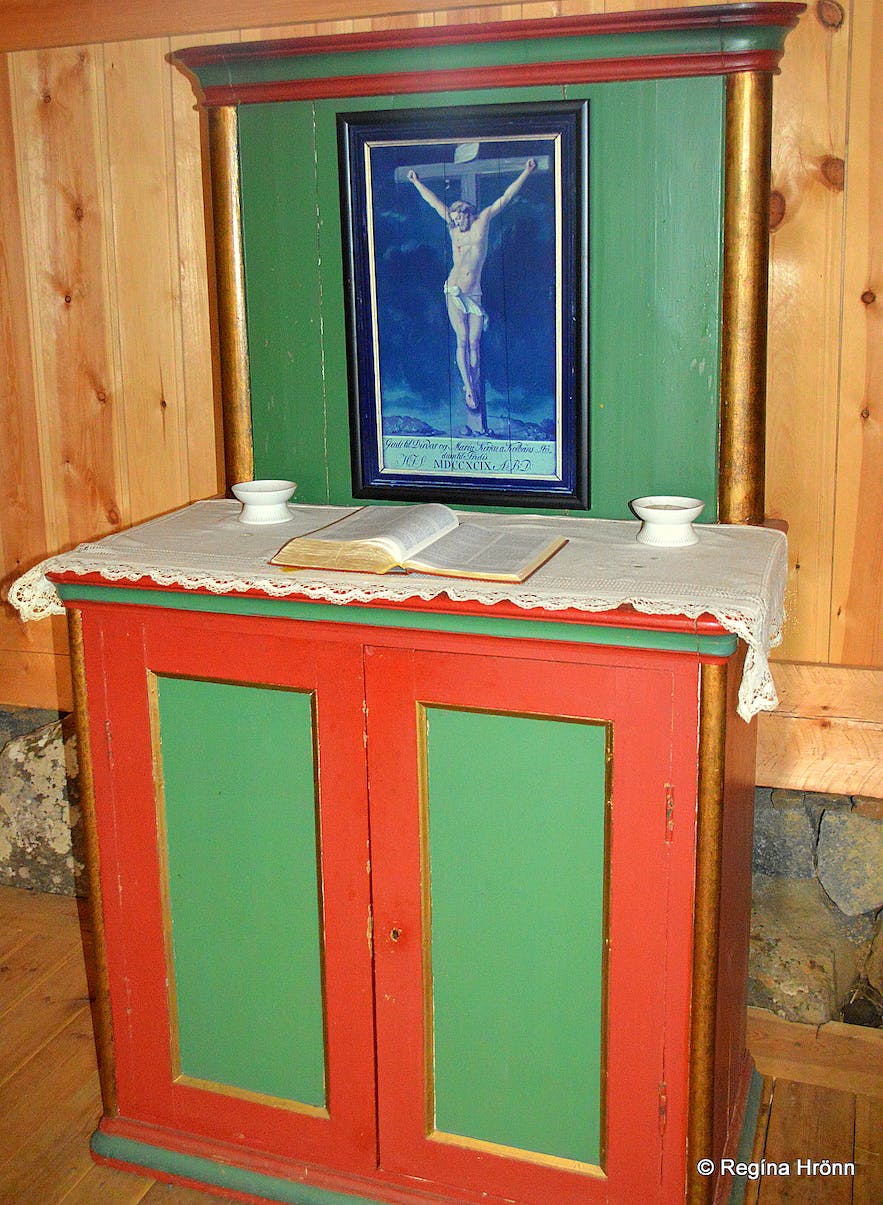 There have been talks about building a hypothesis cathedral there, in the liking of one of the massive timber churches in Skálholt in the middle ages. But seeing that Skálholt is a holy place I don't think this idea will come to fruition.

There has been a lot of controversy regarding Þorláksbúð, as some people think it ruins the image of the holy place of Skálholt, especially as this is a preserved area. And that it should not be built right on top of the ruins, but in another place, like the hypothesis house Þjóðveldisbærinn in Þjórsárdalur valley. 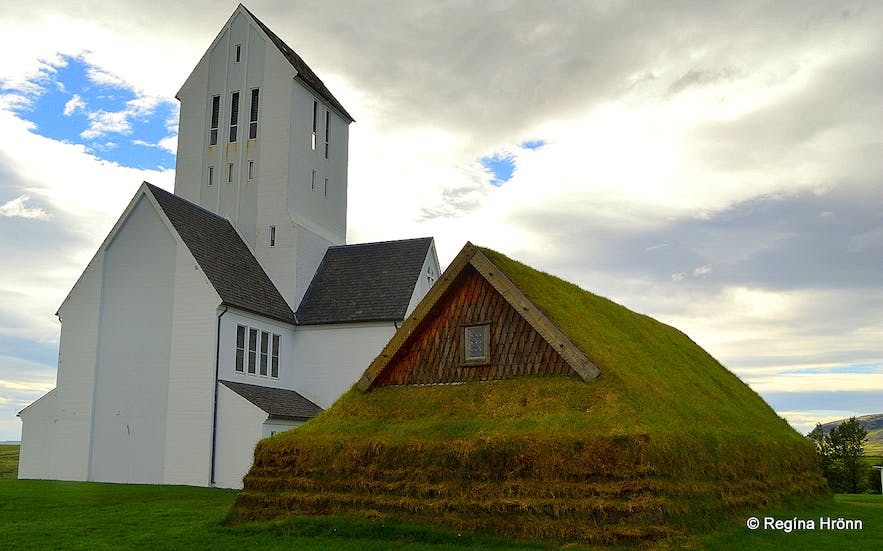 I think it looks quite interesting and I am happy with this new addition.

There is a public school in other buildings at Skálholt, which is a hotel during the summertime. 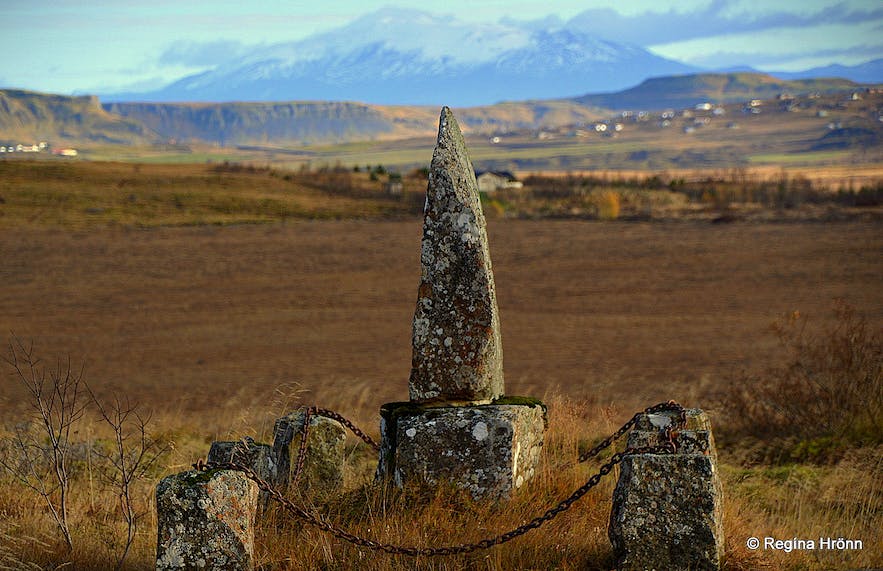 A short distance above Skálholt cathedral you will find the memorial for Bishop Jón Arason at Hólar, who was beheaded in 1550 at Skálholt, together with his 2 sons, Björn and Ari. This tragic event took place during the Reformation, the change from Catholicism to Lutheranism.

Written on it in Icelandic is: "Jón Arason biskup - ljet hjer lífið fyrir trú sína og ættjörð - 7. nóvember 1550" meaning "Bishop Jón Arason - lost his life here for his religion and fatherland on the 7th of November 1550". 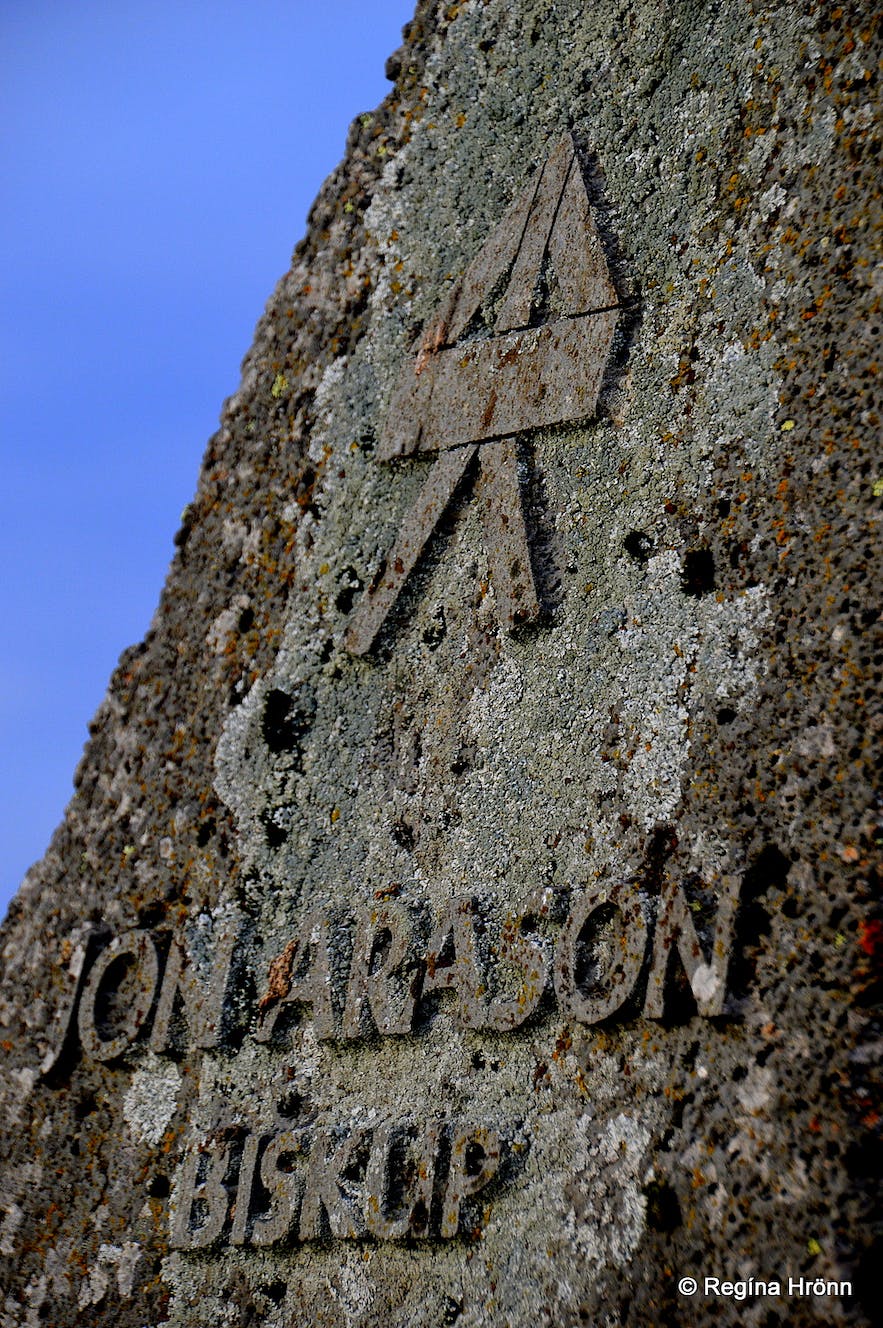 Jón and his sons were buried here at Skálholt after the execution, but the next spring a party of men from the northern part of Iceland rode to Skálholt. Their intention was to take the bodies to Hólar for a proper burial.

They exhumed the bodies of Jón and his sons at Skálholt and took them to Torfastaðir for the night. 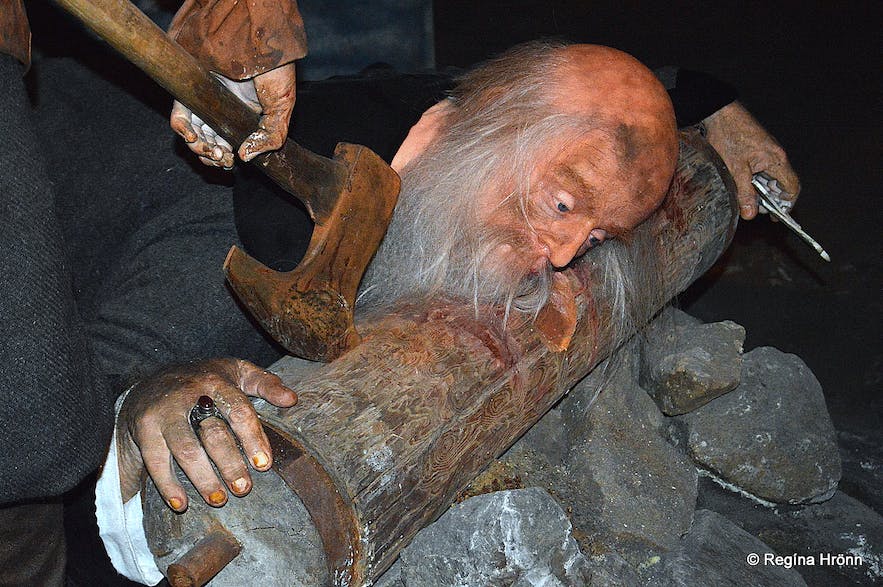 Earlier on in history, after the conversion to Christianity in the year 1000 at Alþingi, some of the Vikings on returning back home, got baptised in Vígðalaug pool. 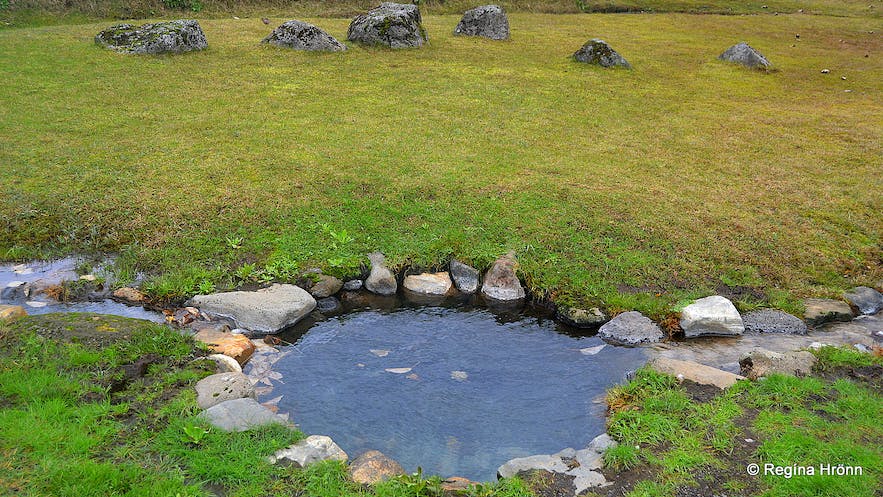 You can see Hólar in my photo below.

I recommend visiting both these historical places as they are very important places in Icelandic history. To me, Skálholt has a magical touch to it, the energy in Skálholt is very special. The Cathedral is open every day from 9:00-18:00. 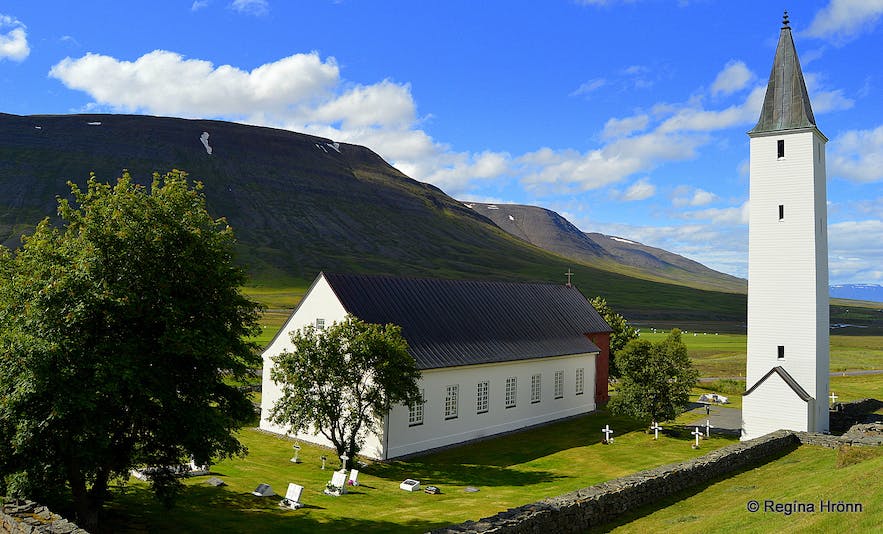 Skálholt is located in South-Iceland some 93 km away from Reykjavík and can be included in the Golden Circle tour.

To visit this area on your own you can rent a car in Reykjavík and make a day of it by visiting the highlights of the Golden Circle Gullfoss  and Geysir on the same day.

Have a lovely time at the historical Skálholt :)