For many, Iceland is synonymous with the world’s premier 100% natural, emission-free light show – AKA the Northern Lights. Sure, it’s dazzling and - when it plays ball - never fails to disappoint, but there’s more to Iceland than this. From black sand beaches to glacial hikes in the beaming sun, here are just a few of the reasons why visiting Iceland in summer is an experience you can’t clone, giving those icy winters and all that they bring a run for their money!

It’s not only excitable tourists who love visiting Iceland in summer, oh no - you’ll be joined by the world’s largest puffin colony! It’s estimated that between 8 and 10 million birds belong to the colony and during the warm summer months is when you’re mostly likely to see these majestic creatures in their natural habitat.

Peak puffin spotting season usually runs from mid-April to September, leaving you plenty of opportunity to catch it - and it’s quite the spectacle. They spend most their lives at sea, but it’s only during these summer months that the Atlantic Puffins return home to Iceland. If you’ve rented a car, this will give you the freedom to embark on a real-life puffin pursuit at your leisure along the coastal areas where they are most commonly found.

While road tripping through Iceland during the winter months is a unique experience that will allow you to see the true width and breadth of this supremely attractive, snow-clad winter paradise, for the nervous driver it can fast turn into a bit of a nightmare.

I have fond memories of turning up to the rental place and being offered all manner of insurance that would prevent me from financial catastrophe in the event of actual catastrophe, as well as snow chains for the car’s tyres among other things *just in case*.

Road tripping in the summer eliminates all of this drama. You won’t have to deal with closures due to ice and snow on the road, and you’ll avoid having to drive in visibility of next to nothing. That’s not to say that driving in the winter isn’t advised – in fact it’s my favourite time to be out on the roads. What can I say? I like a challenge.

But, let’s face it, during the summer months the landscape is just as breath-taking and it can be navigated with ease, allowing you to reach those far flung places that mother nature just won’t allow during those chilly winter months. 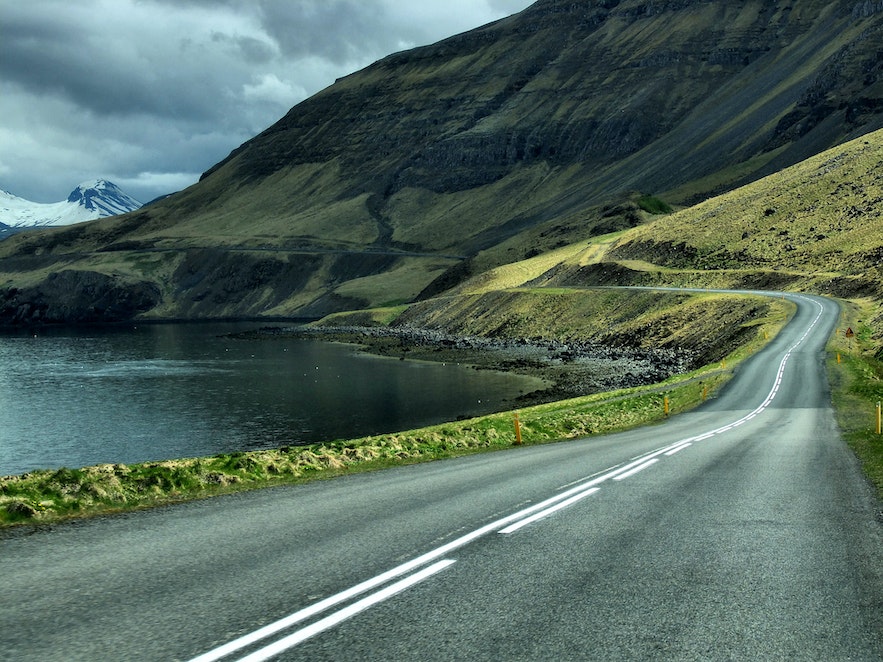 Camping Is an Option

Following on from the above, if you’re road tripping though Iceland it’s likely that you’re a DIY kind of guy (or gal). So for those who love being outdoors, I’d recommend pitching up at one of the many camp sites located just off the boundless beauty provided by - what has to be one of the greatest roads to take on the world - Route 1.

Camping in Iceland is just like camping anywhere else in the world – you’ll have all the facilities you need to hand, but for those of you who see yourself as a bit of a Bear Grylls-type character, you can actually camp anywhere you like in Iceland's highlands so long as there are no more than three tents and it’s just for the night!

Along the coast however there are more restrictions, and you should always camp within a designated camping area. 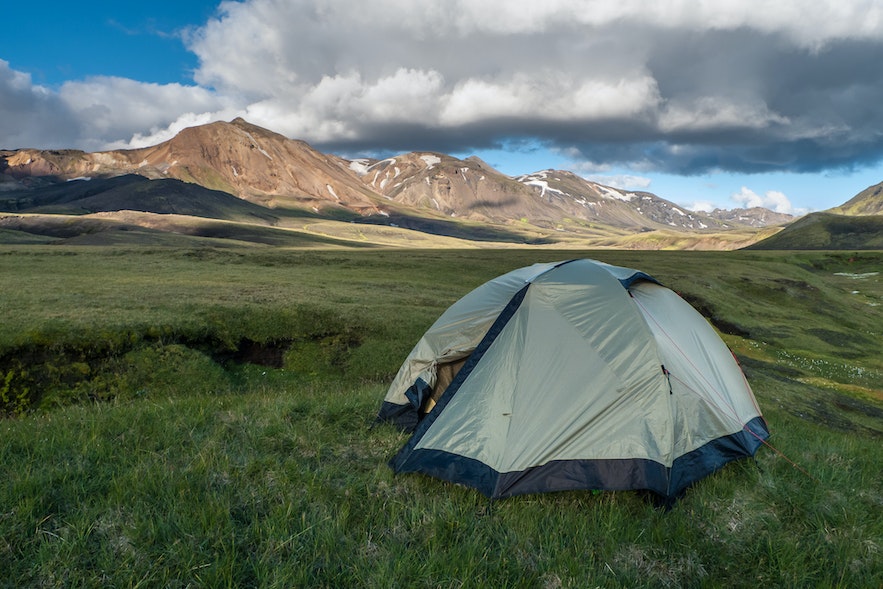 Located in the southeast of the island, Skaftafell is a personal favourite as it is located at the heart of Vatnajökull National park and has Jökulsárlón, otherwise known as the ice lake, on its doorstep.

It’s also where you’ll find the remnants of the Sólheimasandur airplane wreck. The plane went down back in 1973 (fortunately all crew members survived) and is now resting lifelessly on a spectacular black sand beach. There are only a few places in the world you’ll find beaches like this one, so it makes sense to visit during summer time to see it in all its glory! 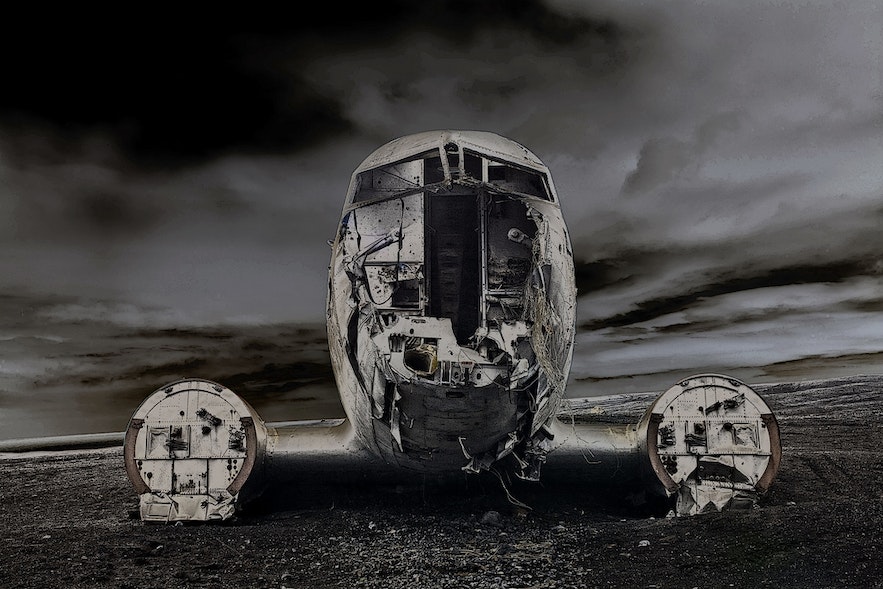 Iceland is clearly a land of extremes. On the one hand, you have long, cool winter nights, where even the thought of daylight becomes a distant memory for the Icelandic people by mid-winter.

Then on the other hand you have eternal sunlight, all day, every day, forever, and ever. Okay, not forever, but between May and August, daylight remains until around midnight, hence the name. Smart, eh?

You needn’t be in a particular area of Iceland to witness it either, as not only can the midnight sun be seen across the country, but it’s an experience shared with the likes of Greenland, Canada and Norway to name but a few countries. If we’re talking science – all this means is that the Earth’s northern pole is now tilting towards the sun, creating a situation of great bliss for the locals and tourists.

Not only is it far warmer, but it means maximising your time in Iceland that can be spent outdoors with nature. From exploring the far-reaching landscape via horseback riding and gallivanting around on ATVs, to caving by natural light and extraordinary hikes traversing the rolling hills, there are so many ways to take advantage of the midnight sun. Why not check out a summer self-drive tour to see where it can take you? 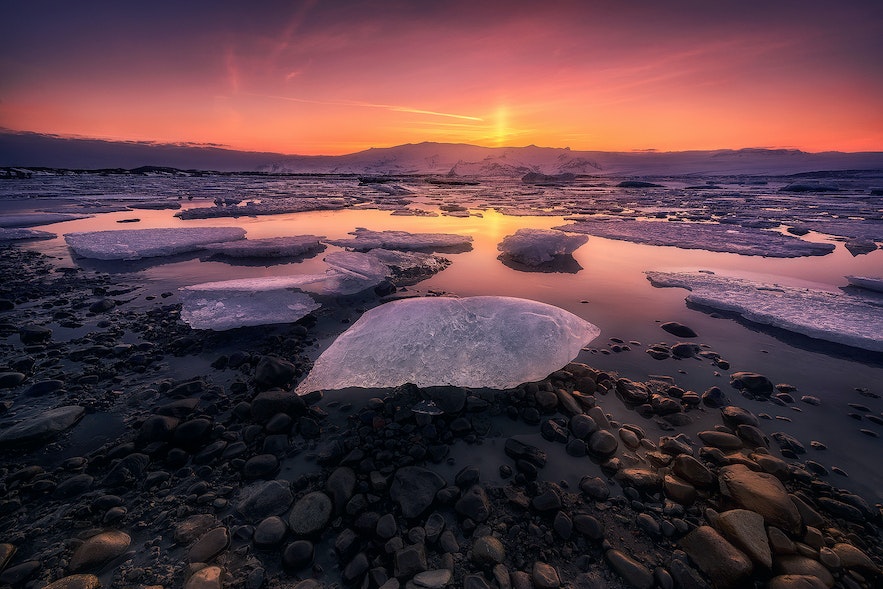 Speaking of the midnight sun, whilst Iceland doesn’t go as all out as many other countries when it comes to welcoming the summer solstice, that’s not to say that it’s not steeped in tradition.

Solstice is marked throughout the northern hemisphere on June 21st, but in Iceland it’s all about June 24th. Named after John the Baptist, Jónsmessa is a midsummer celebration of intriguing endeavour. Rumour has it that on this day seals have the ability to achieve human form, and cows follow suit adopting the ability to speak - who knows how humans will transform?

Icelandic people are confident of the healing powers of the landscape, from its geothermal pools to its restoring minerals. And on this day rolling around without clothing in the morning dew is sure to bring you good luck! Take it from this guy... 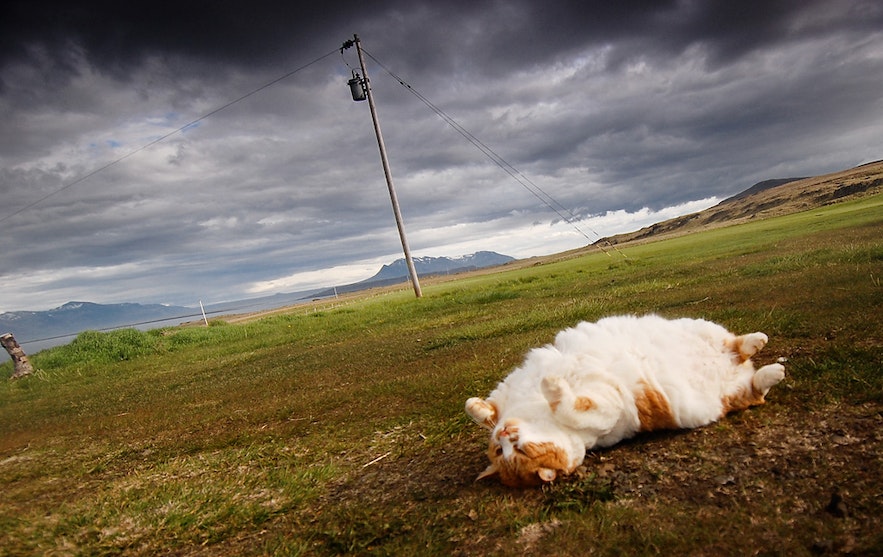 With the summer sunshine comes the summer fun time. Considering its size, we should all be taking our hats off to Iceland for what it has provided us in terms of musical output.

From the eccentricity of Björk, to the memorable tones of Of Monsters and Men, music is a big part of life here, and if truth be known the Icelandic people are pretty good at throwing events to celebrate it.

With 96 hours of never-ending daylight, the Secret Solstice Festival certainly has its selling point, with musicians from all over the world rocking up to party into the (bright) night. It happens during the period between summer solstice and Jónsmessa, attracting world-renowned acts to perform amid a spectacular backdrop – this is undoubtedly one of the most unique festivals on the planet!

If that’s too passive for you, the Midnight Sun Run will tick all the right boxes. Beginning in the fully bloomed Laugardalur Valley, not only does it take in the gently sloping mountains and colourful rooftops of Reykjavik, but the race ends next to one of the city’s geothermal pools, Laugardalslaug. Very convenient indeed. Runners can opt for 5k, 10k or half marathon events.

The underground art scene also has something to offer, with weekly cabaret shows on offer in June, performed by Reykjavík Kabarett and with a great number of international guest performers, and during solstice in 2018, on June 21st, Reykjavík Poetry Brothel will have its one year anniversary event.