Arneshreppur is a municipality of the Westfjords in Northwest Iceland.

Arneshreppur, spelled Árneshreppur in Icelandic, is the least-populated municipality in Iceland, with only about 50 permanent inhabitants. Visiting the municipality and the larger Strandir area is almost impossible during the winter. Still, it’s worth the effort to see this remote area and experience its culture during summer.

Photo from Flickr, Creative Commons, by Ulrich Latzenhofer. No edits made.

Things to do in the Arneshreppur Municipality

Arneshreppur has a tiny population, but there are some fascinating things for tourists to see and do.

Travel to Arneshreppur is usually limited to the summer months, as dangerous road conditions make travel almost impossible during the winter. However, many travelers enjoy trips to the Westfjords during summer, and Arneshreppur is an excellent place to visit if you’re interested in seeing Iceland’s remote areas.

Discover the Fishing History of Djupavik 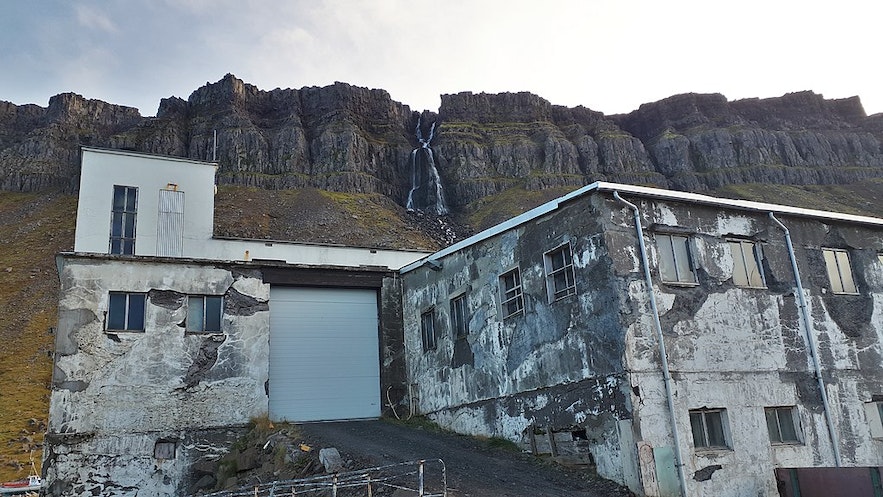 Photo from Wikimedia, Creative Commons, by Leo Taller. No edits made.

Arneshreppur was once home to a thriving shark and herring fishing industry. During the 20th century, there were two operating herring factories in the municipality. One of them, in the remote village of Djupavik, has now been reopened as a museum.

The herring factory, which opened in 1935, was once the largest concrete structure in Iceland. The herring in Hunafloi bay (where Djupavik is located) were gone by the late 1940s, and the town of Djupavik was nearly abandoned by 1968.

However, the village today receives more visitors each year as tourism to the area increases. If you’re looking for accommodation in Djupavik, Hotel Djupavik is a good choice. During the 1930s, the building was used as accommodation for women who worked in the herring factory. It was converted into a hotel in 1985.

Djupavik village is a great place to stay if you want to go hiking, as there are several beautiful and secluded tracks you can follow. Djupavikurfoss waterfall dominates the village, cascading down from the cliffs above the settlement.

Keen walkers can take a strenuous hiking trail to the top of the waterfall. Alternatively, if you want an easier route, you can take a gentler hike up a grassy slope below the cliffs to enjoy the waterfall from town.

Visit the Geothermal Pools in Krossneslaug

Visit the Krossneslaug geothermal pools and enjoy gorgeous views over North Iceland and the surrounding ocean waters as you relax. The Krossneslaug pool is situated within the Arneshreppur municipality, about 22 miles (36 kilometers) from Djupavik.

Geothermal activity in the Westfjords is quite rare. The Westfjords is one of the oldest areas of the island, meaning that much of the volcanic activity that would create geothermal energy is no longer active. The Krossneslaug hot spring is a rare exception, bringing an Icelandic tradition into this remote region.

Where Is the Arneshreppur Municipality? 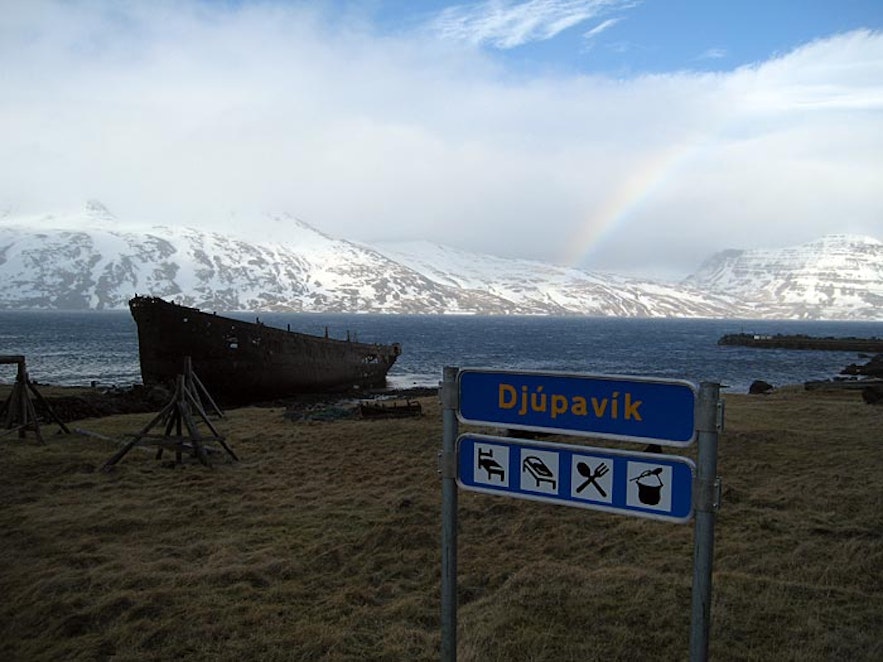 Photo from Wikimedia, Creative Commons, by Claus Sterneck. No edits made.

Arneshreppur is situated on the eastern coast of the Westfjords region, in the Strandir area. It’s approximately 200 miles (around 320 kilometers) north of Reykjavik.

The simplest way to reach Arneshreppur is to drive, and there are plenty of car rental options in Reykjavik and Keflavik. However, it’s worth noting that the roads of the Westfjords are often unpaved, so you’ll want to hire a 4X4.

Alternatively, you can take a domestic flight from Reykjavik to Gjogur. Gjogur airport is on the eastern coast of Arneshreppur, so you’ll be well situated to explore the municipality from here.