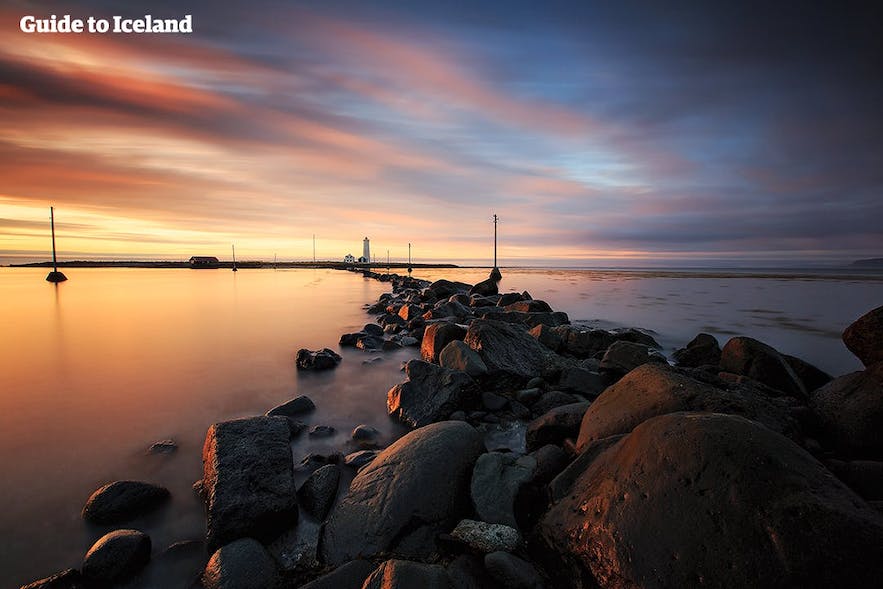 Grótta is a nature reserve on the tip of the Seltjarnarnes Peninsula, in the north-westernmost part of the Greater Reykjavík Area. It has been a nature reserve since 1974 due to its abundant birdlife.

While discovering this nature-rich region, don't forget to take a tour of Reykjavik to see the best of what is on offer in the city, too.

There has been a lighthouse at Grótta since 1897, and the one currently standing dates back to 1947. It was connected to the electric grid in 1956 and has remained more or less unchanged since.

The area, however, has been used and referenced for much longer. Historical records show that a farm existed on the site in the 16th Century, which is probably where it got its name, thought to derive from the old word for a wheat-grinding mill.

Although it went through a period of abandonment in the 19th Century, Grótta is now one of the capital’s most visited sites, attracting both locals and foreign visitors throughout the year.

Grótta is a haven of nature in Iceland’s capital. Surrounded by black sands and a rugged coastline, it is an awe-inspiring place to look out to the churning Atlantic ocean. In clear weather, you can see across the water to the Reykjanes and Snæfellsnes Peninsulas.

Throughout summer, many species of birds nest in the area. Seabirds, such as Arctic Terns, form a colony on the rocks, and freshwater species, such as tufted ducks, can be found in the beautiful adjacent pond, Bakkatjörn. Nature lovers should also keep their eyes on the shoreline for seals, which are occasional visitors.

Throughout June, areas will be cordoned off to protect the birds, so please stick to the walking paths. If you are disrespectful, the terns, which dive-bomb the heads of any too close to their eggs or young, will punish you for it, and you are likely to receive a fine.

In winter, the area remains popular. It has little light pollution, making it one of the most popular spots in the capital area to view the Northern Lights. To make this even more comfortable, there is a geothermally heated pool you are welcome to warm your feet in while you wait and watch.

Grótta is connected to the mainland by a thin spit that in high tide becomes submerged beneath the sea; those walking over to the lighthouse, therefore, need to be aware of the tides, so they do not become stranded like many have before them. The tide chart can be seen here.

What to do around Grótta

Besides birdwatching in summer and northern-lights hunting in winter, there are multiple things to do around Grótta.

A golf course was established nearby, as was a museum on Icelandic Medical History. There are multiple hiking and biking paths, the Kvika footpath and Norðurströnd walking path taking you to the most scenic points. Seltjarnarnes also has a swimming pool and a large, verdant park.

Those passionate about surfing will also find opportunities in this area by talking to locals, as will those who would like to fish from the shore.

It is possible to walk to Grótta from the centre of Reykjavík, although this will take over an hour. Otherwise, many buses leave to here every day from the bus station Hlemmur. 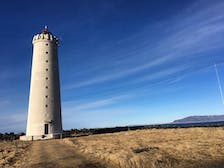 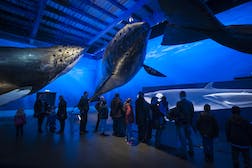 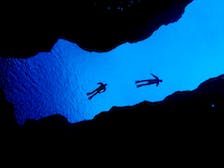 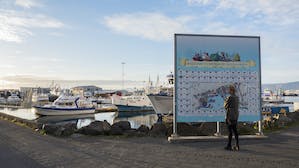 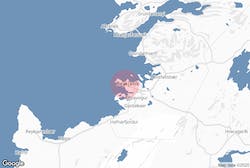