Hafnarfjörður is Iceland’s third most populous city and located in the Greater Reykjavík Area. It has a population of 28,200 and is located to Reykjavík’s South.

Populated in the 14th Century at the latest, Hafnarfjörður was primarily a fishing and trading port in its origins, due to its excellent harbour and the fertile waters of Faxaflói Bay. While these industries are still going strong, Hafnafjörður has competing economies in tourism and heavy industry.

Tourism flourishes in Hafnarfjörður due to its proximity to Keflavík International Airport, the Blue Lagoon, the Reykjanes Peninsula and Reykjavík, as well as its natural beauty along its coast, and its wealth of services. Many tour operators will pick guests up from Hafnarfjörður, so if you would prefer to be away from the bustle of the capital, it is a great location to base yourself.

Hafnarfjörður also has a wealth of folklore that draws guests, no doubt due to the strange lava formations found in and around the town. These rocks are, according to Icelandic legend, the homes of the Hidden Folk, a mysterious elven people known for their mysterious, ethereal and often evil behaviour.

For such an urban centre, a surprising amount of locals still believe in the hidden folk. For this reason, people from Hafnarfjörður are often used as the butt of jokes by other Icelanders, in the same fashion of a ‘blonde joke’ in English. Of course, these jokes are not usually appreciated by those from Hafnarfjörður, who boast high levels of literacy and education.

The heavy industry in Hafnarfjörður revolves around its controversial aluminium smelter. While Iceland does not have its own deposits of aluminium, it has huge amounts of geothermal activity beneath its surface, making the processing of it incredibly cost-effective.

It was built to protests in 1969, and continues to face them today, for polluting the surrounding environment with fluoride, sullying Iceland’s environmental reputation, and being a general eyesore. Locals voted against its extension in 2006.

That being said, it is a large local employer and has brought prosperity to the city.

Hafnarfjörður has a history dating back to the 14th Century, where it is mentioned in early Icelandic literature. It was the site of the nation’s first Lutheran church, raised in 1553, and Lutheranism continues to be, by an enormous margin, the country’s dominant religion.

During the Danish Mononpoly, a period in which Iceland’s ruler, Denmark, controlled all the country’s trade, Hafnarfjörður was its busiest port. It was thus one of the earliest cities to get a town charter, in 1908.

As such a major trading port, Hafnarfjörður has seen some unusual milestones for the country, such as the arrival of its first car in 1913.

Hafnarfjörður is often called the “rock ‘n’ roll capital” of Iceland, as many of Iceland’s most popular rock bands can trace their roots here, such as HAM, Sign, Jet Black Joe, Jakobinarina and Ulpa. 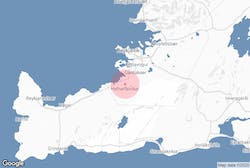 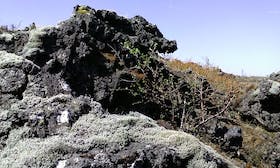 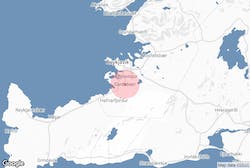 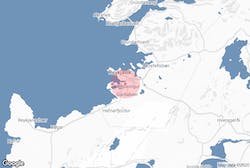 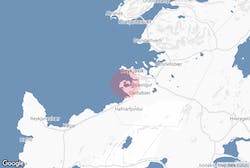