The Best Icelandic Literature for a Non-Icelander

Having lived in Iceland for nearly four years now, I feel like I have managed to read quite a lot of the literature that has so vividly coloured this nation’s history. Icelanders, unlike much of the rest of the world, remember their writers and poets far more than any kings or warriors, so indulging in the nation’s poems, novels and sagas is an essential part of soaking up their culture.

Of course, I have barely scratched the surface of what is out there. Icelanders write more books per capita than any other nation, and approximately one in ten Icelanders have a book of some form published.

Icelanders also have the highest literacy rates in the world (with basically everyone with the capacity to be able to read knowing how to), and, even in times of poverty and hardship, have considered the skill of reading to be an essential part of a child’s upbringing. 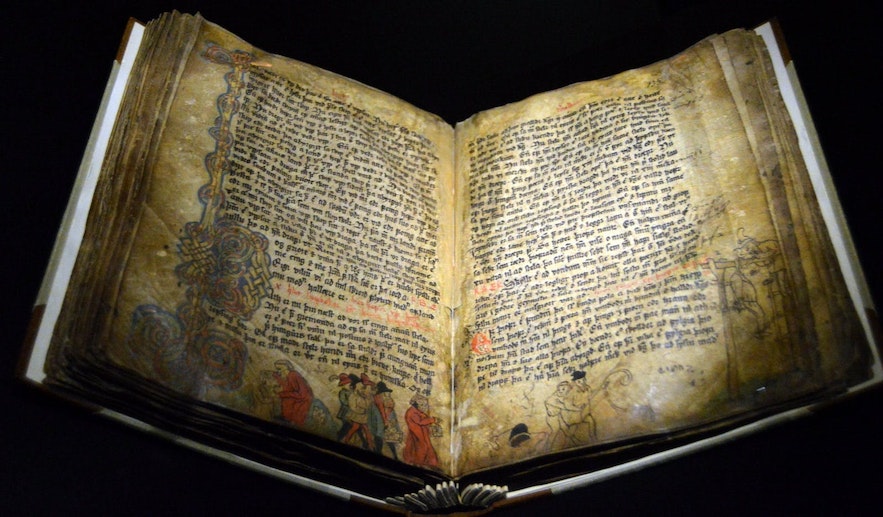 Not only this, but they have maintained the habit of recording histories and telling stories for centuries, ever since the nation’s settlement. The task of getting through all there is to read is, therefore, impossible.

For an outsider who wants a taste of Icelandic literary culture, however, I have some decent recommendations based on what I have personally read. Below are the five Icelandic works I have enjoyed the most. 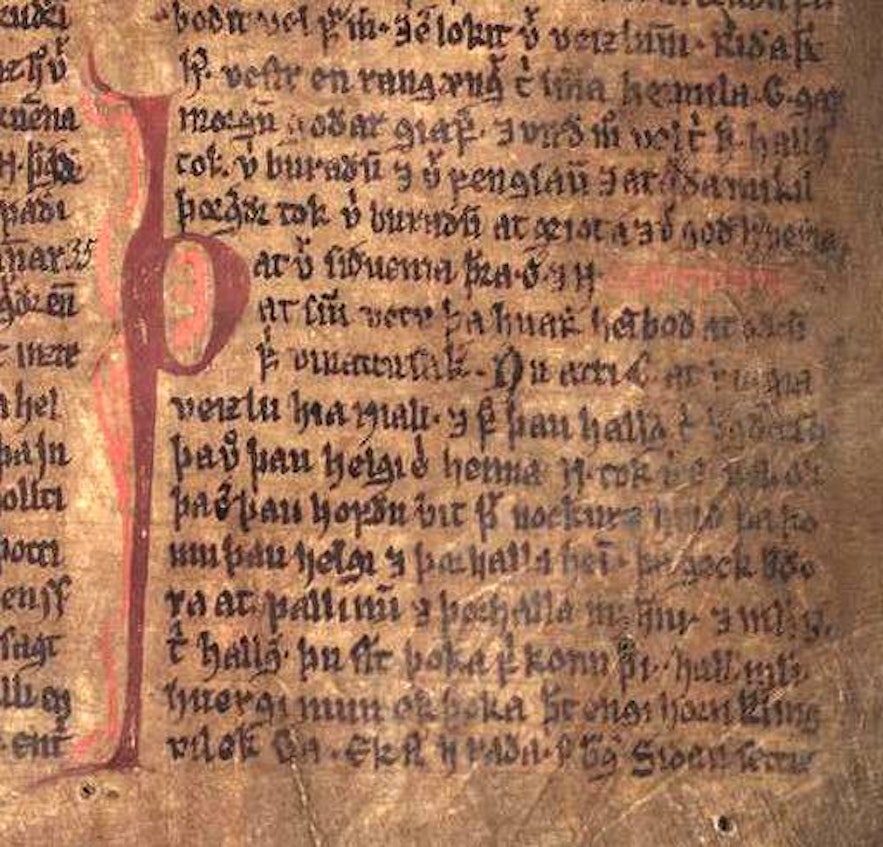 Admittedly, I have not finished this one, but I swear I’m working on it. However, I’ve enjoyed it enough thus far for it to warrant a place on this list.

Njál’s Saga is one of Iceland’s most renowned sagas, detailing a family feud around the turn of the last millennium. Though its detail can be a little too meticulous, and its dense text at times a little laborious to read, it is a fascinating insight not only into Icelandic history, folklore and culture, but early styles of European writing that would end up shaping literary traditions for years to come.

Njál’s Saga is just one of many epics written by Icelanders around the 13th and 14th Centuries; in souvenir and bookshops around Iceland, you will often find large volumes in which many sagas are contained. All of them are worth a read, but Njál’s Saga stands out because of its length, comprehensive detailing of events, and its themes. 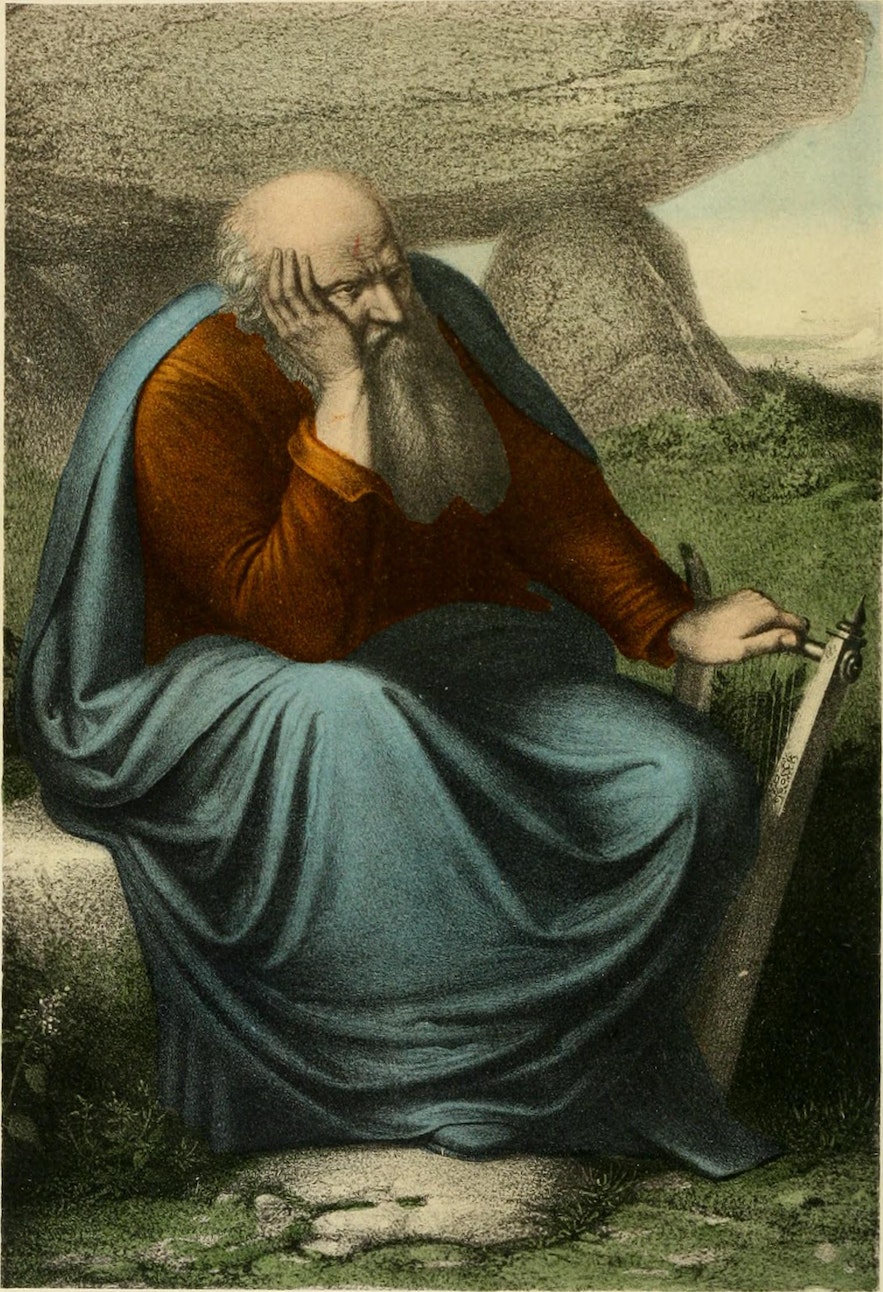 These themes were quite modern for their times. Njál’s Saga has a disapproving voice when it comes to the narrowness and brutality of masculine power, the futility of an ‘eye for an eye’ mentality, and the contrasts between justice and the word of the law.

Although there are many theories, it is unknown who first compiled Njál's Saga, although it was thought to have been originally written down in the late 13th Century. What is known, however, is that it is at least in part based on historical events; both Njáll, his friend Gunnar and wife Hallgerður are known to have existed.

4: I Remember You, by Yrsa Sigurðardóttir 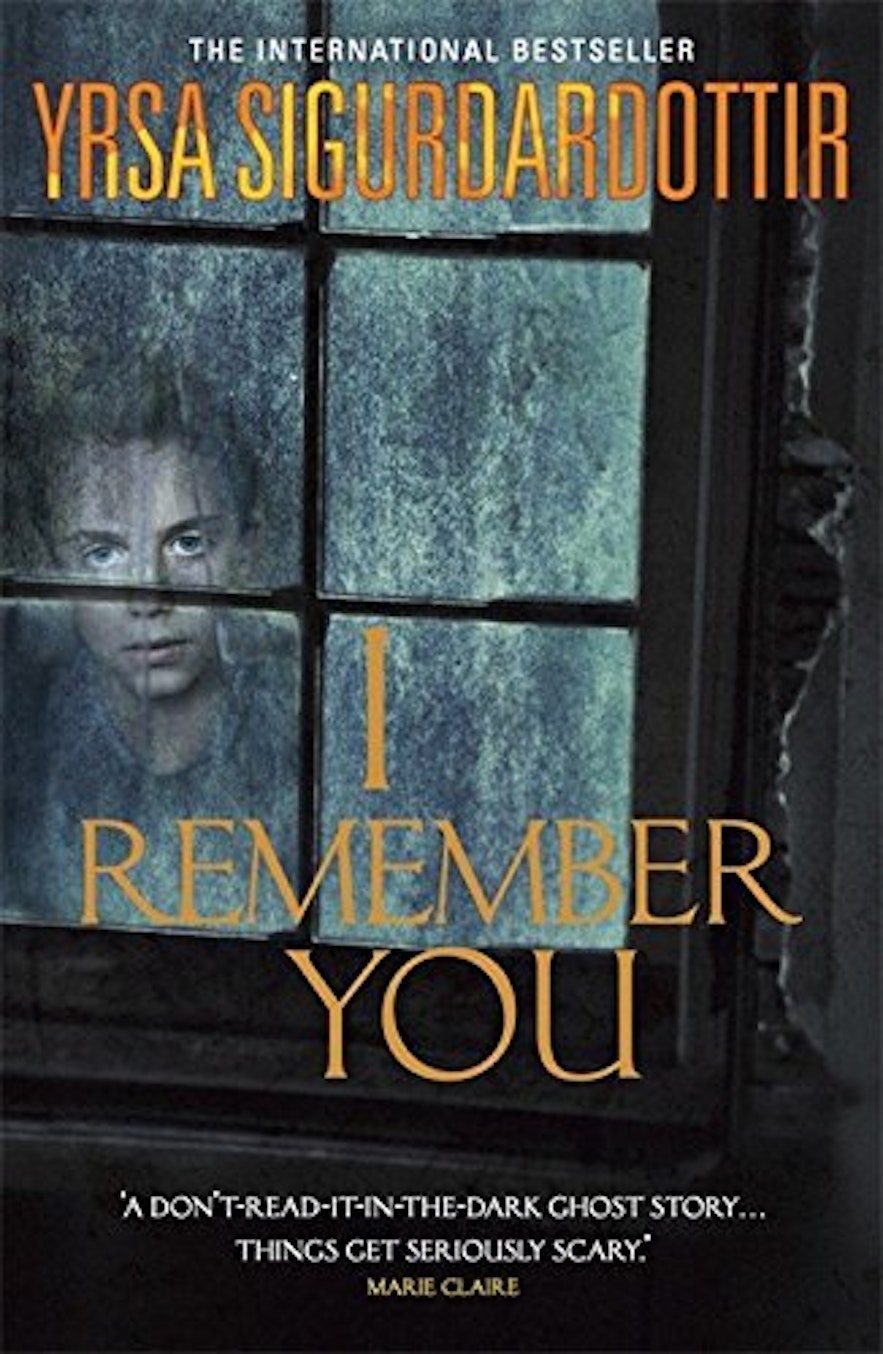 After reading ‘I Remember You’, I was drawn immediately into the ghost stories of Yrsa Sigurðardottir; my fears that the spine-chilling twists of the story would be tempered by the translation turned out to be completely unfounded. This novel manages to encapsulate the elements of Iceland that make the country so popular - such as the lack of crime, deserted nature, and peaceful pace of living - and use them to set the scenes of some rather haunting events.

‘I Remember You’, or ‘Ég Man Þig’, as it’s known in Icelandic, was so popular amongst locals that it has now been made into a feature film, the trailer for which, in Icelandic, I’ve put below.

Mainly based in an abandoned Westfjords village, accessible only by a weekly boat (weather depending...), it follows the supernatural occurrences around three friends, recently struck by tragedy, trying to renovate an old house. Simultaneously, a psychologist in Akureyri meets a patient obsessed with the mysterious disappearance of his son two years ago, and as he tries to learn more, he soon discovers that some mysteries, no matter how close to the heart, are best left alone.

Other compelling ghost novels by Yrsa include ‘The Undesired’ and ‘Why Did You Lie?’, and she has a crime series based around a lawyer called Þóra Guðmundsdóttir I am looking to start on next. 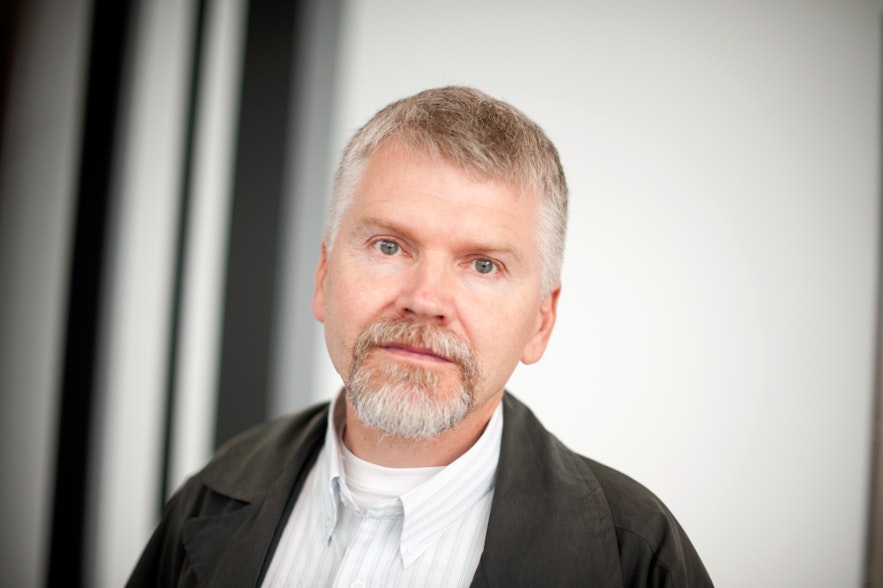 I am embarrassed to say that only over the past year or so have I started getting into poetry. A British education of slogging through Shakespeare’s sonnets and Edgar Allen Poe’s works put poetry and I at odds for a while, but I am very grateful that I reconnected (and have now started to appreciate the works that I used to dread analysing). This is largely because of the quality of poetry in Iceland.

To demonstrate the best, I could guide you towards the personal, edgy works of Einar Már Guðmundson, or the historic ‘Skaldic poems’ for their unique forms and subjects. Gyrðir Elíasson’s works speak to me more personally, however, due to the way in which they merge the Romantic tone of comparing love and nature, with a contemporary view of humankind's relationship with the environment. 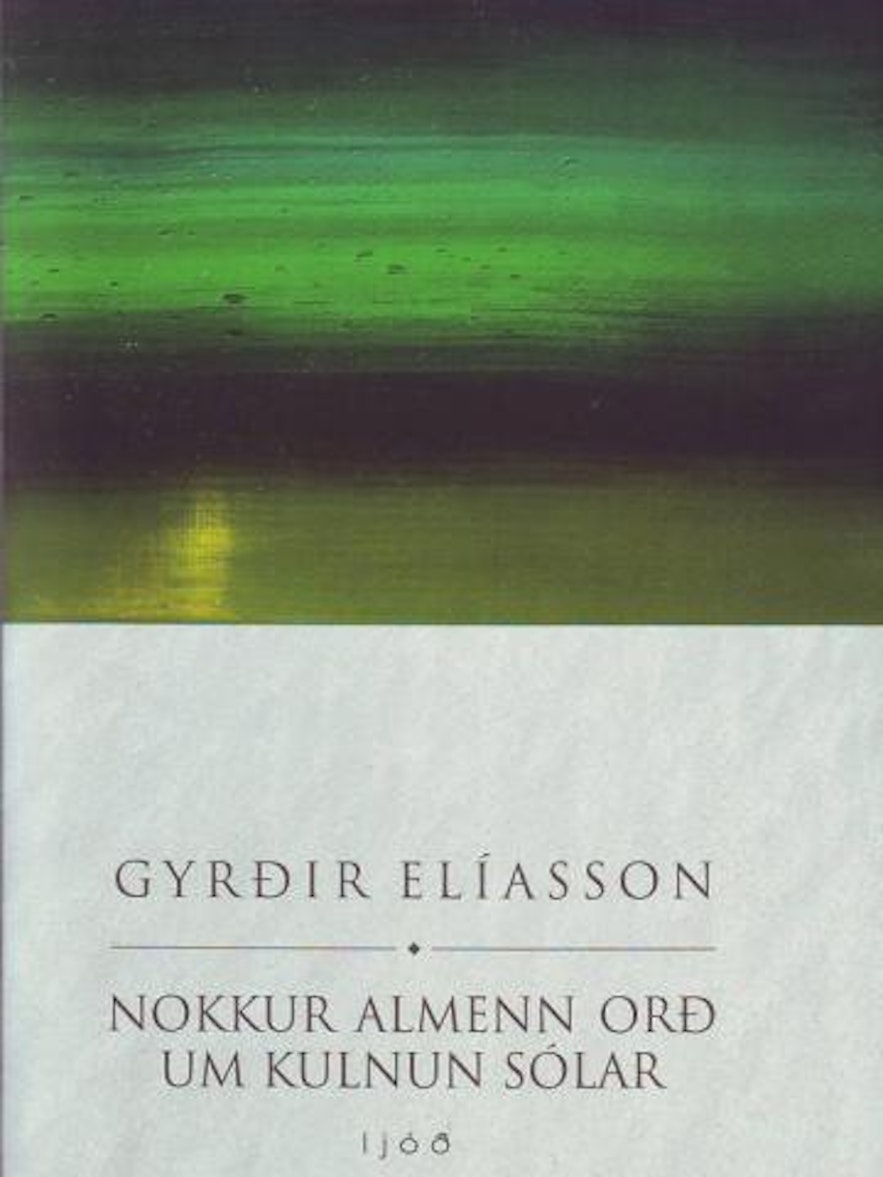 Icelanders have a deep and enduring relationship with their landscapes, and a long-held understanding of the isolation that came with living on far-flung farms, often blocked in by snow for months at a time, throughout most of their history. Combining these elements with the isolation of modern and urban living, and the increasing distance between man and nature, allows for beautiful poetry to emerge.

The main reason why Gyrðir Elíasson is my personal favourite, however, is the fact that his thought-provoking and often sad pictures are edged with a dark humour and satire. This never takes away from his messages, however; it only helps to colour them. 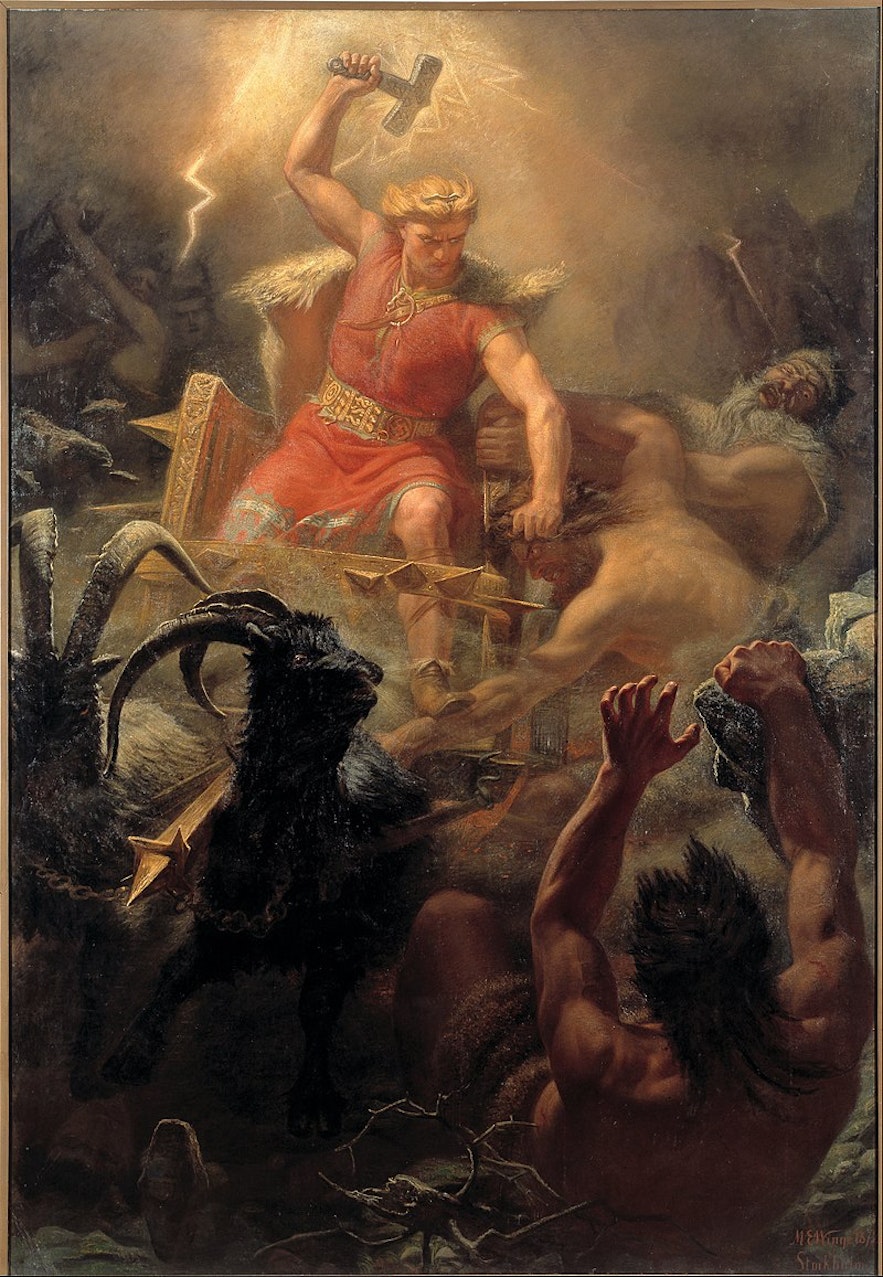 Edda is one of the most important pieces of medieval literature in the world, detailing the stories, concepts and prophecies of the Old Norse religion, Ásatrú. It was written by the legendary Icelandic poet, historian, writer and chieftain, Snorri Sturluson, without whom we would have very little knowledge of northern European life of the era.

While the most valuable of his works to historians is Heimskringla, which detailed the lineages of many kings across Scandinavia and Europe, the Edda still has immeasurable value. Though its age and the fact it is a ‘bible’ of sorts may lead you to believe that it would be quite a laborious read, it is, in fact, remarkably comprehensible and straightforward. 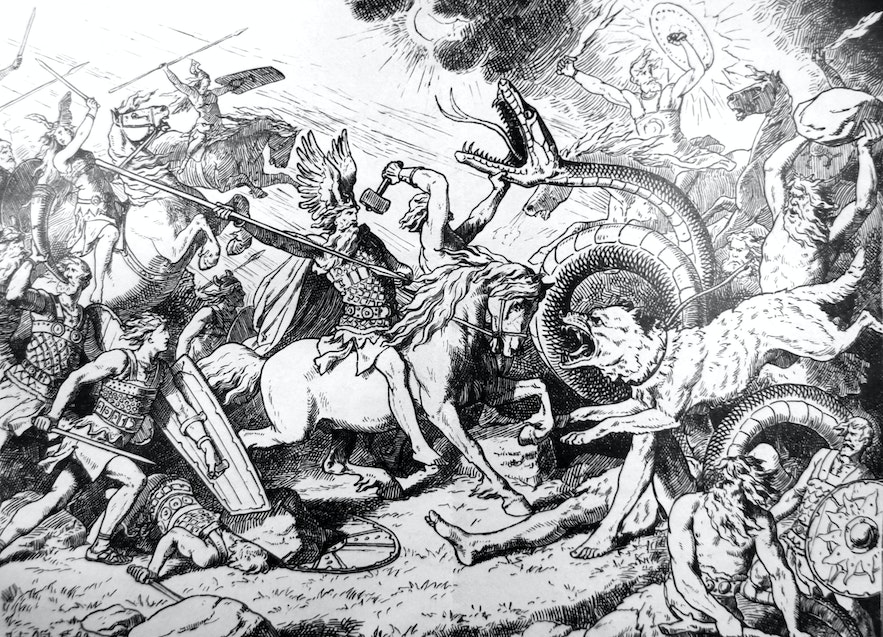 Not only that, but it is fascinating and beautifully detailed. Its tales and characters are a clear inspiration for later fantasy epics such as Lord of the Rings and Game of Thrones; many of the scenes are epic and awe-inspiring, painting fantastical images in the mind of the reader. With giants dominating the beginning of time, deities intervening the world of people, hidden planes of existence, terrible monsters, and a prophecy of doom, it will certainly keep you entertained from page to page.

More than just the Edda itself, I have to recommend a version that comes with pictures of art that have been inspired by the work; many versions come like this. From the time of its compilation to now, many incredible painters have illustrated the epic scenes and characters, from the Valkyries to the Ragnarök: The End Times. 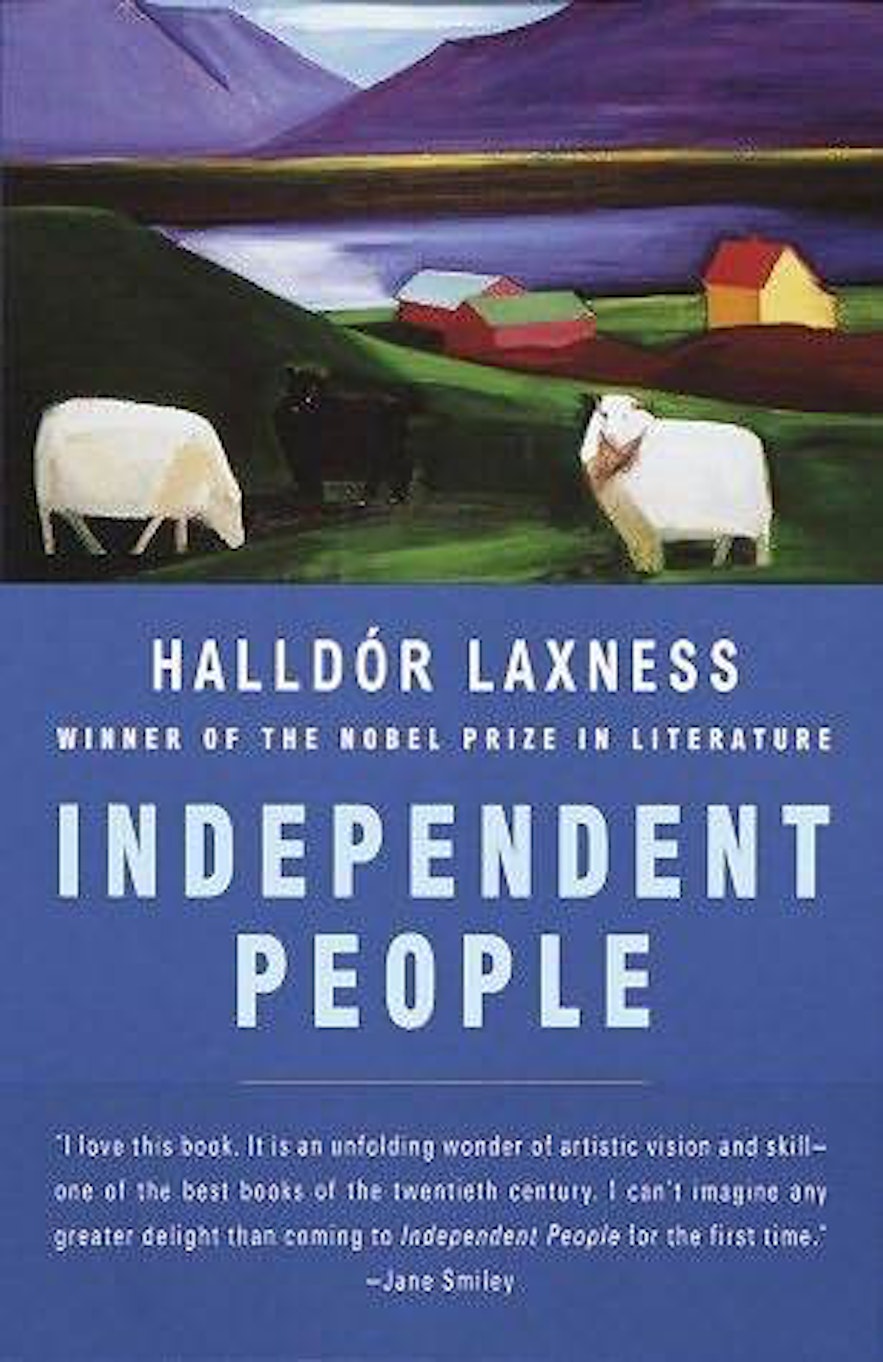 The final novel on my list is not just my favourite, but the most internationally acclaimed Icelandic novel ever: Independent People, by Halldór Laxness. It is a work that helped propel Iceland further onto the international map, as it is credited as Laxness’ best work and the primary reason he won Iceland’s only Nobel Prize, for literature in 1955.

Set from the turn of the 20th Century until the period following World War One, it encapsulates Iceland at one of its most defining times: its modernisation and industrialisation. The story is centred on Bjartur of Summerhouses, who, in his attempt to free himself from the bondage of debt on a farm he can finally call his own, leads his family through a life of hardship, brutality, oppression and tragedy. 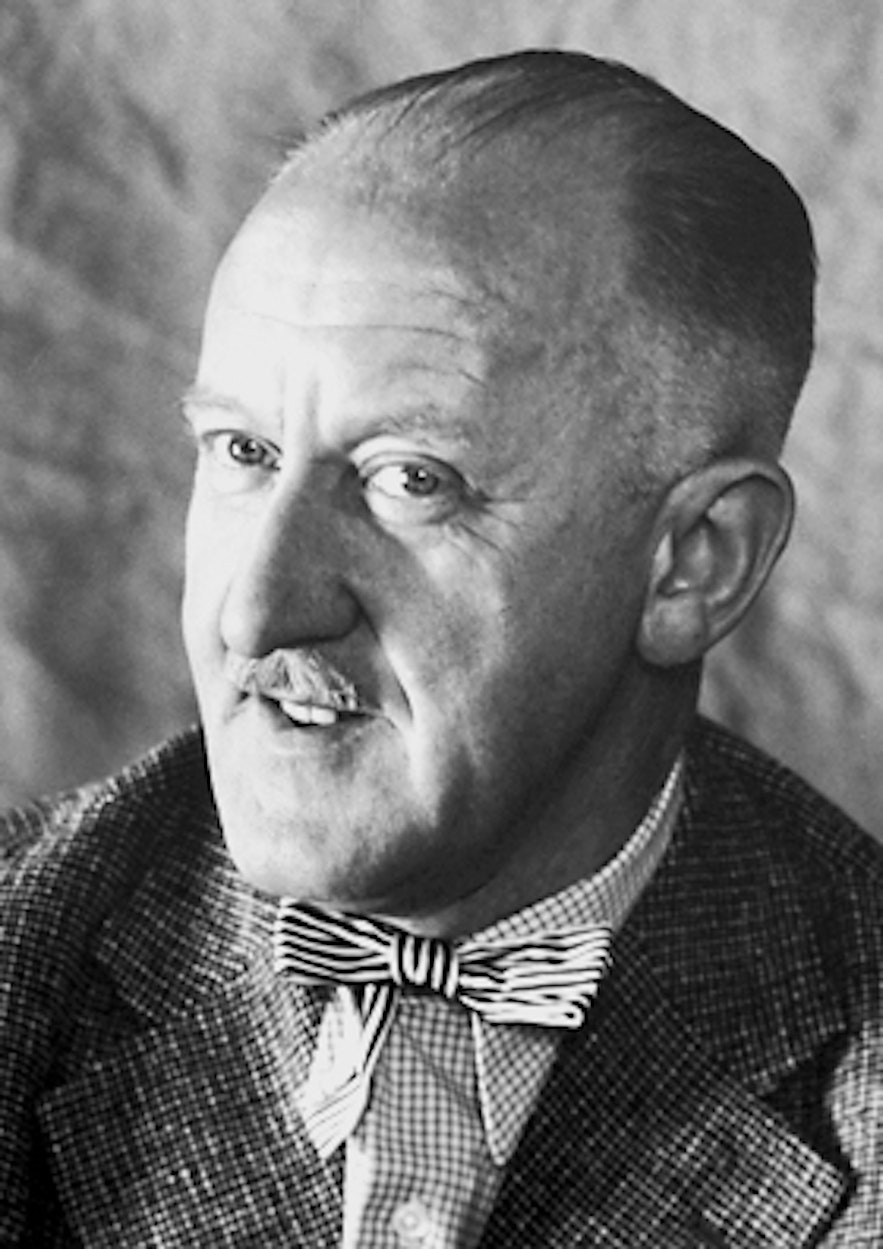 Photo from Wikimedia, Creative Commons, by the Nobel Foundation

The contrasts between rural Iceland and the modern world, a love of nature against a need for development, financial independence versus actual liberty, and the national ideal of independence against a growing movement for co-operation, help define the book and illustrate the challenges Icelanders went through in this period.

The story is not just character driven and defined by historical events; it also explores traditional Icelandic folklore and poetry. Independent People is thus more than just a novel; it is an honest, sometimes callous and sometimes heartwarming insight into this nation’s soul. 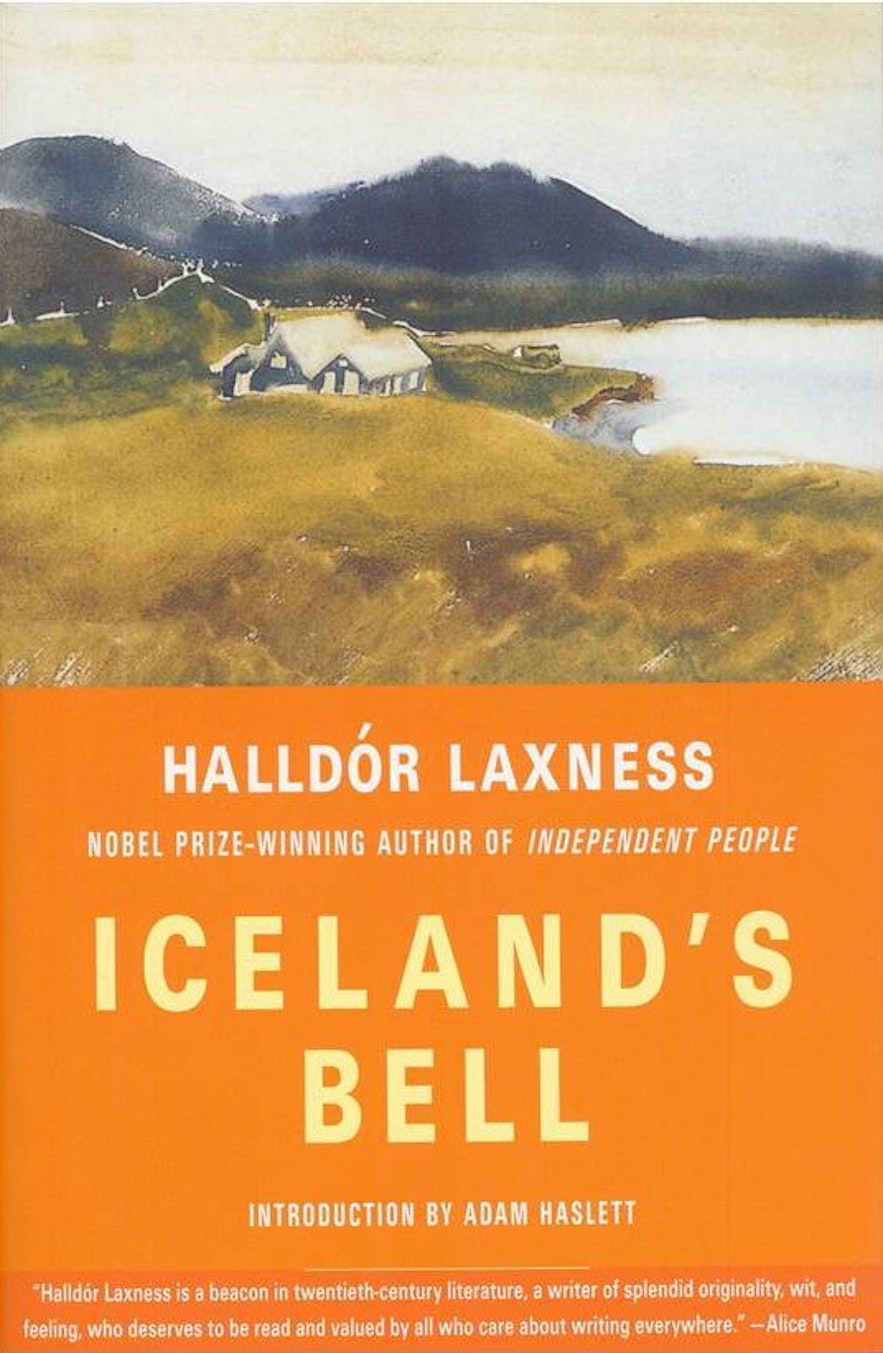 Although best remembered for Independent People, Laxness wrote many poems, essays, memoirs, plays and other novels throughout his career, which spanned nearly eighty years. Considering this was through the vast majority of the twentieth century, each work differently represents its times.

While his writing style was poetic and compelling throughout, Laxness himself went through many changes in religion and political leanings, and these are reflected in his many works. 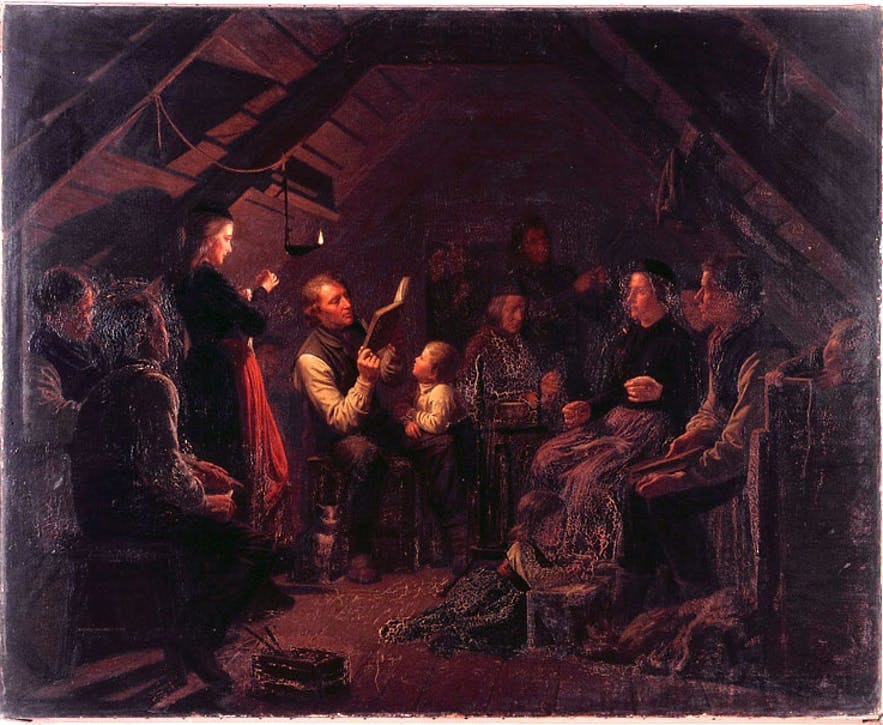 The list above references only my personal favourites, and those in particular that are recommended to those new to Icelandic literature and culture. As mentioned, there are thousands of Icelandic novels that have been translated, and considering the literary traditions of the nation, you can be guaranteed that most of them will be well worth the read.

If you are seeking something much lighter than a full novel or collection of poetry, then I have thoroughly enjoyed the little guides to Iceland by Alda Sigmundsdóttir, such as ‘The Little Book of Icelanders’ and ‘The Little Book of Icelanders in the Old Days’. They are easy to read, whimsical, witty, and very informative; they also have a modern voice when it comes to things like Icelanders believing in elves, helping add a contemporary opinion to classic tales. 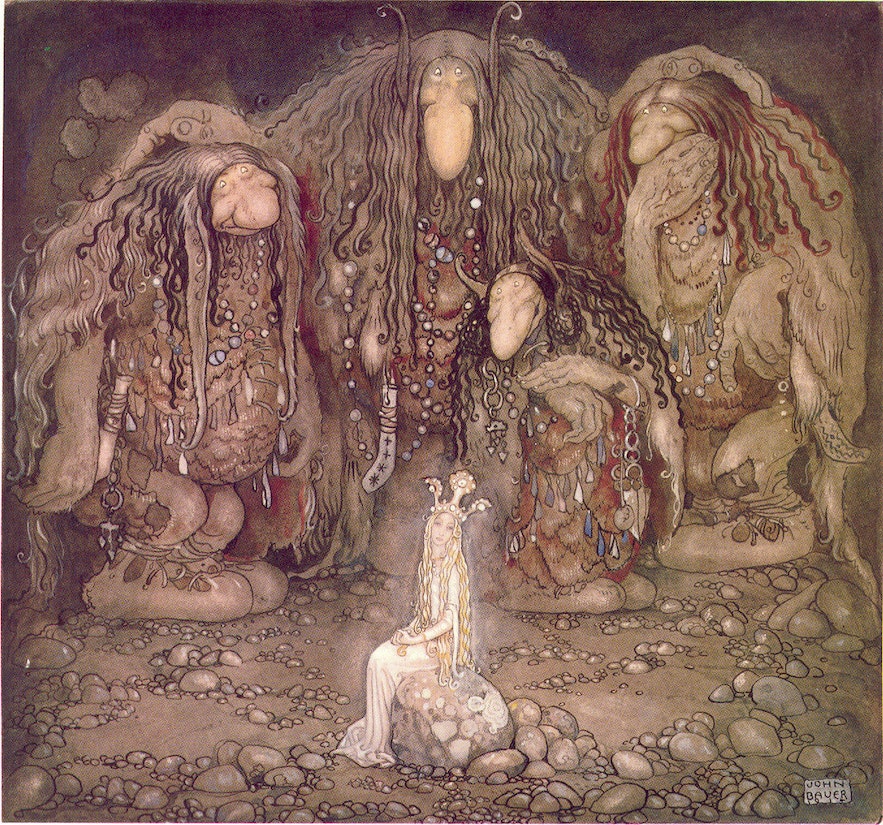 Another recommendation I have is for any collection of Icelandic folk and fairy tales. I was a tour guide for my first two and a half years in Iceland, and the stories I learnt from them got me through many a quiet group and long drive. Not only will they tell you all about Iceland’s folk characters such as the trolls, elves, and fairies, but the often disturbing lessons you can draw from them tell the reader a lot about Iceland’s conservative, Christian society of old.

Of course, this list is only at its beginnings; Icelandic literature has hooked me, and I only plan to read more. Other than Yrsa Sigurðardóttir’s series, I have ‘101 Reykjavík’, ‘Iceland’s Bell’ and ‘Angels of the Universe’ on my to-read list, based on multiple recommendations.