The Best Places in Iceland to Spot Puffins

The puffin is a brave and beautiful bird and many visitors flock to Iceland in hopes of seeing this noble creature. Which begs the questions, where are the best places in Iceland to spot puffins? Read on for more information about the hottest puffin spots in Iceland.

Puffins spend the winter in the cold waters of the North Atlantic, returning to land in the spring to breed. The puffins usually return to land in early May, flying back out to sea in the late August or early September. The last puffins fly out to sea in early October.

You can find puffin colonies along the coast of Iceland, but there are a few places where you have an especially good chance of spotting this colourful bird.

Ísafjarðardjúp bay with its deep and dramatic fjords is home to numerous puffin colonies. The small island Vigur in the bay is also a great place to go puffin watching. It is only when you get out on the water that it is possible to enjoy the full beauty of the bay.

Grímsey is Iceland´'s northernmost settlement, located 40 km (25 miles) off the north coast, straddling the Arctic Circle. The island, which has a population of just 90 people, is connected to the mainland by a ferry and by air. Grímsey has large colonies of seabirds, including puffins. 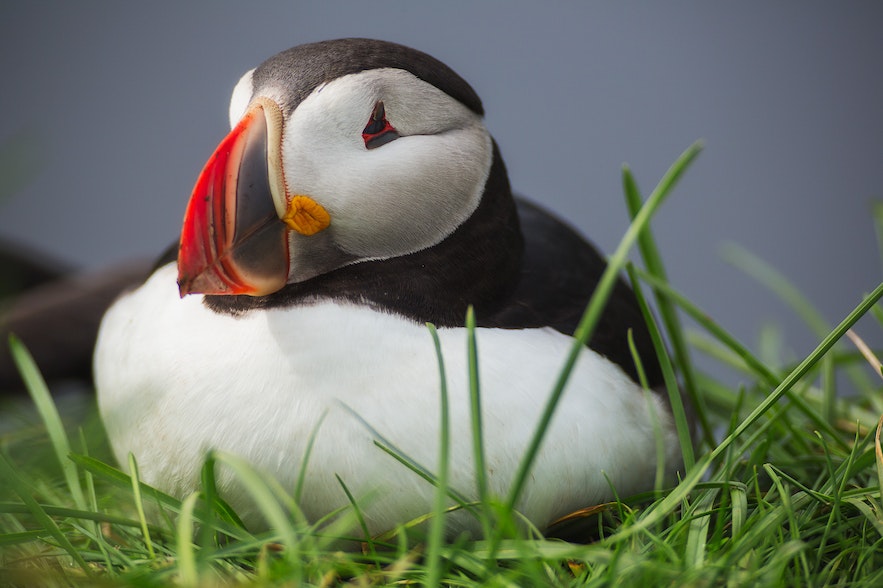 The islands of Skjálfandi and the coast of Tjörnes peninsula to the north of the picturesque town of Húsavík are home to numerous puffin colonies. The charming fishing town of Húsavík can also be found in Skjálfandi Bay which is often called the "Whale Watching Capital of Iceland". These northerly shores are home to over twenty whale and dolphin species and its possible to spot both on the same boat tours in the summer. Check out tours here.

A small, remote village, Borgarfjörður eystri  (also called Bakkargerði), offers the best opportunity anywhere in Iceland to get up-close-and-personal with puffins. A viewing deck by the harbour, overlooking Hafnarhólmi peninsula allows a rare view of the countless seabirds who nest in the cliffs. 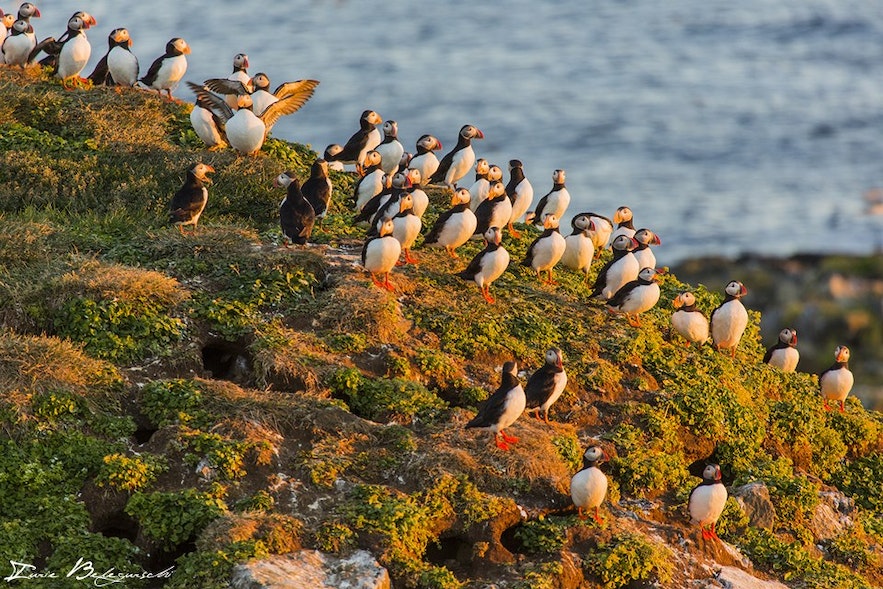 Anywhere that you can find ocean cliffs along the South Coast, you can find puffin colonies. Ingólfshöfði is a cape and Nature Reserve just south of Öræfajökull glacier where you are guaranteed to find puffins in the summer. The cliffs of Mt. Reynisfjall and Dýrhólaey peninsula on the black sand beaches near Vík í Mýrdal are also home to large puffin colonies.

The Westman Islands as they are called in English is an island archipelago and home to the largest puffin colony in Iceland. Nearly a quarter of the total puffin population of the world nests in the islands. You can get to Vestmannaeyjar by air or ferry from Landeyjarhöfn, near Seljalandsfoss waterfall in south Iceland. 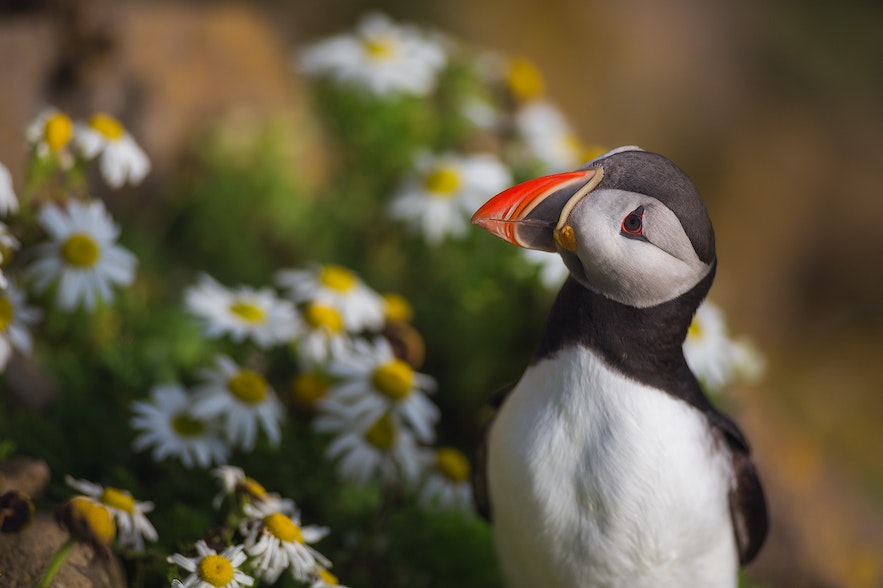 As well as being home to our capital, Reykjavík, Faxaflói Bay contains a number of islands; two of which accommodate large puffin colonies.  Akurey and Lundey (which translates to 'puffin island') are home to tens of thousands of puffins. Numerous companies offer sightseeing tours or combined whale and puffin watching tours from the old harbour in Reykjavík.

The second most important puffin habitat in Iceland, Breiðafjörður, separates the Snæfellsnes and Westfjords peninsulas. The countless islands and skerries of the bay are home to large seabird colonies, including puffins. You can take sightseeing tours from the town of Stykkishólmur, or take a ferry across the bay.