Icelanders love beer. In recent year, the national brewing industry has exploded with more and more independent breweries popping up all over the country. Where can you find Icelandic breweries and what kind of beer can you find in Iceland?

For all you beer enthusiasts, I have compiled a comprehensive list of the breweries to be found around Iceland. What better way to embrace the local culture than to imbibe one of their favourite beverages? So, if you are driving across Iceland, or simply stuck for choice at a craft beer bar in Reykjavík, here is an introduction to Icelandic breweries by location.

If you are the beer lover then Reykjavik is the right place for you to enjoy your favourite tipple. There are plenty of pubs with craft beer and some bars have their own microbreweries. To explore Icelandic beer culture quickly you may join Reykjavik Beer Tour or Cheers to Reykjavik beer tour.

It may take a few evenings if you want to dive deeper into Reykjavik´'s beer scene. There are many specialist craft beer bars around town that are home to a multitude of local beers on tap. These include Micro Bar, Skúli Craft Bar, Ölstofa Kormáks og Skjaldar and the newly opened, BrewDog bar.

Located in the city centre, Ægisgarður, Bastarður Brew Pub, and Bryggjan Brugghús all have their own breweries and offer tasty beer tours. Björgarðurinn at the Fosshotel Reykjavik has the greatest selection of draft and bottled beer in Reykjavik.

It is really difficult to recommend just one of them, but I mostly prefer Skúli Craft Bar and Micro Bar. 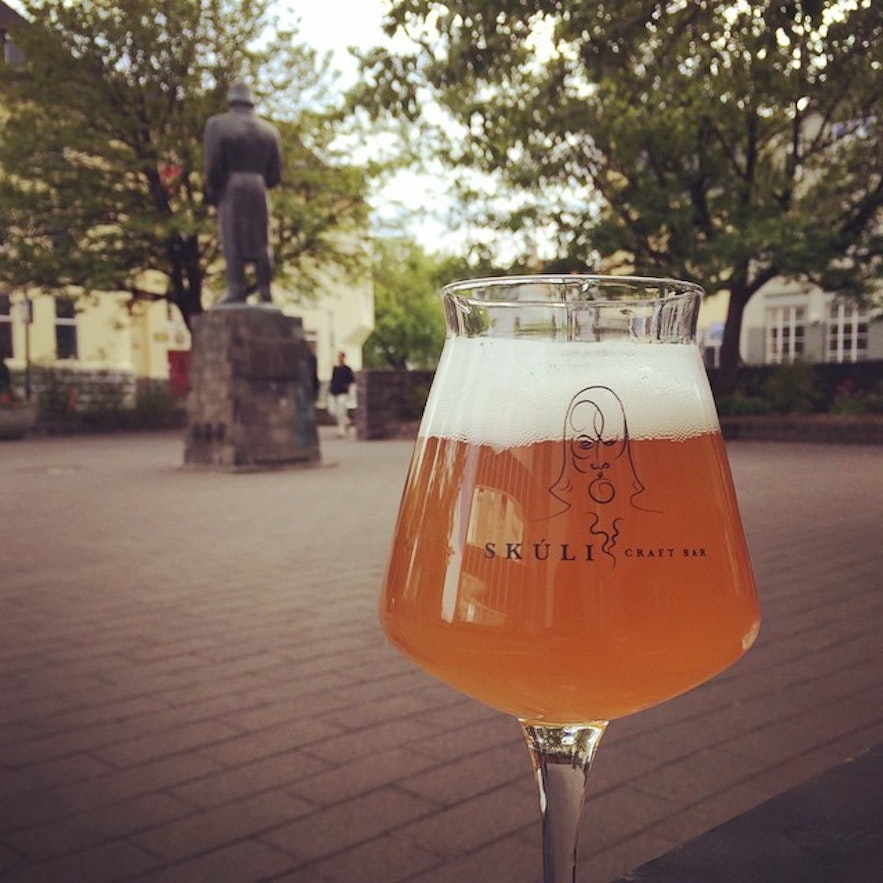 Ok, let´s go out of Reykjavik and discover beer production outside of the Capital Area.

You will find a local brewery in almost every municipality throughout South Iceland.

Ölverk in Hveragerði. This is one of a kind microbrewery in Iceland; they use geothermal power for beer production and also serve delicious stone baked pizzas. But don't worry, the beer doesn't have the eggy, sulphurous smell that accompanies hot water in Iceland.

Ölvisholt in the Selfoss area. Ten years ago an old dairy farm became a brewery and since they have been producing some top-notch quality ales. If you do go visit, you must try one of my favourites, the Skaði Farmhouse Ale as well as their hugely successful Lava Imperial Stout.

Brothers Brewery in Vestmannaeyjar. The Westman Islands is the perfect destination to spend a day or two enjoying island nature, volcanic landscapes,  delicious seafood and the sea. As well as sampling the local beer, you could also take a ride on a RIB boat and try to spot some puffins.

Even without a beer, this is one of my favourite places in Iceland, especially in the summertime. You will fall in love with the Westman Islands and Brothers Brewery´s beer will surely become your romantic nectar in this sweet love story.

Smiðjan Brugghús in Vík í Mýrdal. Not actually a brewery but burger pub with a smart selection of local craft beers. Vik is the southernmost village of Iceland where every tourist stops for the fuel, food, toilet facilities or a night's stay. So if you spend a night in Vik take your chance and visit Smiðjan for pint or two. 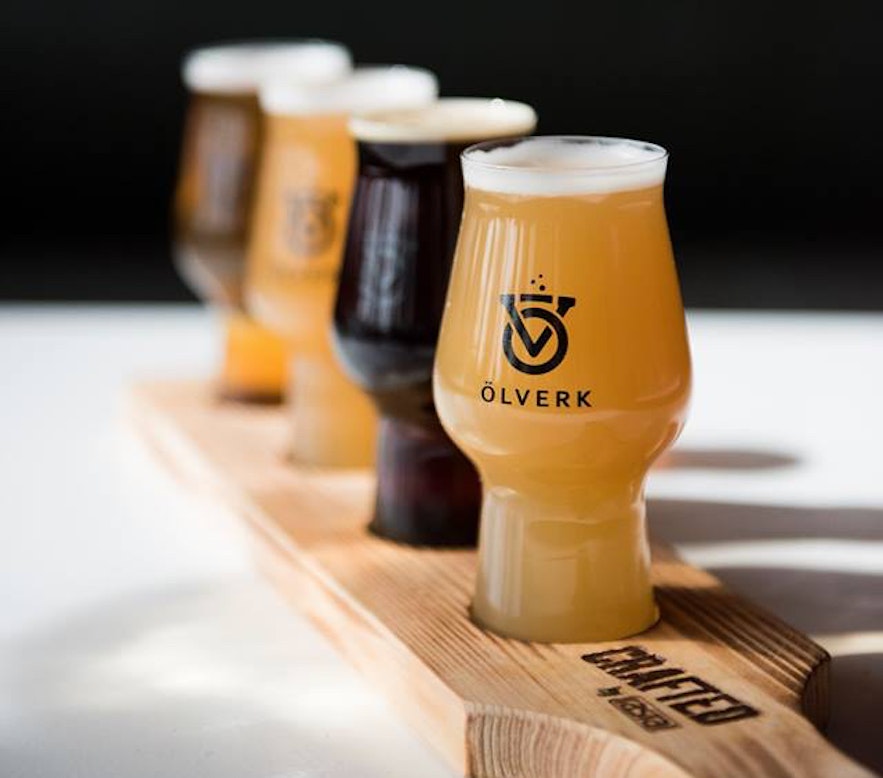 Beljandi (the name for 'cow' in Icelandic) in Breiðdalsvík. Ok, so we've already had a brewery in a converted dairy; this next establishment is located in an old slaughterhouse but don't worry, there's no blood, just delicious beer.

Askur Taproom in Egilsstaðir. Brewery fever has come to the far East of Iceland. Except for the usual beer sorts Askur Taproom produces spiced herbed beer, Japanese rice lager and even Kölsch. The latter is a hybrid of ale and beer and a must-try if you go to visit. 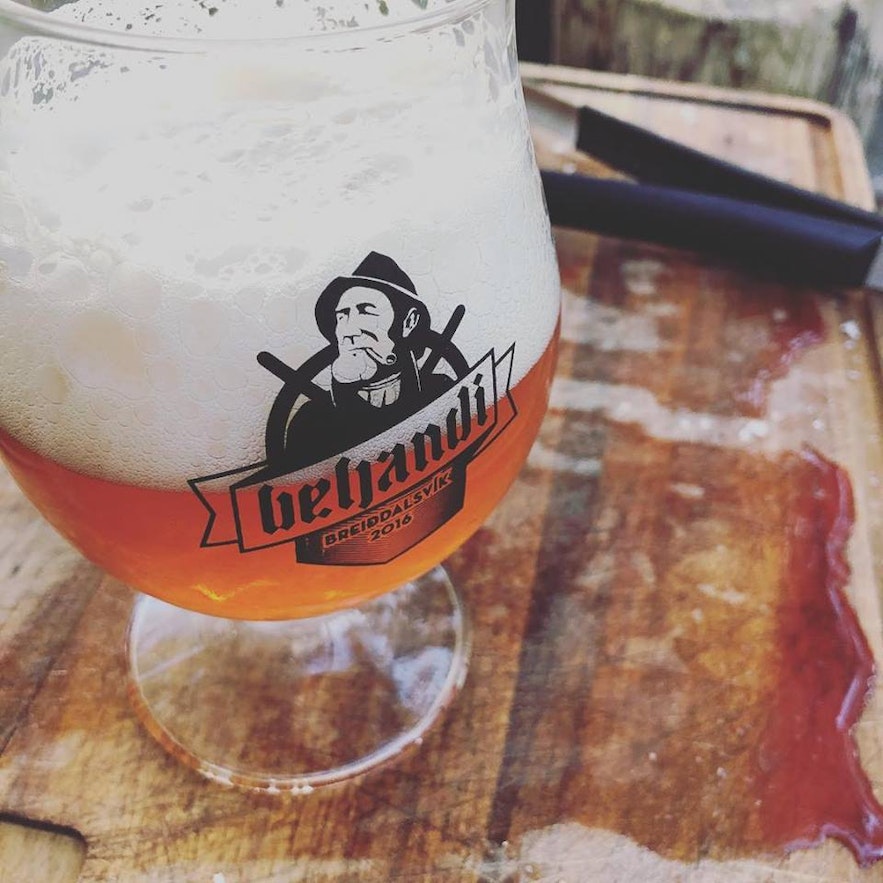 Bruggsmiðjan Kaldi in Árskógssandur. Kaldi is not a small microbrewery, in fact, it is a major competitor in the mass-market, challenging mainstream beers such as Viking by Vifilfell and Gull by Ölgerðin.

No other beer manufacturer in Iceland offers the unique opportunity to take a bath in beer. Kaldi beer from tap to the tub! It´s a real Beer Spa when you can drink, soak, relax, drink again and then realize that Blue Lagoon has a great competitor. Don't worry, you don't have to drink your bath beer; every tub has a draft tap nearby so you can top up with a cold one. 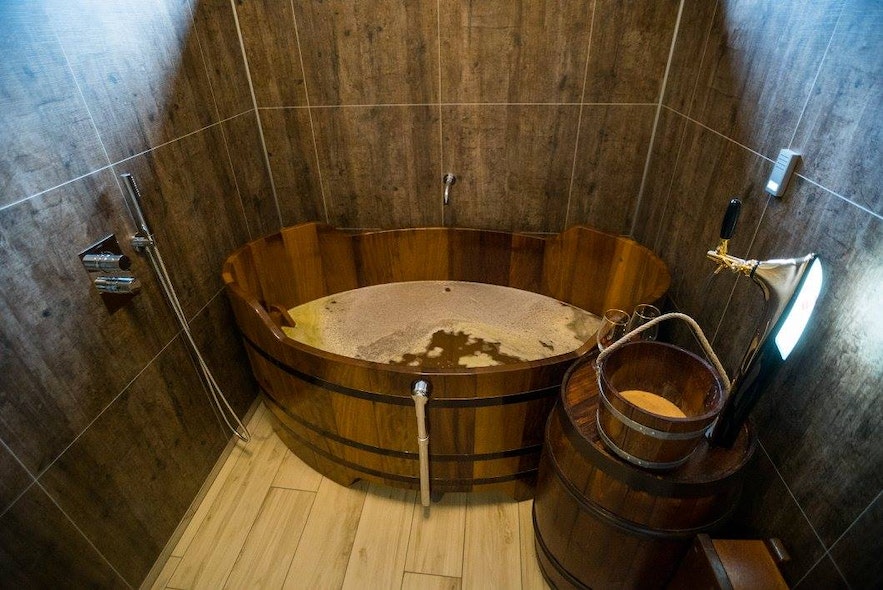 Steðji Brugghús in Borgarfjörður area. Undoubtedly, this is one of the strangest breweries in Iceland as they offer specialities such as beer made from whales' testicles. Don't let that put you off though, they also have scrumptious flavours such as Strawberry beer and other tasty ales.

Dagbjartur, the brewery's owner, once treated me to a smoked beer straight from the barrel which is definitely a bonus of visiting the brewery itself. Now they have a spacious testing room and an even greater selection of odd beer. Steðji's Northern Lights Beer is very popular around Iceland and it is available nationwide in liquor stores and in the duty-free store at Keflavík International Airport. But, if you want to sample their selection in full, you will have to visit this microbrewery in the middle of nowhere on the way from Borgarnes to Hraunfossar and Barnafoss waterfalls. 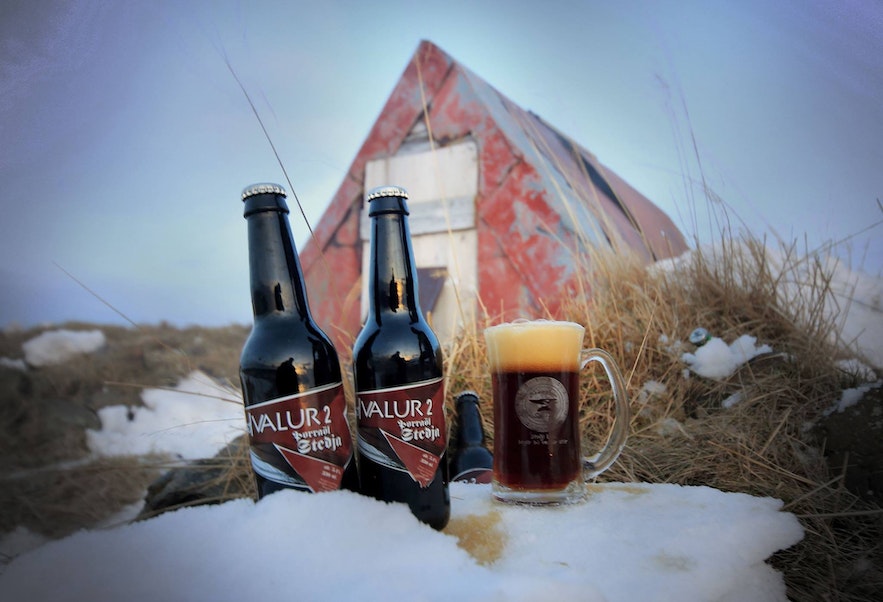 Do you know more breweries outside Reykjavik? Please leave a comment and I will add the list. Skál!