You might also notice that the beach is either called Rauðisandur or Rauðasandur, but either of these names is valid a local told me. I prefer the name Rauðasandur and have seen it marked like this on old maps. The sand changes in colour from being yellow to red to black.

The roads in this part of the Westfjords are not paved. The road leading to Rauðasandur is a gravel road, winding and steep so drive it slowly. Some call it the most frightening road in the Westfjords, but to me, it looks ok, just very winding.

I have on the other hand driven on the most dangerous road in the Westfjords! See my travel-blog: 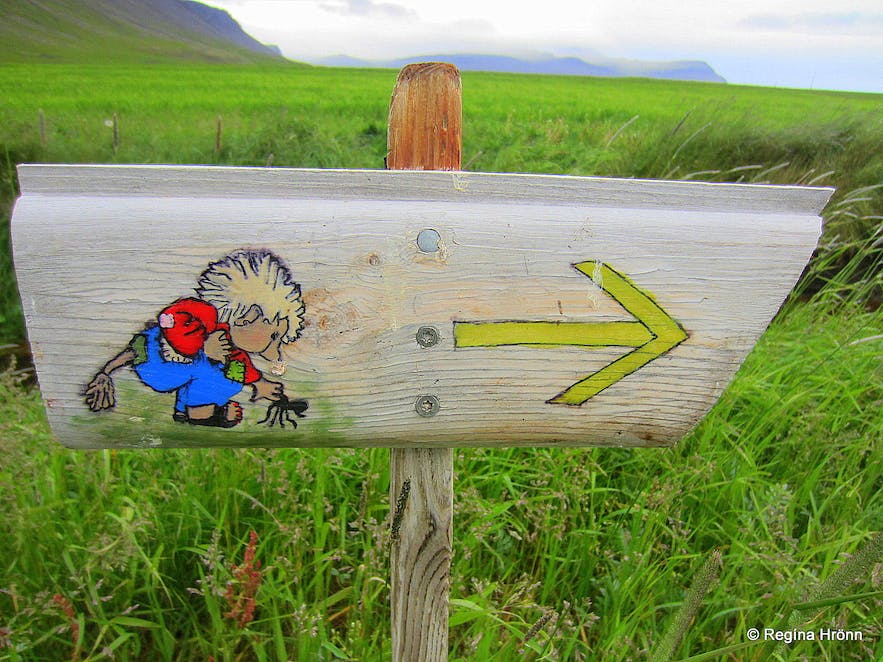 Once down the mountain, Rauðasandur can be reached from both the right-hand side and the left-hand side, where there is a camping area. There is a couple of km's drive and the car can be parked in a small parking lot. 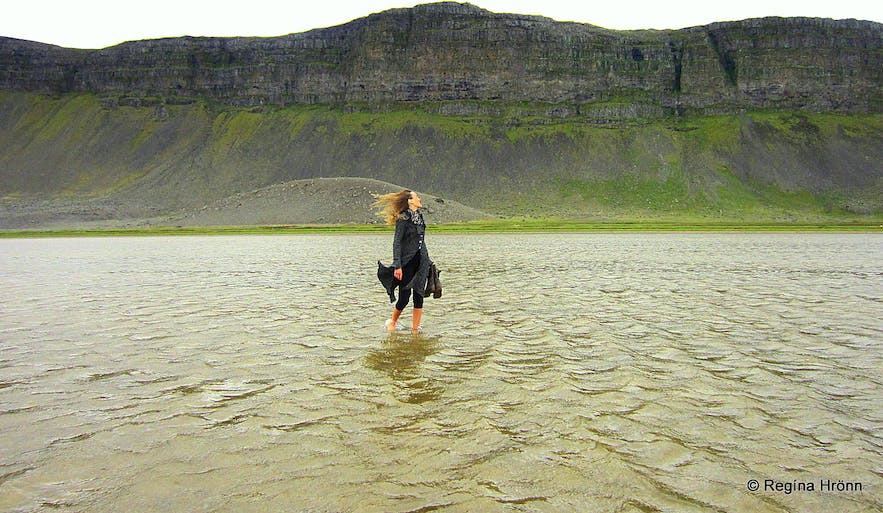 The man was the farmer in this area and had been to the beach to collect whale bones from a whale that had stranded on the beach 2 years earlier. His daughter made artwork from the whale bones. 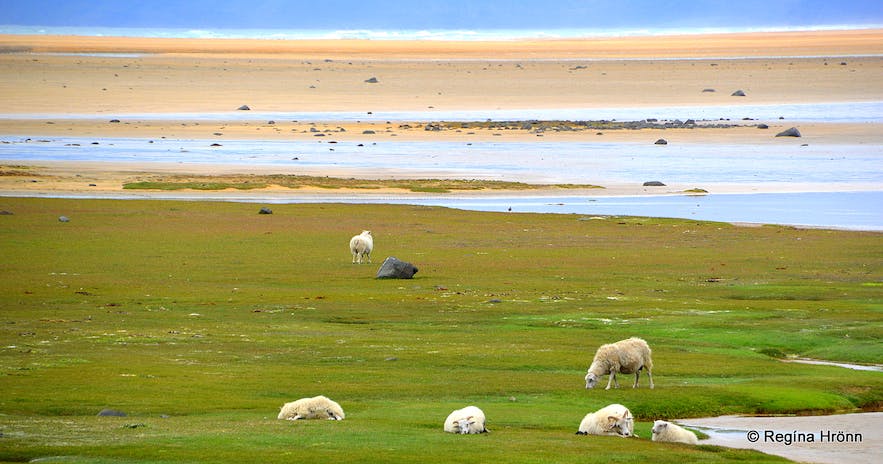 It is just lovely being here in the tranquillity and beautiful nature. And one can take beautiful photos here, given that the light is right. We also visited Rauðasandur from the camping site on the left-hand side when you come down the winding road. 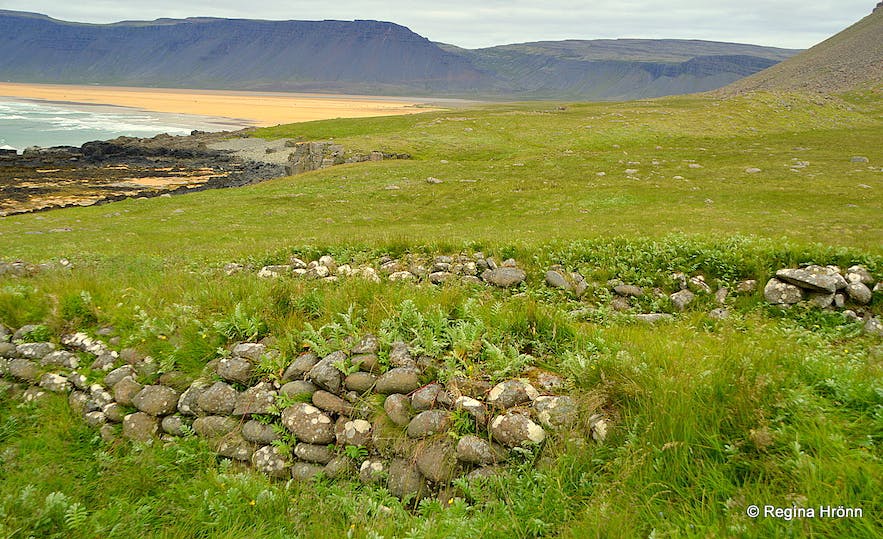 Ruins of the old turf farm

At the farm Sjöundá around the year 1800, there lived two married couples. Bjarni Bjarnason, the husband from one marriage and Steinunn Sveinsdóttir, the wife from the other marriage, had an affair. 10 children were involved in this tragedy, as Bjarni had 5 children and Steinunn also had 5 children, and they had 1 child together.

They ended up murdering their spouses, Jón Þorgrímsson and Guðrún Egilsdóttir in the year 1802. Or so it is believed. Guðrún died suddenly and the body of Jón was found in a bad state on Rauðasandur. Bjarni and Steinunn were placed under arrest and trialed for the murders.

They were found guilty and sentenced to death. They were put in prison in Reykjavík (which now houses Stjórnarráðið - the Cabinet of Iceland). No executioner was found so they were to be moved to Norway where they were to be executed.

Steinunn had a child in custody and died in prison in 1805 a few days prior to the departure to Norway. Bjarni was tortured and executed in 1805 in Norway. 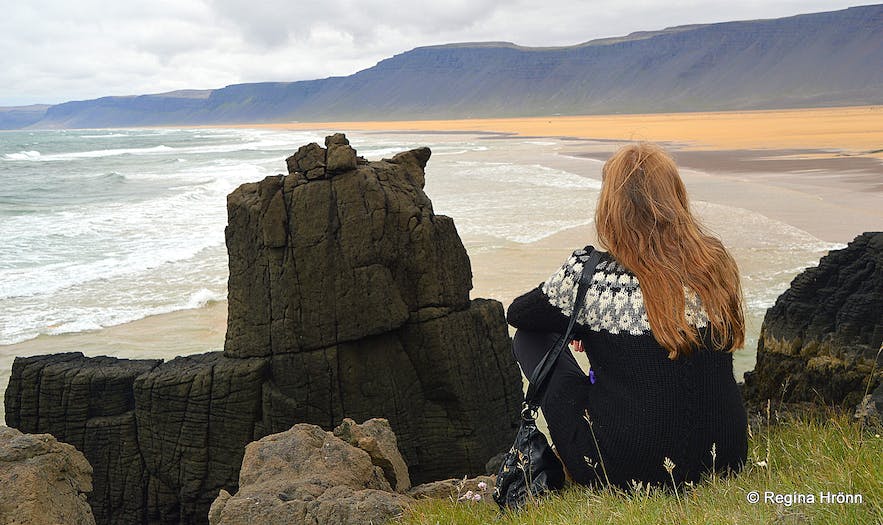 Having been found guilty of murder, she couldn't be buried in the holy ground in the cemetery so she was buried under a pile of rocks (dysjuð) behind where is now Hallgrímskirkja church, one of the landmarks of Reykjavík. This was by the thoroughfare out of the growing town and passers-by were urged to throw rocks onto the pile, which grew and grew.

Her grave was called Steinkudys, but dys is the Icelandic term for this kind of a grave.

When rocks were needed back in 1915 as a building material for the harbour, they were taken from the pile. When the body of Steinunn appeared it was almost intact - and there was a baby skeleton with her. That is how it was discovered that she had been pregnant when she died. When touched her body almost got turned into dust our tour guide told us. 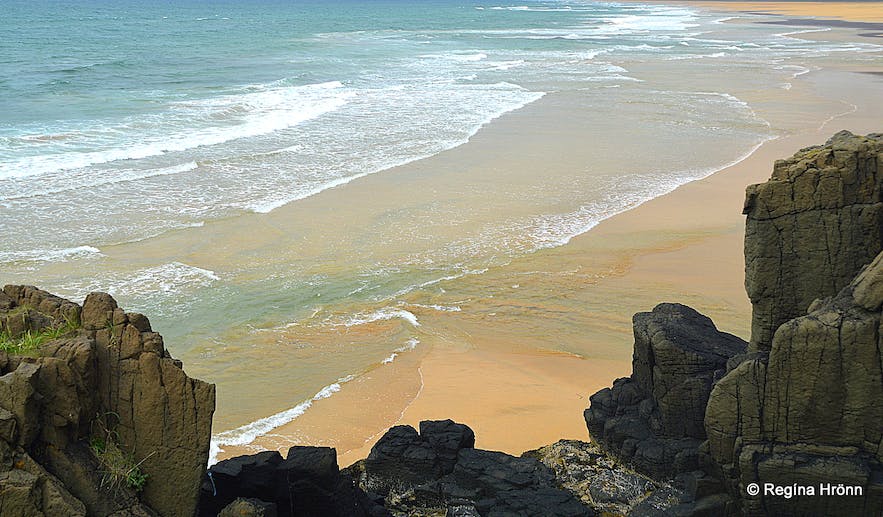 The Director of the National Museum ordered that the removal of the rock was immediately stopped and that the bones were taken and buried in an unmarked grave in Hólavallakirkjugarður cemetery in Reykjavík. The ministers of the Dómkirkjan church refused to take a part in her burial.

I visited her grave, as Hólavallakirkjugarður cemetery is also where my family plot is located. A stone-throw away from my family plot I found Steinunn's grave. 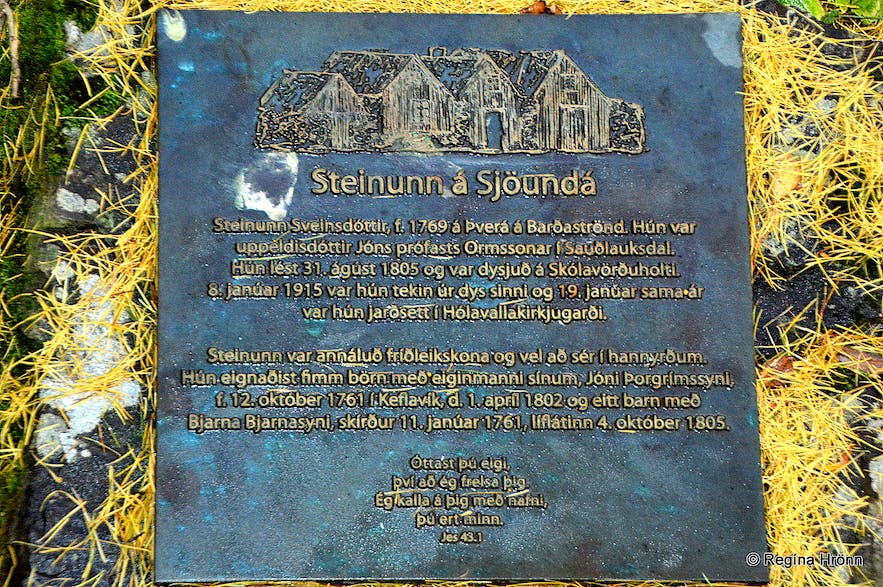 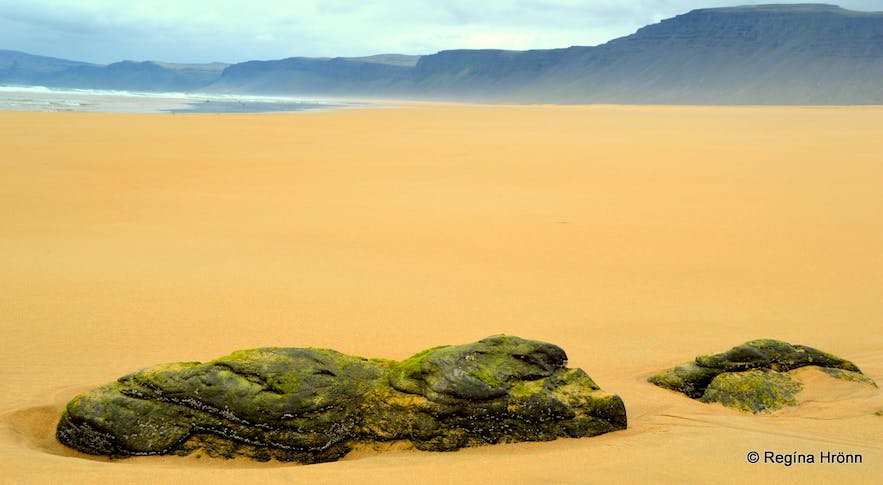 Bjarni's 5 children were put into foster care and tragically died after escaping. This is such a tragic but true story :(

This is also a historical place for Icelanders and all of us had to learn by heart a poem in school which is directly related to this area. It is a poem by our beloved poet, Matthías Jochumsson, about Eggert Ólafsson, who drowned in 1768 off the shore by Skor on the eastern part of Rauðasandur.

You can also rent a car  in Reykjavík and drive to Rauðasandur yourself, but the gravel road down to the beach is steep with some pretty steep turns as well, so it is not for everybody. 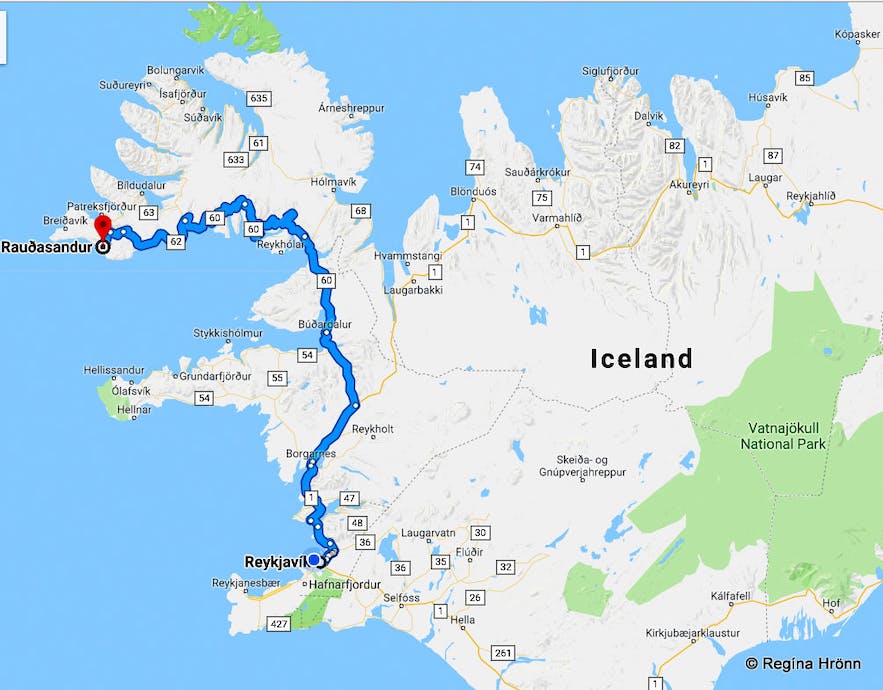 Here you can see the exact location of Rauðasandur on the map.