Þingeyrakirkja church is, in my opinion, one of the most beautiful churches in Iceland. It is located at Þingeyrar in North-Iceland by Húnafjörður bay.

Þingeyrakirkja church was consecrated in 1877 and is one of Iceland's few stone churches. The stone in the church was found in the Ásbjarnarnesbjörg, 8 km away from the church. 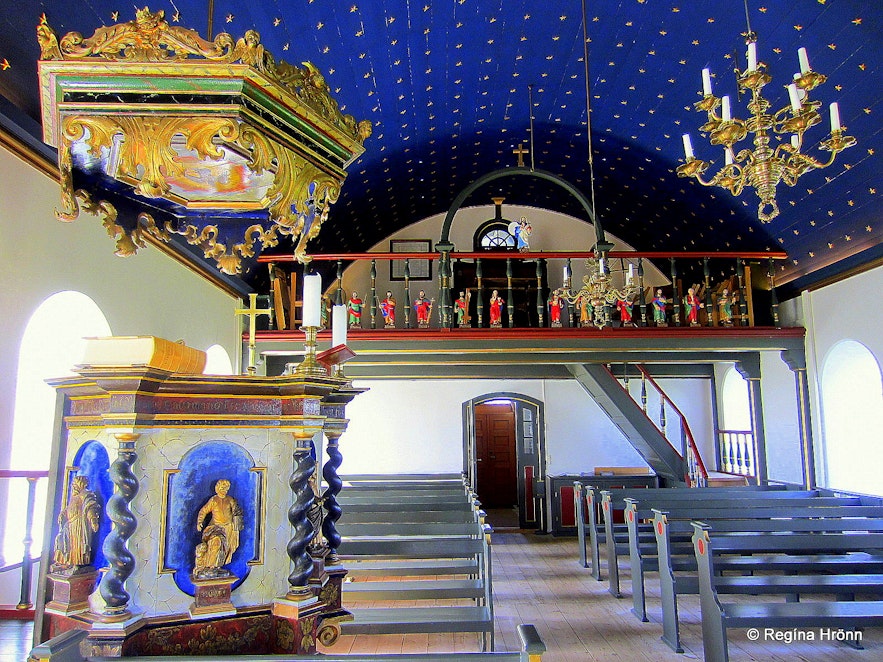 The walls of the stone church are 1 meter thick. It is so beautiful on the inside as well. It is well known for its ceiling, which is blue painted with some 1000 golden stars. Matching the number of stars in the beautiful ceiling are the windowpanes.

I came here especially with my mother to have a look at the stars on the ceiling, but we were in awe when we saw the other beautiful artifacts in the church. Most of our churches are Lutheran churches and they are not very ornate compared to other churches. 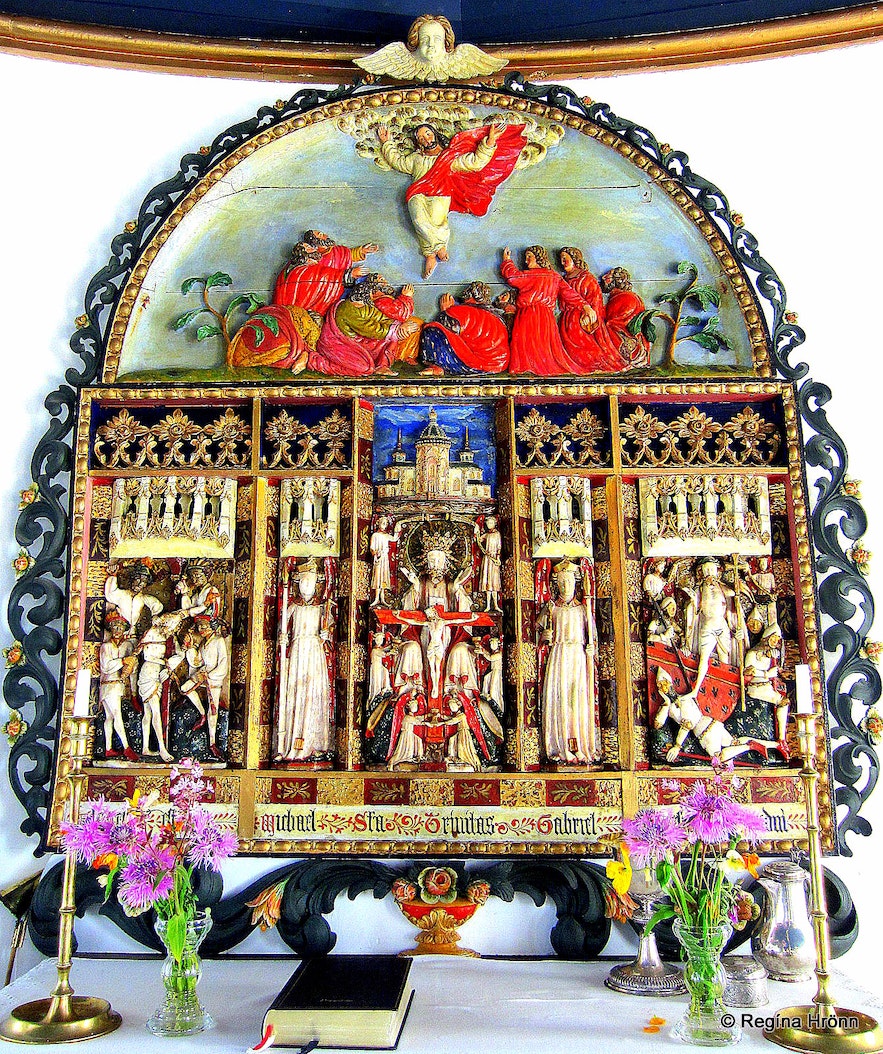 The beautiful altarpiece in Þingeyrakirkja

The altarpiece is the oldest artifact in the church, dating back to the 14th century. This is the only artifact left in the church from the Catholic period.

The pulpit is from the Netherlands and was donated to the church in 1696 by Lauritz Gottrup, who also donated several other beautiful artifacts to the church.

At Þingeyrar the first monastery in Iceland was erected in 1133. It stood here until the Reformation in 1550. Þingeyraklaustur monastery was well known for its literature, which was written down on parchment in the years 1100-1300.

Here many of the Sagas were written, but the Icelandic Sagas tell the story of the Vikings in Iceland. 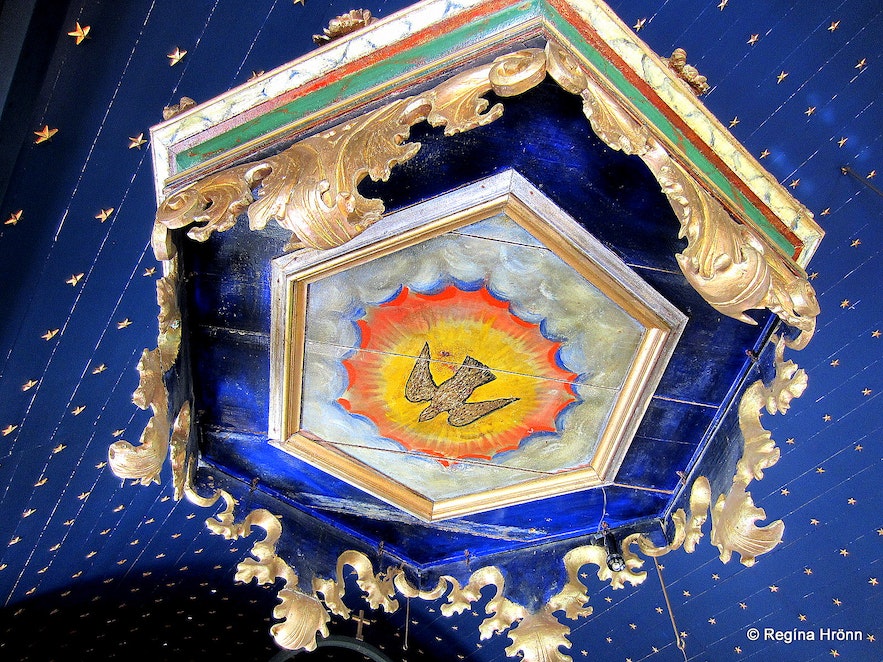 In the summer of 2018 archaeological digs took place at Þingeyrar and they reached the sedimentary strata from the 17th and 18th centuries. Here they have found a structure, which was erected on top of the old church, which seems to have been a lot bigger than the current stone church. The structure found might have been used for human habitation.

In a refuse dump, a beautiful chalk pipe was found with a carved head of a man. It will be interesting to see what further excavations will reveal about this historic place. 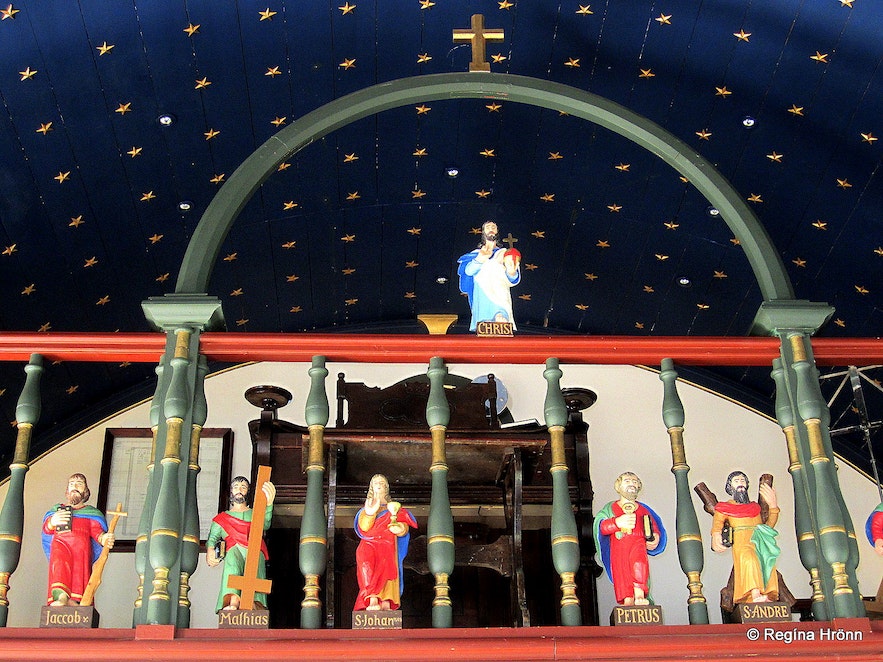 The Bishop of Hólar, Jón Ögmundarson, 1106-1121, made a pledge that he would erect a church and a manor here if the famine in Iceland would stop. The famine stopped and the bishop kept his promise.

At Þingeyrar one of the biggest manors in Iceland was erected, where Chieftains resided. So this was quite an important place in Iceland's history.

Þingeyrar derives its name from "Þing-" meaning Parliament, as legislative assemblies were held here in Húnaþing during the Commonwealth Period from 930-1264. 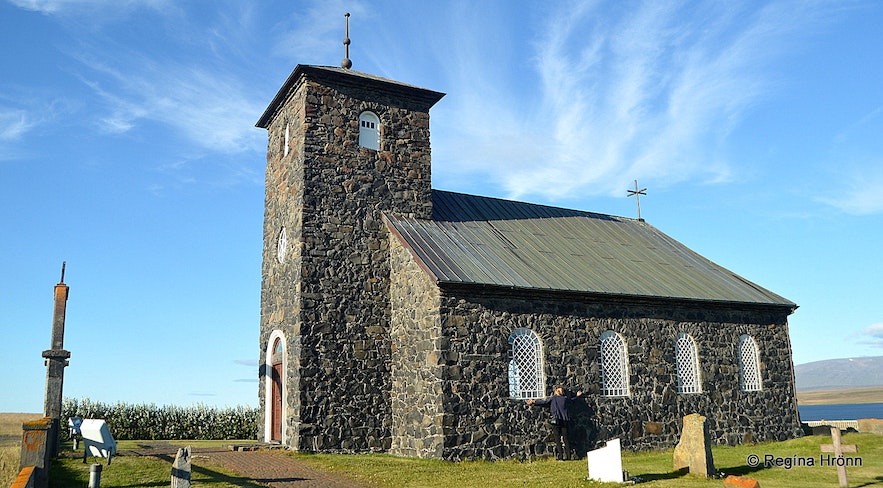 Here in Vatnsdalur valley, the Vatnsdæla Saga took place. Vatnsdæla Saga was most probably written in 1270 in the monastery at Þingeyrar and tells the story of the people living in this part of Iceland. 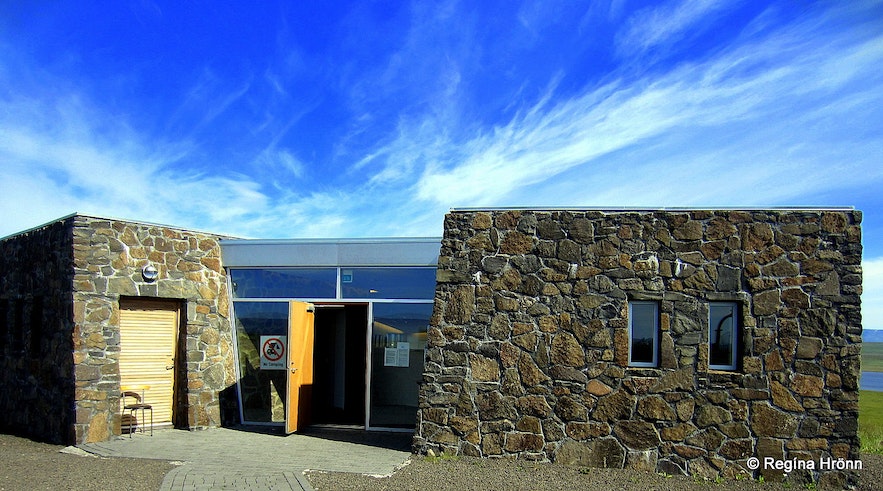 On the walls of the Visitor Centre are drawings from the Saga, which took place here in Vatnsdalur valley, Vatnsdæla Saga. I bought here a very good map, the Vatnsdæla Saga Heritage Map.

At the Visitor Centre, you will find a replica of Flateyjarbók, the Flatey Book, which is the largest and most impressive of all Icelandic manuscripts dating back to the Middle Ages, written in around 1387-1394. It mostly tells the story of the Norwegian kings. 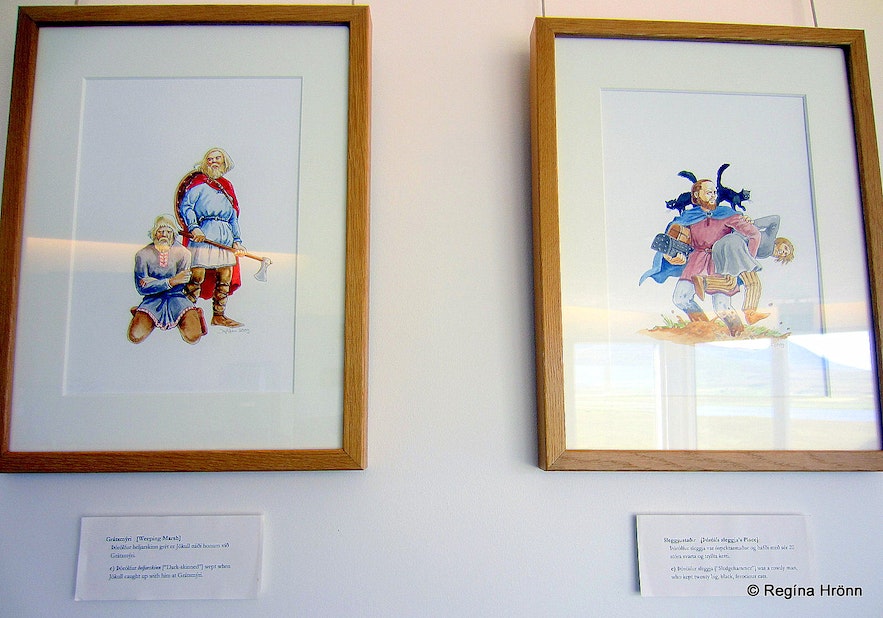 The Visitor Centre at Þingeyrar and Þingeyrakirkja church are open in the summertime from June 1st - August 31st from 10:00-17:00.

Too many people drive by without knowing about this extraordinary church.

I find this church to be one of the most beautiful churches in Iceland, so making the detour from ring-road 1 to have a look at this historic church is well worth it.

To visit Þingeyrakirkja church coming from Reykjavík you can rent a car  and drive north on ring-road one, turn left on road 721 and drive for 6 km.

It is located midway between the towns Blönduós and Hvammstangi and can be seen from the road in the distance. 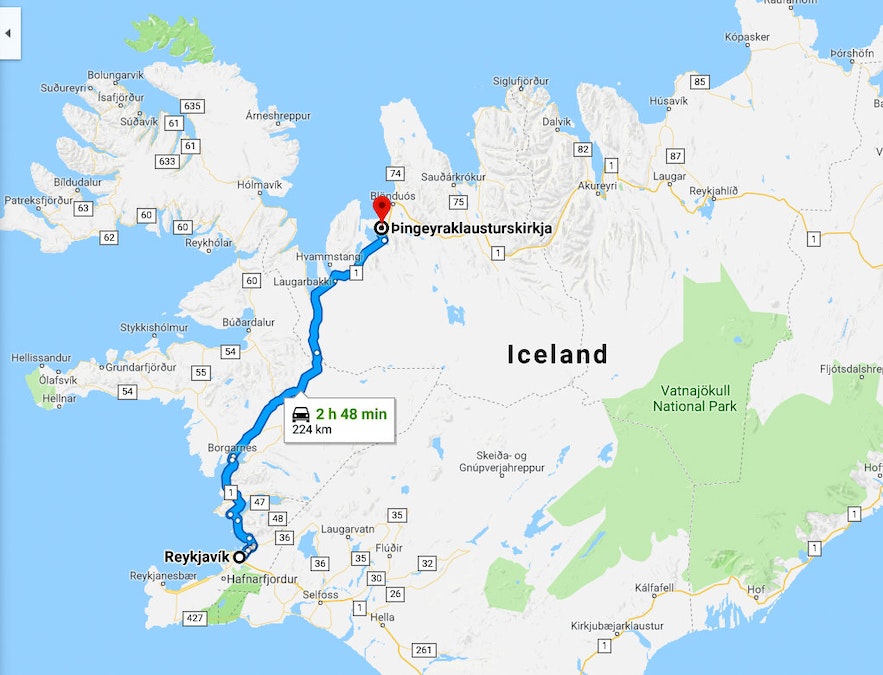 I have written 3 other travel-blogs about things to see and do in the vicinity of Þingeyrakirkja: