Almannaskarðsgöng is a 1312m (roughly 1.3km) tunnel along Route 1, located near Höfn (Hornafjörður) in the eastern region of Iceland. The tunnel pushes through 1150m of rock and 162m of concrete. The tunnel is two lanes wide with three passing spots for emergency traffic.

Icelandic winter has always made travelling the roads of Iceland’s countryside a daunting and, very often, time-consuming experience. Regular heavy snowfall in the Almannaskarð region was seriously impeding traffic to and from east Iceland, with roads often having to be shut down for months, justifying the need to construct a new means of travelling across the region.

In March 2004, construction began and was completed in October 2004, long before completion of the operation had been estimated. The tunnel was officially opened to the public on June 24, 2005, by the former minister of communications, and now President of the Alþingi, Sturla Böðvarsson. Roads leading to and from the tunnel are blessed with truly scenic views, with outlooks over the ocean on one side, and steep mountains to the other. 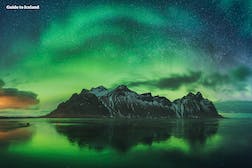 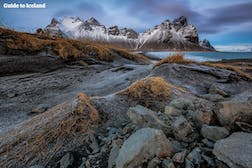 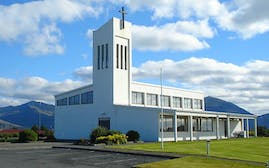 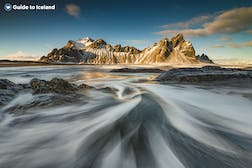