Explore the depths of Iceland on a lava cave tour. 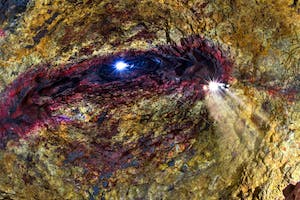