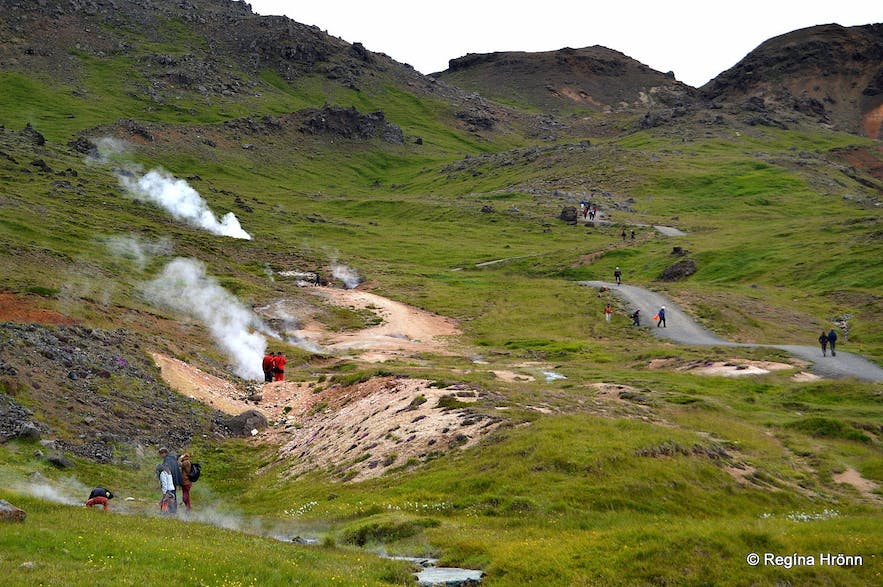 Hengill is an enormous mountain in south-west Iceland, covering an area of about 100 square kilometres. It is a vital source of energy for South Iceland.

Explore this region on a South Coast tour in Iceland.

Hengill is an active volcano, although there has not been an eruption here for about 2,000 years. In spite of that, there is still lava close to the surface, evidenced by the steaming fumaroles and many hot springs dotted across it.

Iceland’s electricity and heated water comes from entirely renewable sources, taken from places such here. There are two power stations harnessing the energy potential at Hengill, called Nesjavellir and Hellisheiði.

Certain Golden Circle tours include stops at these.

The energy beneath Hengill does not only help Iceland with its electrical and heating needs; it also helps with tourism. The geothermal activity of the volcano has created some of the country’s most popular sites.

Most significant of these are Hveragerði town and the adjacent Reykjadalur valley. Hveragerði is often named the ‘hot spring town’ or the ‘earthquake town’ because of the amount of volcanic activity Hengill creates here.

Boiling water runs mere feet beneath the surface of the earth, meaning there are steaming fumaroles all around. Chefs cook simply by burying their food into the earth, leading to an interesting restaurant culture. There is also an exhibition on the town’s earthquake history.

On that note, activity at Hengill has historically caused no end of trouble for the residents of Hveragerði. Though the houses are built to be earthquake proof now, there is little that can be done about the boiling water when it rises. It regularly causes surprise hot springs to rise inside people’s homes.

Reykjadalur can be hiked through from Hveragerði, and is one of Iceland’s easiest, most accessible, and rewarding trails. After walking for an hour or so through a beautiful range of mountains, visitors will come to a river fed by both boiling and rain water.

This mix means that guests can find the perfect points to bathe, based on how warm they want it. The surrounding area is dotted with boiling mud pits and steaming vents.

Hengill is located south of Þingvellir National Park, one of the sites of the Golden Circle. One of the best ways to see the scale of it is to approach the park from Reykjavík, and stop on top of the Almannagjá Gorge.

This gorge runs from north to south, and looking south, there is no missing the slopes of the volcano across the lake Þingvallavatn.