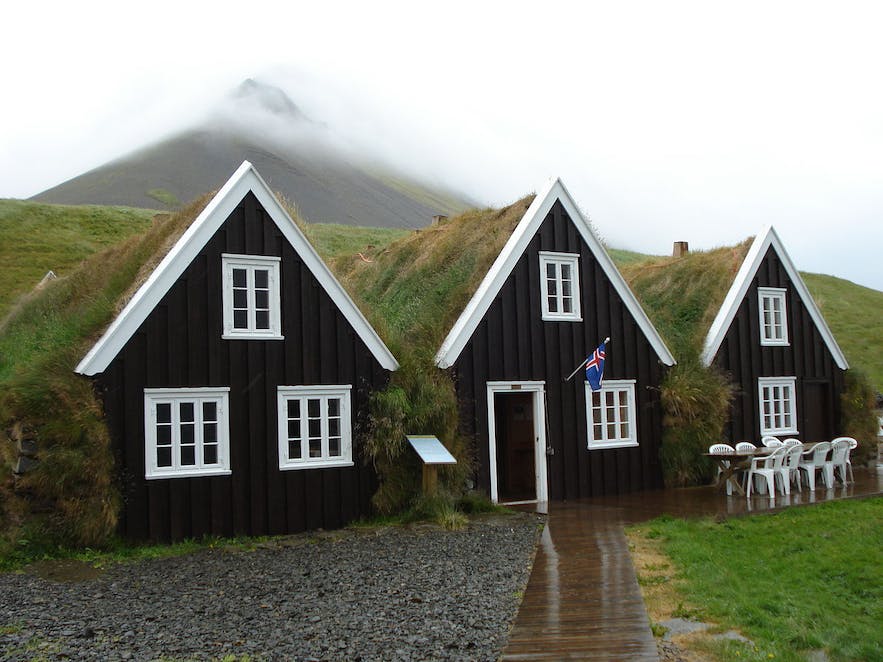 Hrafnseyri is an old town in the Westfjords that dates back to the Settlement Era and has links to Iceland’s independence movement.

The settlement is named after one of its earliest residents, Hrafn Sveinbjarnason, who lived here in the 12th Century. He is not the area’s most famous child, however; it was also the birthplace of Jón Sigurðsson, the father of Iceland’s push for independence from Denmark.

Although Jón never lived to see his dream of a free nation pan out, he is still revered nationwide. At Hrafnseyri, there is a museum dedicated to him and his efforts, aptly called the Museum of Jón Sigurðsson.

To add to the historic ambience that imbues this village, there is a cafe within an old turf-roofed building.