Protecting Iceland's Whales | How To Help 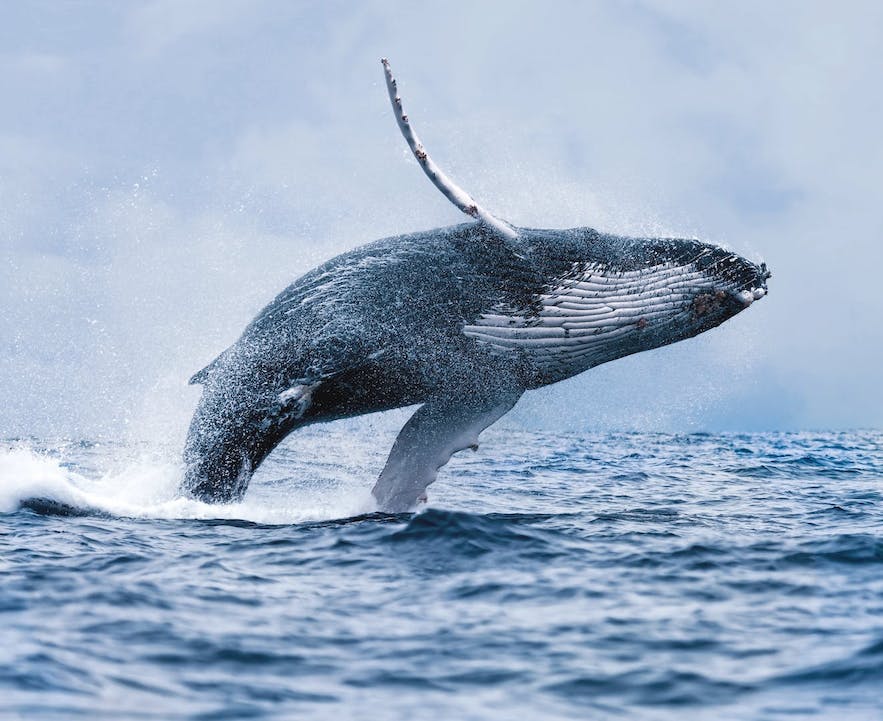 As the Icelandic whaling company, Hvalur Hf., embarks on their first whale hunt in two years, the conservation group Sea Shepherd has entered local waters to document and protest this illegal slaughter of fin whales in Iceland.

Guide to Iceland is an ambassador for Iceland and a mouthpiece for the preservation and protection of this country, and we do not condone the barbaric practice of whaling.

Frankly, I could go on about the cruelty of whaling all day. To contextualize my position, I have been a PADI Open Water scuba instructor since 2013, and received my qualifications in Koh Tao, Thailand, aka; The Dive Instructor Factory.

I have an innate, seemingly in-built, instinct for exploring the ocean; my father was a BSAC diving instructor in the royal air force (RAF), and taught me the ropes of deep water discovery during my formative years.

By the time I turned twelve, I had dived alongside parrotfish, barracudas, jellyfish, and manta rays. By thirteen, I was swimming with baby green turtles as they struggled their way into the deep blue unknown. By sixteen, I had ticked whale sharks, black-tipped sharks, and manatees off of the list.

My connection to the ocean was seemingly programmed into me as a child, something for which I’ll be ever grateful to my dad. He understood the inherent value of knowing how to scuba dive.

I spent many happy years of my youth around fish, seals, dolphins, and whales, not just watching them, but drifting alongside them, coming to understand their compassion and curiosity. 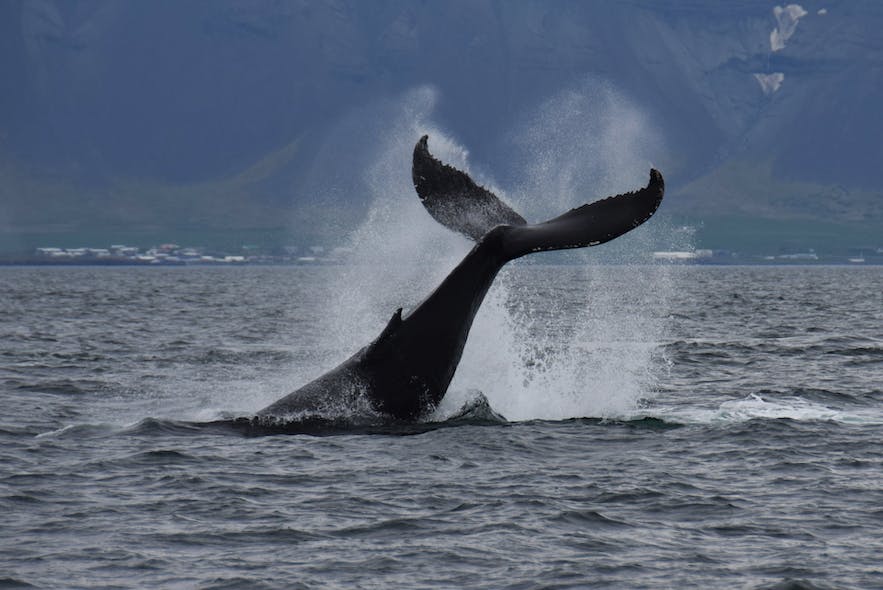 There was nothing like my first meeting with a pilot whale. This fascinating being watched me, seeming to contemplate me. It was one of the most beautiful and unforgettable moments of my life. All sentimentality aside, it changed how I saw the world.

But like my father, I’m not a vegetarian, though I take issue with inhumane meat and fish farming practices. I am especially—and this is crucial—entirely and ferociously opposed to whaling. Even when I attended film school, I had opportunities to strengthen my connection to whales, learning techniques from films like The Cove, which further built my understanding of cetaceans' cognitive and emotional capabilities. Films like Blackfish and Sonic Sea give a face to, and outline in no uncertain terms, the plight of these animals.

Maybe my fervour about this subject stems from other parts of my childhood, too. As luck would have it, my family travelled to Orlando not just once, but three times. Each time, we visited Sea World, despite my father’s understanding of the ocean.

I'm sure he had his reasons, but what lies at the heart of these amusement parks is, in fact, captivity, pure and simple. The second time we visited Florida, we took a trip to Discovery Cove, an attraction park famed for its visitors’ interactions with captive dolphins. The third time, we went to Sea World, we watched the various shows on offer—orcas dancing, dolphins spinning, trainers riding them—with horror, shame, and guilt in our hearts.

Even at a young age, my siblings and I saw something terrible, inhumane, and pornographic about it. It didn’t feel like entertainment, it felt like puppetry. But I wouldn't describe myself as an animal rights' activist, per say. While I love animals, feeling a deep connection with almost every creature I meet (some humans excluded), I truly believe that hunting for sustenance is ethically superior to eating meat from the supermarket. I am, however, like many of you, unable to hunt. This virtuous ideology in defence of hunting animals for food is a luxury that's too often exploited, and many anthropologists now believe that some early sustenance hunters were, in fact, stockpiling far more than they could ever consume.

Think of it: the International Whaling Commission (IWC) was not established until Dec. 2, 1946, it’s main objective being to "provide for the proper conservation of whale stocks and thus make possible the orderly development of the whaling industry." This was the first regulatory body associated with the industry, the first time people considered the morality of hunting whales.

Ever since, whalers have proven the unpredictability of whaling, as shown recently with Hvalur Hf's catch of what is either a blue whale or a blue/fin whale hybrid. 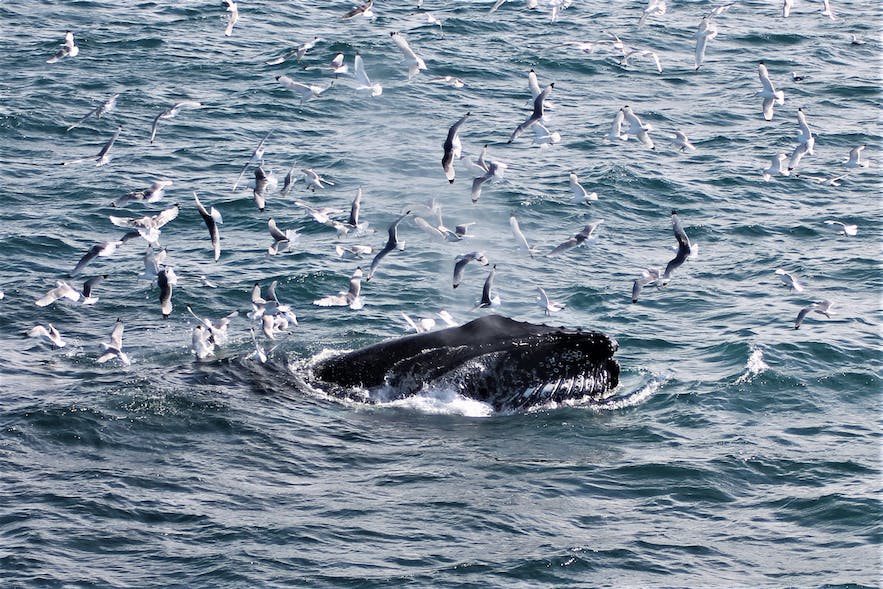 What use are regulations, however, when Kristján Loftsson, CEO of Hvalur Hf., is also the majority shareholder of Iceland’s largest fishing company? In addition to his incredible accrual of oligopolistic power, one might wonder how his presence on both boards could give him the power to define a 'whale' as a 'fish' and to, thusly, hunt for whales under the auspices of either entity.

Iceland is better than that. And Icelanders should behave as such.

The IWC did, in point of fact, enact a moratorium on commercial whaling in 1982, meaning that the activity was suspended until further debate. Japan has found loopholes around the moratorium by claiming that its whaling practices are for research purposes only, displaying signs that trumpet their legality on their vessels for observant helicopters and passing ships. 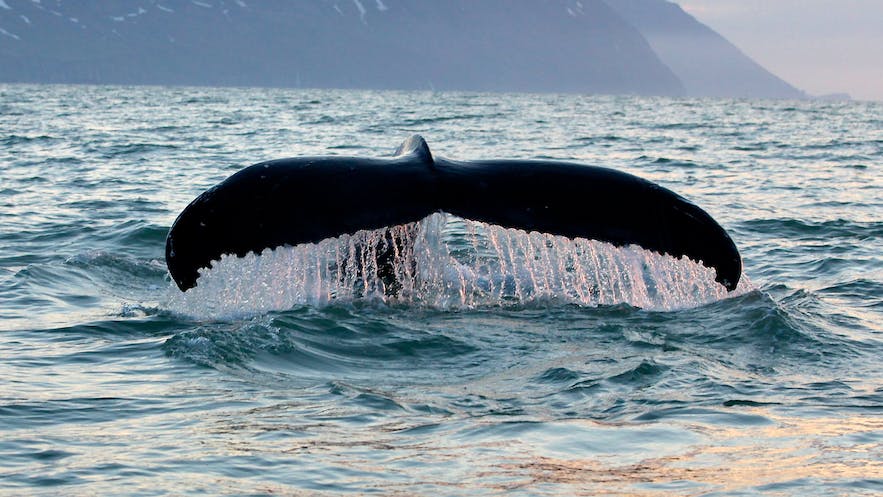 Norway and Iceland, however, have ignored the moratorium completely, issuing their own quotas as they see fit. Have no illusions; Iceland slaughters endangered fin whales to sell the meat to Asia. And 20% of the whale is used. The rest is discarded.

This is neither tradition nor a cuisine… it's not even lucrative, given the fact whaling makes no profit in Iceland (profits are pulled in by Hvalur Hf. through a series of subsidiaries that allow whaling to continue). Their lame attempt at profiting from secretive subsidiaries lost its necessity with the tourism boom. As the Grapevine aptly put it: this is the ocean equivalent to hunting elephants in the savannah.

Sea Shepherd has been on Hvalur's case since the beginning, documenting their efforts in an attempt to deter whaling. For the past three decades, they have not employed violent tactics, but instead practised a modern form of civil disobedience. The only 'terrorist' attack on Icelandic soil was, in fact, at the hands of Sea Shepherd activists in 1986 after two men destroyed the whaling station and sank two of the company's ships.

But what is the appropriate response today? Certainly not by boycotting Iceland, but rather by investing in its whale watching industry, an industry that fosters research—one which educates and cultivates a sense of wonder in hundreds of thousands of people from all corners of the earth. Is whale meat on your tongue really that valuable? Do you really have to eat them to enjoy them, to love them, to experience them?

Or maybe we can talk about this from another angle: the mercury problem. Mercury pollution is a global issue. The atmospheric deposition of the element is the major source of mercury in the ocean, largely on account of volcanic activity and land emissions. 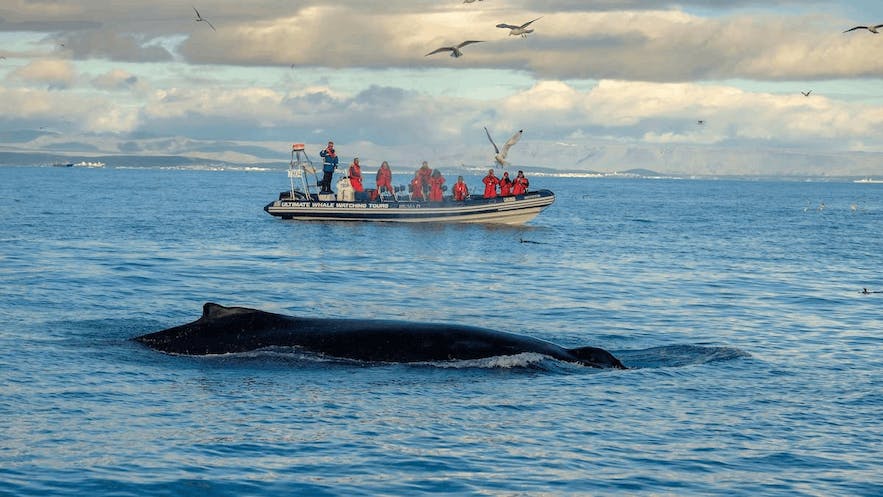 Despite what humans would like to believe, this saturation has nothing to do with us, but it is incredibly unhealthy and dangerous.  Krill, the smallest life forms in the ocean, eat tiny, mercury soaked foods, in turn becoming saturated in mercury. Fish,  eat krill, thus ingesting large amounts of mercury. Larger creatures, such as dolphins and whales, take that mercury poisoning to a whole new level: their tissue, their organs, are mercury. That meat, soaked in poison, is then packaged and sold.

And what are the consequences?

Only seventy years ago, children in Japan’s Minamata Bay were born with horrendous birth defects. Their mothers ate seafood doused with mercury compounds. This led to mass brain damage among infants, and it forewarned of the dangers of mercury consumption. That is, it was a warning to those who would listen.  Japan, unfortunately, continues to ignore its own history.

A minority of Icelanders support whaling, it seems, based on little more than the idea that outsiders have no right to critique what they consider to be a cultural practise. Unfortunately, Iceland's reliance on tourism, its current economic engine,  that outside opinions on Icelandic policies are more essential than ever. If people don't like what Icelanders are doing, they won't come. Simple as that.

It seems that the pro-whaling camp, regardless of the latest information, will simply refuse to acknowledge the depravity of the industry; it's the default reactionary position, one that chooses trumped-up economics over compassion and progress. Their "myside" bias—the tendency to prove what they already believe to be true—is going to continue to be tested, and, I want to believe, deprogrammed in the coming years.

The majority of this country is ready to see this industry at the bottom of the ocean.

Please, make a stand against whaling in Iceland by supporting the local whale watching industry. You can also sign the following petition to force the Icelandic government to take notice; https://ifaw.is/