What is there to do for visitors staying in Iceland over the weekend? Which attractions are close by to the capital, Reykjavík, and just what secrets does the city hold? How can you keep your budget down, or how best to spend big for a big weekend? Read on to find out all you need to know about a weekend in Reykjavík, Iceland.

It’s been a long week at the office desk. Your back is sore, your head’s rattling with sales data, you’ve embarrassed yourself in front of the company sweetheart and that promotion you’ve so longed for doesn’t appear to be coming your way. Thank god for the weekend, those precious two days when you can lie back, close your eyes, regroup and find some centre-footing. Bliss.

Or, why not throw caution to the wind, say ‘stuff it!’ to a safe and comfortable weekend? Why not enliven the soul with something truly daring, something that’ll make the week prior cower in comparison, something that will provide a lifetime of memories, new friends, experiences and thrilling life-lessons… I don’t know, something like a weekend in Reykjavík, Iceland, perhaps?

At lot has already been written about Iceland as the perfect stopover location, a geographical blessing that sits ready and waiting between the behemoth North American and European mainlands. And, with free stopover schemes from both of Iceland’s major airlines, there really is no better time than now to pay a visit.

Sightsee in the City 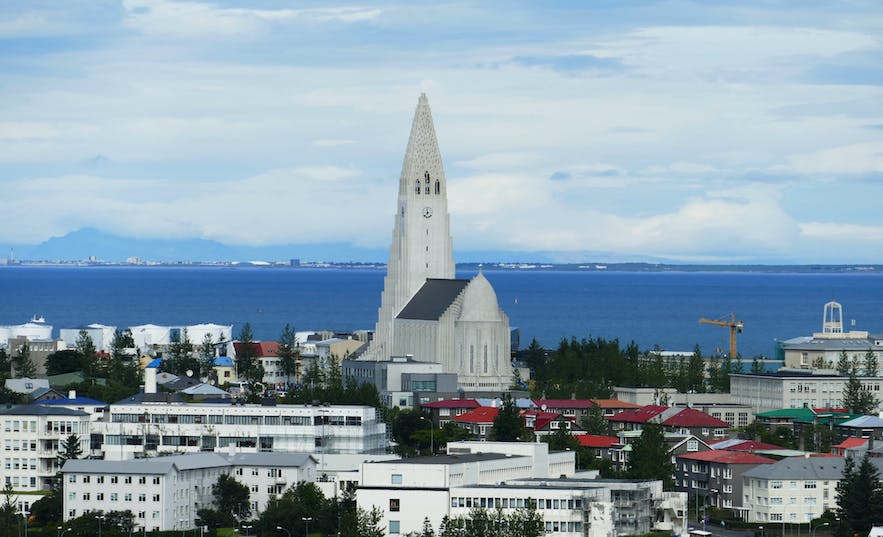 With a weekend at your disposal, Reykjavík’s possibilities come into their own.

One of the first points on your schedule, surely, is to explore the city on your own terms. Thankfully, Reykjavík is the perfect destination for a leisurely stroll, with its major cultural attractions all within walking distance of one another.

Most prospective visitors to Iceland will have seen the photographs long before arrival, and will have some idea of the architectural and historic wonders that they'll discover; Hallgrímskirkja Church, the University of Iceland, Harpa Concert Hall and Conference Centre, Perlan Museum and Observation Deck… the list goes on.

Laugavegur is the one major shopping street in downtown Reykjavík, with the majority of souvenir shops, bars, restaurants and retailers all located either on it or in its immediate vicinity.

There’s quite a lot of patronising advice about ‘how to deal’ with Icelanders…. ‘How to make Icelanders like you...’, ‘How to make friends with an Icelander...’ It’s enough to make one think rudimentary social skills have gone out of the window, but then, I don’t tend to seek out social advice through travel literature.

Many articles on the internet are either written by Icelanders themselves, stressing points like ‘learn an Icelandic word’, ‘don’t talk about whaling’ and ‘don’t think you’ll get paid to marry us’, while foreigners worry about offending a collective belief in fairy people and goblins, needing to defecate by the roadside, or  not knowing who Aron Gunnarsson is.

In truth, Icelanders are just like the rest of us. Some are progressive, liberal-minded, and open to partying with outside blood each weekend, whilst others rest easy in their rural, conservative values. Some Icelanders care deeply about the nature of their country, while others run whaling companies, build dams in the highlands, and make every attempt to obstruct forward-thinking environmental legislation.

True, all Icelanders do seem to like fish, and creativity runs in the Icelandic veins like Brennivín shots and glacial water. There’s also a communal penchant for woollen sweaters, which are almost as prevalent as the Icelandic attachment to an outdoor lifestyle, despite the fact the outdoors appears to hate them (at least for most of the year). 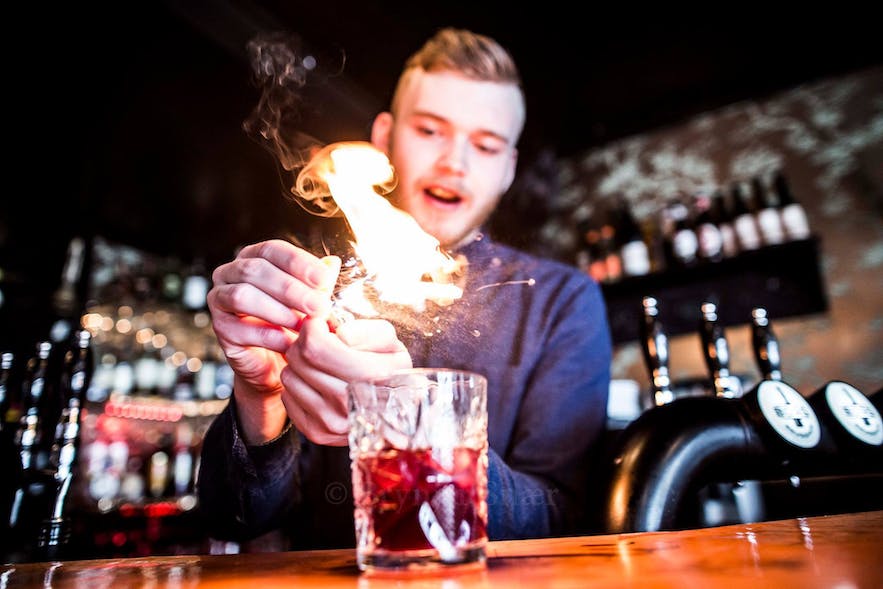 Nightlife in Reykjavík is known to get a little wild, with the bars filling up around midnight to 1 AM--after the locals have saved some pennies drinking at home (by which I mean, a couple of thousand krona). Once they filter out, however, Friday and Saturday nights heave with an enthused, lustful energy, one of community spirit, and relief at the end of a fruitful working week.

A handy tip; download the Reykjavík Grapevine’s Appy Hour mobile app. This merry little drinking partner provides a short description of the city’s bars, as well as their opening times and happy hour discounts. This is an invaluable way of saving on alcohol during your time here, as is purchasing drinks from Duty-Free or the state liquor store, Vínbúð (Closed on Sundays).

For anyone who enjoys the odd sip of tipple, and doesn’t mind spending a pretty penny, Reykjavík is the biggest Nordic party town. That said, it often feels as though drinking behaviour is a point of contention between locals and visitors.

But respect goes a long way, not just for the destination you’re visiting, but for the locals, for the booze, and for yourself. Stay safe. 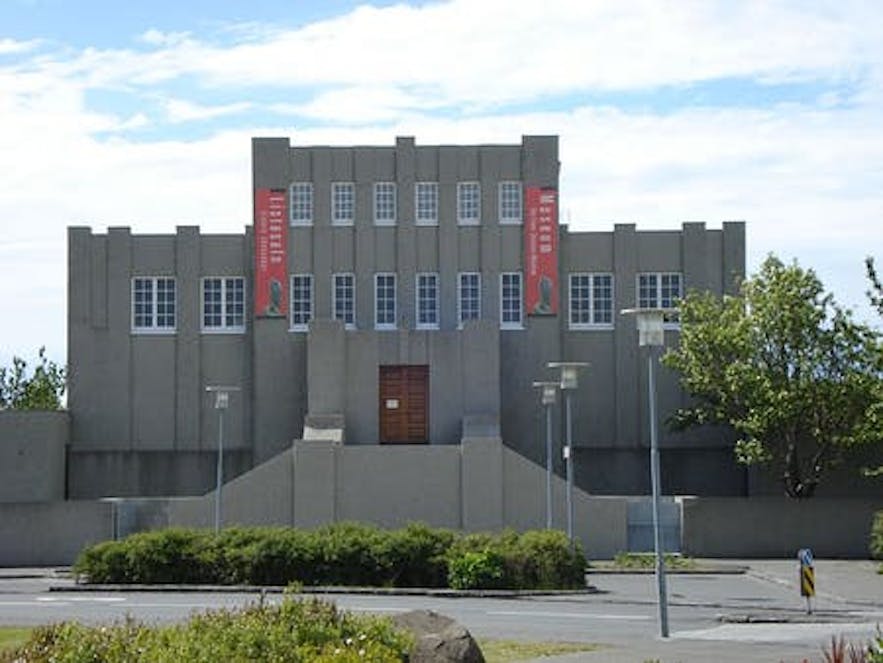 Culture aficionados will find that Reykjavík more than exceeds their expectations, with galleries, museums, exhibitions, events, and performances as a staple of daily life. And you don't even have to go inside a musuem to see Iceland's many historical landmarks, its capital city beautifully blended with its pristine natural environment.

Though it’s an expected response for such a large landmass, and such a small population,  Icelanders tend to draw their inspiration from nature, mixing it eclectically with various international art movements to spin their own aesthetic.

Take some of the best examples of Icelandic architecture, designed by the godfather of Icelandic design, Guðjón Samúelsson: Hallgrímskirkja church’s stone ornamentation appears to have been taken directly from the basalt columns of Svartifoss waterfall.

The National Theatre, another of Guðjón’s designs, dazzles with its integration of obsidian, granite, and Icelandic spar,  taking the very essence of this land, and making it part of Reykjavík’s continuing journey to a modern European metropolis. 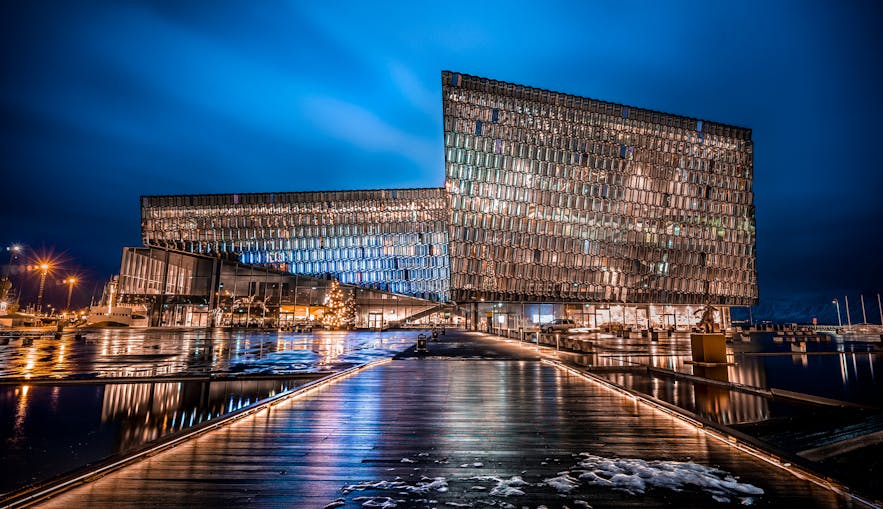 Harpa Concert Hall—with its striking geometry, hexagonal glass panels, and fluctuating LED light display—was designed specifically by environmental artist Ólafur Elíasson to invite spectators to question the nature of viewing and interacting with one's surroundings. This particularly shines through at night, when the concert hall becomes a dazzling beacon on Reykjavík's coastline.

Though its first ever concert was only held in 2011, it seems destined to become one of the world’s most iconic cultural landmarks. I mean, just look at it... MMM!

Iceland’s art galleries and museums are just as fascinating. Depending on your mood, you could visit the Einar Jónsson Sculpture Garden and Museum, the National Gallery of Iceland, or the Reykjavík Museum of Photography. Those looking for the latest in contemporary Icelandic art should head to either the Marshall House or the Nordic House, both are which exhibit some of the latest works from Icelandic and foreign artists. 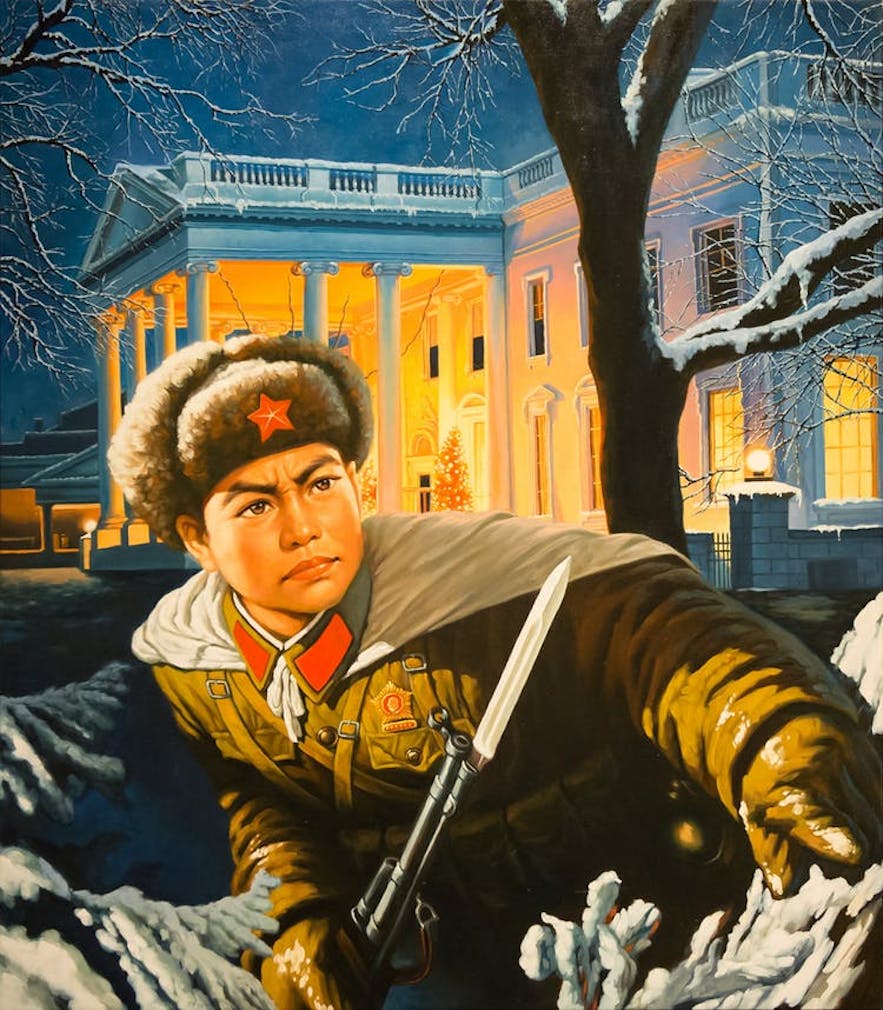 To learn more about the history of this fine city, your best bet is to pay a visit to one of Reykjavík’s museums. Thankfully, there are a wealth of options available, ranging from the Icelandic Punk Museum to the Icelandic Phallological Museum.

Or you can stop by The Saga Museum, The Settlement Exhibition, and the Árbær Open Air Museum, all of which give a glimpse into Iceland’s Viking heritage and difficult Settlement age.

When it comes to the written word, Icelanders have undeniable prowess. Take, for example, the Book of the Icelanders, a record kept by Ári the Wise. This single document--an extensive genealogical record of the Icelanders--is valid even today, allowing Icelanders to trace their relationships to one another. The Book of the Icelanders is also used in conjunction with genetic research conducted in the country, which is becoming more and more crucial to, well, the alleviation of human suffering.

The Icelanders are also responsible for the Norse-Atlantic Sagas, which debatably blend together myth and history in their retelling of Icelandic history. The Sagas of the Icelanders fall within this category: they're forty in total and together constitute one of six categories of ancient sagas.

Snorri Sturluson's Prose Edda, together with the Poetic Edda, makes up an important body of Norse literature—both of these works contain Norse Mythology.

Many of Iceland's ancient books are on display The Settlement Exhibition in downtown Reykjavík. 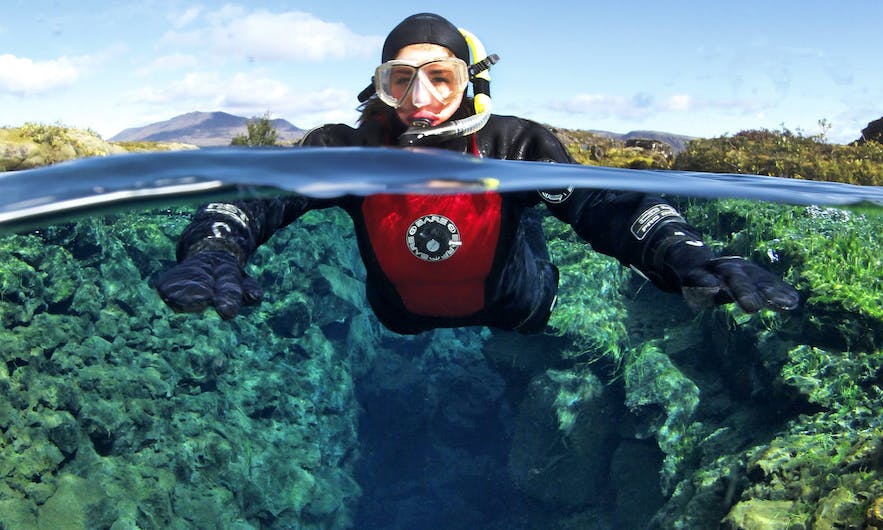 I would be remiss not to mention some of the incredible day tours and activities that are available from Reykjavík's capital. I thought I'd just throw some of the best opportunities your way, just in case you felt like wandering out.

The most popular day tour in Iceland is the Golden Circle sightseeing route, composed of three of the country's major visitor attractions: Thingvellir National Park, Haukadalur Geothermal Valley and the domineering Gullfoss waterfall. While this day tour will usually take up to eight hours with a guided tour company, you can do it in a rental car in less time.

From the Golden Circle, it's also possible to add on an extra activity—these can, of course, be purchased separately also—like scuba diving or snorkelling in the magnificent glacial spring, Silfra Fissure, or alternatively, snowmobiling or glacier hiking on the awe-inspiring ice cap, Langjökull. 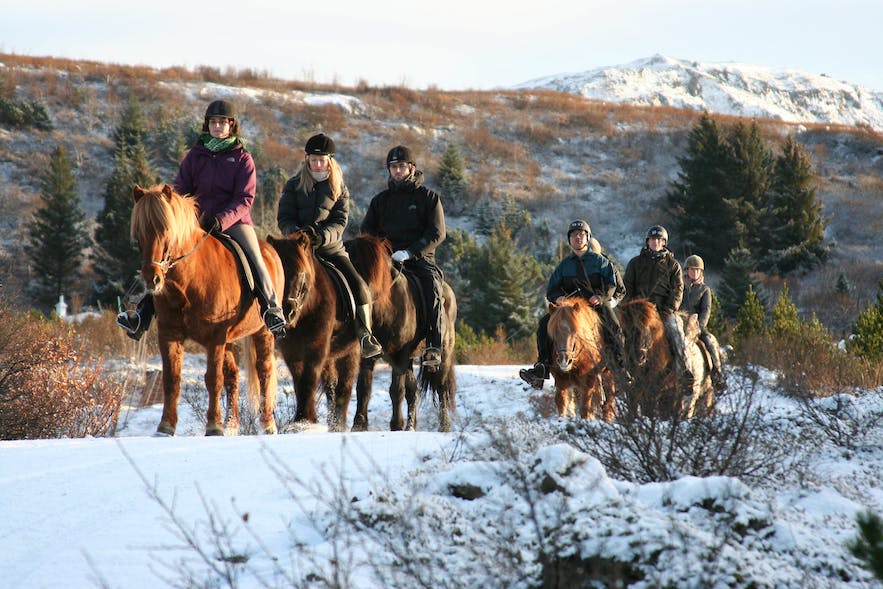 If none of these options suit you, there's always the chance to meet the Icelandic horse, a breed known for its small, handsome stature, intelligence, and unique gait (the tölt). To see other examples of Icelandic wildlife, why not go whale watching, and experience some of the incredible cetacean species that call Iceland's coastal waters their home?

Here are a few more suggestions for your stopover, should you decide to head out of Reykjavík:

Are you planning a city break in Reykjavík, and what are you looking to do when you're here? What would you recommend to others? Make sure to leave your thoughts and queries in the Facebook comments box below.