On Vatnsnes peninsula in North-West Iceland, some 50 meters offshore stands the majestic Hvítserkur, a 15-meter tall monolith or sea-stack, an eroded volcanic dyke.

It looks like an animal of some sort, an elephant or a rhino; or even a dinosaur drinking.

It is quite spectacular and well worth a visit. Especially in the summertime, when you will find a lot of fulmar nesting on it, so it seems to be alive.

It is half-white from their guano, thus the name Hvítserkur; "hvít-" = white and "-serkur" = a long shirt. 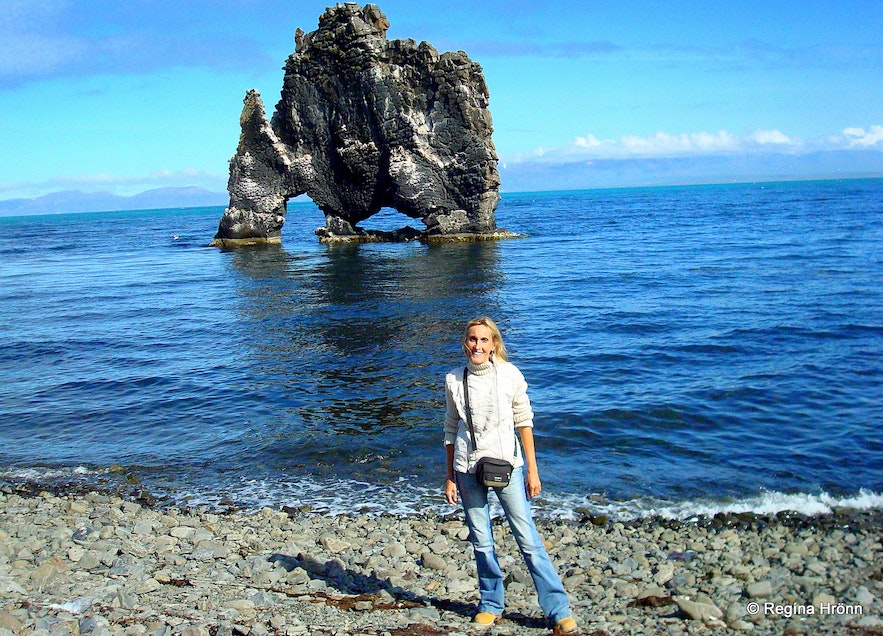 The legend goes that Hvítserkur is a petrified troll. The troll lived in Strandir in the Wesfjords and wanted to tear down the bells at the Þingeyraklaustur convent.

The Icelandic trolls are not Christian and don't like the sound or sight of churches or church bells.

Hvítserkur was in danger of sea erosion, and its base had to be strengthened with concrete. As I said before then Hvítserkur is both around 15-metres high and wide, but only 1-2 metres thick, which makes it unstable. 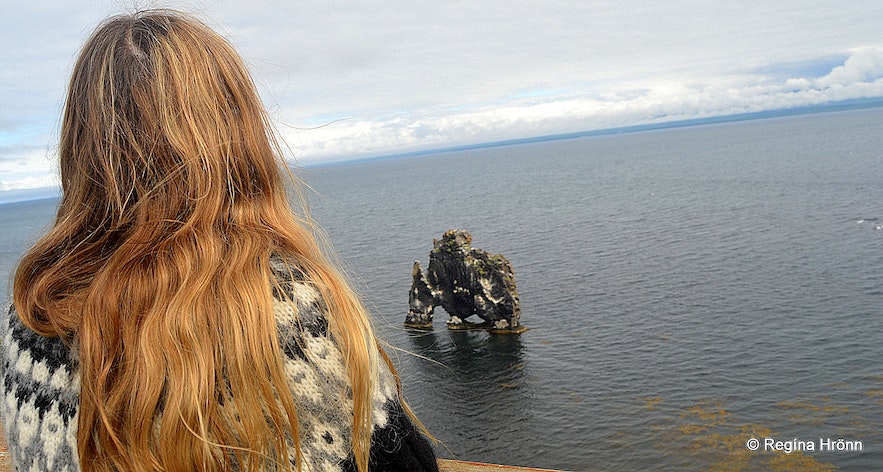 In 1963 an earthquake of a whopping 7 on the Richter scale shook Skagafjörður in North Iceland. It is very likely that Hvítserkur would have collapsed were it not for the reinforcement with the concrete.

So we can thank the locals for saving Hvítserkur :)

My photo below shows another angle of Hvítserkur, which makes it look quite different, and you see how thin it really is. I took this photo the only time I was able to fight off the cranky Arctic tern and carry on along the shoreside.

You can either see Hvítserkur from above or walk down to it.

A trail leads to it from the parking lot, and from there you can see it from above. From there is a steep trail leading you to the beach. 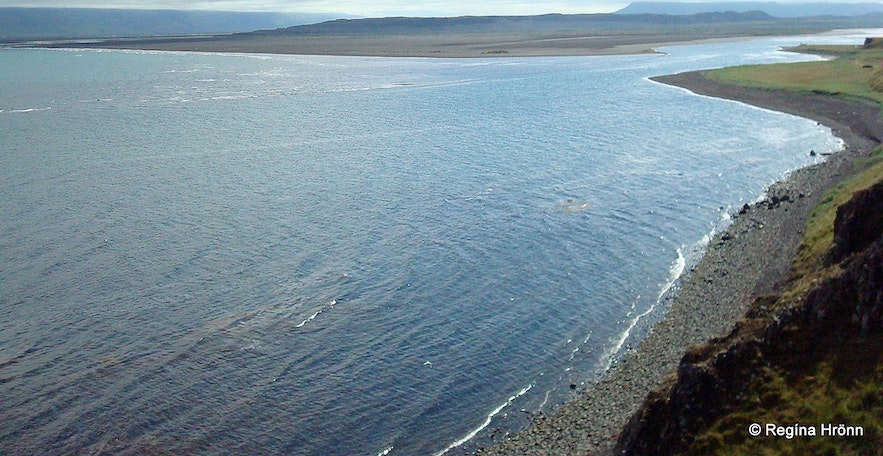 As so many times you could see me running away in panic from this cranky bird, which loves attacking me :( The last time I visited Hvítserkur, I wasn't even able to drive this cranky bird away and had to return the same way from where I went down to the beach.

Next time I will succeed ;)

I have only once made it all the way to Hvítserkur, and the tide was coming in. But on low tide, it is possible to walk straight down to the monolith, which is 50 metres offshore in shallow waters.

Seals on the Hvítanes peninsula in the Westfjords

This area is home to one of the largest seal colonies in Iceland and in Hvammstangi village, which is on the opposite side of the peninsula, one can visit the Icelandic Seal Centre.

There are a lot of seals resting on the beach, and they are quite a tourist attraction. 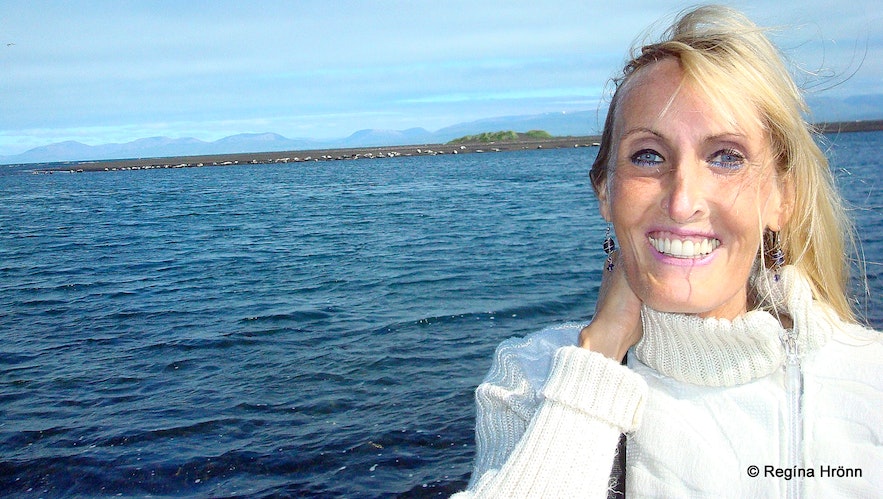 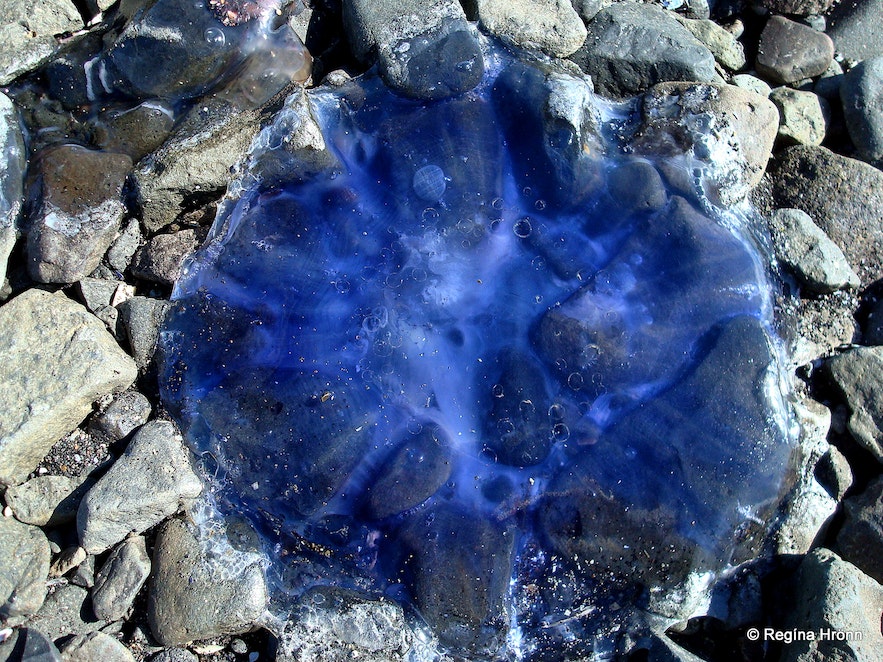 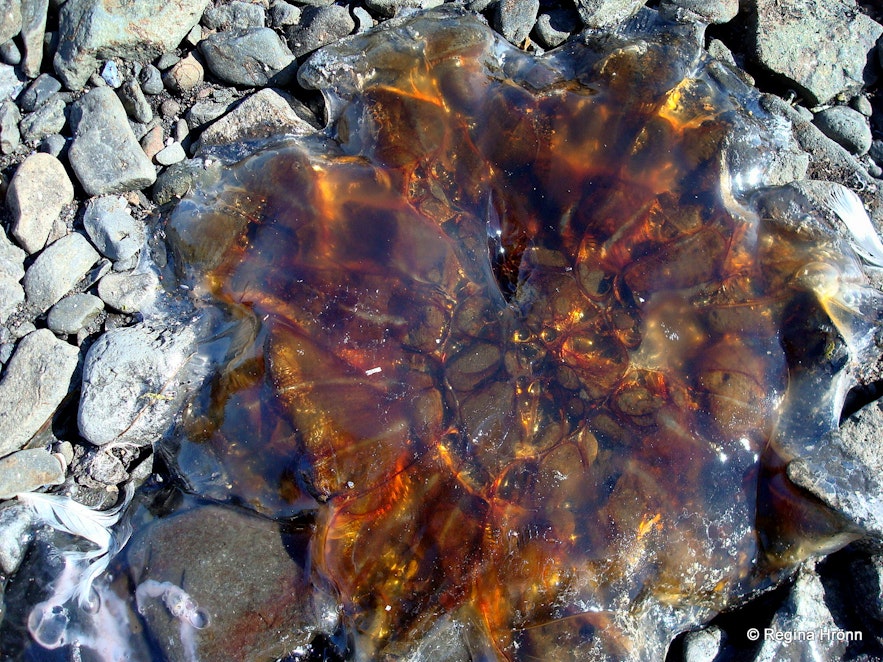 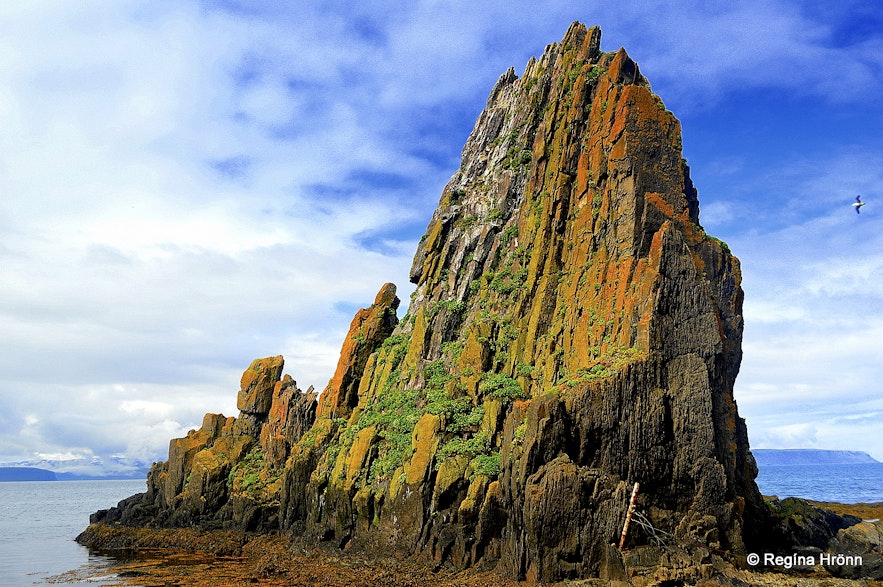 A little bit further you will see a beautiful white and green painted roundup for sheep, the Hamarsrétt roundup. You will see such roundups in many places in Iceland.

The Icelandic sheep roam around free in the summertime and are gathered in September. 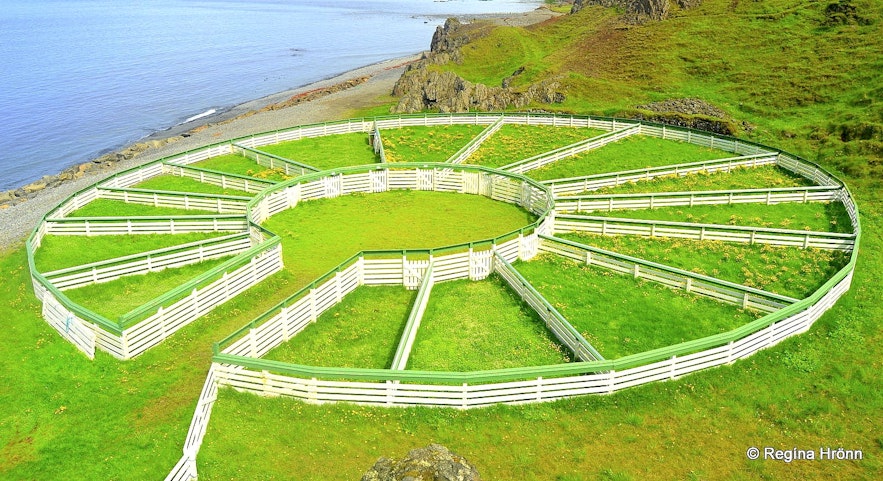 To visit the Vatnsnes peninsula, you can rent a car in Reykjavík and drive on the bad gravel road from Hvammstangi village, which is 197 km north of Reykjavík, or take road 711 off ring-road 1 and make a semicircle on Vatnsnes peninsula. From road 711 there are 30 km to Hvítserkur. 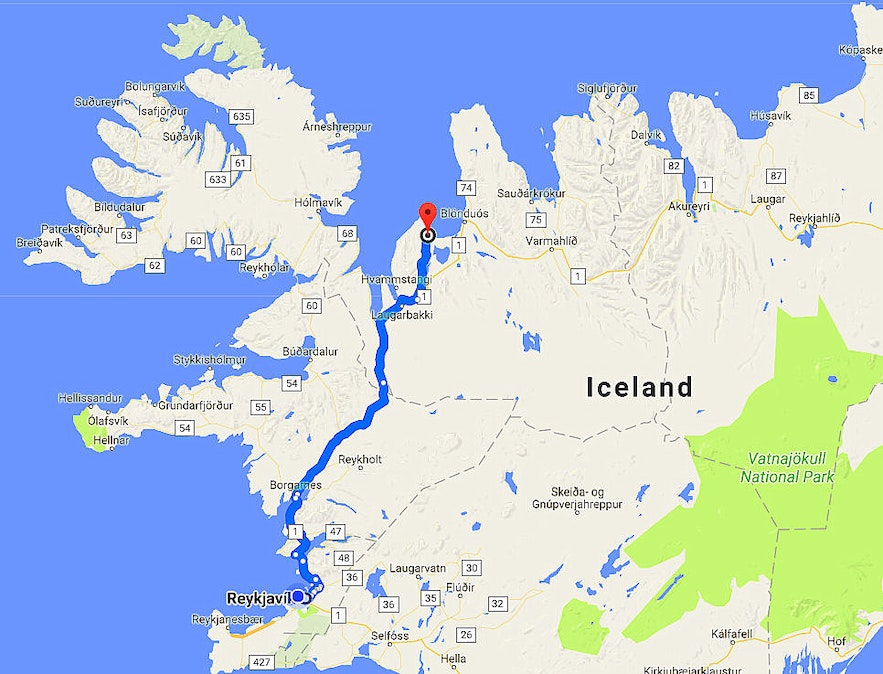 Have a lovely time in northwest Iceland :)