Visit Eldhraun lava field on a self drive tour in Iceland. 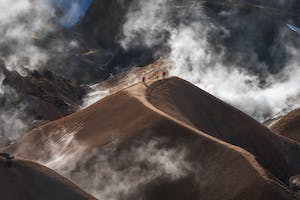