Súðavík is a fishing village and municipality in the Westfjords of Iceland, positioned just off the West Coast of Álftafjörður.

Súðavík is only a couple of minutes drive to Ísafjörður, and the two settlements have long been interconnected through trade and culture. The village’s primary industries are tourism, fishing and fish processing.

Explore the best of the east on an Eastfjords tour.

In 1995, Súðavík was hit by an avalanche that killed fourteen people and destroyed numerous buildings. Weather conditions made the rescue operation difficult, but the Icelandic people raised over 300 million krona ($3,000,000) to aid the effort. Because of the still underlying danger, it was decided that Súðavík would be moved to a safer location.

A year after the avalanche, 51 new houses were built at the new settlement and 8 more had been moved from their original placement. Houses at Súðavík’s original location are now used as Summer chalets for tourists. The freezing plant still exists and operates much as it did before the 1995 avalanche.

One of the most prominent cultural features of Súðavík is the Raggagarður Family Park. This garden and children’s playground was the dream of Vilborg Arnarsdóttir, who began work on the project following the death of her son, to whom the park is dedicated. It was Vilborg’s intention to create a dedicated space where parents and children could bond over outdoor activities whilst visiting the Westfjords. The area was formally opened on August 8th, 2015, and now includes barbeque facilities, public seating for arts and cultural events and two children’s play areas.

Súðavík is also home to the Arctic Fox Centre, a non-profit research centre and enclosed exhibition dedicated to one of Iceland’s most famous and elusive residents. The centre was founded in 2007 by the late Páll Hersteinsson PhD and his student, Ester Rut Unnsteinsdóttir MSc, with an emphasis on education, eco-tourism and protection. In 2010, the centre opened to the public, with the museum being divided into two parts; the first, dealing with the biology and behaviour of the Arctic Fox, the second focused more heavily on Iceland’s relationship with their only native mammal. 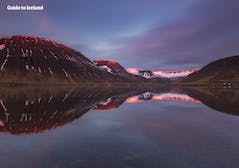 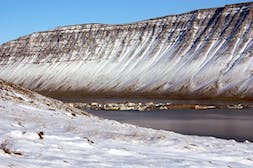 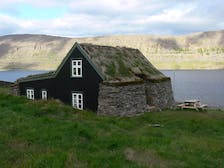 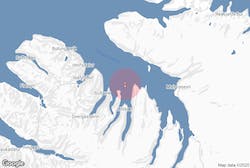 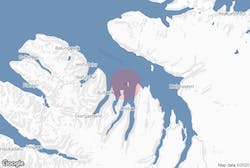