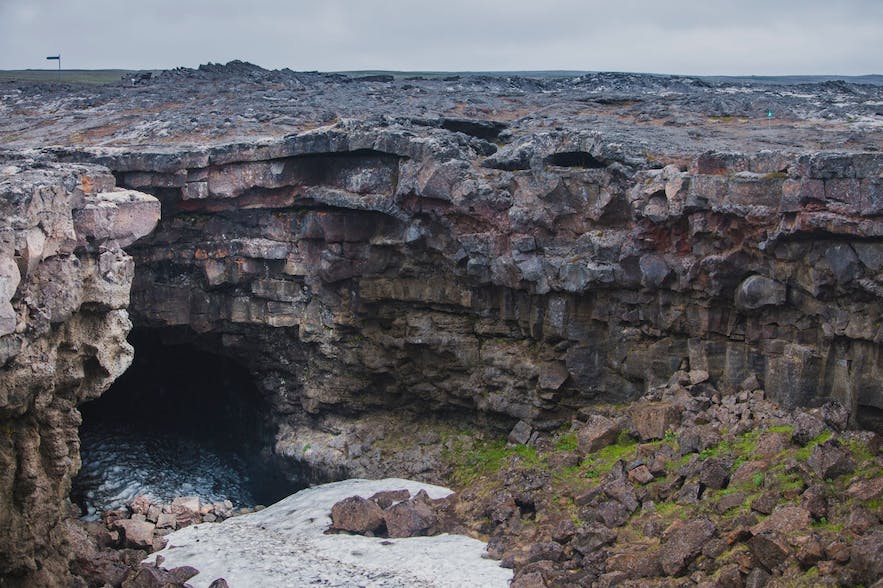 Surtshellir, named after the fire giant of Norse mythology is the longest and most renowned lava cave in Iceland.

Surtshellir is located in the Hallmundarhraun lava field in the Borgarfjordur district in West Iceland. It forms a complex with the lava cave Stefanshellir, which lies in its proximity. Surtshellir's innermost part, where the ceiling is lower, is called 'The Ice Cave', where one usually sees remarkable ice formations, ice candles and columns.

Outlaws would seek refuge in Surtshellir in former times and the cave also has strong connections with folklore. It was said to be haunted and the fire giant himself was even said to have resided there and have created the cave.