Book your trip
Rent a car
Vacation packages
Explore Iceland
Book your trip now
Jump to chapter
How did it get to Iceland?Iceland’s First ResponseQuarantines, Lockdowns and RestrictionsHow Iceland Flattened the CurveHow Tourism Companies SurvivedHow will Iceland Reopen its Borders?Frequently Asked Questions by Tourists about COVID19 in IcelandWhich countries are allowed to travel to Iceland?Will I have to quarantine when travelling to Iceland?Is there a lockdown or a ban on public gatherings in Iceland?Is everything in Iceland open?

How Iceland Became Safe from the Covid-19 Coronavirus

By Guide to Iceland
Verified Expert
Jump to chapter

Did Covid-19 reach Iceland and is it safe to travel to Iceland now? Has everything opened and is life back to normal? How did the government of Iceland respond and do I have to quarantine? Read on to find out everything you want to know about travelling to Iceland now.

How did it get to Iceland? 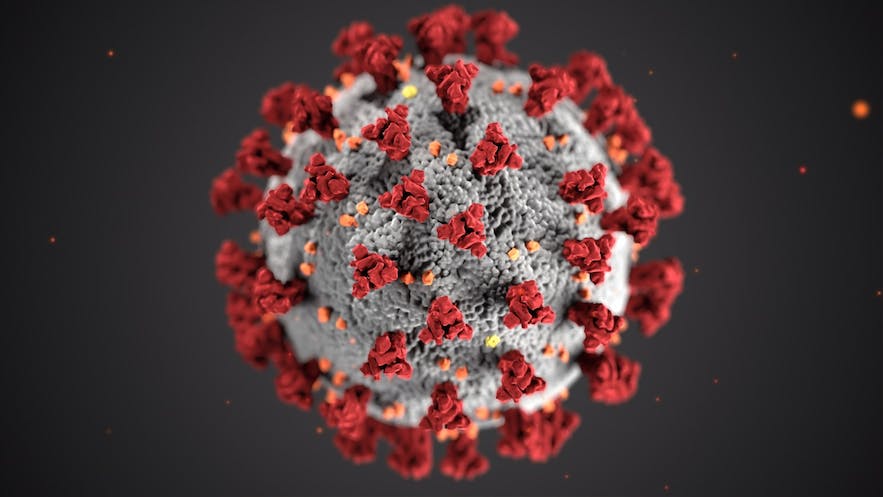 The COVID19 virus under a microscope

The first case of COVID-19 in Iceland was diagnosed on February 28, 2020. The patient was an Icelandic man in his forties who had recently returned from a ski trip in the Andalo region of Northern Italy. He had returned home to Iceland on February 22. He developed symptoms and was quarantined at Landspitali hospital in Reykjavik. It was at this time the government officially declared an ‘Alert Phase.’ The virus had arrived in Iceland. 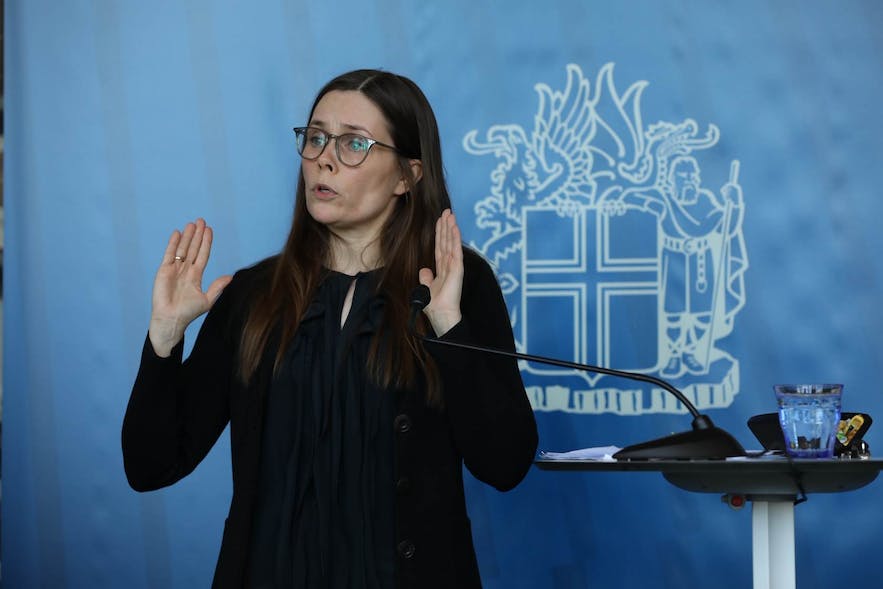 But before COVID19 had even made its way to Iceland, the government had issued an ‘Uncertainty Phase’ on January 31. This meant that they acknowledged that the virus would possibly make its way here. On that day they began targeted testing for those returning from places deemed to be ‘High Risk.’

During the initial testing, few other countries were testing as many people as Iceland. Over the course of six weeks 50,000 people were tested; over 13% of the total population. Every plane arriving from high-risk areas screened passengers, and they were immediately placed into quarantine until they were cleared. 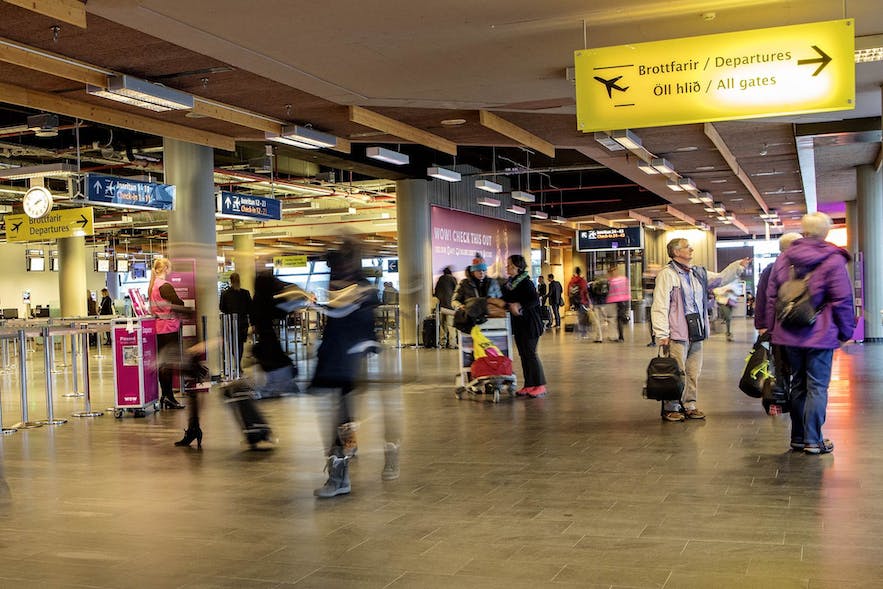 On March 1, two more cases of COVID19 were confirmed. Both patients were in their fifties and had returned home to Iceland via Italy. By March 3 a further six more cases were diagnosed, and the list of ‘high-risk areas’ had increased to include parts of Austria and Germany. The Icelandic government issued an official statement which detailed severe penalties for those who violated quarantine protocols which included three months imprisonment. 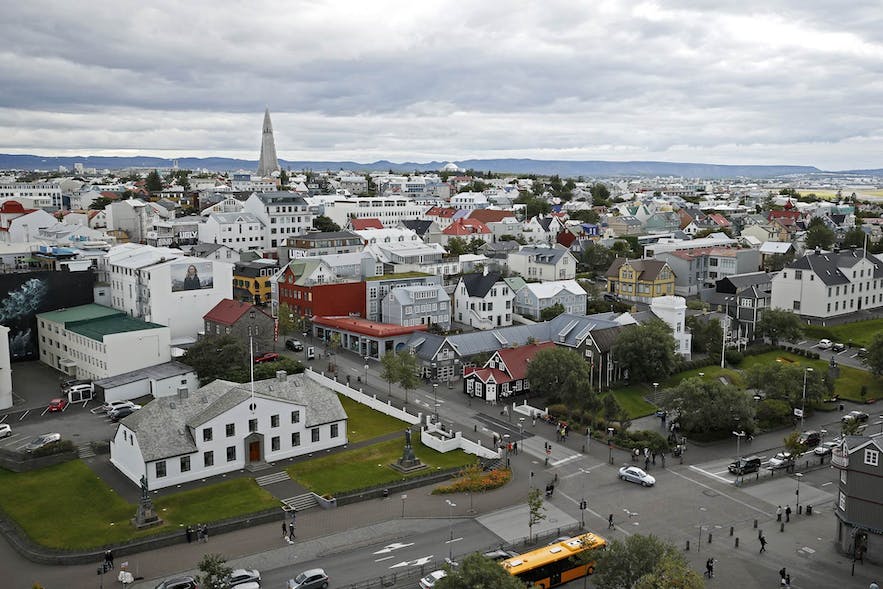 On March 13 the government called a press conference where it was announced that schools and universities would close on March 16 along with the beginning of a ban on gatherings of over 100 people.

By the time the public gathering ban went into effect, the Icelandic response to the pandemic had begun to focus on early detection, contact tracing and social distancing.

By March 18 the entire world had been declared a ‘high-risk area’ and residents of Iceland were discouraged from travelling abroad unless absolutely necessary. The Icelandic government also encouraged Icelanders outside of the country to return home as soon as possible.

At midnight on March 24, a stricter ban on public assembly of more than 20 people went into place. Any business that wasn’t able to keep a tight 2-metre distance between all people at all times was forced to close.

Many businesses who were able to operate without face to face contact allowed employees to work from home and almost overnight the way locals went about their daily lives changed. Just like in the rest of the world, flights were cancelled, and the nation’s borders were under very strict quarantine.

A screenshot of the official website covid.is which details important information in 9 languages.

Unlike France, Italy and the UK, no police officers were patrolling the streets to check if citizens were out in public because they needed to be.

COVID19 took a while to get to Iceland, and those who live here may have taken the time to see some of the issues other countries faced in lockdown and learned from them. There was no panic buying here and less of a feeling of fear in the air.

There was a calm among the people in Iceland compared to news reports from around the globe. People arrived at the grocery store, stayed 2 metres away from everyone else as best they could and patiently waited for a security guard to let them know when it was their turn to enter the store.

You also wouldn’t dare break the social distancing rules because your neighbours or friends wouldn’t hesitate to scold you publicly for it.

There were few complaints from people, Icelanders simply accepted that this was precisely what needed to be done to flatten the curve.

How Iceland Flattened the Curve 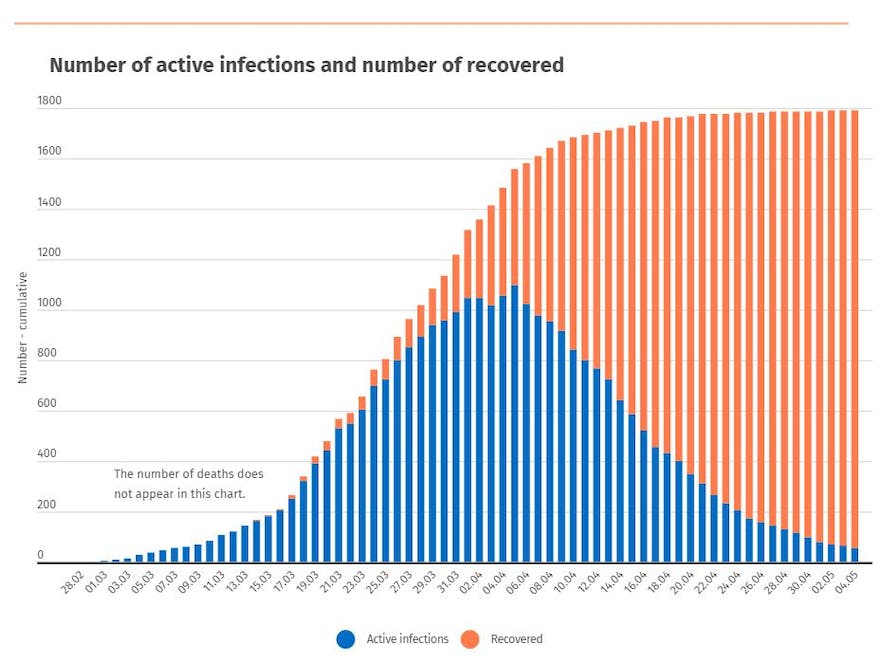 The curve of COVID19 infections in Iceland. Image Credit:covid.is

Iceland was one of the first countries in the world to begin flattening the curve. Flattening the curve is a term we have all heard countless times throughout the pandemic. It’s in almost every article about COVID19 but what does it actually mean?

Flattening the curve means that the pandemic will last longer, but the mortality rate is much lower because hospitals can treat patients effectively. We saw the terrible effects of high infection rates in countries like Spain and Italy, where there were too many patients to treat. 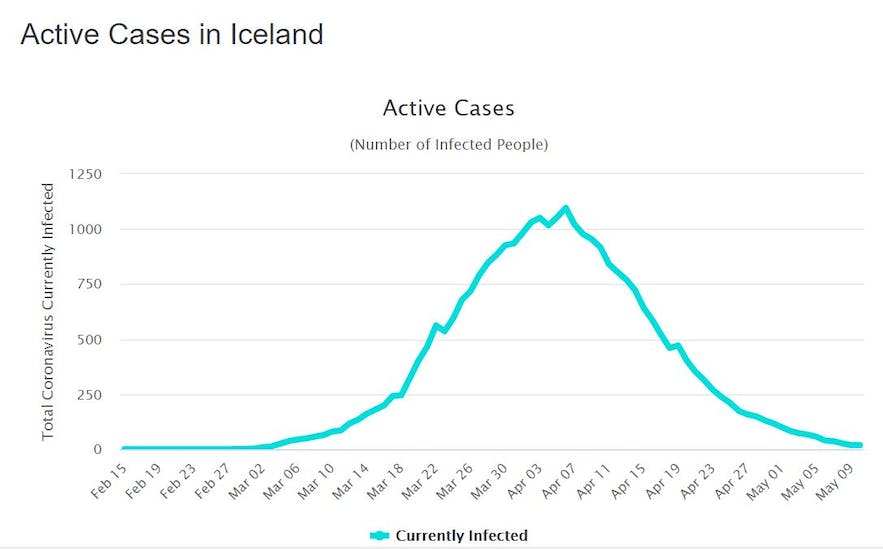 The curve of the number of infected people in Iceland as of May 9 2020.

By April 3 the Icelandic government had released an app on Apple and Android that traced the movements of its user. This app was one of the first in the world, and it enabled professionals to track possible infections of COVID19 more effectively.

By mid-April, Decode Genetics had worked tirelessly with the Icelandic government to provide free voluntary testing. Decode also collated their data into a study that helped show that the majority of infections are spread by what is known as ‘silent carriers,’ those who show no symptoms.

The results of the testing done here in Iceland have helped the world to better understand the virus and how to slow down the rates of infection to flatten the curve.

According to world health experts, we are still a while away from a vaccine, which is the best way to eventually rid the world of COVID19. We are lucky that we live in such an incredibly technologically advanced time because when the vaccine is ultimately produced, it will be the quickest formation of one in human history. 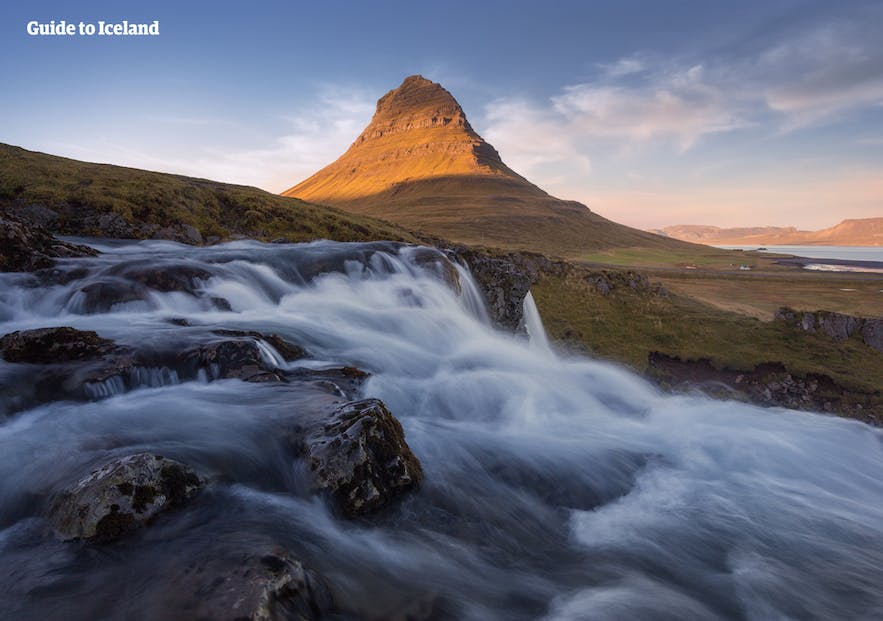 Although many countries closed their borders completely, Iceland never officially did this. Even at the peak of infection, if a traveller came from a country that was outside of the ‘High Risk’ areas and was able to self-quarantine for 14 days on arrival, they were allowed to enter Iceland.

At the end of March, the Icelandic government acknowledged that the tourism industry would suffer in response to travel bans across the globe. Parliament announced a 1.6bn USD response package to ensure the survival of one of the most valuable sectors in the country.

A large part of this package ensured the wages of those who work in the tourism industry. The government allowed businesses to reduce staff hours to 25%, effectively cutting operational costs of tourism-based companies. The remaining 75% of wages were to be paid by the government.

The aim was to protect wages and make it easier for business to cope with the temporary loss of income. 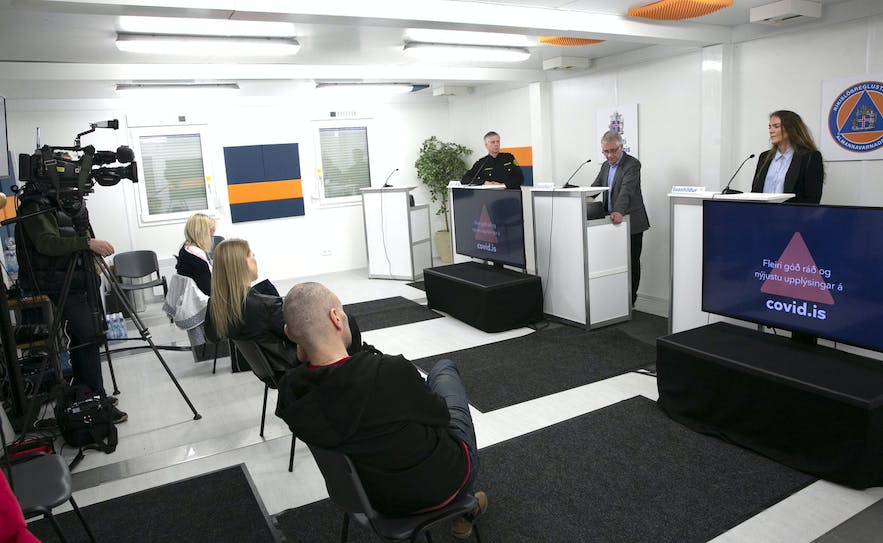 As a result of this, there wasn’t a large number of tourism companies that went under; however, unfortunately, there were those who lost their jobs. Iceland does have a strong social welfare system, so unemployment benefits are available to all permanent residents. In comparison to much larger nations, the quality of life for those affected here is much better during this period.

Icelandair has been offering refunds to travellers who are unable to come to Iceland because of COVID19, but a large majority of people who were planning to visit Iceland have simply opted to change their travel plans to a later date.

How will Iceland Reopen its Borders? 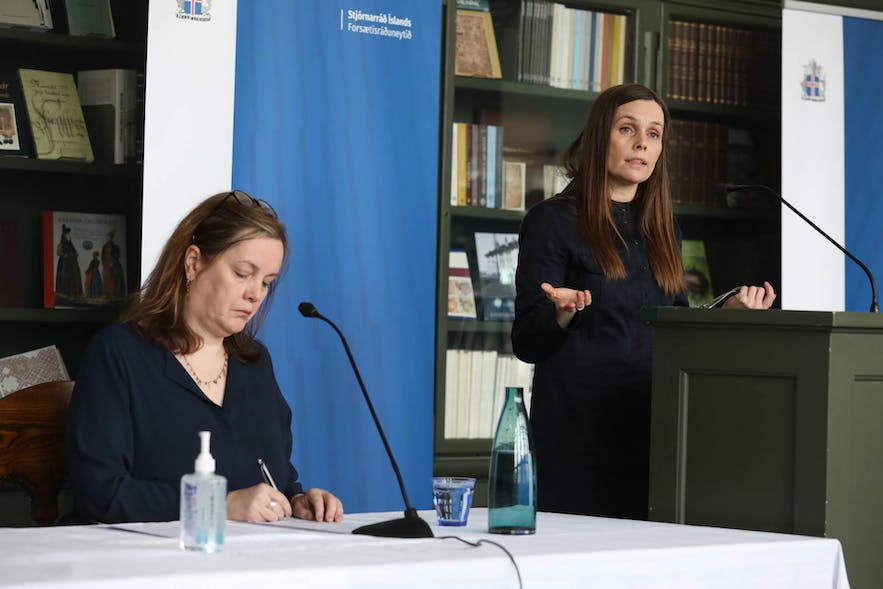 By the end of April, Iceland had reached its peak of infections and begun to flatten the curve. As of Monday, May 5, the country started releasing restrictions slowly and in phases. The phases are to happen over four to six weeks as the infection rates are closely monitored. The Icelandic government will continue to adjust their response as time goes by to ensure that the country remains in control of infections.

Iceland will reopen its borders on June 15, 2020. The Icelandic government will provide testing to ensure Iceland remains a safe place for travellers to visit.

From this time, those entering the country will be given a choice. They can enter a two-week quarantine or provide evidence that they are free of coronavirus infection.

Iceland has been a travel destination for those looking to experience nature in a clean environment where they can be alone or with loved ones. One benefit from this situation is that the decreased demand for international travel will mean prices will go down here.

It would appear that when people can travel again, Iceland will still be a great place to visit, safe from COVID19.

Frequently Asked Questions by Tourists about COVID19 in Iceland

Below are some frequently asked questions about COVID19 in Iceland and guidelines for those travelling here.

Which countries are allowed to travel to Iceland?

All foreign nationals with immigration status in Iceland or another Schengen State, or those who have family members in the same countries, are allowed to enter Iceland.

Will I have to quarantine when travelling to Iceland?

As of April 24, all foreign visitors to Iceland must be quarantined for 14 days. For more information please visit the official website.

If you are travelling from abroad and have cold-like symptoms should contact the Healthline +354 544 4113. The helpline is always the first point of contact, and people must call before going to hospitals or clinics.

From June 15, those entering Iceland will most likely have a choice. They can either quarantine for 14 days, or provide evidence from their country of departure that they are free from coronavirus infection. The Icelandic Directorate of Immigration will finalise the requirements of entry at the end of May.

Is there a lockdown or a ban on public gatherings in Iceland?

There is no lockdown in Iceland; however, there are restrictions on public gatherings. The current limit of people allowed to gather is 50. The gathering must happen in a place where a distance of at least 2 metres can be maintained at all times between people.

Is everything in Iceland open?

As restrictions of public gatherings have started to lift, many businesses have begun to open to the public. Restaurants, cafes and places that sell food are now open as long as they can observe the restrictions of 50 people or less gathering. Pubs, bars, swimming pools and other businesses are expected to open in the coming weeks.