Get to know Iceland with this family-friendly tour combo. You’ll see geysers erupt on the Golden Circle sightseeing trail, venture into a man-made ice cave tunnel in Langjökull glacier, and see the wild marine animals just off Reykjavík’s shores on a whale watching tour. Those traveling to Iceland with children and looking for educational and exciting activities to fill up three days need to look no further.

With this combo, you’ll book three separate tours in one go and receive a 10% discount, making this an excellent choice for families. Each tour starts in Reykjavík, so you can spend the nights at your own accommodations, eliminating the need to repack each day, making for a smooth and relaxing family vacation.

You’ll start by visiting Iceland’s most famous sightseeing route, the Golden Circle, where you’ll visit the historical Þingvellir National Park, Geysir geothermal area, and Gullfoss waterfall. The next day, it is off to Iceland’s second-largest glacier, Langjökull, where you’ll enter a man-made tunnel to learn all about Iceland’s glaciers. On the third day, you’ll hop aboard a boat to search for the gentle giants of the sea, the whales.

Gather up your clan and explore Iceland in a fun and easy way with this discount tour combo. Check availability by choosing a date. 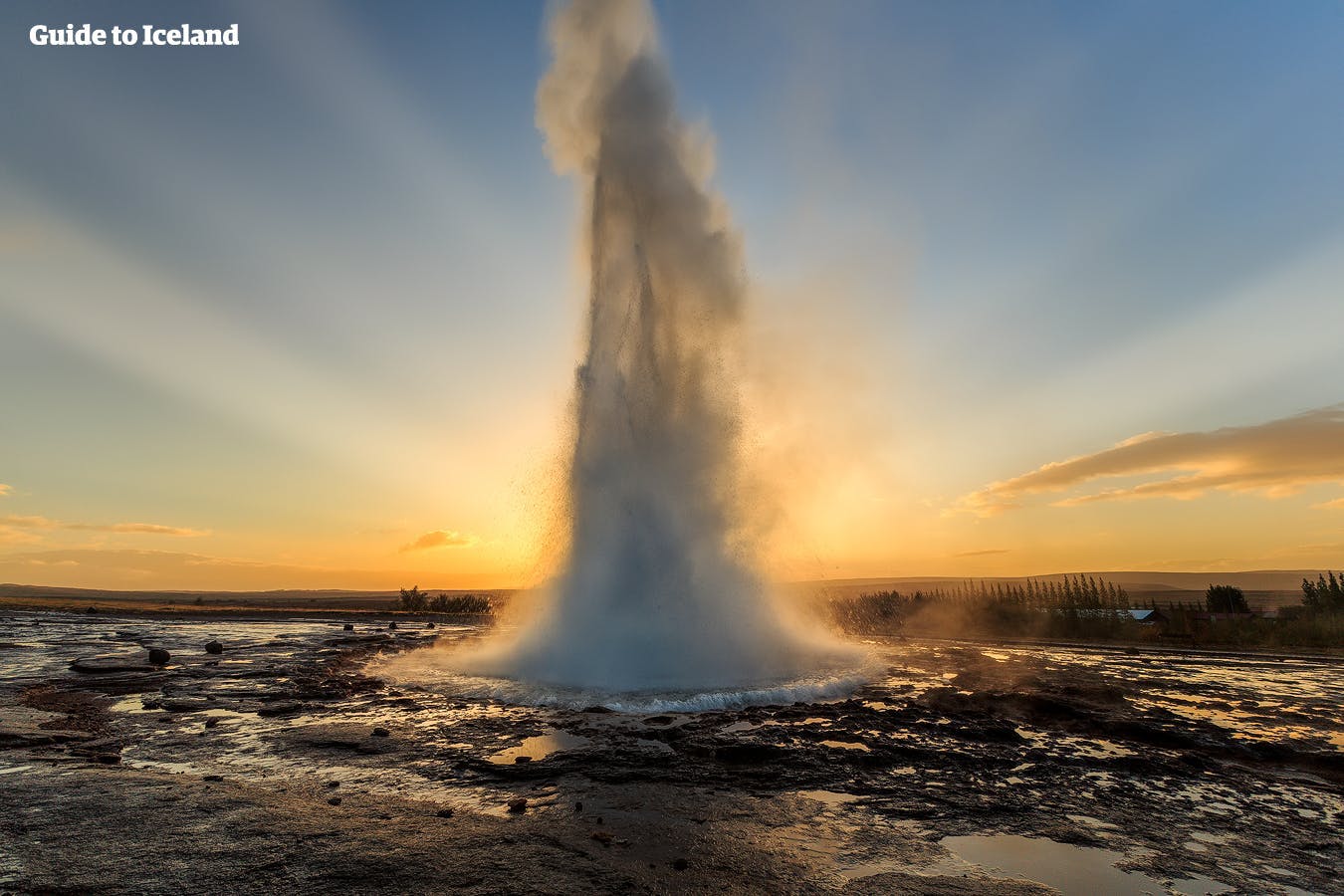 Your adventure starts today when you are picked up from Reykjavík and whisked away to Iceland’s most popular sightseeing route, the Golden Circle. You’ll be traveling in a comfortable minibus and a small group, allowing for a smooth and relaxing trip.

The first stop is the national park of Þingvellir. The name of this site translates into ‘Fields of Parliament’ as it was here where Viking settlers would gather over a thousand years ago to lay the laws of the land.

Þingvellir is a beautiful location where a vast moss-covered lava field envelops the area, interrupted sporadically by cracks and canyons. Þingvellir sits neither on the Eurasian nor the North American tectonic plates but in a valley between the two plates. Its unique position, therefore, created rifts in the field.

Next up is the geothermal area of Geysir. It is a place filled with history and folklore but most importantly, erupting geysers! Here, the geyser Strokkur erupts to heights of 49-67 feet (15-20 meters) every 5-10 minutes, allowing plenty of time to capture a great photo of the kids in front of this spectacular feature.

Then it is off to the stunning waterfall, Gullfoss. Here, Mother Nature’s beauty and power are rolled into one as the glacial river, Hvítá, rushes forth from Langjökull glacier before plummeting down in two steps into an ancient canyon. The rumbling sound of the water hitting the rocks below will surely echo in your ears as you hop aboard the minibus, heading to your next location, Hveragerði town.

You’ll know when you are about to reach Hveragerði when you see the white pillars of steam rise up from a distance. The town is famous for its many greenhouses that use the area’s geothermal energy to grow tomatoes and even bananas all year round. While in Hveragerði, you’ll visit the Earthquake Exhibition to see the impact a 2008 quake left on the town.

Before you head back to Reykjavík, you’ll make another stop at the crater lake Kerið. This is a great stop to capture a few photos as the crater’s walls are made of red volcanic rock and are in stark contrast to the azure water found at the bottom. 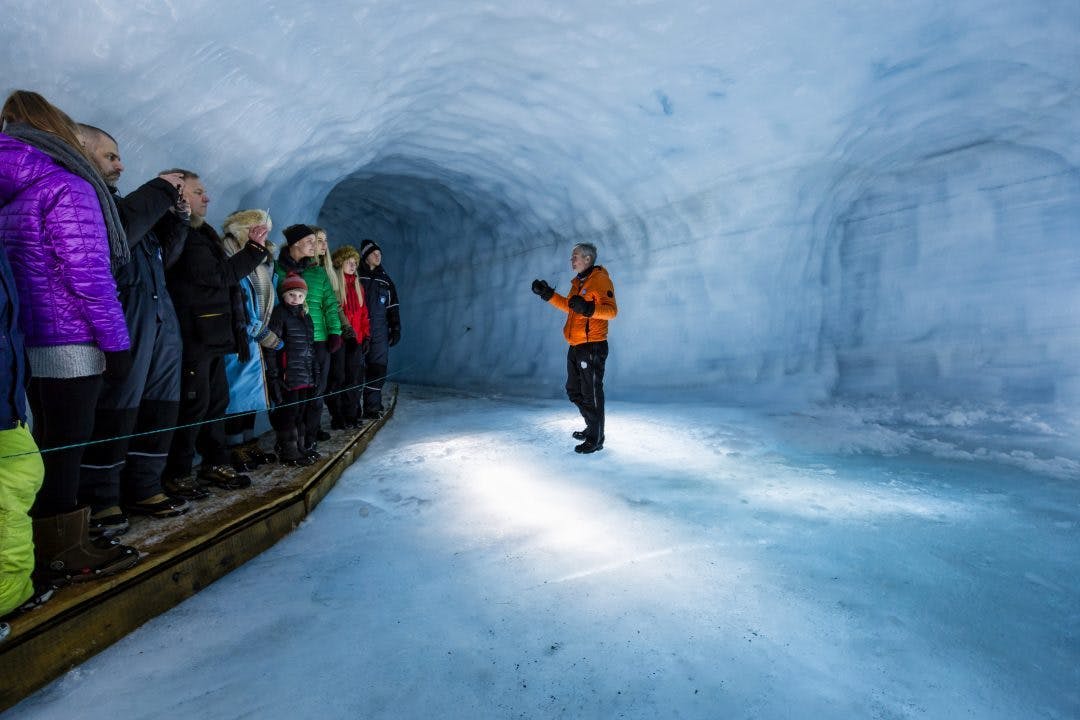 Day 2 - Into the Glacier

Today, you’ll have an icy adventure as you’ll travel to Iceland’s second-largest glacier, Langjökull, and enter its ice cave tunnels to learn all about these massive ice caps, which cover about 11% of the country.

In the morning, you’ll be picked up in Reykjavík and driven past the city mountain, Esja, to the Húsafell area, which sits on the edge of the Icelandic highlands. There, you’ll hop aboard a large, custom vehicle that has been specially built to handle the bumpy but scenic drive up the glacier.

Once at the top, you’ll descend into these man-made ice cave tunnels to explore the blue and white world found within it. Your guide will lead you through these intricate tunnels, explaining how they were created and telling you all you need to know about glaciers. The whole family will surely enjoy this fun, informative and unique journey, which is usually only reserved for scientists.

During your trip, you’ll also get to explore the hidden gems found on Iceland’s west coast, such as the Hraunfossar waterfalls. You will also take the scenic route to the city, driving along the Hvalfjörður fjord, where you’ll be able to see the remnants of an old WWII base. 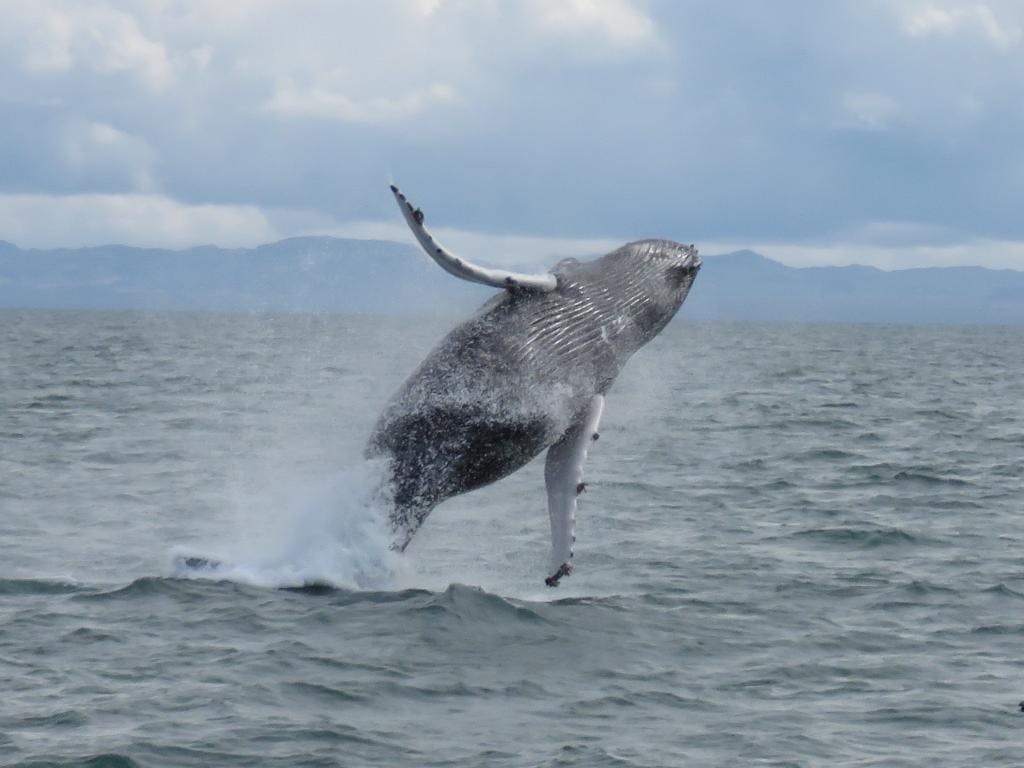 Now it is time to try out one of the most popular activities in Iceland for kids, exploring the wild animals of the Atlantic Ocean with a whale watching tour! You will be picked up and driven to the tour start location.

Depending on the time of the year, you might get to choose your vessel. It is possible to go on a fast-cruising catamaran in the summer, which will deliver you to a prime whale-watching spot in just twenty minutes but instead, the trip will be about an hour shorter.

Otherwise, you’ll go on one of the largest whale-watching boats in Iceland. The focus on board this boat is on interactive education, and your guides will teach you and your kids more about the whales and other marine life found in these waters.

No matter which boat you’ll choose, you are sure to have a fantastic time out on the ocean. Each tour yields different results as this is wild nature, and you can never predict what you will see.

However, the most common sightings are minke and humpback whales, harbor porpoises, and white-beaked dolphins. You might see them breaching, feeding, or just basking near the surface. There is also an excellent chance to spot a wealth of seabirds, including puffins, in the summer.

After the tour, you are free to explore Reykjavík city further or, perhaps, venture out into the countryside.

The weather changes quickly in Iceland, so don't be caught unawares. It is always better to bring a sweater or dress in layers which you can remove if you are too warm.

Note that Icelandic roads and pavements can be slippery in the wintertime. We recommend you bring shoes with slip-resistant soles or ice-grip shoe covers if you are visiting in the winter. The covers can be purchased in most supermarkets and gas stations around the country.