Visit Langjokull glacier on a glacier tour in Iceland. Many of the self drive tours and guided packages on offer such opportunities, including this 10-Day Self Drive Tour and this 10-Day Vacation. Renting a car and travelling around south Iceland will provide more chances to see this glacier. 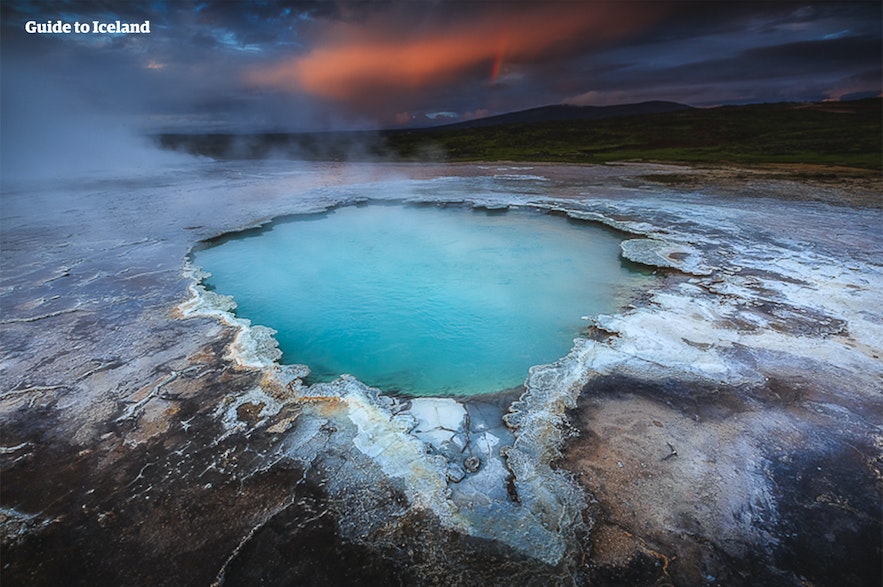 Langjökull is located in the Highlands, and two main highland tracks, connecting the north and the south of Iceland, lie alongside it.

The Kaldidalur road stretches from Þingvellir National Park northwards to Húsafell. The Kjalvegur road, meanwhile lies east of Langjökull and west of Hofsjökull glacier, starting near the famous Gullfoss waterfall to the south, and passing through the beautiful Hveravellir geothermal area to the north.

The landscape of Langjokull

Langjökull is about 50 kilometres (31 miles) long and up to 20 kilometres (12 miles) wide, and the ice is around 580 metres (1,903 feet) deep at its thickest. The glacier reaches its highest point in its northernmost part, which is called Baldjökull, rising around 1,450 metres (4,757 feet) above sea level.

The glacier lies over a massif of hyaloclastite mountains. The tops of these mountains can be seen in certain places on the glacier. It also conceals at least two active volcanic systems, the calderas of which are visible from the air.

The best known of these systems fuels the geothermal area of Hveravellir, east of Baldjökull. Also in the east lies the Kjalhraun lava field, which formed about 7800 years ago.

To the northwest of the glacier is another system that produced the vast Hallmundarhraun lava field, through which the Hvítá river runs in the direction of Gullfoss waterfall. Also in the area is Iceland‘s longest lava cave, the fascinating Surtshellir.

Compared to other regions in Iceland, the area is considered relatively calm, with only 32 eruptions in the last 10,000 years.

Near the highest peaks of Langjökull exists a man-made ice tunnel, a true spectacle for any visitor passing by the glacier. Designed and constructed by geophysicist and presidential candidate Ari Trausti Guðmundsson, the tunnel exists to allow visitors to explore the inside of a glacier without having to come to Iceland in mid-winter for a chance to see the less-than-reliable ice caves.

Guests traverse beneath Langjökull's thick ice sheet, experiencing the vivid blue colouration within, and gaining an insight into the glacier's beauty, formation and processes. It is the only place in the world where this is possible. ‘Into the Glacier’ tours are often combined with adventure activities such as snowmobiling.

The glaciers located nearest to Langjökull are Eiríksjökull, which conceals the highest mountain in west Iceland, and Þórisjökull. Hrútfellsjökull also lies on the east side of Langjökull.

Between Þórisjökull and Geitlandsjökull is a valley called Þórisdalur. Along with stunning views, it features prominently in Icelandic folk tales; the outlaw Grettir the Strong of Grettis Saga, for example, is reported to have resided here for one winter.

Langjokull and the Golden Circle 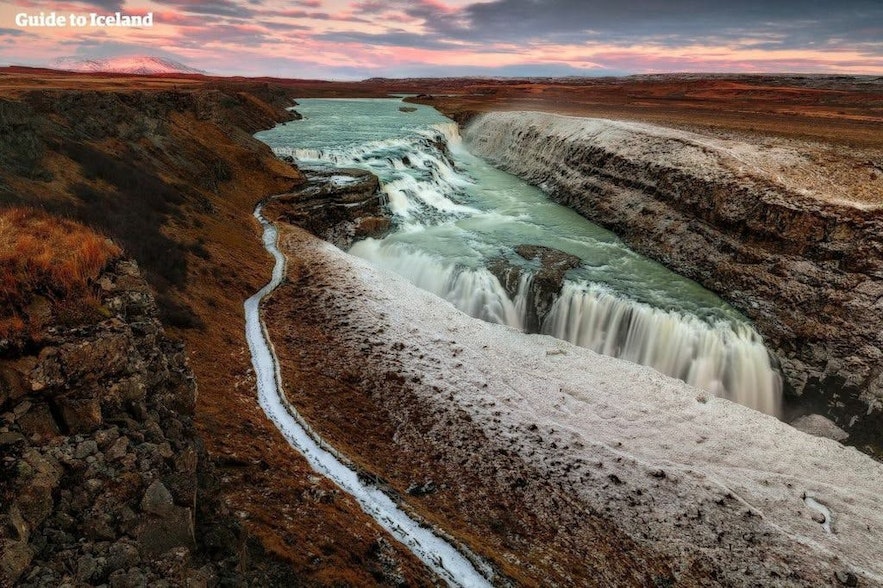 Iceland’s most popular sightseeing route, the Golden Circle, would not be possible if not for Langjökull glacier; none of its three iconic features would exist in their current state without the melting ice.

Gullfoss waterfall is the most obvious example of this. The river that feeds into it, the Hvítá, is a glacier river flowing straight from Langjökull; the scale of the ice cap is hinted at by the sheer volume of water that cascades here every second.

The hot springs at Geysir, meanwhile, are supplied with water underground. Meltwater from Langjökull feeds into the surrounding lava fields, which have very porous rock, and flows in a subterranean river to the geothermal area, where it comes bursting out of the naturally forms vents.

While Þingvellir would still have its National Park and World Heritage status without Langjökull, which it received for being the original site of what is now the longest-running representative parliament in the world, it would be notably less beautiful.

Many springs exist throughout the park, also formed by the underground meltwater of the glacier. Due to its long filtration process, the water emerges as some of the clearest naturally occurring water in the world.

Silfra fissure, therefore, is the best snorkelling and diving location in the country and consistently ranked as one of the top ten places for such activities in the world.

Langjökull is shrinking fast and concerns have been raised about the glacier due to the effect of global warming. Some researchers fear that if climate change continues at its current rate the glacier may be gone in 150 years. Less optimistic scientists have said it could be gone in as few as 50.