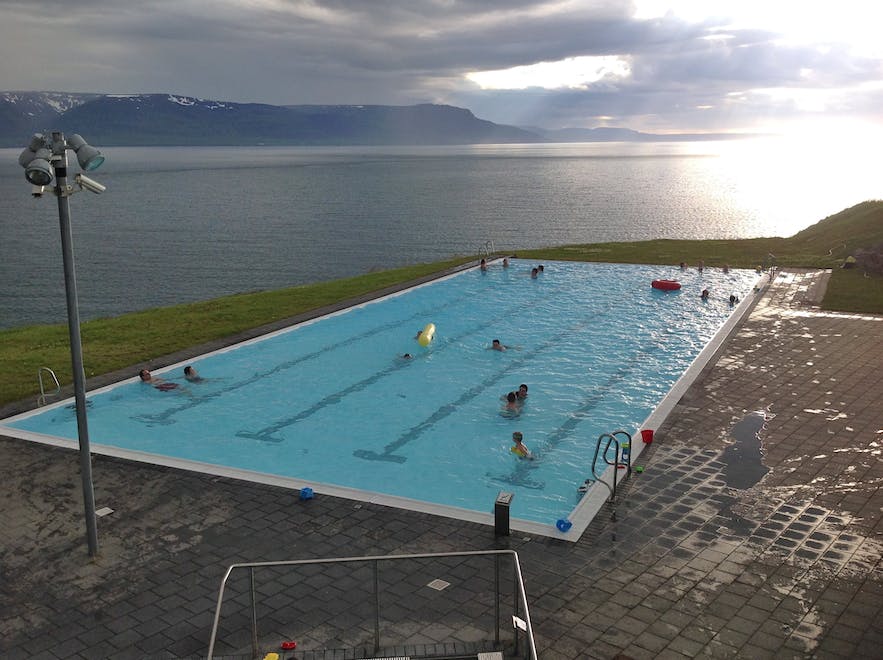 Located in the Northwest, Hofsós is one of the oldest trading posts in Iceland, dating back to the 1500s. Today, it is a sleepy fishing village, though tourism is now on the rise thanks to the recent addition of a designer swimming pool.

Visit the region on a self drive tour in Iceland.

In the 16th century, Hofsós seemed destined to develop into a large and prosperous town. It was built centre-north of the country, there was easy access for boats to land, the fishing was rife and, most importantly, it was a trading port for the Danish Trade Monopoly.

Given that Iceland was under Danish crown rule, this trade monopoly ensured that the then King of Denmark, Christian IV, could both pursue his mercantilist priorities and maintain overseas territories.

An old wooden warehouse, Pakkhúsið, still exists in the town dating back to this period, which ended in 1786 following the cessation of the Danish Trade Monopoly. However, Hofsós failed to develop substantially in the 20th Century, and to this day is still a fairly quiet village west of Akureyri.

A number of harbourside buildings have been converted to the Iceland Emigration Centre, a museum dedicated to the story of Icelandic emigration to North America.

During times of famine following major eruptions, particularly from the 18th Century to the beginning of the 20th, many Icelanders crossed the Atlantic in hopes for a better life. Iceland lost 16,000 residents between 1870 to 1914, all pursuing the dream of a “New Iceland”.

Further thousands left after the Second World War, many settling in the Upper Midwest of the United States. The Iceland Emigration Centre’s main exhibition is a collection of letters, photographs and displays called “New Land, New Life”, which brings this story to greater attention.

Since 2010, Hofsós has boasted an outdoor swimming pool and adjacent hot pot— Sundlaugin á Hofsósi—built fjord side and beautifully integrated into the landscape. Swimmers are privy to truly majestic views of the area. It is also called the Infinity Pool.

Boat tours are available for bird watching and sightseeing trips to the uninhabited island of Málmey.