The pool can be visited by those who rent a car, take a South Coast tour, or book self-drive packages that travel through the region, such as this 10-Day Summer Self-Drive. Those who don't want to drive can visit it on this 8-Day Summer Tour.

Photo above from Michael James.

Seljavallalaug is 10 meters (30 feet) in width and 25 meters (82 feet) in length. This made it the largest swimming pool in Iceland until 1936. The largest today is Laugardalslaug in Reykjavík.

Its establishment was designed to be a place for children to learn how to swim. In spite of being a nation of largely fishermen, swimming was not a widely practiced skill back then. Nowadays, every child is taught it in school as a mandatory requirement. 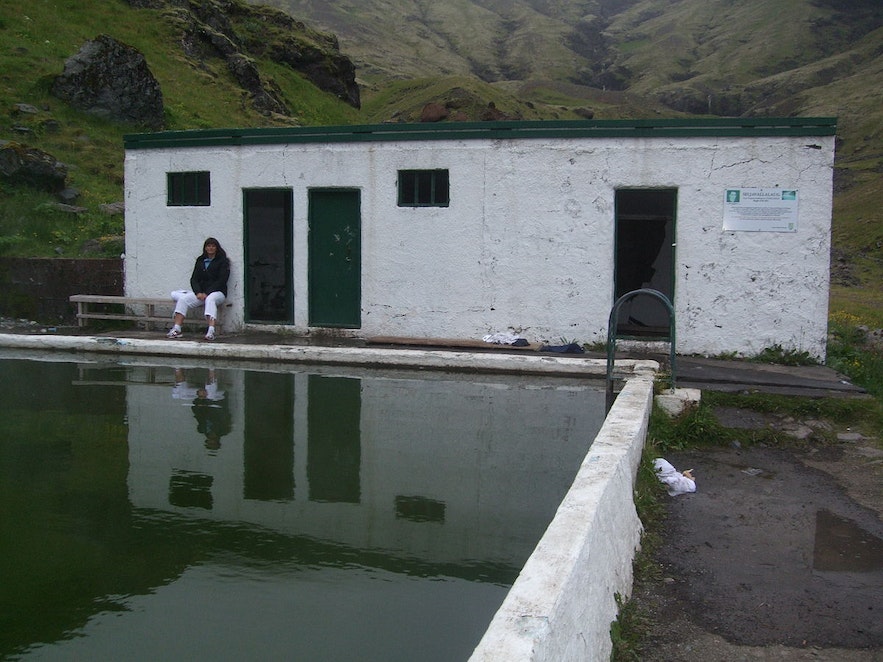 It should also be noted that Seljavallalaug is only cleaned once a year. This means that those sensitive to bacteria may want to avoid the water or find out when this is so they can plan a trip straight after.

By driving this route, you will expose yourself to some of the wonderful destinations along the country’s South Coast. Perhaps most notable of these, and best for a stop, is the waterfall Seljalandsfoss, which you can fully encircle for some marvelous views.

Just a few kilometers further along from Seljavallalaug is another waterfall, Skógafoss. Mightily powerful, this feature should not be missed by those in the area.