Varmá is a favourite among local and visiting fishermen and is known to be one of the prime rivers for sea trout in Iceland. The river has a reputation for easy fishing and is blessed with a long season, running from the beginning of April to the middle of October. The best time to fish in this season is mid-June to October when the fish runs are prosperous.

Alongside sea trout, fishermen will be able to catch Brown Trout and Arctic Char. Only fly-fishing and catch and release are allowed along the river. The river can either be fished with a maximum 4 rods or 6 rods, depending on the operator. 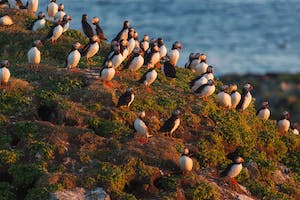