How does a musical style originating from 1960s Jamaica make its way to the frozen shores of modern-day Iceland? Who are the pioneers of this fresh new take on "skank guitar", Rub-A-Dub and 'Riddum'? Who are the most popular Icelandic Reggae artists, and how did they get their start on Iceland's music scene? Read on for everything you need to know about Icelandic Reggae.

For the Philistines out there, Reggae is a style of music widely popularized by such artists as Bob Marley & The Wailers, Peter Tosh, Jimmy Cliff, Black Uhuru and—dare I be so bold—UB40.

With its skunky roots firmly planted in the Caribbean island of Jamaica, this good-time bassy and repetitive style developed from the 1950s musical discipline, Ska, which also served as a predecessor to Rocksteady and Dancehall.

As with much of the music that came and went in the following decade of flower power, Reggae preached peace, unity, collective understanding and the pleasures of one rather controversial little plant.

Thankfully, the message has lived on, with Reggae, pot and mutual understanding now more popular than at any given time before.

And so, without further ado, let's sit back, light' up a spliff, give thanks and bless Jah as we explore three exciting groups who have contributed significantly to Iceland's Reggae scene over the years, starting of course, with Hjálmar. 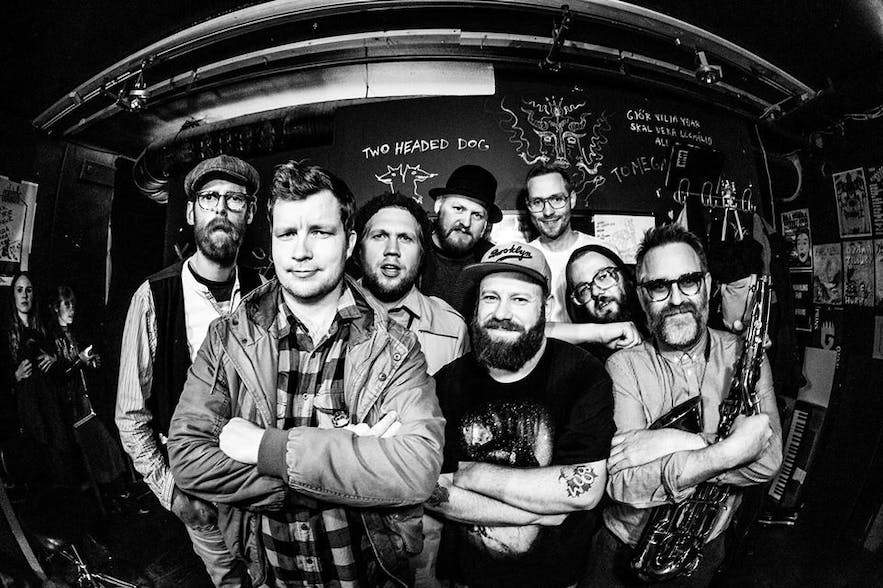 Hjálmar has gone through a series of line-up changes since their inception in 2004, but they are, without a doubt, at the forefront of the Icelandic Reggae scene, having released six original albums, countless singles and two collaborative collections.

Originally met with skepticism—"Icelanders playing Reggae music? Really?"—the band's early experiments paid off with the enormous success of their debut Hljóðlega af stað (2004), quickly getting the rest of the country on board with this new and chilled style of off-beat guitars and bassy percussion.

Hljóðlega af stað topped the sales charts in Iceland for over six months and won the outfit two awards at the Icelandic Music Awards, firmly cementing the band as the forefathers of Icelandic Jah.

After their follow up, Hjálmar (2005), the band split temporarily, given the difficulties of having half the band made up of Swedish musicians. Even so, this Nordic brand of Reggae was here to stay and would come to change the musical direction of Icelandic artists across a range of genres.

After adding a few new members and releasing a further collection, the band's fourth album, IV  (2009) was recorded in Kingston, Jamaica and released alongside Órar, a documentary about their time creating music in the country of their style's origin. 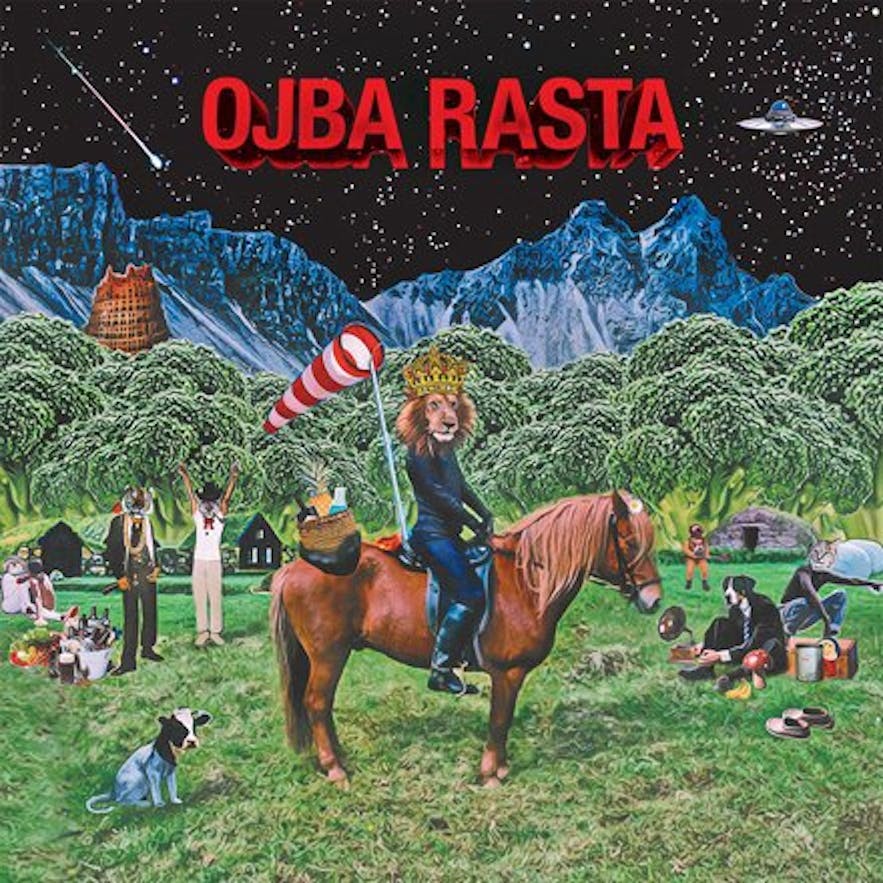 Ojba Rasta, when pronounced in Icelandic, makes the word 'Ojbarasta!´, a denouncement when something in the immediate area is disgusting, so grim and foul that it's actually worth commenting on.

Thankfully, this play on words does nothing to describe the happy-go-lucky jams of this 11-person musical outfit, who have been contributing to the Icelandic Reggae scene since their inception in 2009.

Ever since, the band has gone from strength to strength, with a self-titled debut album release in 2012 and a follow-up, Friður, only a year later. 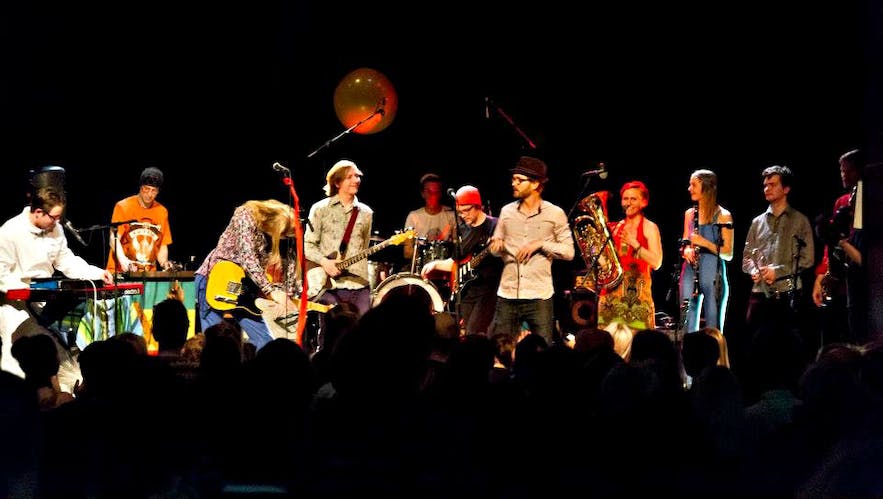 Aside from the official albums, Ojba Rasta has made appearances at the country's premier music festival, Iceland Airwaves, over three times, as well as appeared at Sónar Reykjavík in 2014. Not bad for a band that includes such eclectic instrumentation as a  euphonium, clarinet, melodica and dub-master—and that's beside the guitars, heavy bass and pumping organ.

The band's track "Jolly Good" was listed as the Track of the Month by the English language newspaper, the Reykjavík Grapevine, in the June 2011 issue. Listen to their Live recording of the track for KEXP in 2012:

Whilst still officially together as a band, Ojba Rasta has been inactive for a little while. In that period of silence, the band's lead singer, Teitur Magnússon, has pursued a successful solo career, having released the highly-acclaimed album, 27 (2014). Four years later, Teitur is back with his latest album, Orna, set to be released 2018.

The latest band to hit the Icelandic Reggae scene is the frankly unpronounceable, AmabAdamA. AmabAdamA is a 10-piece band, with members including three singers, a guitarist, bass player, drummer, saxophonist, a trumpet player, a keyboardist (to name only a handful). 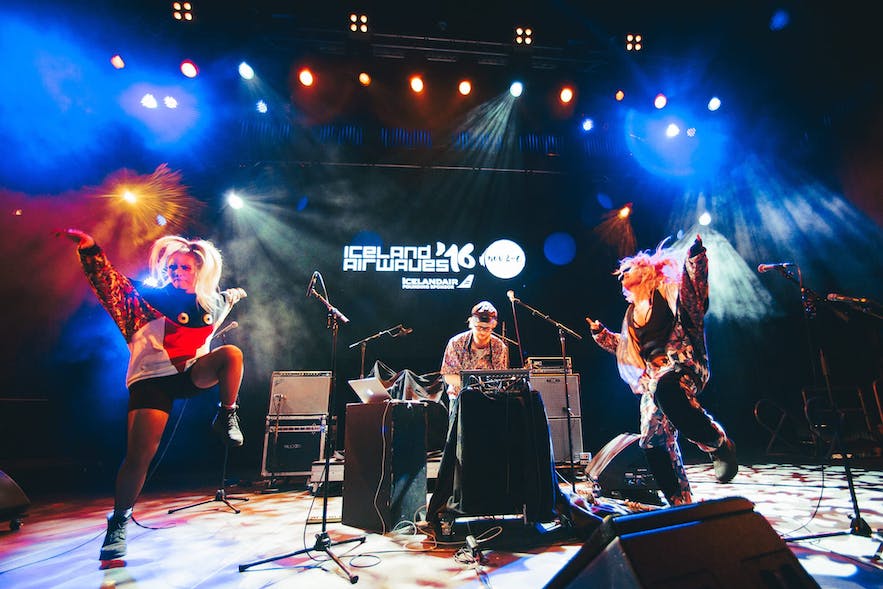 Since beginning in 2013, the band members have stuck together to become one of the shining lights of the Reykjavík music scene, famed for their high energy performances, good vibes and excellent production quality.

The band's lead singers are Gnúsi Yones, Steinunn Jónsdóttir and Salka Sól Eyfeld, the latter of which is also known for her place in the Icelandic hip-hop group, Reykjavíkurdætur ("Daughters of Reykjavík"), as well as her role of Soffía in the Icelandic mystery series, Trapped.

AmabAdamA is signed with the Icelandic record label, Record Records, also known for the wildly popular bands Of Monsters and Men and Agent Fresco.

The members of RVK Soundsystem are a staple monthly set at the local bars Boston and Paloma, providing a regular treat for the city's many reggae, dancehall and dub fans. 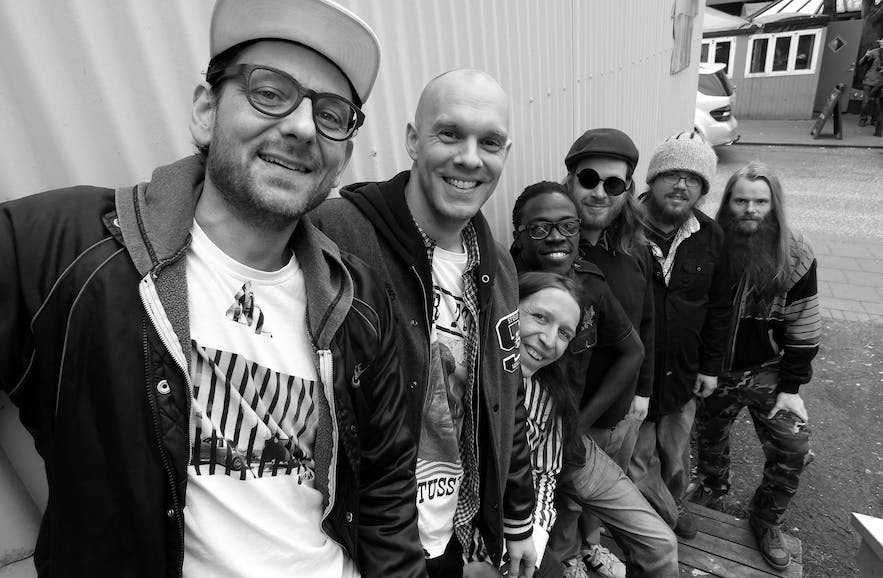 Consisting of seven local musicians and DJs—in no particular order; DJ Kári, DJ Cyppie, Kalli Youze, DJ Elvar, Arnljótur Sigurðsson, Gnúsi Yones and Teitur Magnússon—seeing the group live is widely considered to be on of the surest bets when looking for an exciting night out on the town.

Though the group still has yet to release an official and collective album, be sure to find a range of their tracks on their Mixcloud and Facebook pages. After all, it's always more satisfying to follow a band before they get big... and you can be sure that RVK Soundsystem will be just that.

Did you enjoy our article on Icelandic Reggae? Who were the favourite artists that you saw during your time in Reykjavik? Make sure to leave your thoughts and queries in the Facebook comments box below.

Where are the best venues for live music in Iceland? What type of live music is regularly performed in Reykjavík? Read on to find out all there is to …
Read more

Kaleo | Way Down We Go

How did Kaleo go on to become one of Iceland’s biggest known rock bands? How did they start, and how did they break the United States’ music scene? Wh…
Read more

Who is Páll Óskar? Why is Páll Óskar considered the King of Icelandic Pop? Where can you see him perform today? Read on to discover all about one of t…
Read more
Guide to Iceland
Explore Iceland
Music In Iceland
Icelandic Reggae... Really?