Hvalfjörður is a fjord in Southwest Iceland. The fjord is approximately 30 kilometres (19 miles) long and five (three miles) kilometres wide.

Take a tour of the South Coast to explore this region more.

The landscape of Hvalfjörður is varied and beautiful, with wide areas of flat land along majestic mountains, green vegetation in summer and beaches cut with creeks.

The area is rich in bird life and is home to seals, but despite its name, which translates to ‘Whale Fjord,’ it is not known for its whale or dolphin populations. Two theories exist on how it got its name; either that it was once home to whales before fish stocks moved away, or because of the general shape of the bay.

The area has recently been part of Iceland’s successful reforestation effort.

Natural attractions in the area are plentiful but most significant is Iceland's highest waterfall, Glymur, in the river Botnsá. There are also plenty of interesting hiking trails in the area, such as Síldarmannagotur, leading north, and Leggjabrjótur, leading east towards the area of Þingvellir National Park.

Historically, Hvalfjörður was home to one of the main whaling stations in Iceland, with ships heading out into Faxaflói Bay. It was one of the most important naval stations in the North Atlantic during World War Two, when Iceland was occupied by the Allies after the Nazis conquered Denmark.

The old whaling station and a war museum can be found in the fjord.

Iceland's main psalm poet, Hallgrímur Pétursson, writer of the ‘Passia Hymns,' lived in Hvalfjörður. The area was also the home of the late Sveinbjörn Beinteinsson, poet and performer and head of the Icelandic Pagan Association.

Most inhabitants of the fjord live in rural areas, and there is some farming in the area. Until the 1990s those travelling between Borgarnes and Reykjavík had to take a long detour around the fjord, but this was solved with a tunnel that travels beneath it, finished in 1998.

Grundartangi promontory in Hvalfjörður has one of the largest harbours in the country and two industrial plants. One is a ferrosilicon plant, operated since 1979, the other an aluminium smelter, operated since 1998. 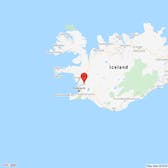 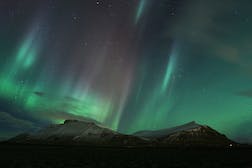 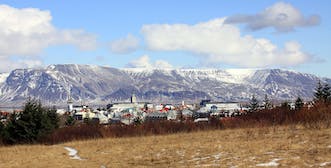 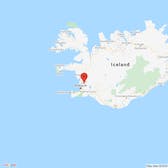 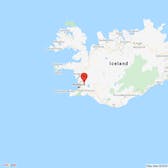