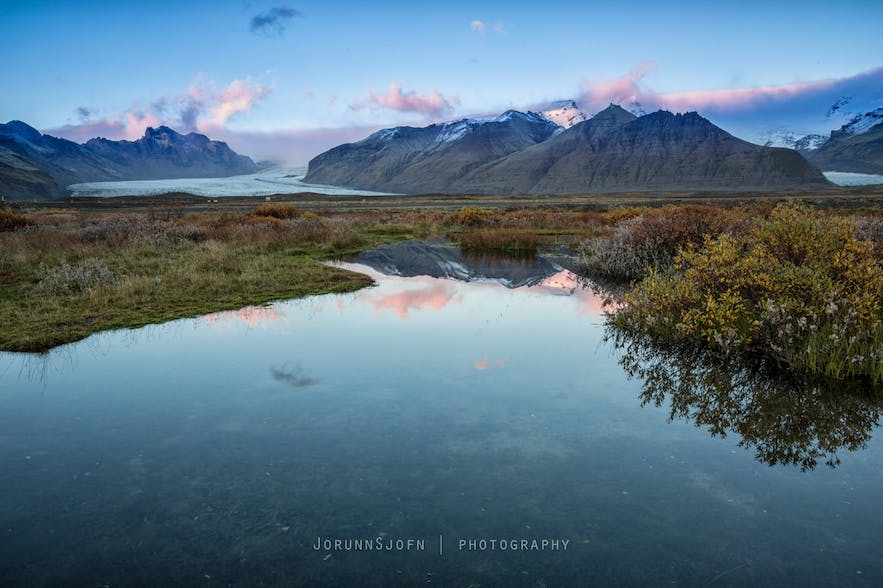 When travelling around Iceland this part of the country should not be left out because there are breathtaking sceneries and vistas wherever you go and great opportunities in terms of photography and outdoor activity of all kind.

The landscape can be compared with some areas from the Alps with mighty mountain peaks covered with snow along with variable glacier sceneries and volcanoes.

Iceland's highest summit, Hvannadalshnjukur, can be seen in this area. Characteristic for Skaftafell National Park is diversity and contrast and when travelling through there you will witness black sand plateau, vibrant glaciers, rivers and icy lagoons, volcanoes, majestic mountain peaks and dynamic floras.

The area has been used as a setting for a few films, depicting both a space planet in Interstellar, as well as countries as diverse as Nepal (in The Secret Life of Walter Mitty), Tibet (in Batman Begins) and Russia (in James Bond's A View to a Kill). 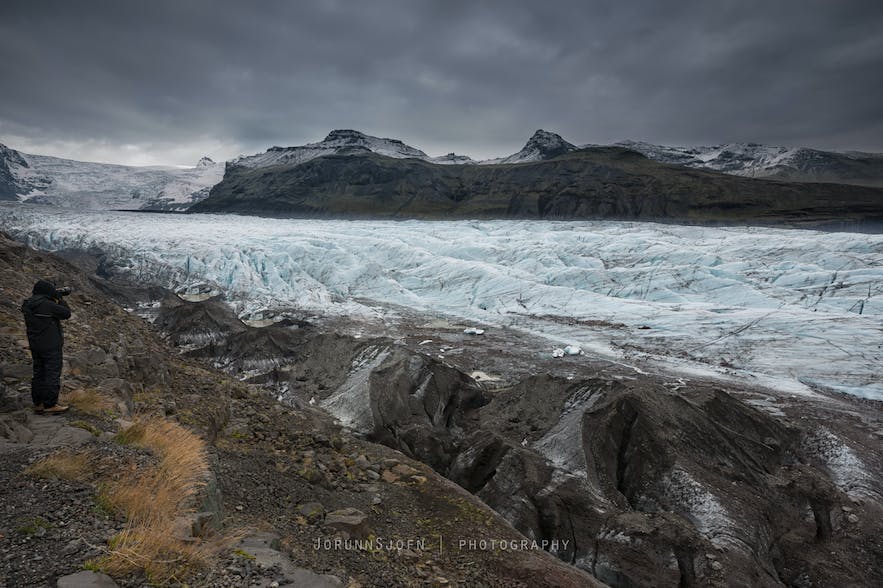 Skaftafell National Park is located by the roots of Iceland largest glacier Vatnajokull and once there you will witness plenty of its outlet glaciers cascading to the lowland, all with different names and characters.

You can even get very close to some of those glacier tongues and grand sceneries making one feel pretty vulnerable and small compared to this giant terrain and forceful nature. 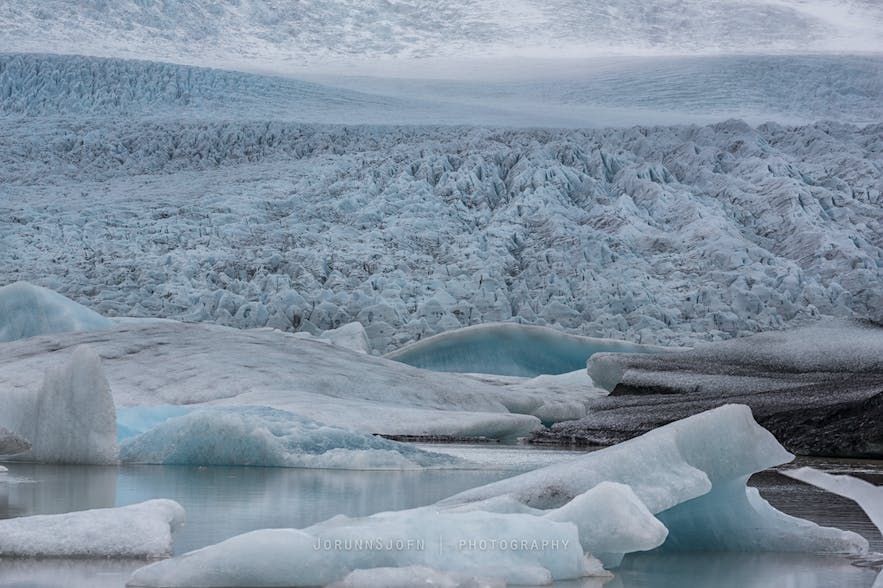 Skaftafell park is located in south eastern part of Iceland and to get there is pretty easy. You simply follow the main road number 1 about 330 km east from Reykjavík. There are no roads in the park but a lot of trails and paths offering different kind of hikes.

The beautiful Svartifoss waterfall is situated at the end of one of those trails making the hike worth everything. Svartifoss is a small waterfall but what makes it special is the black basalt lava wall surrounding it. 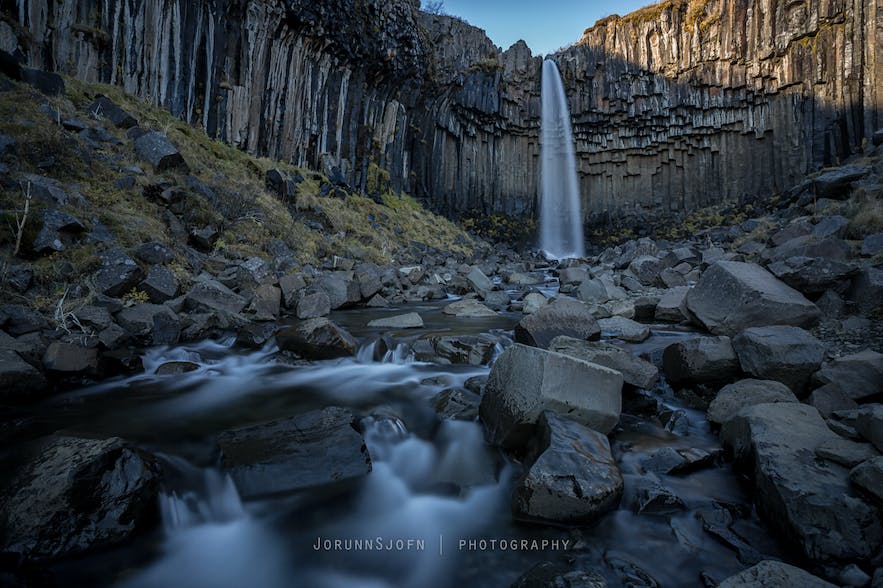 If you are into more extreme outdoor activity there are a lot of possibilities in this area. In the visitor centre located in the park you can get all the available information needed.

The beautiful glacier lagoon Jokulsarlon is not far away from Skaftafell park direction further east and of course a must visit area as well. 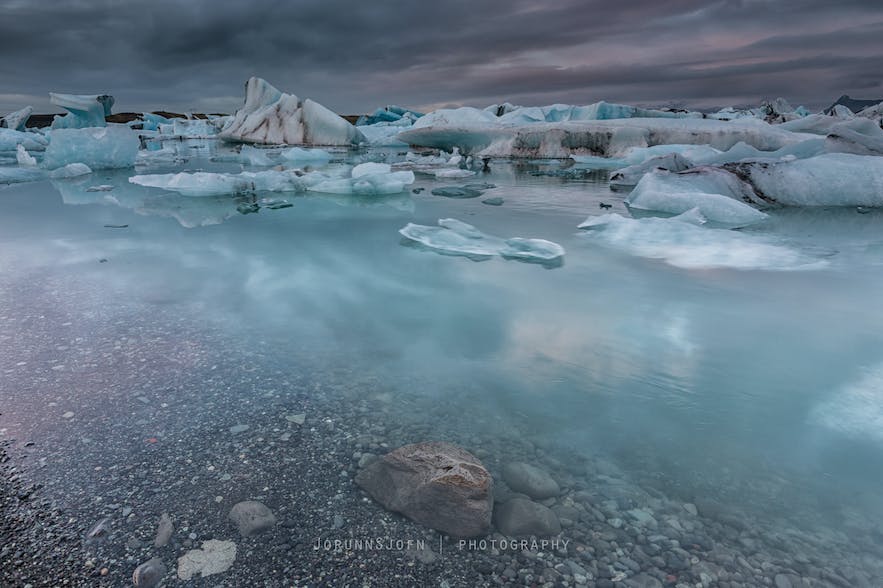 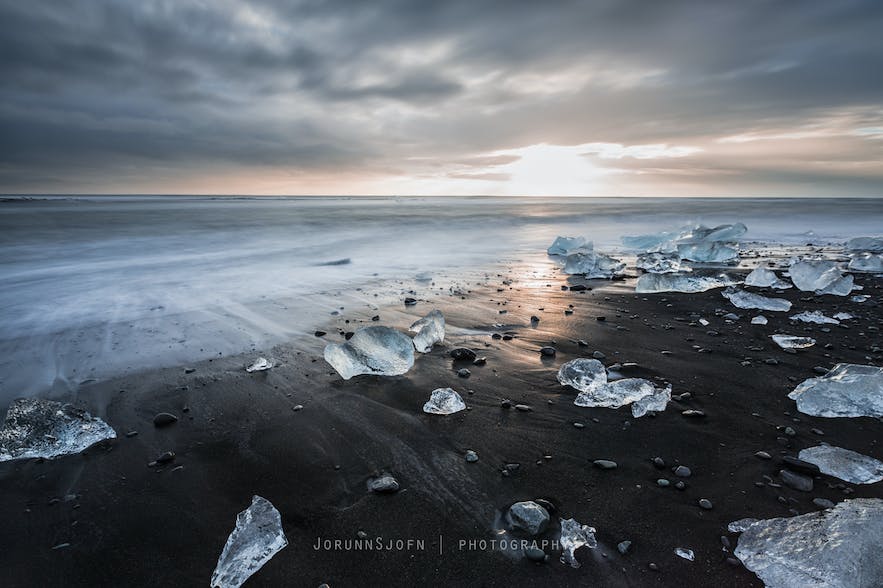 Ice cave tours in Skaftafell area (only in winter)