Iceland is known as 'The Land of Fire and Ice'. That is because it has both glaciers and volcanoes dotted around the island. How many glaciers are there in Iceland, where are they and what exactly is a glacier?

A glacier is a large, persistent block of ice. Glaciers only form on land when snow stays long enough in one place to turn into ice. Over years, centuries even, the snow is compressed into thick ice masses.

What's unique about glaciers is their ability to move. They crawl forwards due to sheer mass - like very slow rivers. Although glaciers are persistent, they slowly deform as they flow, creating crevasses, cracks, and sometimes beautiful glacier ice caves!

Natural glacier ice caves vary each year in size and shape, but they all have gorgeous ice formations and some spectacular blue ice in common. No wonder they are a popular travel attraction.

The natural ice caves are only accessible between mid-October or November (depending on the operator) to March each year, as they melt and break apart during the warmer summer months. 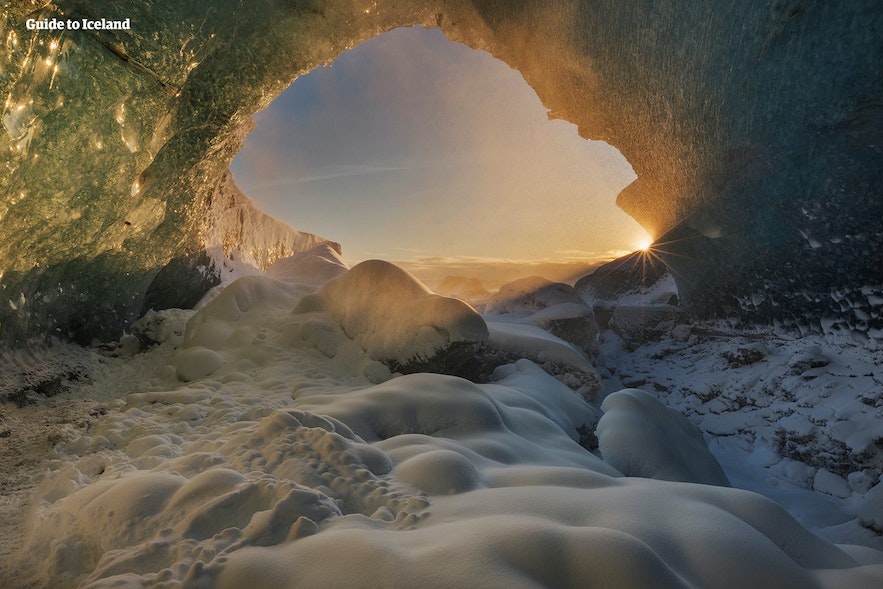 In Iceland, there are many volcanoes and many glaciers that have formed on top of active volcanoes. When the volcanoes erupt; the glacier ice above them melts very quickly, creating devastatingly destructive rivers called jökulhlaup, or a 'glacier run'. 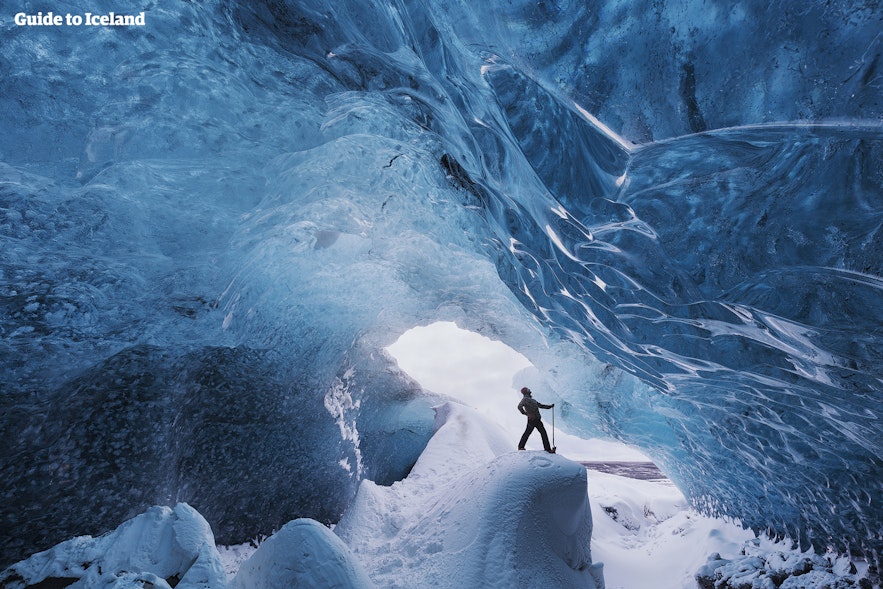 Jökulhlaup have for example destroyed bridges, and the remains of Skeiðarárbrú bridge can be seen on the way to Skaftafell, with a stunning view of Svínafellsjökull in the background. The remains of the bridge have now been turned into a picnic area, with informational signs about the 1996 glacial run that caused the destruction of the bridge.

More than 10% of Iceland is covered by glaciers. The most common ways for people to visit the glaciers are by going on snowmobile tours, glacier hiking, or ice climbing.

Read on for more information about the main glaciers that Iceland proudly takes its name from. 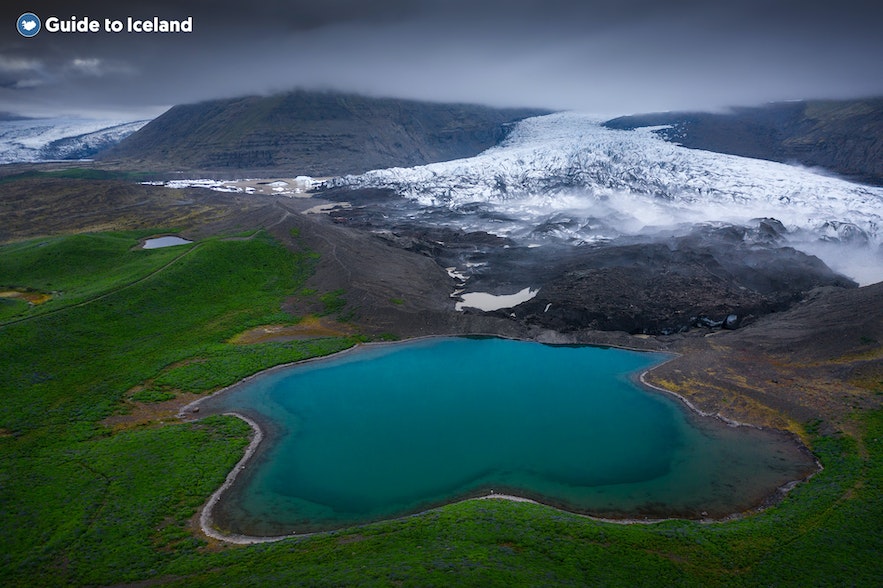 They are so many that I will not list all of them here. The most notable would be Öræfajökull glacier, a popular one for hiking since the highest peak in Iceland is located there: Hvannadalshnjúkur. 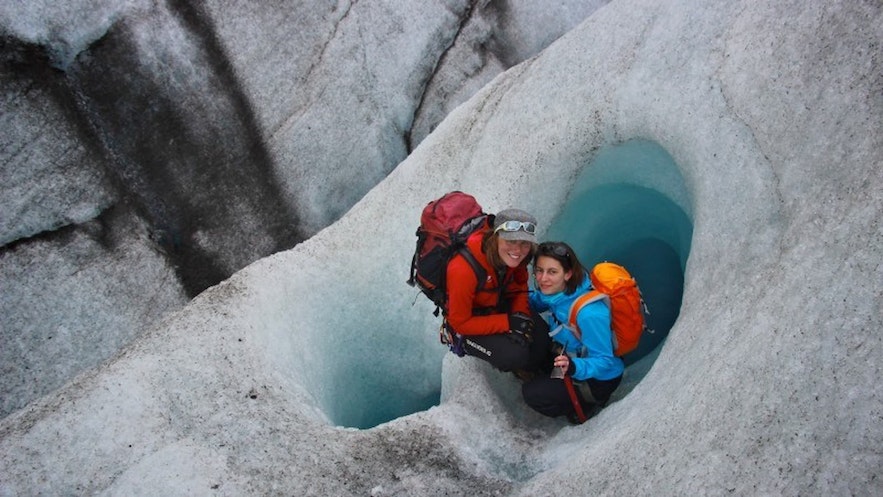 Another popular glacier tongue is Svínafellsjökull, and glacier hiking tours from the nearby Skaftafell Nature Reserve often head there. Svínafellsjökull is also famous for being the filming location for scenes in both Interstellar and Batman Begins. 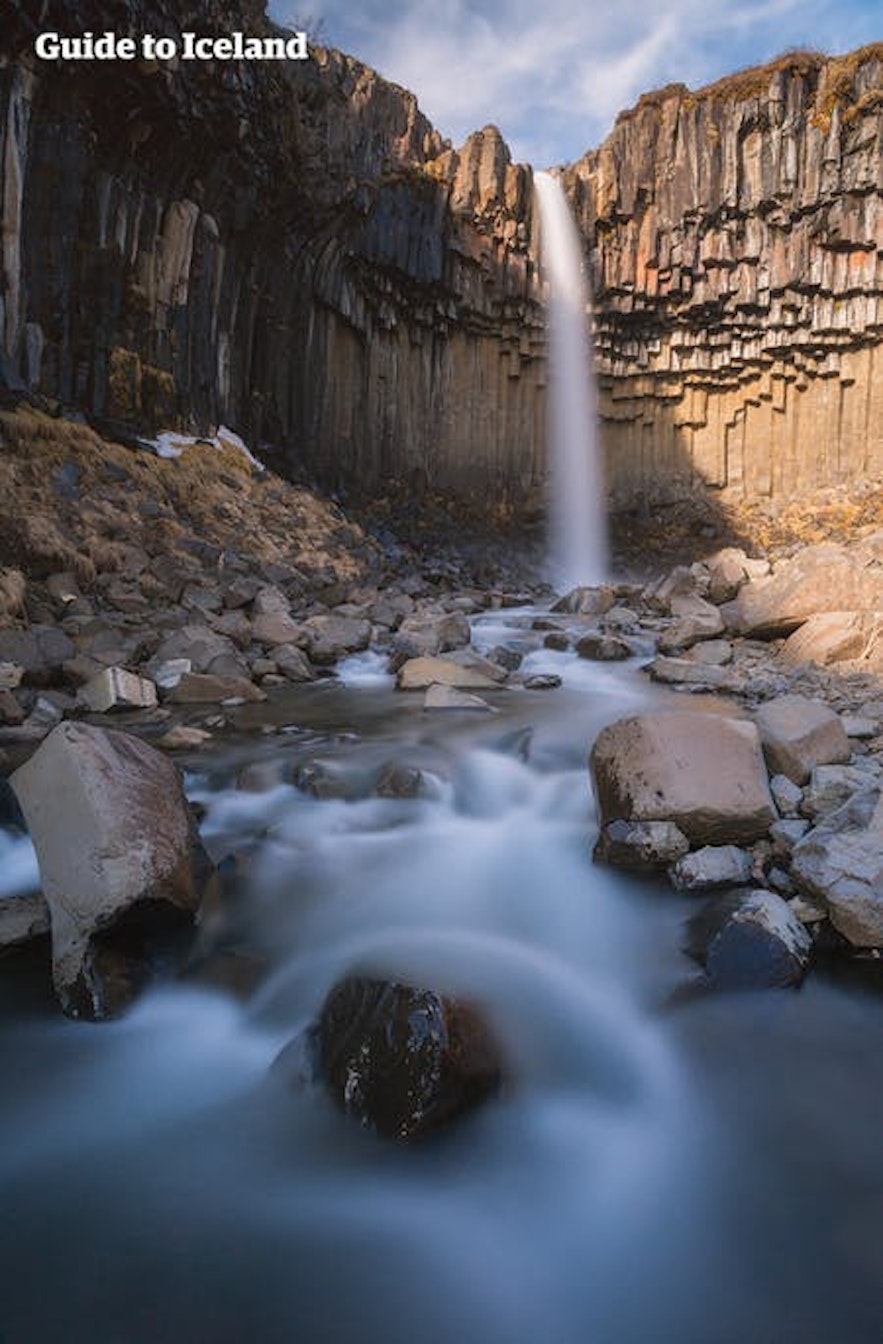 However, the most popular information center for Vatnajökull National Park is still at Skaftafell Nature Reserve, where you can also find a campsite, cafeteria, the start of numerous hiking trails, and the meeting point for glacier hikes. 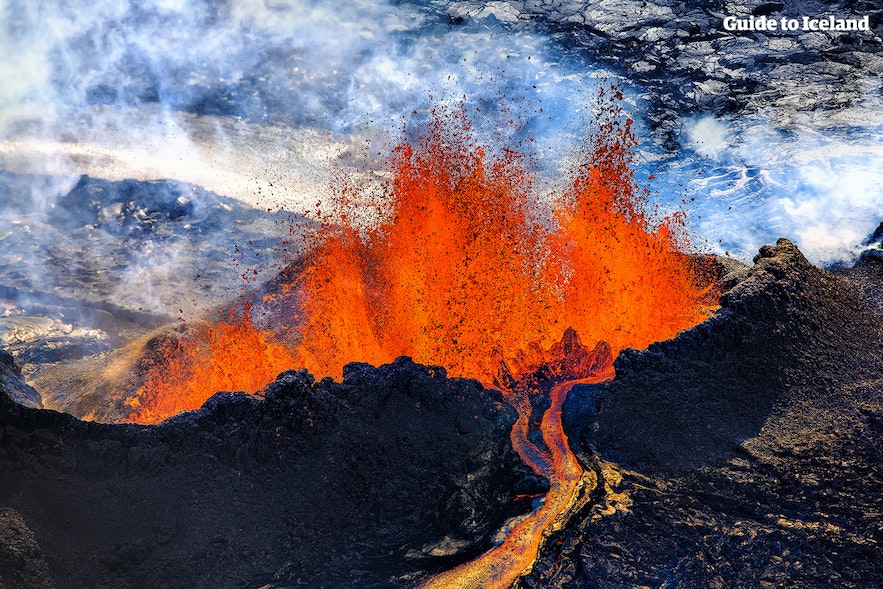 The most active volcano system in the country, Grímsvötn, is situated in the Vatnajökull glacier. The last eruption to take place there, was at Holuhraun in Bardarbunga, from August 2014 until March 2015. 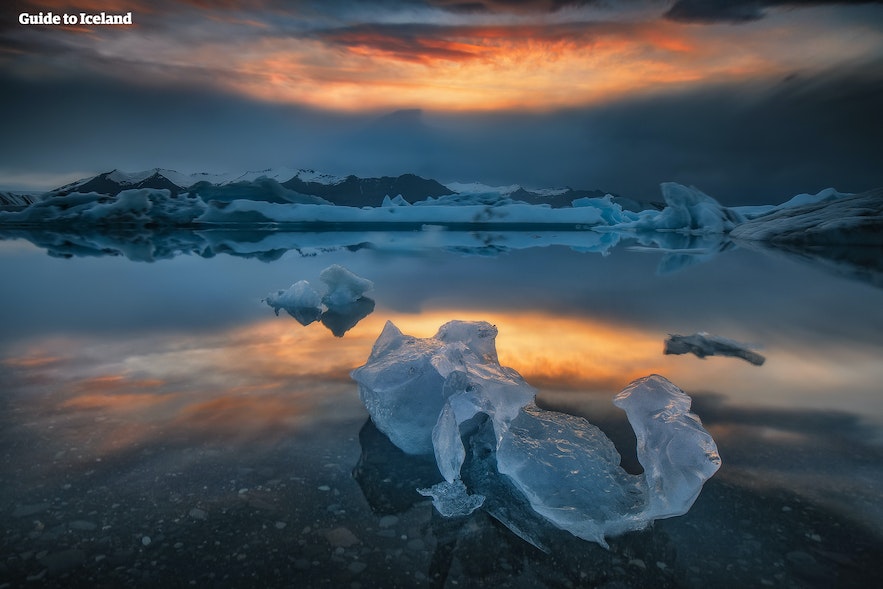 You can also find the beautiful glacial lake Jökulsárlón on the southeast side of the glacier. Jökulsárlón glacier lagoon is extremely beautiful, and Iceland's deepest lake. In it, you'll see a number of large icebergs that have broken off the glacier itself. 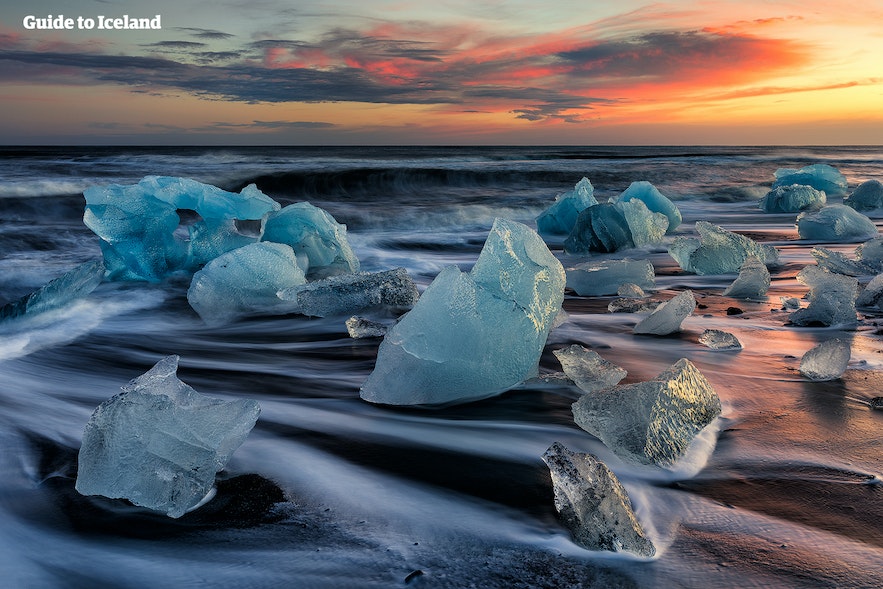 Not far from the lagoon, you can also find Iceland's Diamond Beach, where the icebergs that have become small enough to wash out to sea have been tossed back to shore and slowly wait to melt on the black sands.

Vatnajökull National Park covers the entire glacier and an extensive area all around it and is the largest national park in Europe, a total of 12,000 km2 (4,600 sq miles)! 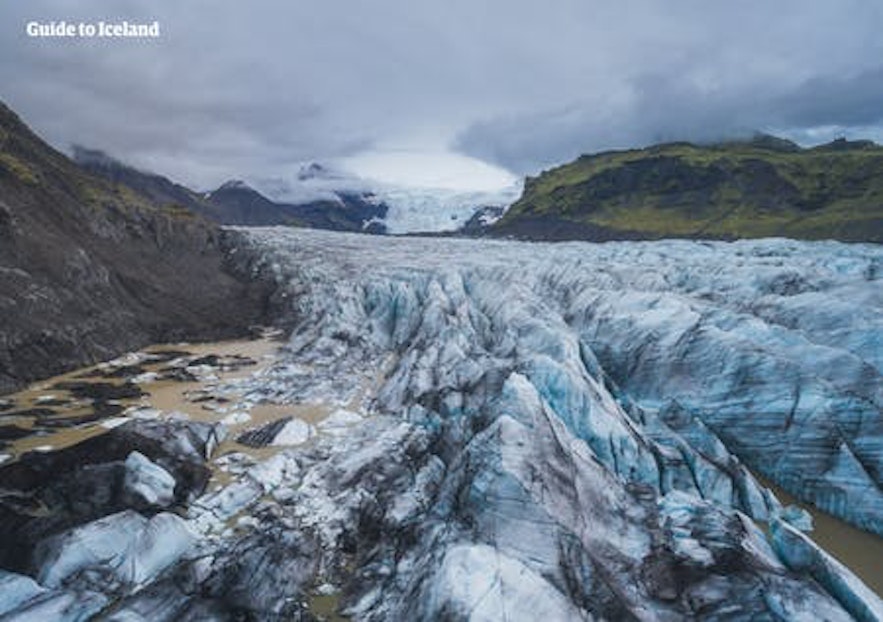 It's hard to explore it in detail due to its enormous size, but the easiest way to see the glacier is by visiting Skaftafell and Jökulsárlón, as well as drive alongside it on the east side. In order to see the north or west side of the glacier, a 4x4 car is necessary and it can only be done in the summertime. 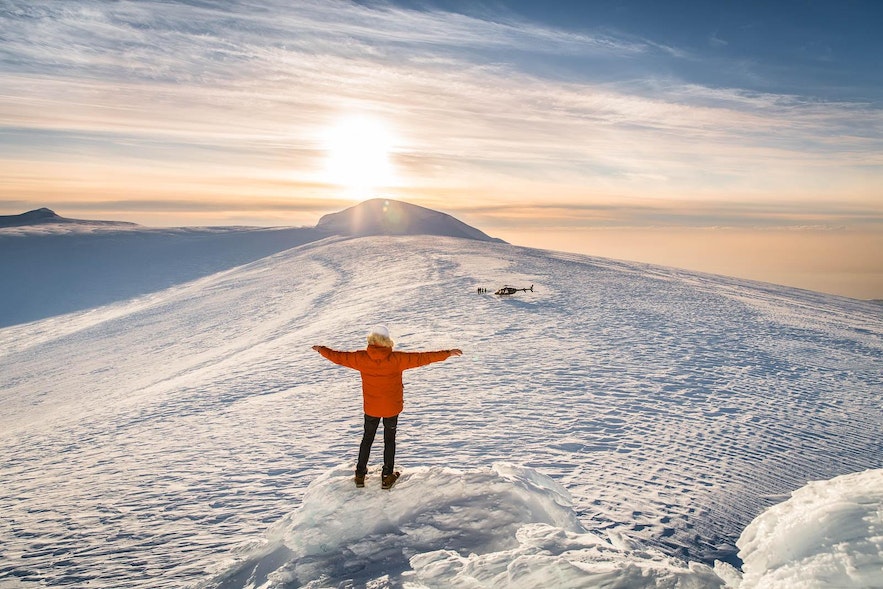 Photo from: Helicopter Tour | The Golden Circle & Touchdown on Langjökull

Langjökull is the second biggest glacier in Iceland. The name means 'Long glacier' and derives from the shape of the glacier. It is situated in the west of the Icelandic highlands and can easily be seen from Geysir.

Langjökull is very popular for snowmobiling tours in combination with The Golden Circle, seeing as it is such a short drive from Gullfoss waterfall. Going snowmobiling on the glacier is the best way to cover a large section of it and get a feel for the glacier. 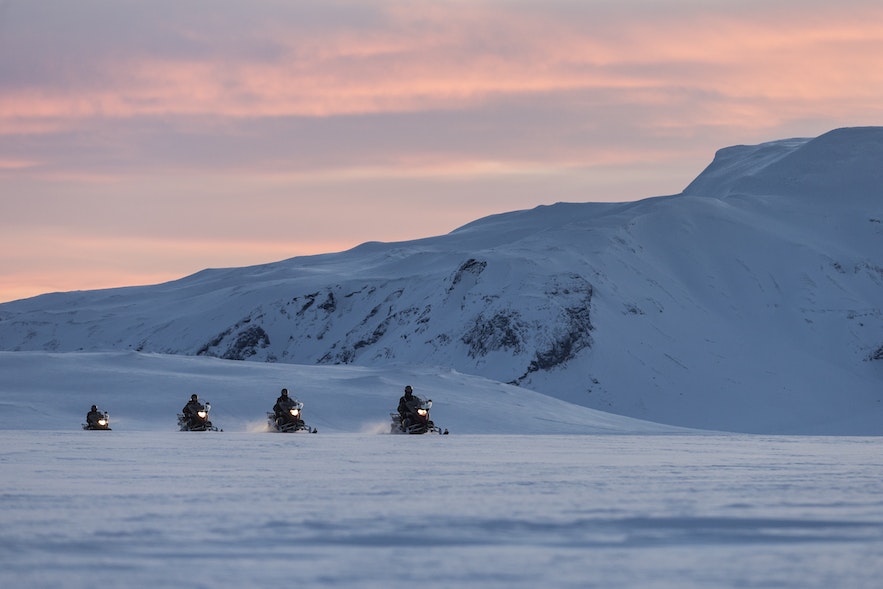 If you don't want to traverse the glacier on a snowmobile, then you can also explore it from the inside!

Since 2015 it has been possible to go and explore Langjökull glacier from the inside, as man-made ice cave tunnels have been made into the glacier.

You can choose to go on an ice cave tunnel tour, or even throw a party or get married inside the glacier seeing as there is even an ice chapel inside. There is also a natural crack inside the tunnels that you can see pictured here above.

Additionally, there are 2 active volcanoes in Langjökull glacier. 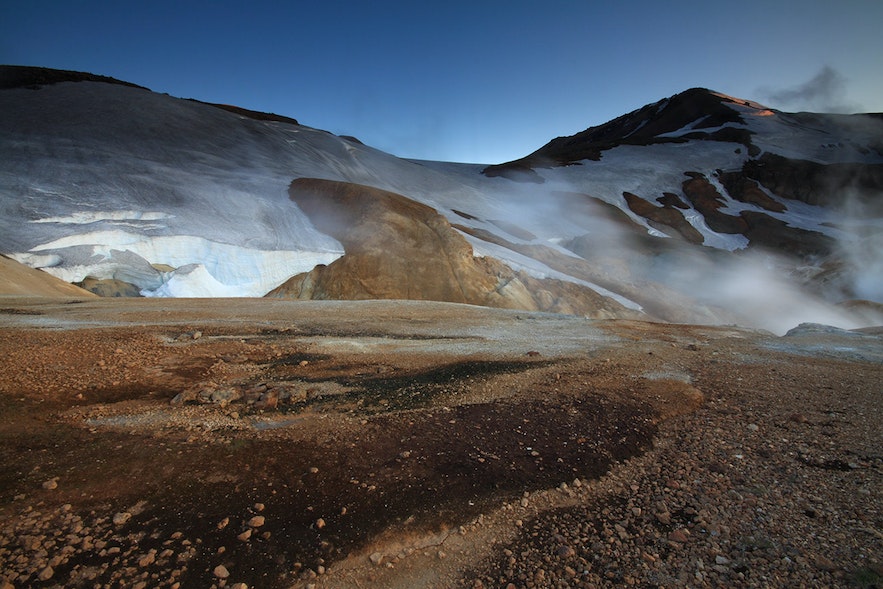 Hofsjökull glacier is the third biggest glacier in Iceland, and one of the hardest to reach. It is situated in the middle of the Icelandic highlands. The highlands are only accessible during summertime, and then only with a 4x4 car and preferably with a guide that knows the area well. 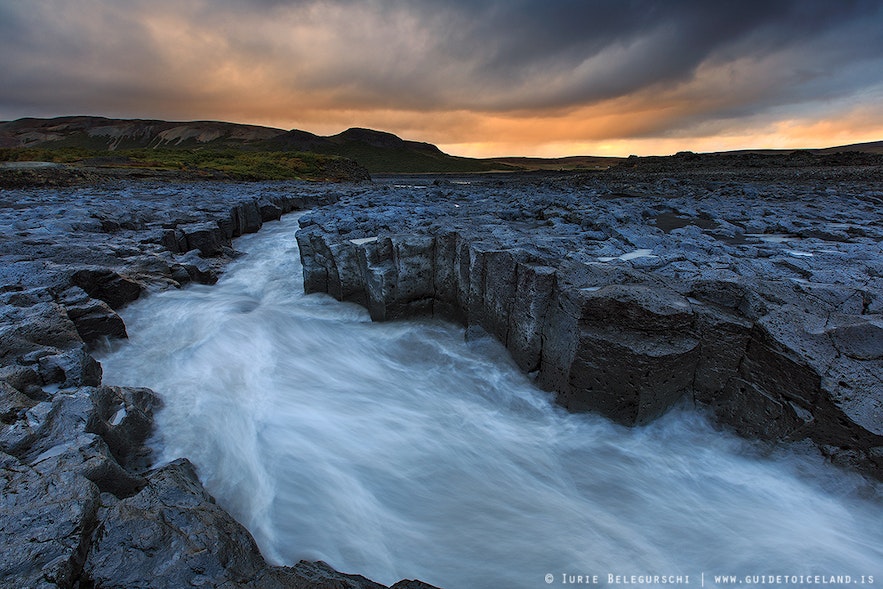 Hofsjökull is the largest active volcano in Iceland, a shield with a caldera. It is also the source for various rivers in Iceland, including Þjórsá, Iceland's longest river.

The road Kjölur runs between Hofsjökull and Langjökull, connecting the south to the north of the country. The Kjölur road is a part of the highlands and therefore only accessible during summertime.

Mýrdalsjökull glacier is the fourth largest glacier in Iceland and is right next to Eyjafjallajökull glacier, which is the sixth-largest in the country. Both glaciers are situated in the south of Iceland.

Although Mýrdalsjökull is larger than Eyjafjallajökull and holds one of the largest and most active volcanoes in the country, Katla, Eyjafjallajökull has become more known in recent years because of its 2010 eruption. 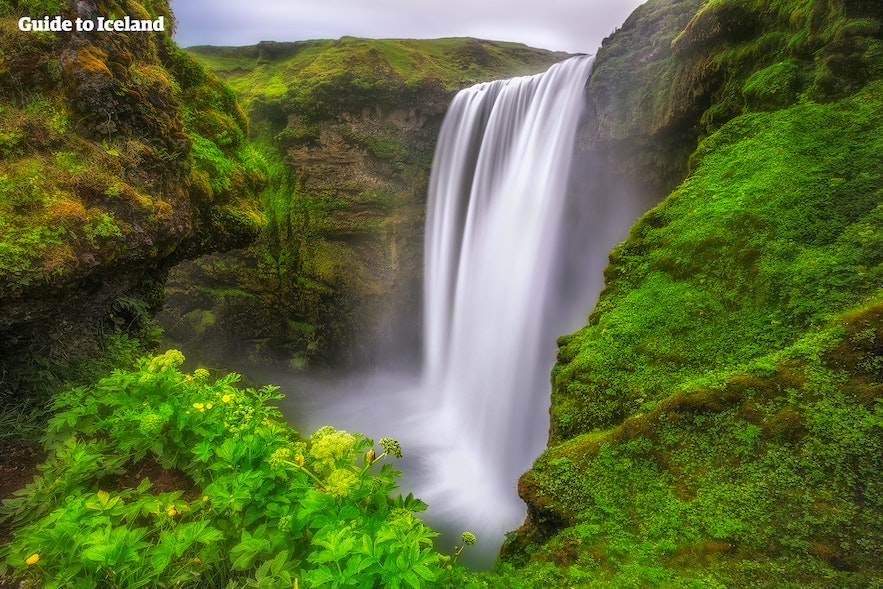 Between the two volcanoes is a very popular hiking path called Fimmvörðuháls, which now brings people right on top of the newly erupted volcano where there is a newly formed, still warm, mountain. The start of the hiking path is the staircase right next to the popular Skógafoss waterfall. 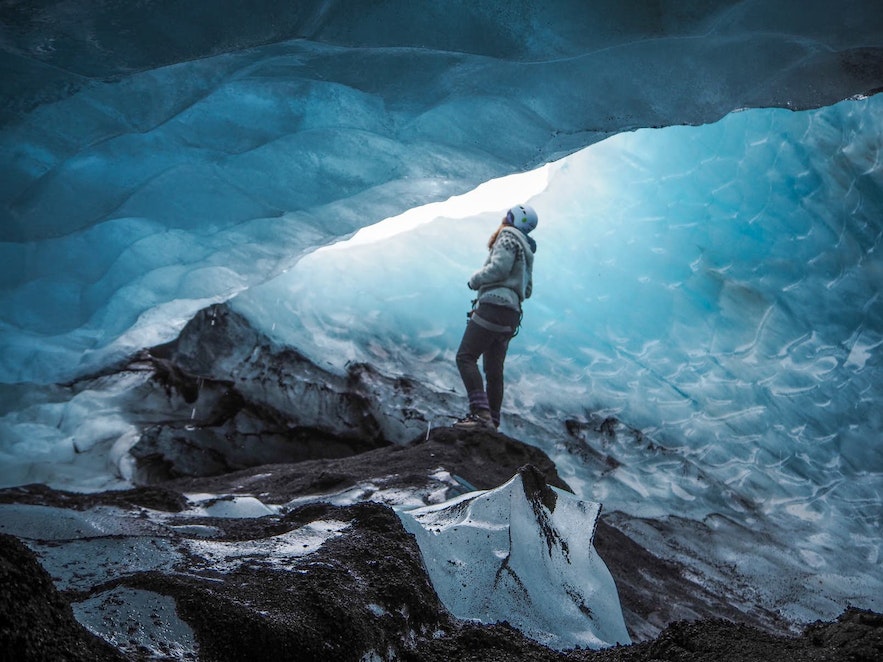 Sólheimajökull glacier is actually a part of the larger Mýrdalsjökull glacier. Sólheimajökull is a so-called glacier tongue and is a very popular location for ice hiking and ice climbing since it's easily reached from the ring road.

Sólheimajökull is rugged and full of impressive ice crevasses, making it an ideal location for glacier hikes and ice climbing. You might even come across some small ice caves or tunnels when exploring Sólheimajökull glacier. 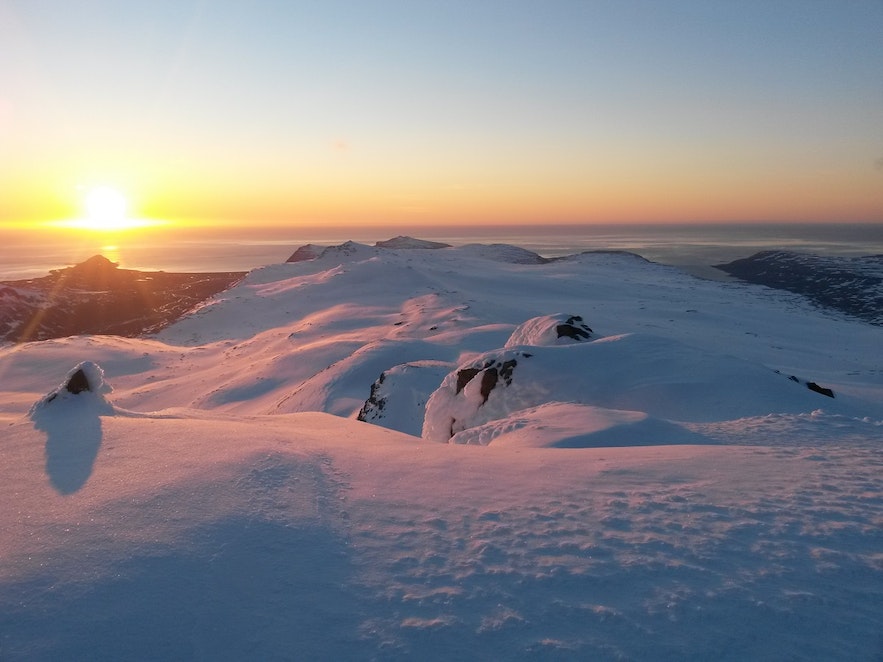 Drangajökull glacier is situated in the Westfjords and is the fifth largest in the country. It is the only glacier in Iceland that has not decreased in size during the past few years and is also the only glacier that is entirely below 1000 meters. 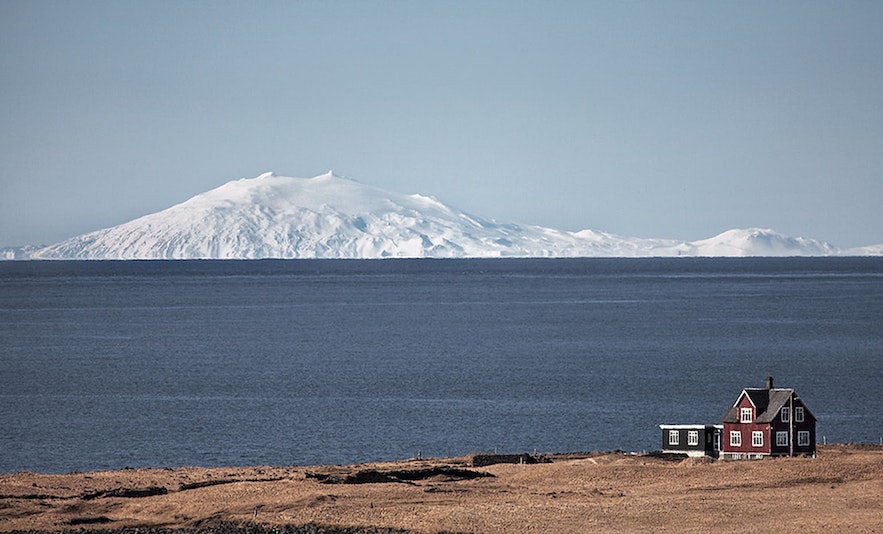 Snæfellsjökull glacier is not one of the largest glaciers in Iceland, only the 13th largest - and sadly it is rapidly decreasing in size.

It is nonetheless one of Iceland's most famous glaciers. It is situated on the tip of Snæfellsnes peninsula and can be seen from Reykjavík on a clear day, like a crown across the Faxaflói bay. 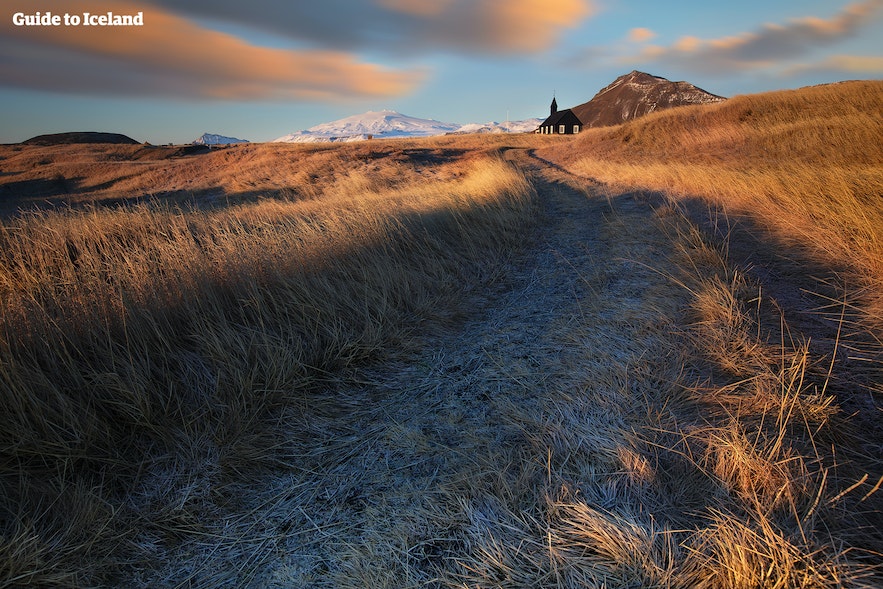 Snæfellsjökull was eternally made famous in Jules Verne's Journey to the Centre of the Earth, as the entry point to the center of the earth. In August 2012 the summit was ice-free for the first time in recorded history.

The surrounding area is stunning and full of lava fields, black and golden beaches, birds and seals, waterfalls, peculiar rock formations, and cliffs. Snæfellsnes peninsula is easy to reach, and it's possible to drive all around the Snæfellsjökull glacier or hike to its top. A 4x4 car is recommended to drive the mountain road on the east side of the glacier.