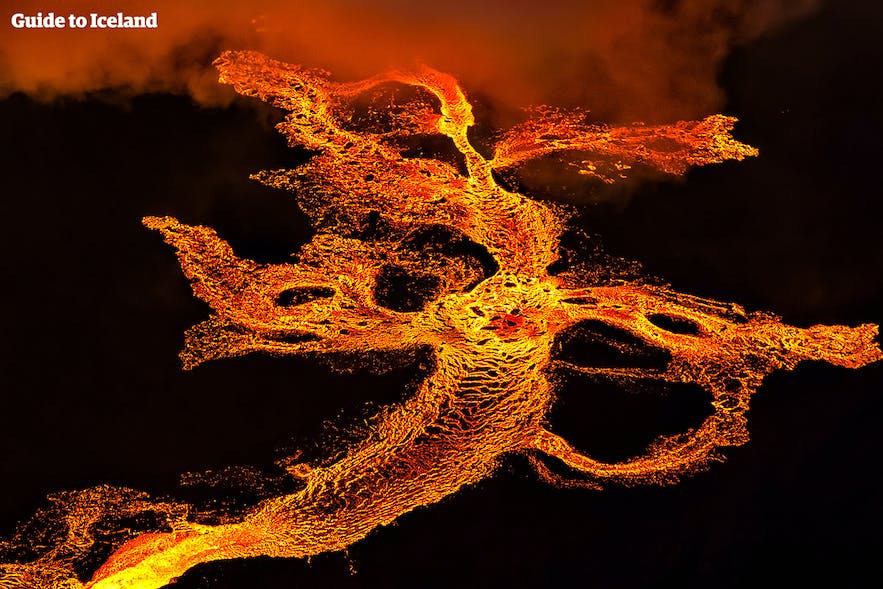 One third of the magma that has erupted onto earth's surface for the last 10 000 years has come from Iceland. The island itself was formed out of the ocean some 24 million years ago by volcanic eruptions, and with 30 active volcanoes and more than 200 more spread across the country - it's probably the best place in the world to take a volcano tour.

Here below are a few documentaries about Icelandic volcanoes:

Volcanic Ash Chaos: Inside the Eruption

While planes were stranded everywhere in 2010 a team from the National Geographic flew into the volcanic eruption of Eyjafjallajokull to film it right from the beginning. They also seem to enjoy reminding us of how the nearby volcano Katla, can make Eyjafjallajokull look like a match in the wind.

A documentary about the disastrous volcano Laki. Its eruption in 1783 lead to a famine that killed one quarter of the Icelandic population. And it's estimated that around six million people died globally, making it the deadliest eruption in written times. A documentary in six parts from the BBC.

A documentary from 2012 that explores the aftermath of the 2010 volcanic eruption of Eyjafjallajokull, which translates to Island-mountain-glacier. It caused a black cloud of ash to form over Europe and disrupted air traffic worldwide.

Kate Humble goes to Iceland to learn about the likelihood of an eruption like this happening again, she meets the locals, talks to scientists and even enters a magma chamber. With amazing footage from the BBC.

Deadliest volcanoes in the world

Finally, have a look at some of the deadliest volcanoes in the world, courtesy of the History Channel.