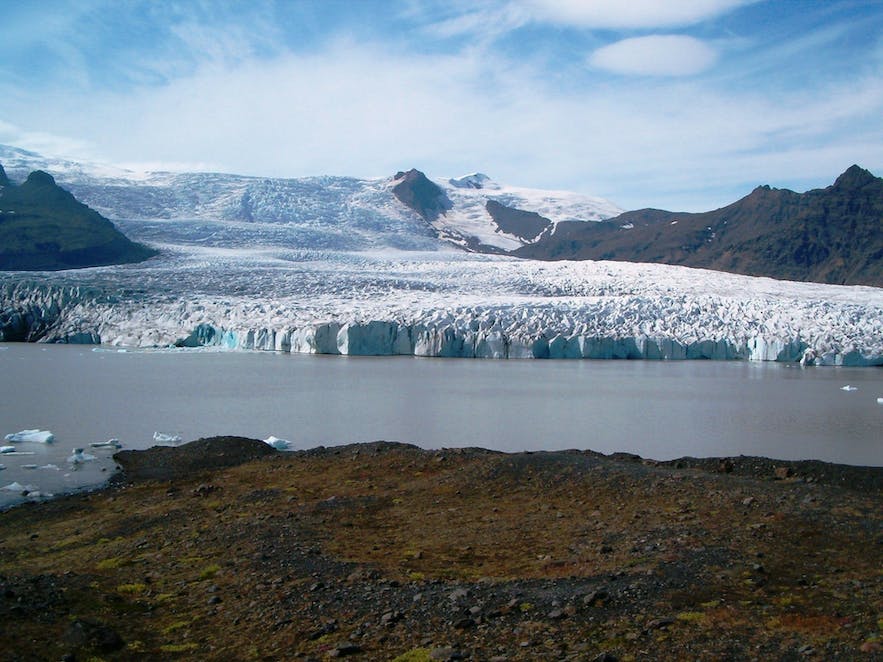 Breiðárlón is a gorgeous, yet often overlooked glacier lagoon, that can be found at the south end of  Vatnajökull glacier, just five minutes drive from its more famous counterpart, Jökulsárlón.

Explore this location while on a self drive tour in Iceland.

Jökulsárlón has long been declared "The Crown Jewel of Iceland", but it is far from being the only glacial lagoon in the country. Breiðárlón is, arguably, the second favourite amongst guests due to its views and tranquil atmosphere.

Despite Breiðárlón not having any resident seals living in the water, and the fact that the icebergs do not reach the gargantuan size as seen in Jökulsárlón, the lagoon boasts incredible views of the surrounding scenery, including the glacier tongue, Breiðamerkurjökull.

Breiðárlón is a particularly apt choice for nature enthusiasts and landscape photographers, especially if one is looking to avoid large crowds. As aforementioned, only a short distance away is Jökulsárlón and the  Diamond Beach, where the icebergs float from the lagoon out toward the Atlantic Ocean.