Kálfshamarsvík is a little-known cove in north Iceland that is home to rare hexagonal basalt columns. It is found well off the beaten track, on the tip of the Skagi Peninsula.

Discover this hidden gem by choosing from a range of self-drive tours.

Photo above by Regína Hrönn Ragnarsdóttir

Unlike many of the beaches in Iceland, Kálfshamarsvík is not composed of black sands but of large pebbles. The volcanism of the country, however, is still very apparent in the basalt columns that line the cliffs.

These rare phenomena form in perfect hexagons, so unusual and symmetrical it appears that they were carved by hand. They are created under very specific conditions, when thick flows of basalt lava cools, contracts and cracks into geometric shapes. Even in a country with as much volcanic activity as Iceland, they can only be found in a few other places. 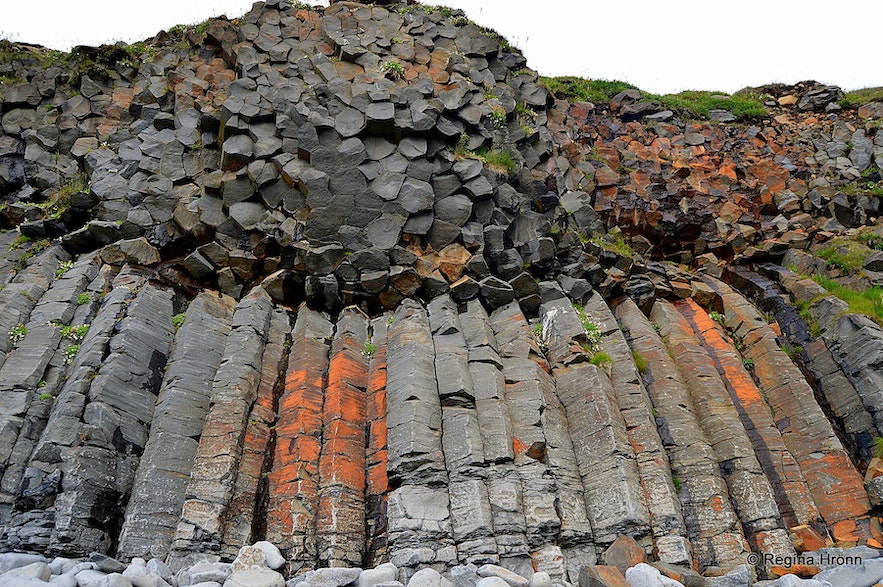 The most impressive basalt columns can be found at the cliffs of Kalfshamar, which require guests to clamber a little to reach.

Kálfshamarsvík does not just boast geological wonder; it also has a history as an old fishing station, and the ruins of the abandoned hamlet can be hiked around. There is also a picturesque art deco lighthouse, which was erected in 1940. 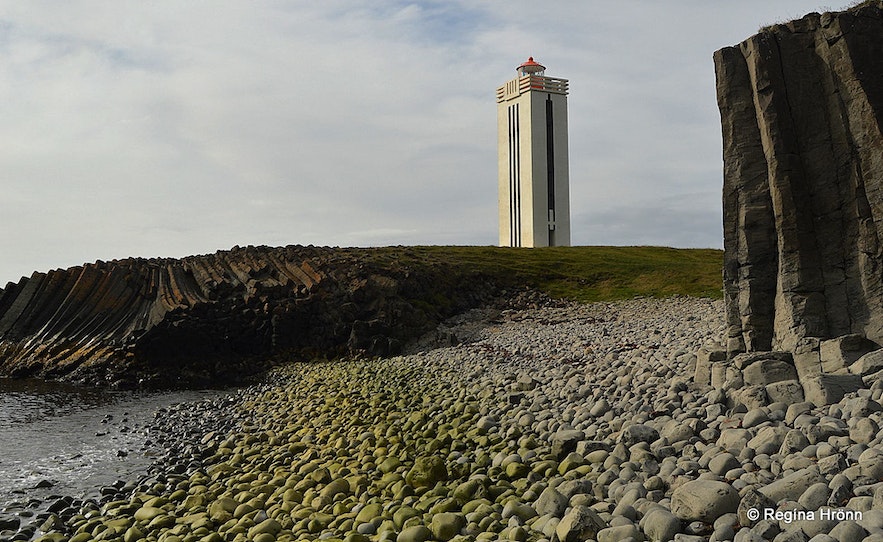 Kálfshamarsvík is 24 kilometres north of the town of Skagastrond, reached by driving Route 745 for 25 minutes along the beautiful Húnaflói bay. This area is most often visited by travellers renting a car and driving independently, as it is a little off the beaten track; the major sites of north Iceland, such as Akureyri and Lake Mývatn, are 184 and 263 kilometres away respectively.

Some Ring Road tours and north Iceland excursions, however, will visit this region.

Other sites around Kálfshamarsvík include the turf houses of Glaumbær and Varmahlið, as well as the beautiful fishing villages of Blönduós, Sauðárkrókur and Hofsós, all of which can be reached within 90 minutes by car. Hofsos is particularly notable as it is home to an infinity pool and even more basalt columns. The surrounding area is defined by spectacular fjords, towering mountains, and verdant farmland.