The Ultimate Guide to Hunting in Iceland

Can you hunt in Iceland? What are the rules? How do you get a permit? What animals can you hunt? We have all the answers to your hunting questions below.

When it comes to Iceland, fishing is probably the closest most would think the nation gets to hunting. The country was almost solely dependant on fishing until the last century, but hunting is, in fact, a sport many Icelanders take part in.

In recent years, the varied landscapes and fascinating geology of Iceland have brought hunting enthusiasts to the country for an entirely different kind of experience. The primary hunting season in Iceland goes from autumn to winter. There are some things you might want to know if you are thinking of taking a hunting trip to Iceland.

Read on to find out more. 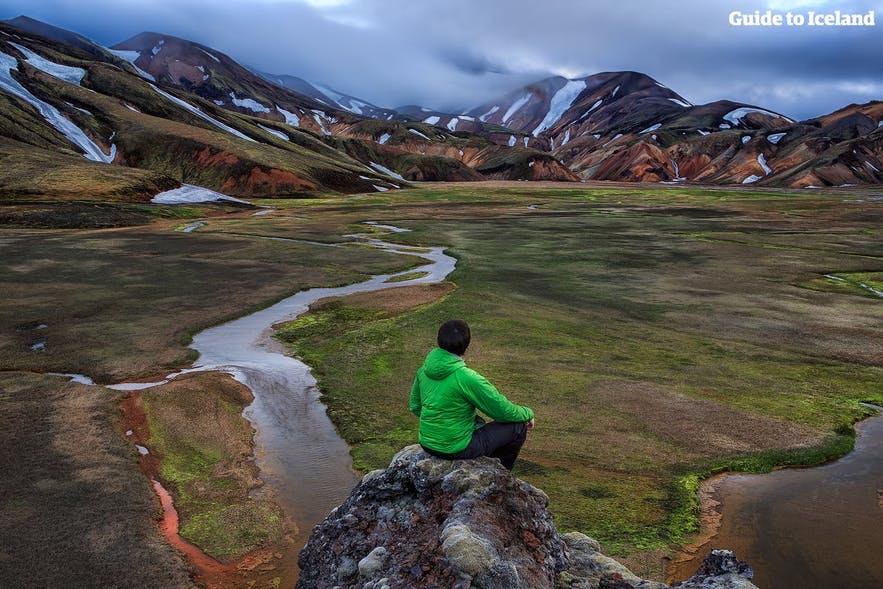 Iceland’s gun laws are incredibly strict. This has lead to the nation having an incredibly low rate of gun crime despite quite high levels of gun ownership. It’s not a very well known fact, but there are over 90,000 guns in Iceland. With a population of just 350,000, there are enough guns for over a third of the people in Iceland. Despite the high rate of gun ownership, there hasn’t been a gun-related death in the country since 2007.

According to the law in Iceland, automatic weapons and handguns are illegal. The process of getting a gun license in Iceland is also quite involved. To obtain a gun license, you must pass a psychological evaluation and a substantial criminal history check. Then you have to pass an assessment by a doctor which includes an eye test. 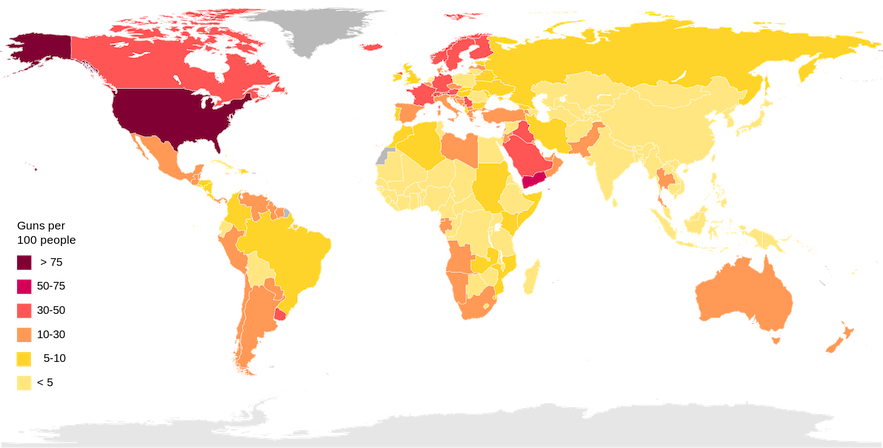 Photo from Wikimedia, Creative Commons, by Elekhh. No edits made.

Next, you need to purchase and read two books; attend a three-day course; score no lower than 75% in an exam on gun safety, management, and what animals are forbidden for hunting; then pass a practical exam to prove you know the processes for safe gun operation.

Then once you have obtained a gun license, you need to show you have a reliable gun safe to store it in. If you manage to get through all that, congratulations you are a gun owner. There’s no such thing as a free gun with any toaster purchase at the supermarket in Iceland. 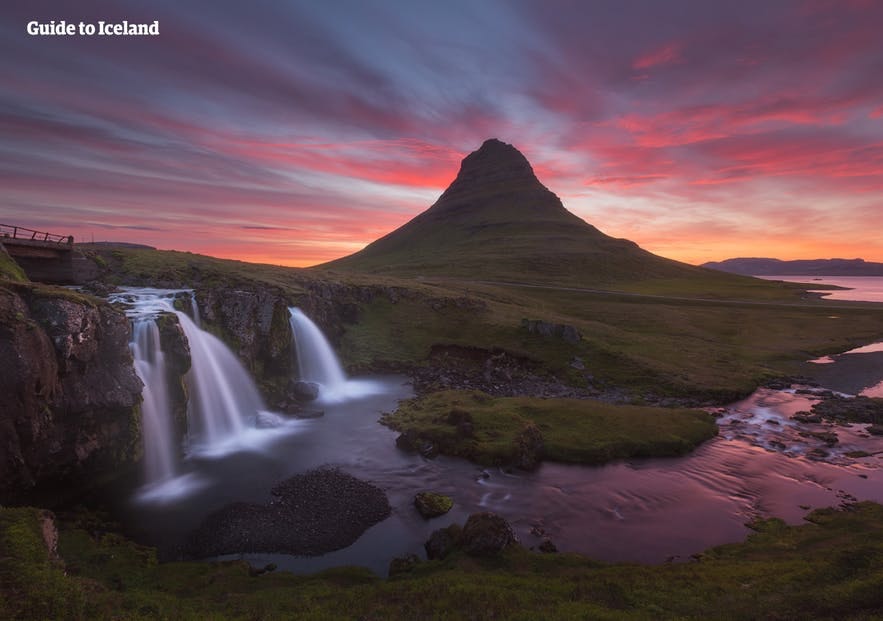 If you are planning on taking a hunting trip in Iceland, you will first need to know that you won’t be able to bring your own gun here. To operate a gun as a foreigner visiting the country, you need to get a short term hunting license.

The local police will issue a short term hunting license. To get one, you need to provide a valid hunting license from your country of citizenship. As with most foreign licenses, it will need to be in a Latin alphabet. Otherwise, you will need to bring an official translation of the permit in English. 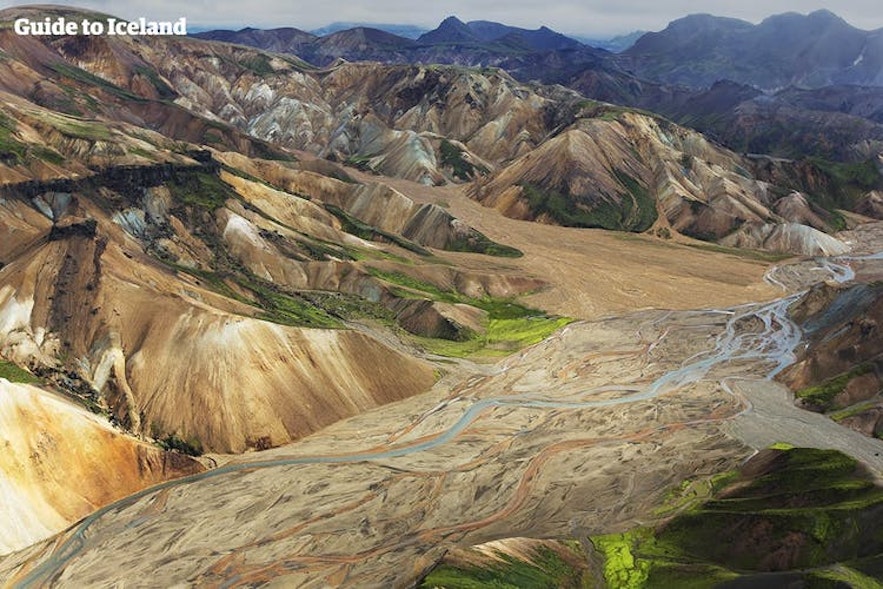 As a visitor to the country, you won’t be able to have a local gun registered to you, so it is always a better idea to go hunting with a local. As hunting is a more specialised sort of tour experience that has more involved preparation, it is better to organise it on an individual basis. If you are interested in organising a hunting trip in Iceland, you can contact info@guidetoiceland.is to sort out the details.

Most of the animals in Iceland are entirely off-limits for hunting. This is because the native species that live here are protected. There are a few that people are permitted to hunt. 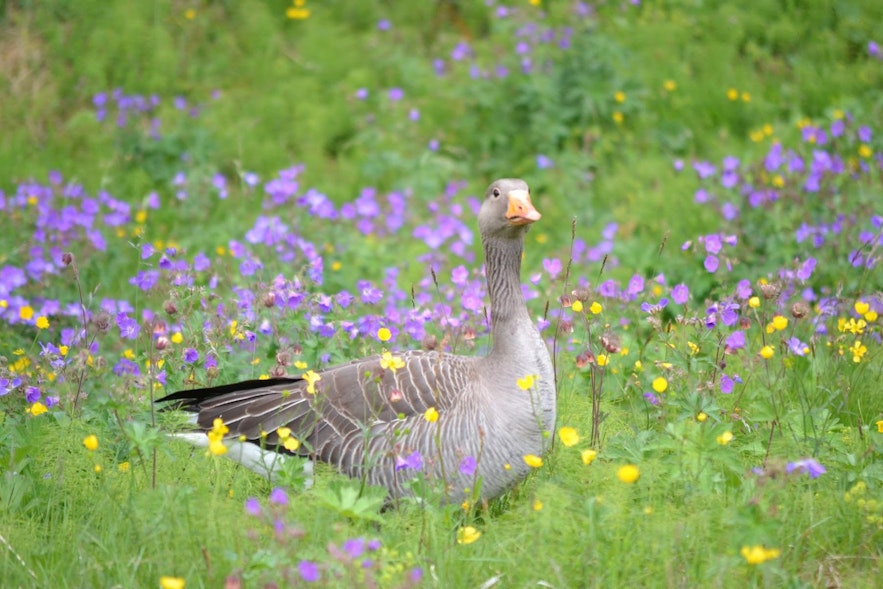 Photo from Wikimedia, Creative Commons, by John Engel. No edits made.

There are several species of goose that are hunted in Iceland. The graylag and pink-footed geese are quite abundant here. Barnicle and brent geese also regularly make stops here while they migrate from the UK to Canada.

To maintain the numbers of geese, there is a limit of 16 geese per gun, per day.

The goose hunting season begins in late August and lasts till late September. 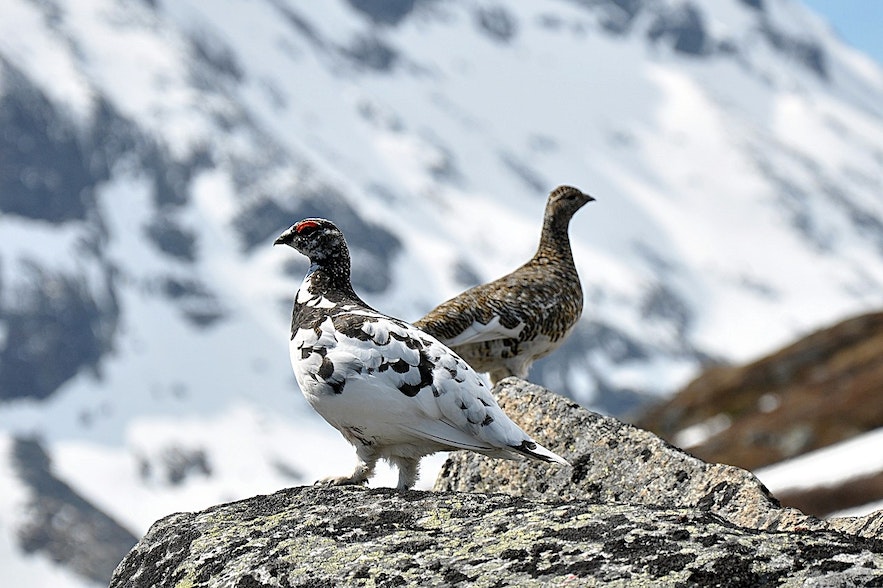 Photo from Wikimedia, Creative Commons, by Jan Frode Haugseth. No edits made.

This species of bird is popular as festive meat in Icelandic cuisine. Seasoned ptarmigan hunters often refer to it as a ‘walking sport’ because searching for the right spot usually requires a lot of hiking over snow-covered terrain.

The bird is brown in summer and white in winter, making it very adept at camouflage. As a species, the ptarmigan is quite predictable in its behaviour, often dictated by food and weather. It tends to stick close to its natural habitat (rocky mountainsides) either alone or in small clusters.

The ptarmigan hunting season starts in late October and lasts for four to five weekends. Hunting during these weekends is only permitted on Friday, Saturday and Sunday. 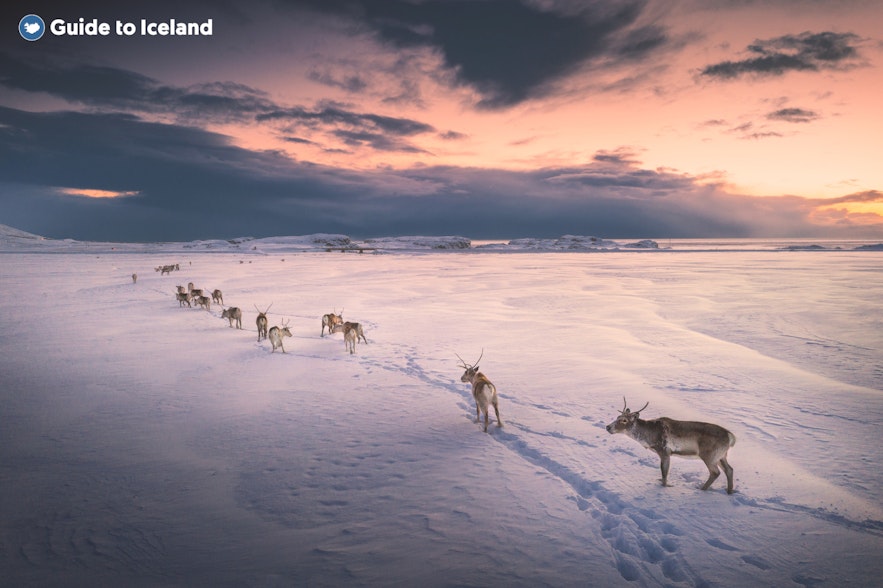 Like all land mammals in Iceland, except for the arctic fox, reindeer are not native. They were introduced here in the 18th century when Iceland was still under Danish rule. The king of Denmark believed that the animal would thrive here and sent some over to breed.

Over the years several herds were established throughout the country, but due to harsh winters, the only one surviving to this today is in the Eastfjords. The reindeer of the Eastfjords are wild, and their numbers are estimated to be almost 7000.

Each year a lottery determines which hunters are allowed to shoot reindeer with between 1,200 and 1,300 permits being given. The lottery is drawn in the first week of February and visitors have the same chance as locals do of landing a permit.

The hunting season mainly exists as a means to maintain the wild reindeer population to control damage to the Icelandic environment. Each permit allows the hunter to shoot only one reindeer and it is the most expensive animal to hunt in Iceland. A permit can cost up to 200,000 isk.

Reindeer hunting requires a great deal of walking and stalking. Most hunters use 4x4 vehicles as a way to get through the difficult terrain to get closer to the animals.

The reindeer hunting season starts in July and concludes in mid-September. 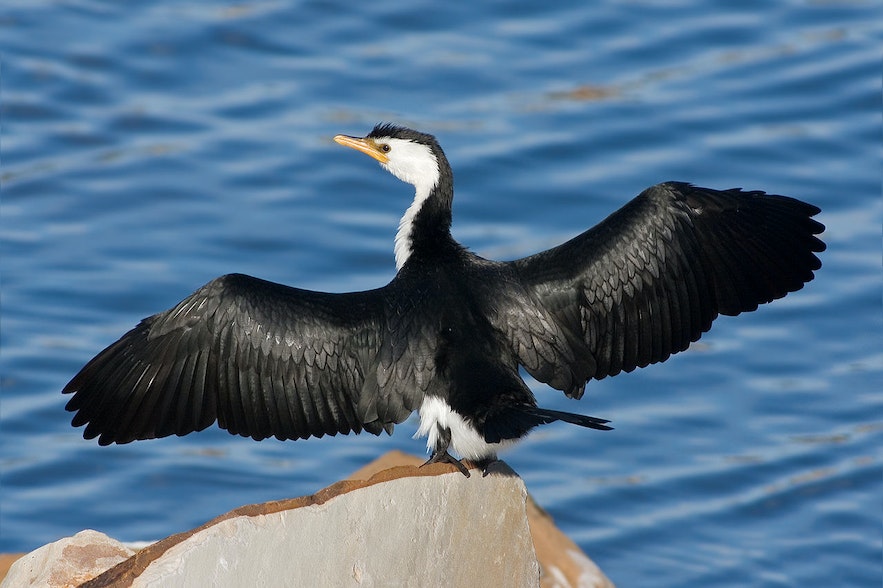 Photo from Wikimedia, Creative Commons, photo by gailhampshire. No edits made.

There is a quite extensive list of seabirds that are permitted for hunting in Iceland, but the most common are the cormorant and the guillemot. These birds are more hunted for trophies than meat.

The season for most of the sea birds runs from September 10th to May 10th and the best time for shooting specimens for mounting is from January to April. 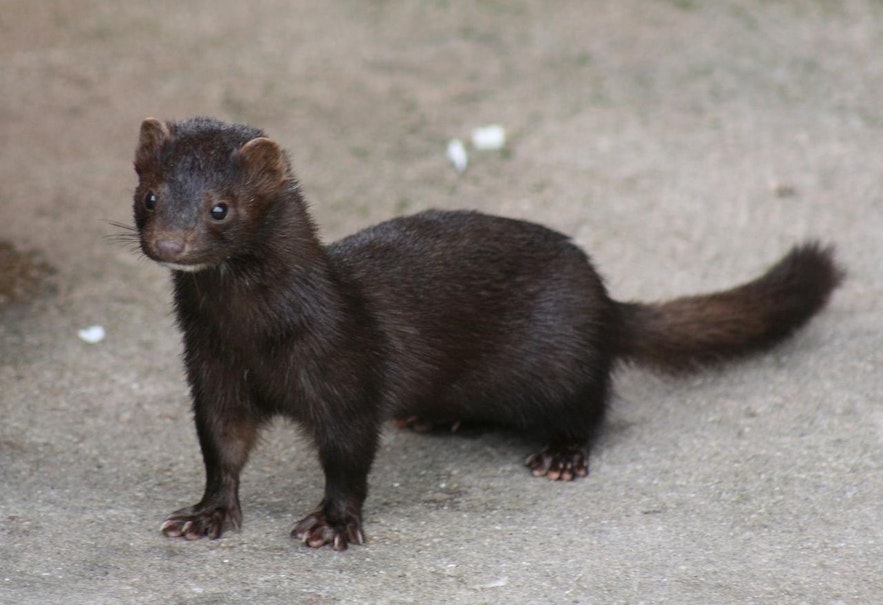 Photo from Wikimedia, Creative Commons, by Patrick Reijnders. No edits made.

The mink was introduced to Iceland from Norway in 1931. The original animals were brought here for commercial breeding for fur and were never intended to be released into the wild. They escaped not long after their arrival and began spreading across the country.

This animal adapted swiftly to the harsh environment of Iceland and began having adverse effects on native flora and fauna. It’s believed that the mink directly contributed to the eradication of the water rail from Iceland.

Minks also eat native birds and their eggs, which negatively affects their numbers. Although they are small in size, minks are also able to kill sheep. All of these reasons have made the mink an official pest in Iceland, meaning they are the only wild animal that you are allowed to kill without a permit. Unfortunately, the mink is not something visitors can hunt.